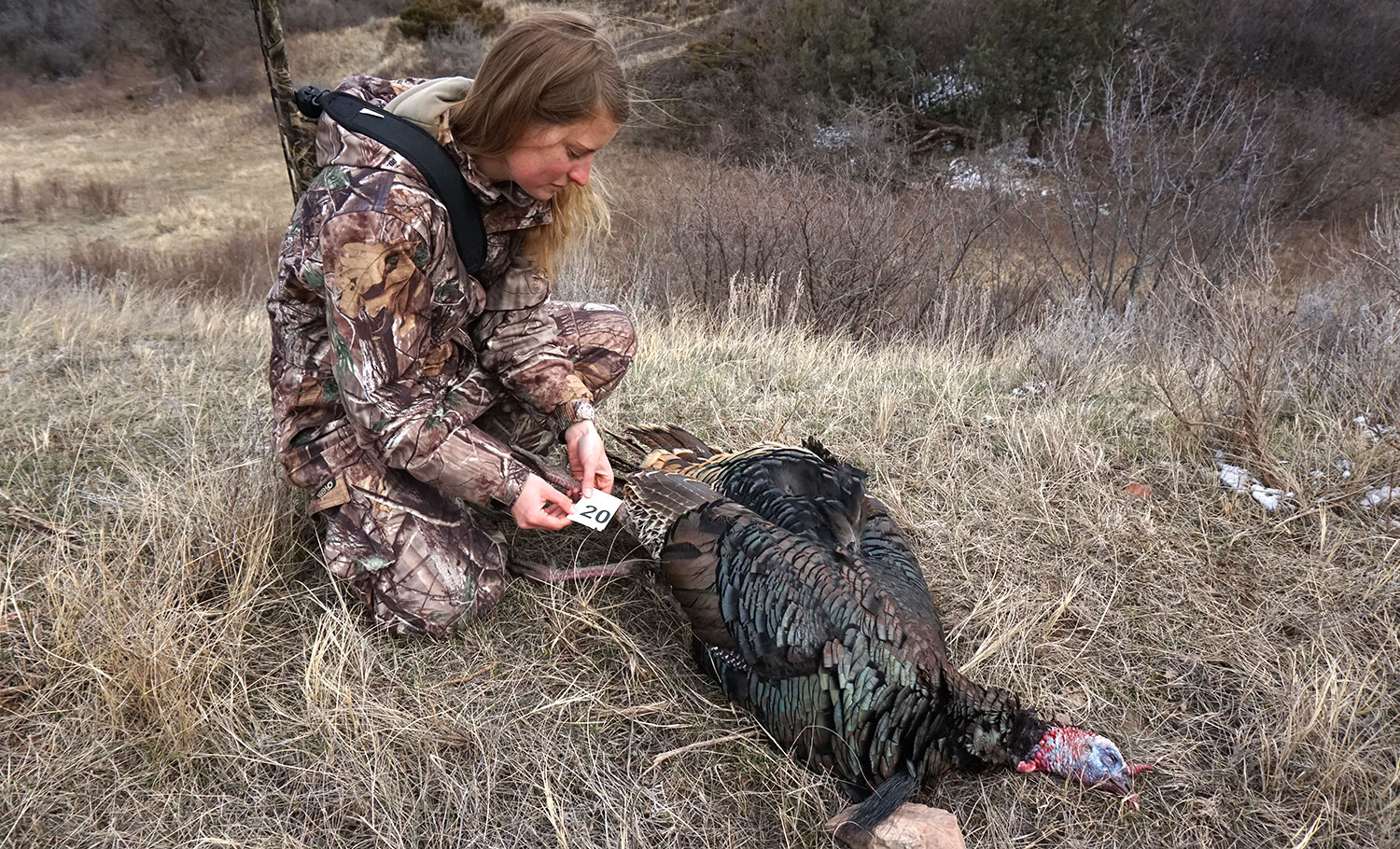 By this time last year after a successful hunt in western North Dakota, a beautiful, wild Merriam tom turkey was cached in our freezer, minus what was sacrificed to make a batch of turkey nuggets.

Wild turkey is undeniably my favorite wild game meat. Coupled with close encounter gobbles and yet another reason to spend time in western North Dakota, turkey hunting has rapidly gained my admiration and has developed into somewhat of an obsession.

Unfortunately, I’m beginning to worry about the prospect of turkey nuggets this spring as we, certainly not for the lack of effort, have yet to pull the trigger. Fortunately, the camo chest freezer tucked into the corner of our “gear room” downstairs is plenty full of wild meat and memories from 2020. 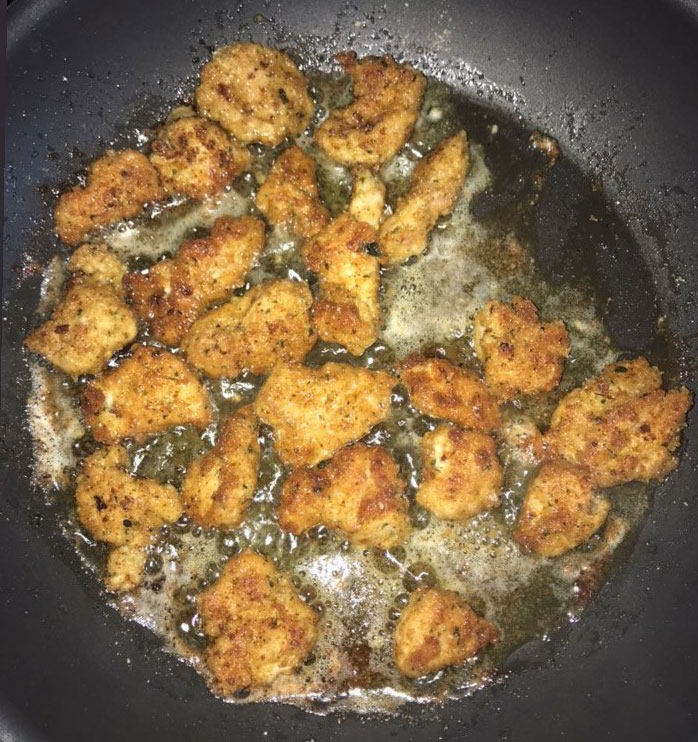 Recently, to further my commitment to eating wild game as often as possible, mixed with a dash of avoidance for mundane sandwiches, I’ve been experimenting with ways to take wild game on the go.

There’s something magical about using past adventures to fuel future ones. A fall filled with more points and flushes than ever left us with no shortage of pheasant meat, so rather than pack bologna for turkey opener lunches this year, I opted to bake a whole pheasant, shred and cover in buffalo sauce. Wrapped in tortillas with shredded lettuce, green onions and bleu cheese, the buffalo pheasant wraps provided the fuel to put on the 30 bird-less miles we did that weekend.

Further, frying pronghorn taco meat on the propane stove next to the darkhouse spearfishing hole last February emitted an aroma of fall. Thoughts of long, hot September days distracted me from the subzero temps. Topped with cheese and salsa, the mix of flavors and memories was darn right delicious. And when several weekends this summer find us camped on a lake shore in search of walleyes, muskies, or simply a sun burn, venison brats on the campfire or sliced goose sausage atop macaroni and cheese, will pair perfectly with a cold beverage after a long day in the boat.

And when the nonresident waterfowl opener lands around the same time as our first true cold snap, our house will be filled with friendly faces awaiting the warmth of fresh venison chili in the crockpot or duck enchiladas in the oven. We’ll share stories from the morning, or years past, as we quite possibly savor the fruits of those hunts.

I’m filled with a medley of tastes, emotions and connections to what it means to be human and it’s a feeling that’s tough to describe but became so transparent to me last year after harvesting that tom. 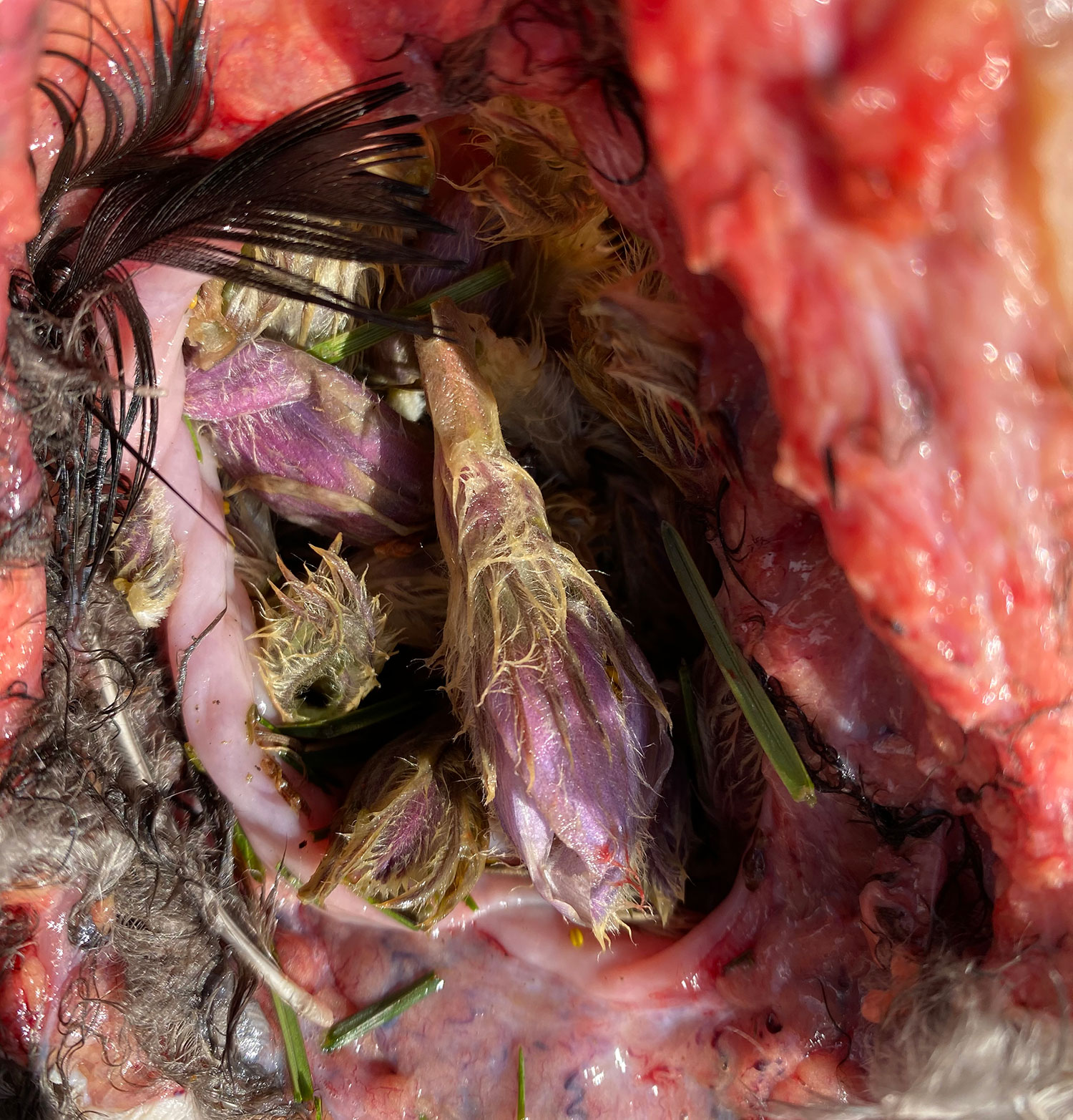 Pasque flowers inside of turkey crop

As it often does, my curiosity got the best of me and I opened the crop of that turkey after getting the breast and leg meat in the cooler. If you’re unfamiliar, the crop is a pouch near the throat that is used to temporarily store food, which enables the bird to ingest a large amount quickly and then move to safer cover to more slowly digest.

Aside from pure interest, the contents of the crop can also provide valuable information on seasonal forages or habitats to target for future endeavors. But I admit, I was pretty surprised at what I found. The crop was full of pasque flower, or prairie crocus buds, often recognized as a quintessential sign of spring on the prairie, reassurance, despite a few more snowfalls, that warmer days lie ahead and life on the Northern Plains will soon be reawakening.

I eat wild game, not only because it’s lean, natural, sustainable and comes with a story each time, but because, quite literally, I’m being fueled by the habitats that equally feed my soul.

In this case, spring on the prairie. 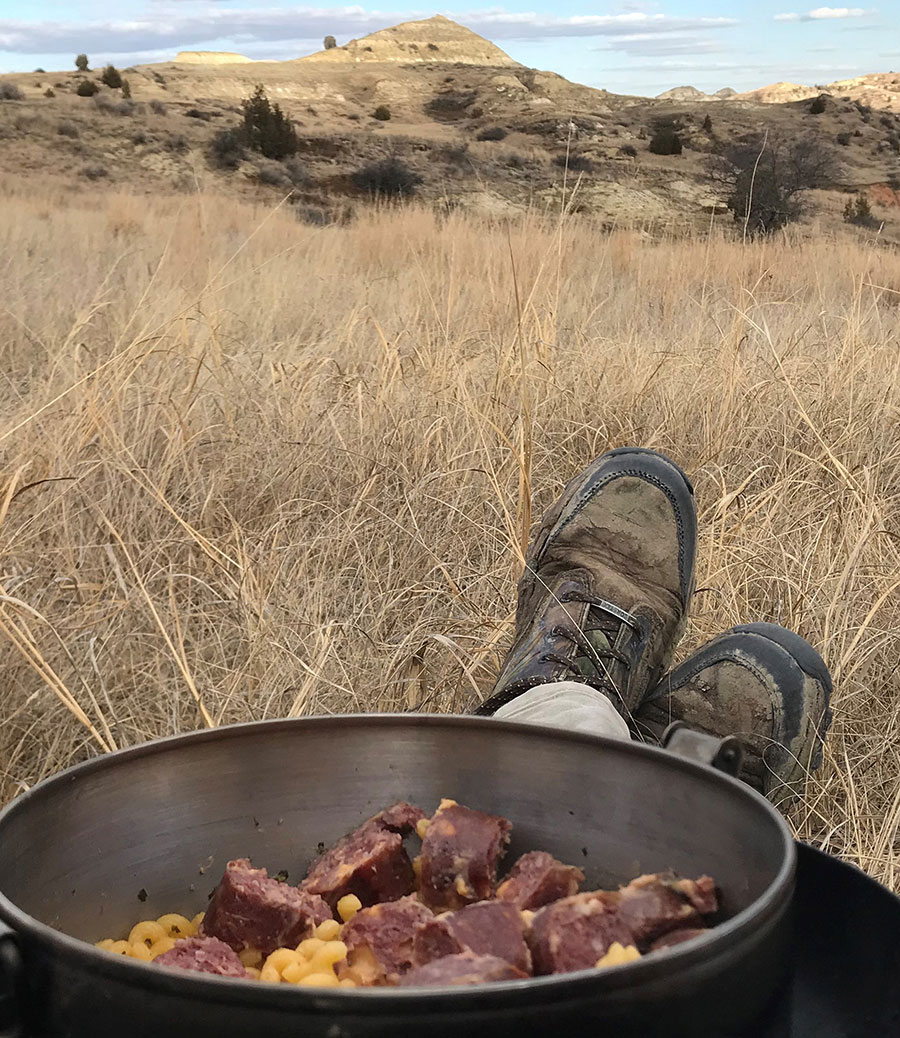