An Introduction to The Drift

If you look on my fridge, amongst a few save the date cards, oil change coupons, magnets and bragging board-type photos, you’ll find a handwritten note to “Cayla’s Boss” that reads: “Cayla will need to be home by the fall of 2019 because we will miss her,” signed Cayla’s Dad. 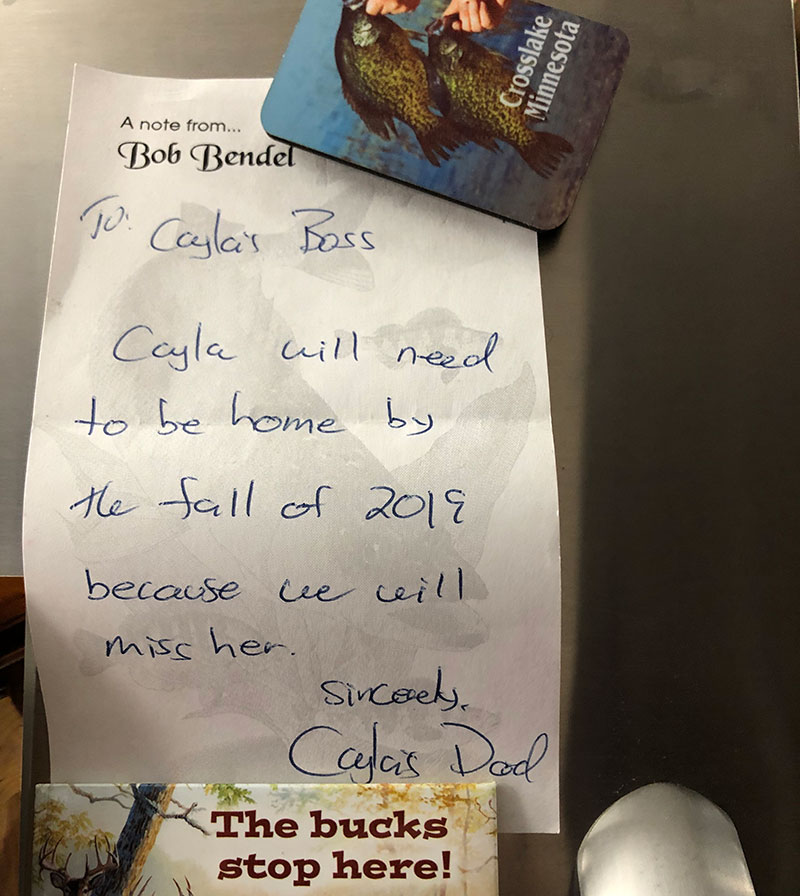 Dad left it after helping me move into a rental duplex in Bismarck in July 2017 for what was a 2-year position. While the credit goes to Mom for the confidence and drive to be self-sufficient in my pursuits afield, the spark that ignites my love for the outdoors always comes back to casting a jig in Dad’s boat for whatever was biting.

The feeling of slack line going tight and the ensuing mystery on the other end of the line was addicting, still is. But what hooked me on this lifestyle wasn’t the thousands of dinky sunfish, it was long summer days in the boat, sipping on HI-C, arguing with my brother over who got the coveted backseat, watching loons swim beneath the boat in shallow bays, and getting a few more casts off the dock under the stars, while Dad trailered the boat. Carefree days like that were such a stark contrast to the mundane. They provided perspective at even a young age, yet drifted by too quickly.

Days like that fueled my decision to study natural resources management at the University of Minnesota Crookston. While there, I was introduced to people my age who also had this inexplainable addiction, something I hadn’t found much of in my suburban hometown. 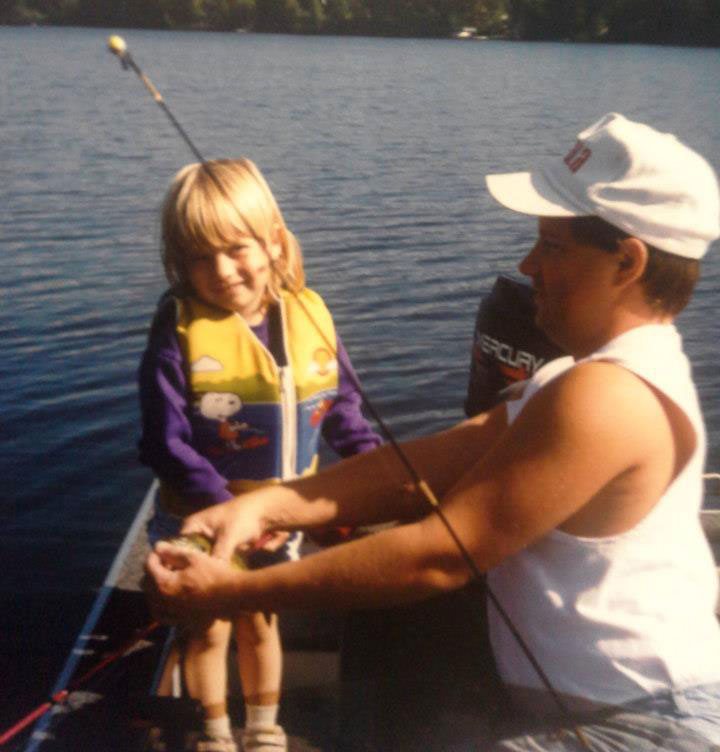 My experiences with hunting and fishing began to grow as classmates helped me harvest my first waterfowl, catch catfish on the Red River and hang a deer stand where I harvested my first doe with a bow. I quickly became fascinated with this interface between humans and wildlife and had my eyes set on pursuing it as a career.

While visiting one of said college classmates in Fargo to ice fish, I found myself saying a hesitant yes to a Master’s program at North Dakota State University, and shortly after graduating, saying yes to an intriguing position in Bismarck connecting women to conservation and the outdoors. Unintentionally, I was drifting west, farther from the pines and lakes that molded me. I, too, planned to be home in 2019.

What I didn’t see coming, was falling in love with the prairie. North Dakota’s diverse habitats and resources provide an abundance of opportunities, many of which can be reached in an hour or less from Bismarck. Suddenly, the weekend adventures I held so dearly, became possible every day of the week. And in many ways, we have North Dakota’s geography and habitats to thank for that.

To the east lies the Red River Valley, once the bottom of glacial Lake Agassiz, harboring some of the most fertile soils and home to some of the last remaining tall grass prairie. West from there, the Drift Prairie, a transition zone where glacial deposits formed rolling hills and prairie potholes. I tread here often, whether between ice auger holes, or deep into the muck of a secret gadwall hideaway. 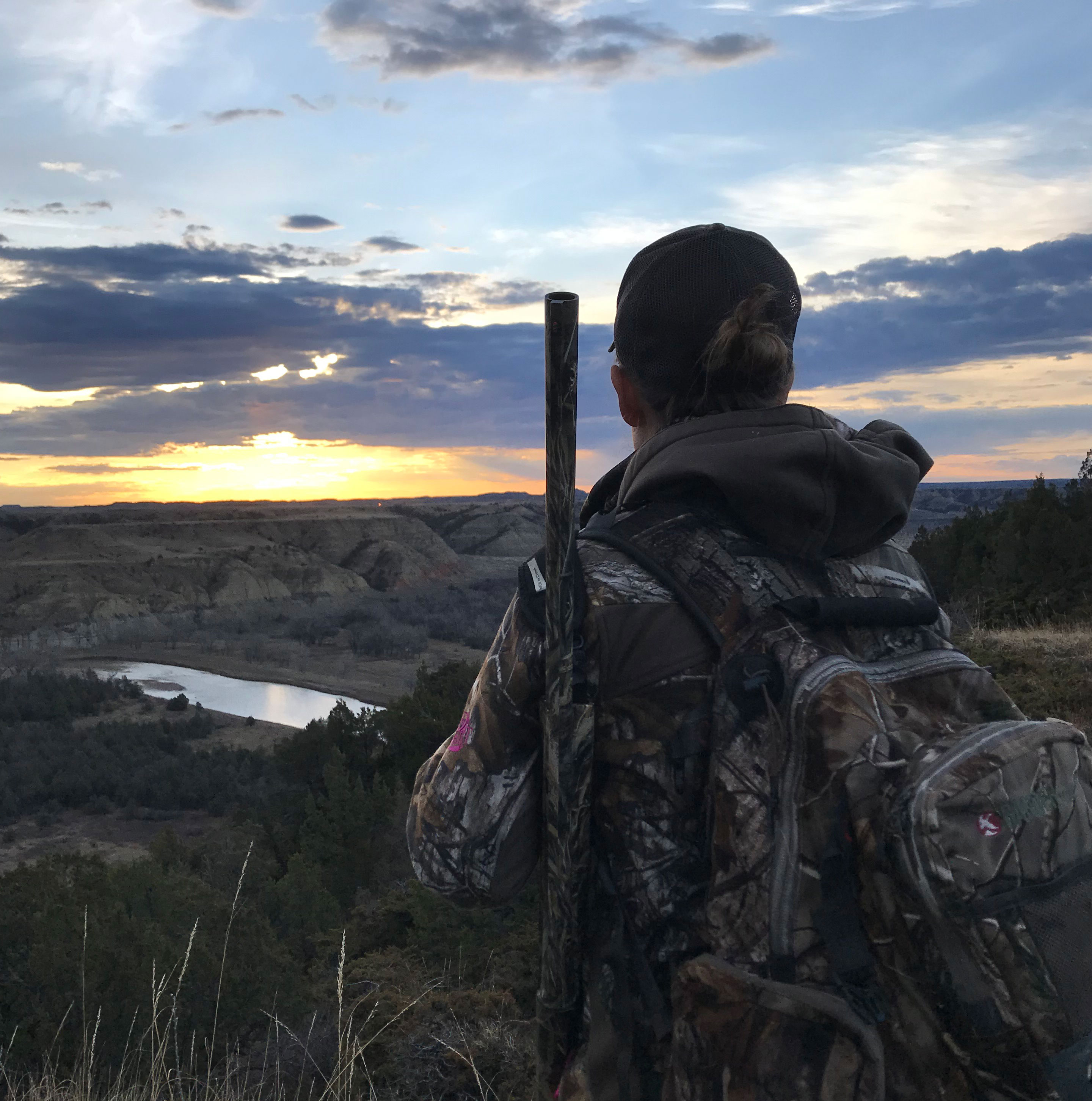 Farther west still is the Missouri Plateau, covered by mixed and short grass prairies, that is dramatically interrupted by scoria buttes of the badlands. It’s hard to step foot here and not feel connected to your past. It’s a feeling that I can’t get enough of and frequently inspires unjustifiable day trips just to get a taste of it.

Whether you are searching for ways to create the type of days that drift by too fast, you unintentionally landed here and have yet to discover what North Dakota has to offer, you’ve long been a seeker of the wonders of the Drift Prairie and beyond, or you’re simply here for stories that remind you of the way you feel on carefree days spent outdoors (even if the words do drift a little here and there). I hope you choose to come along with me and celebrate how North Dakota really is an incredible place for outdoor enthusiasts to call home. It turns out (likely to Dad’s dismay) that in a way, I did find my way home. 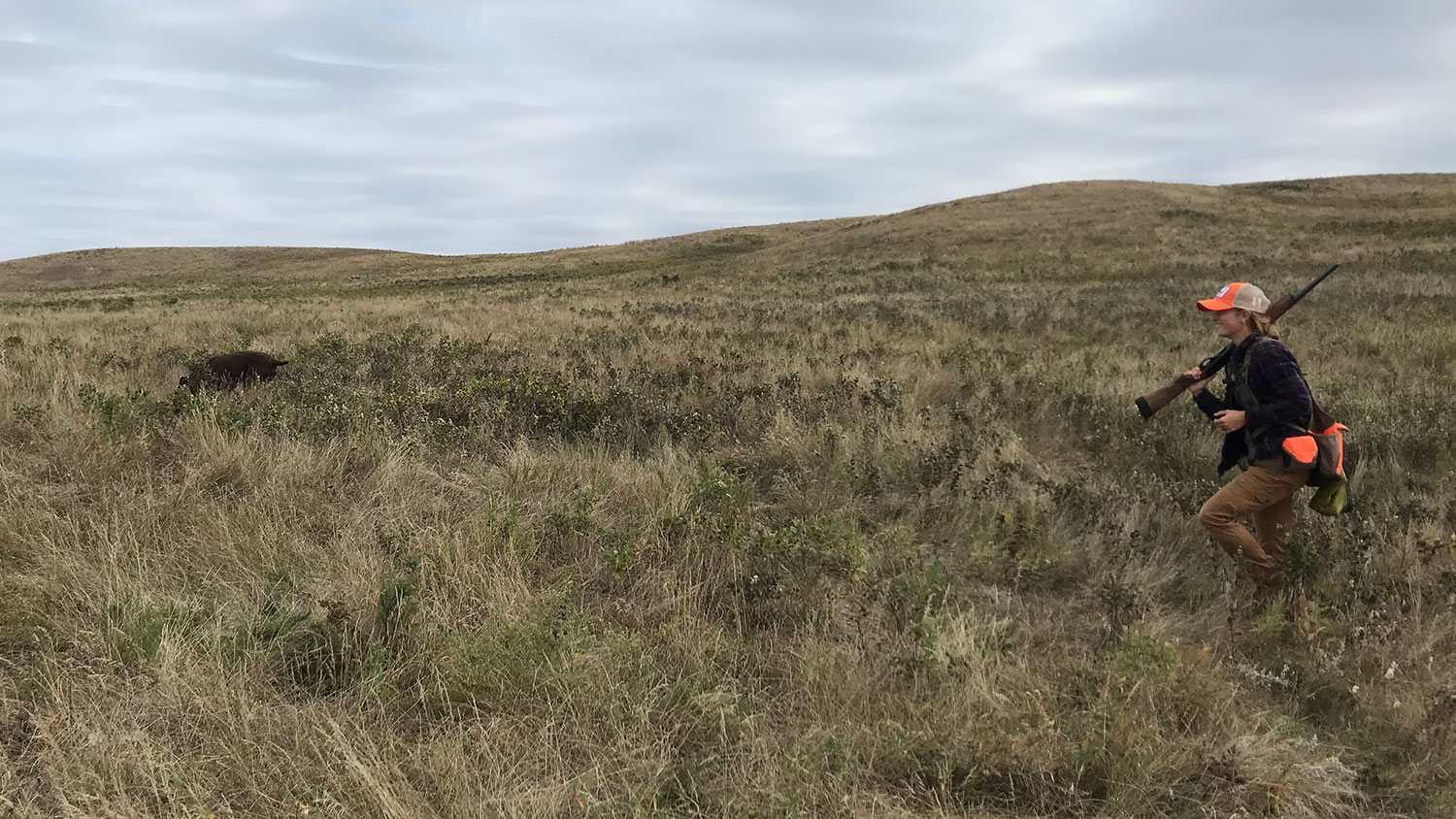