Other Duties as Assigned (Ep. 2)

“Other duties as assigned.” It is listed on almost every job description there is.

These tasks vary greatly. For wardens, they are determined by the region of the state, the wildlife and hunting seasons that exist. One duty we participate in from time to time is plain clothes work.

Typically, plain clothes work occurs in another warden’s district in an area where a problem has been identified, but the local warden is unable to address it for a variety of reasons such as location, timing, or violator familiarity.

On one such occasion in the spring of 2017, I was tasked with watching an area where there had been numerous reports of people exceeding their limit and snagging fish.

The day we picked to do the plain clothes work turned out to be overcast and a little windy, so the crowd was not as robust as we expected.

I picked a side of the road and began “fishing.”

While fishing, I was taking note of the other individuals present and paying attention to if and how they caught their fish, looking specifically for snagged fish.

The fish were not very active that day and the crowd thinned out to three young men and me.

I continued fishing and eventually hooked into a large carp.

As I struggled to land the fish, the three men took notice and came over and helped net the fish.

It was one of the biggest carp I had ever caught, and the only one I have caught on a daredevil.

I took a couple of pictures with the fish, and as I was about to release the fish back into the water, one of the young men asked me what I was going to do with it. I told him I was going to let it go.

The young man asked if he could have the fish as his grandfather liked to smoke them. I agreed and gave the young man the carp.

On the drive home, I spoke with the local warden from the district and explained what I saw that evening.

Despite not accomplishing our objective of catching the individuals we were looking for, the evening was a success.

A couple hours later, I got a call from a local hardware store. The owner wanted me to stop in the next day so I could certify a new state record carp that was caught that evening.

In my mind I was thinking it had to be a coincidence, there was no way that it was the same fish. 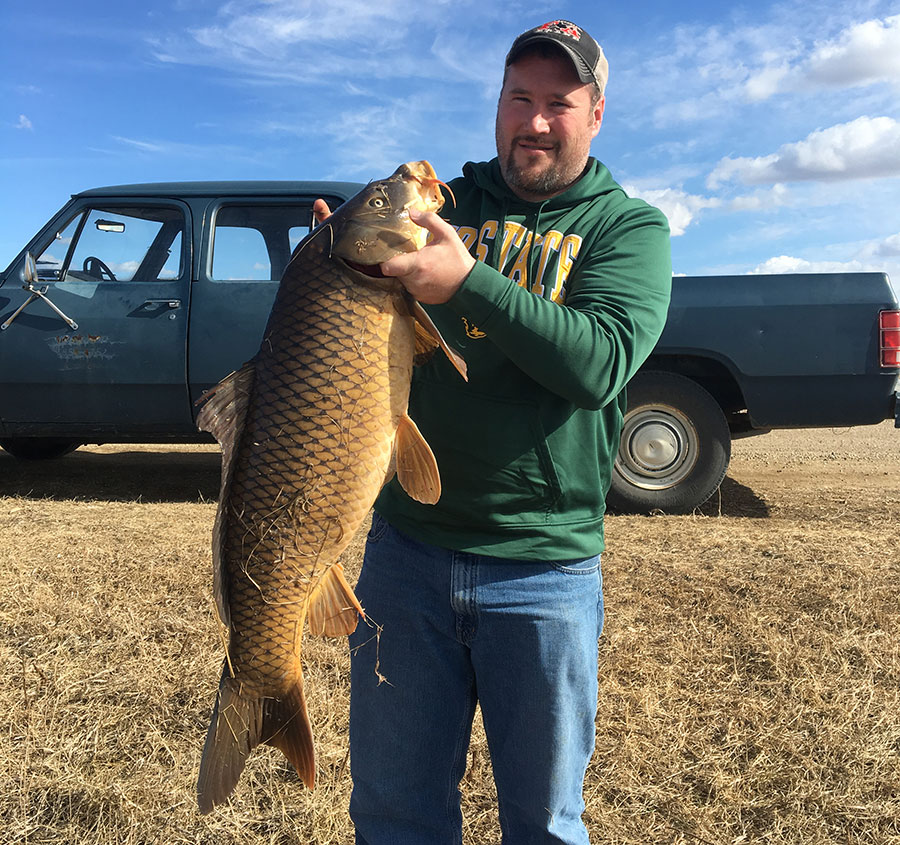 The next day I headed over to the hardware store and talked with the owner and looked at the application card.

Sure enough, the carp was caught at the water body I had been fishing and was caught on the same hook I was using.

The owner explained the story he had been given. The young men had brought the carp to their grandfather like they said, and the grandfather seeing the size of the carp thought they should get it weighed.

I explained to the hardware store owner that I could not certify the fish as I knew for a fact that the young man didn’t catch the fish.

The owner told me I would likely catch some heat from the grandfather as he was pretty proud of his grandson catching a state record.

I told the owner to tell the grandfather to talk with his grandson about who caught the fish.

I then called the young man who submitted the application card and explained that I was aware that he had not caught the fish and that he needed to come clean to his grandfather.

It always seemed odd to me, but nobody ever asked me how I knew that the young man didn’t catch the fish.

More Behind the Badge