Anyone who has been upland game bird hunting, no matter the species, knows the value of a well-trained bird dog. The solo hunter is only so effective, yet when paired with a good bird dog, the success rate for the team can be substantial. 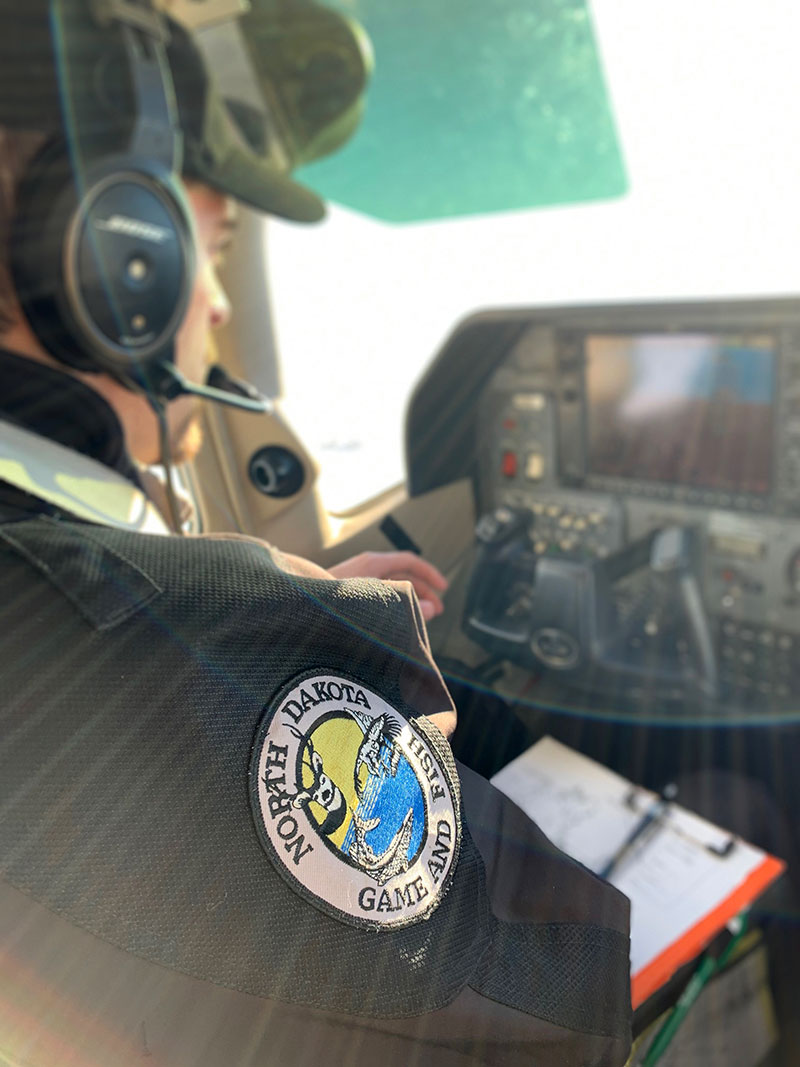 I apply this analogy and I think it fits well to my job as Game Warden Pilot for the North Dakota Game and Fish Department. I have the privilege of flying the enforcement airplane in support of ground patrols and acting as the “bird dog” for all the “hunters” (game wardens) across North Dakota. The time of year and the request of the warden dictates the focus of the patrol we conduct. Whether it be for waterfowl, upland, or big game hunters, one of the functions of the warden pilot and the airplane is to increase the efficiency and detection range of the warden much like the bird dog does for the hunter.

On September 25, 2021, Game Warden Lucas and I coordinated an early morning waterfowl patrol. The plan was to be up in his area around sunrise to help with detection of waterfowl hunters in his district around the McClusky area. Soon after taking off out of Bismarck, I saw on the computer system that Warden Schmidt was nearby. He working in the area just east and south of my location near the Long Lake National Wildlife Refuge. I figured if he needed any help, I would easily be able to do a quick search on my way up to the scheduled patrol area.

I run the same Computer Aided Dispatch software in the airplane as our wardens use in their pickups. With the great situational awareness this CAD system provides, I’m able to see the locations and movements of all our game wardens signed on to the system. At the same time, they’re able to see my location and movements in the aircraft as well.

I contacted Warden Schmidt on the Game and Fish Department’s radio channel and he requested that I search around his location for any hunting groups. I was able to find four different groups, with one field check resulting in two citations and a warning. While continuing my route to Warden Lucas’ location, I worked my way along the Burleigh-Kidder County line. I saw on CAD that Warden Erck from Bismarck was working duck hunters in the area. I was able to mark about six GPS waypoints and forwarded them to him for planning purposes. When I arrived over Warden Lucas, he was set up watching a group of waterfowl hunters. Warden Lucas said he heard some shooting coming from a few miles to the east of his location and asked me to locate the group. I was able to find them, plus an additional five groups within about a 10-mile radius of Warden Lucas. 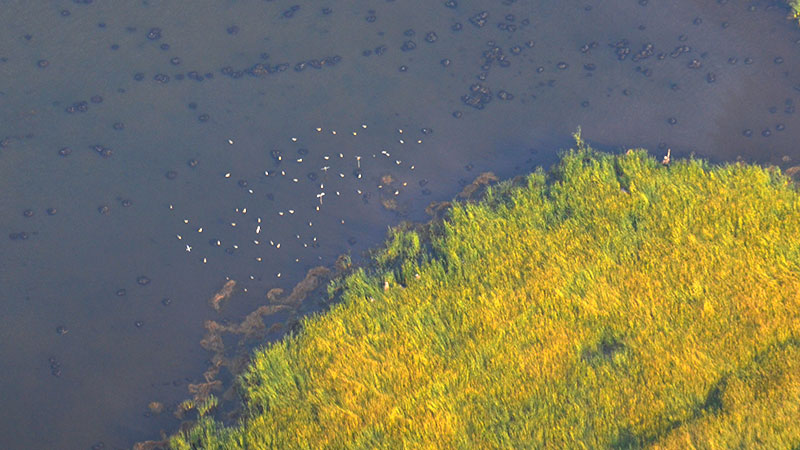 When I locate these groups, I’m able to drop waypoints and forward the locations to the wardens. This is very helpful as I pre-load the wardens with the information and they can decide on how and when they want to use it. They choose which groups they have time to go watch or check. Some additional information I usually include are the number of vehicles and descriptions of each, vehicle movements, decoy spread locations in the fields or on the water, fastest routing to the locations, as well as the best way to get into the areas to check the hunting groups.

From my vantage point, I’m able relay to the wardens when certain groups are packing up and getting ready to leave. In the airplane, I can maintain watch on any groups the wardens’ request. This gives them the freedom to check a group that may be leaving without missing a field check on the group they were currently watching. If the hunting party I’m watching for them starts to pack up, I can easily relay that information to the warden so they can plan accordingly to get back in time for the field check.

Timing is everything in these situations and the airplane helps with lining it all up.

One of the groups that Warden Lucas contacted ended up having an over limit on mallards and a duck stamp violation. With Warden Lucas issuing citations for those violations, coupled with the other waypoints I provided to him; I was released to go find some work for another warden. I took a quick peek at the CAD computer and saw that Warden Skuza and Warden Sperling were close together near the town of Douglas north of Garrison. I turned the plane to the northwest and headed in their direction. I also saw that Warden Supervisor Olson was in an area that was along my route. I contacted him to see if he wanted any help from the plane and he said he was responding to a call and would be tied up for a while. As I flew over his location, I was still able to find a few groups along the way and I forwarded their locations. 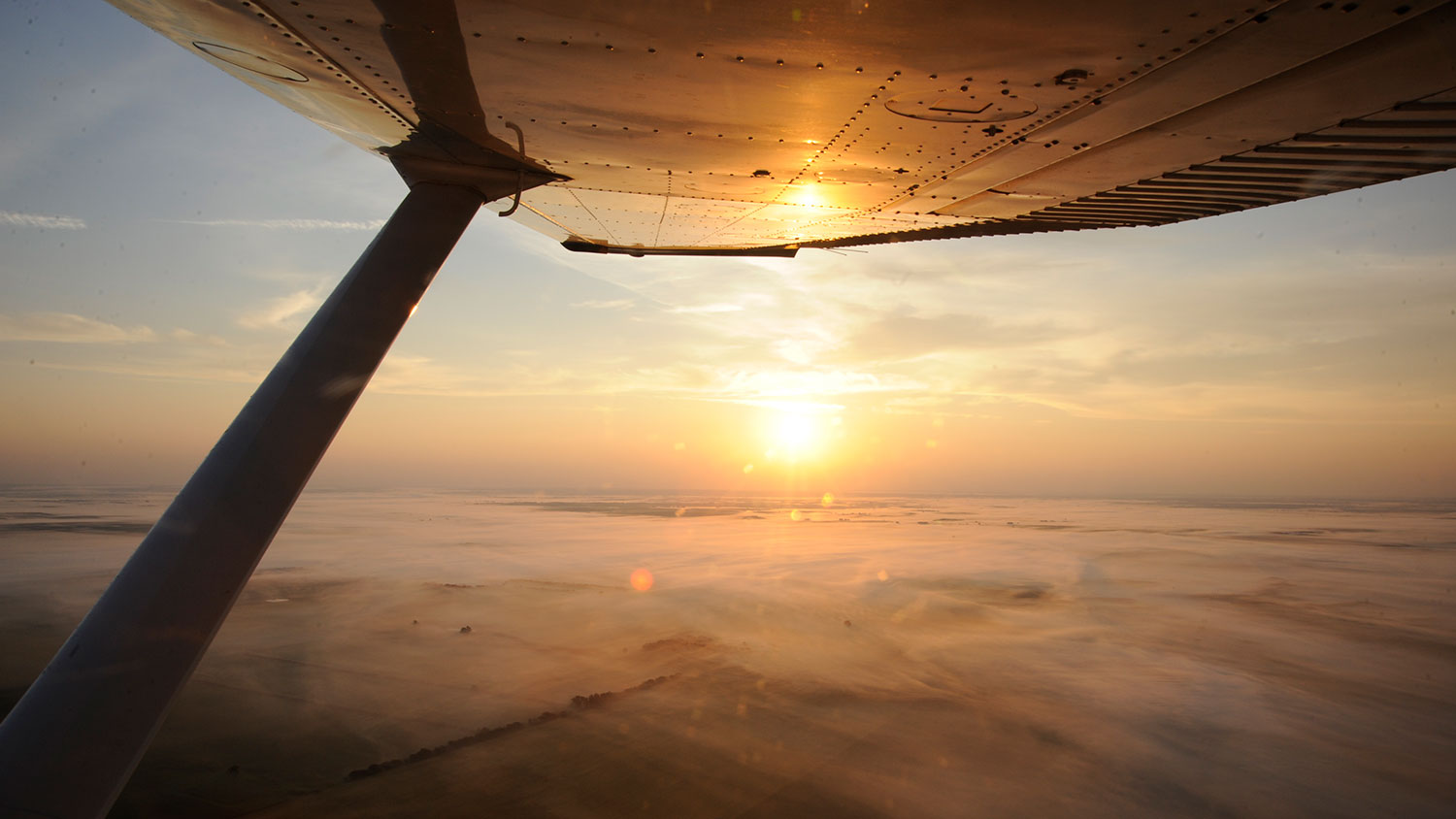 It only took me about 20 mins to make it to the area where Warden Skuza and Warden Sperling were located. About 3 miles south of their location, I spotted three pickups parked in the middle of a wheatfield. There was a group of about five people standing in the field, but I didn’t see any decoys out. Considering that it was later in the morning, I guessed that the group had just finished packing up and was going to leave very soon. I radioed to Warden Sperling and asked for him and Warden Skuza to head south to contact this group.

As I circled and waited, I watched one individual from the group walk over to a nearby slough and throw a goose into the cattails. Shortly after, the group loaded into their vehicles and began to leave the field. I radioed my observation to Warden Sperling and told him to expedite his travel. As the pickups exited the field onto a gravel road, two of them turned west and the other, a red pickup, turned east toward U.S. Highway 83. Warden Sperling and Warden Skuza were about 2 miles away inbound from the west. Warden Sperling was able to make a head-on stop with the two vehicles. Warden Skuza continued past them to catch up to the third pickup. From my altitude, I was able to maintain visual on both the red vehicle and Warden Skuza as he was approximately 5 miles behind. The red truck turned north as it made it to U.S. Highway 83. Warden Skuza was able to catch up and performed a traffic stop on highway 83 north of Max. Wardens Skuza and Sperling had the hunting party return to the field. I was able to walk Warden Sperling directly to the location of the dumped goose in the cattails. One of the members of the hunting party received a citation for wanton waste.

Following this violation, I was able to put Warden Sperling on two additional field checks. On my way back to Bismarck, Warden Skuza asked that I check a well-known hunting area in his district for any hunters still out. I determined there were no groups in the area, saving Warden Skuza a long drive just to go check.

Overall, I worked for six wardens spanning six counties. I flew for 5 hours and 10 minutes, covering 612 miles and was able to provide approximately 21 field checks resulting in four citations and one warning.

Most upland game hunters know the general statistic that their bird dog usually covers about 3-4 times as many miles as the hunter. The average patrol mileage for a day in a warden truck is about 150-200 miles. In true “bird dog” fashion, the airplane falls into that 3 times the hunter mileage ratio quite well, all the while increasing the efficiency, detection range and effectiveness of the “hunter,” or in my case, the warden.

And that was only one day during duck season. 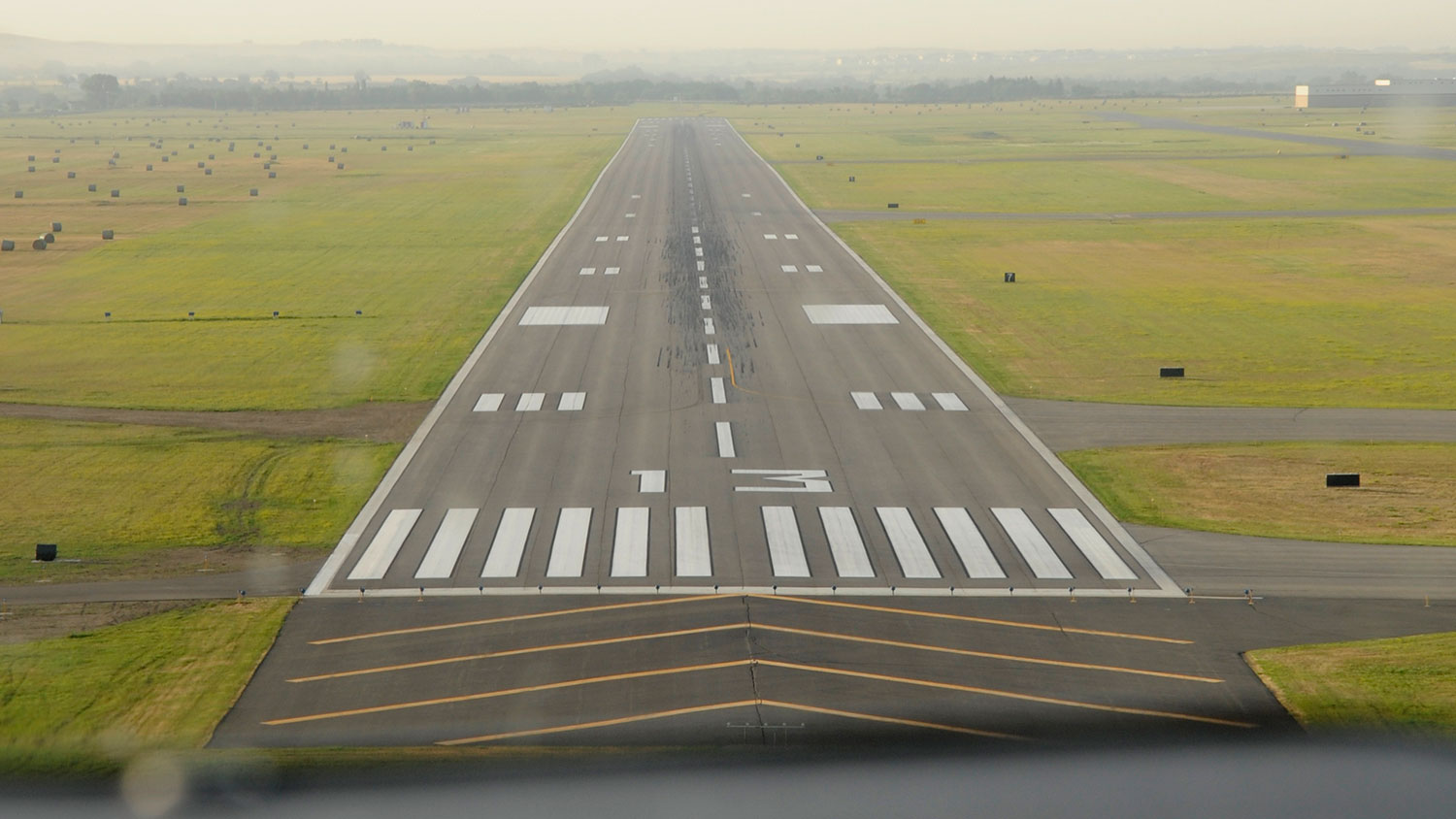 More Behind the Badge