On August 16, 1916, a century ago, the United States and Canada signed the first Migratory Bird Treaty. Today, tomorrow and the next day, as the days become shorter and the leaves turn and fall, the fruit of that significant agreement can be seen and heard, as many species of birds migrate overhead to wintering grounds.

“It’s hard to imagine the North American continent without egrets, ducks, hawks or songbirds, but at the turn of the 20th century, that’s the way things were looking,” said Dan Ashe, director of the U.S. Fish and Wildlife Service in a news release announcing the centennial of the significant accord. “This treaty marked a turning point in the fate of our shared bird life, and it continues to this day to unite efforts in the United States and Canada to protect birds across our international boundaries.” 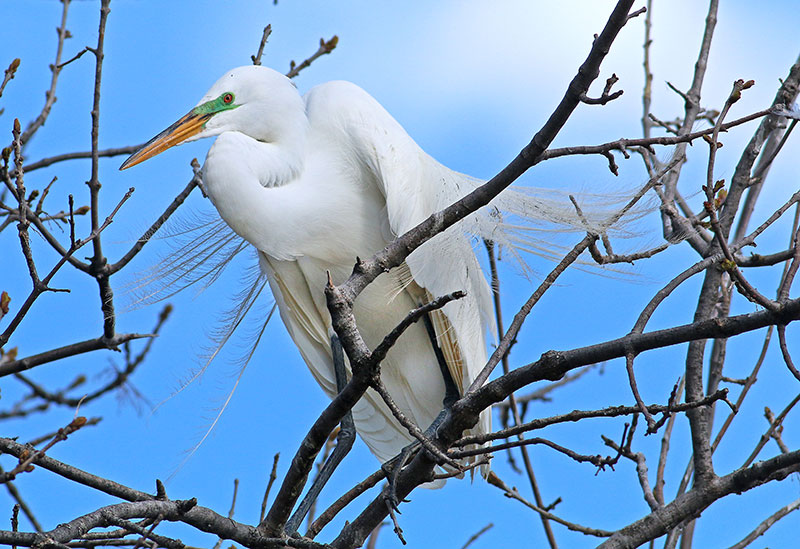 Great egrets, and other migratory birds, were nearly driven to extinction a century ago because of unregulated harvest for feathers for the millinery trade.

At the time, the United States was about a year away from entering World War I, Great Britain signed on behalf of Canada to protect these shared natural resources. The treaty was the first international agreement to protect wild birds and among the first to protect any wildlife species.

“The U.S. and Canada are really important to migratory birds because they provide core breeding areas for birds, especially waterfowl that hunters enjoy, which migrate throughout the continent,” said Mike Szymankski, North Dakota Game and Fish Department migratory game bird management supervisor. “When the treaty was signed, it really was an extraordinary thing. There are not many compacts like it in the world.”

Ratification of the treaty 100 years ago was significant, Szymanski said, because many species of birds were in trouble, and the agreement between countries initiated a movement to help in the recovery of struggling populations.

Sandra Johnson, Game and Fish Department conservation biologist, said because birds don’t know political or geographical borders, the Migratory Bird Treaty provides a consistent commitment from the nations involved, to protect all birds that migrate through them.

“One of the success stories as a result of the treaty is the recovery of the great egret,” she said. “This large, all-white bird, with a yellow bill and black legs, was hunted to near extinction for its feathers. Now, because of the Migratory Bird Treaty, this egret was saved from extinction and even breeds in North Dakota.” 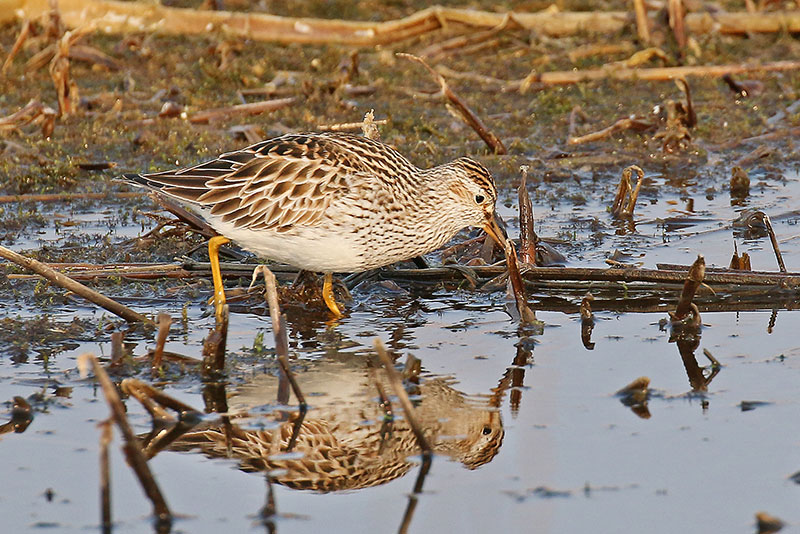 The pectoral sandpiper is just one shorebird species that nests in the arctic tundra and migrates though North Dakota, crossing the international borders.

Johnson said there are about 375 species of birds that are possible to see in North Dakota. While a smaller number of those are quite rare in the state, about two-thirds breed in our wetlands, grasslands and woodlands. The other third, she noted, rely on those same habitats to rest and replenish during seasonal migrations.

“While some birds are highly visible and captivating to watch during their migrations, or provide abundant hunting opportunities, such as snow geese, others that are not so well-known are just as amazing,” Johnson said. “Many shorebirds, such as black-bellied plovers and buff-breasted sandpipers, migrate from their arctic breeding grounds through the Central Flyway, to their wintering grounds in southern South America, tallying upwards of 20,000-25,000 miles of flight time per year.”

After the treaty was signed, Szymanski said hunting seasons on groups of birds were closed for a number of years. Also, as a result, carefully guided frameworks for some migratory birds, such as waterfowl, were established.

“That probably has the most impact for hunters” he said. “It really sets the sideboards for what we can do with our hunting seasons, as far as only being able to be open for migratory birds between September 1 and March 10.”

According to the frameworks established in the treaty, Szymanski said hunting seasons are closed until the Secretary of the Interior opens them.

“So, every year after our hunting season ends for ducks, geese or whatever, it’s done and not opened by our hand until it’s opened by a federal register process each year,” he said.

While this historic treaty is applauded a century later as a conservation coup, likely saving some migratory bird species from going extinct, Szymanski said it could also be celebrated as the catalyst for establishing other conservation. 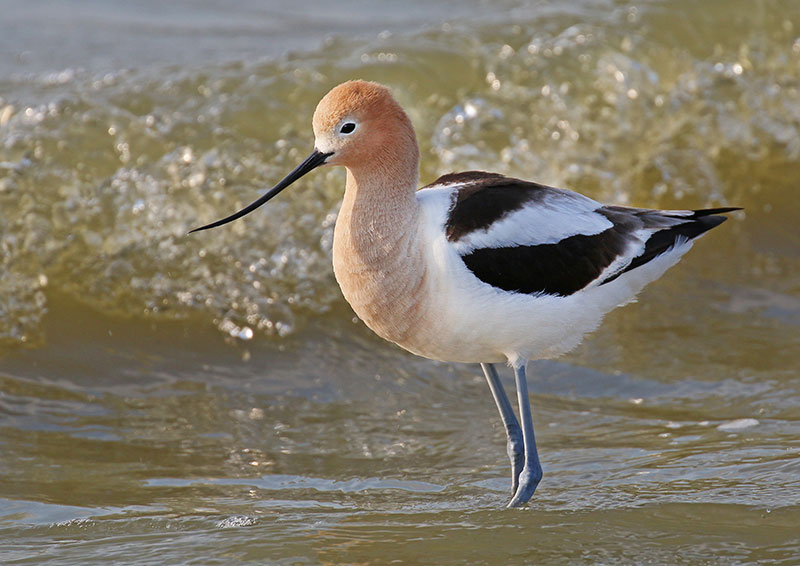 While North Dakota is host to many migrating birds big and small, the American avocet is one of the more recognizable species.

“Having habitat for these migratory species is what drives everything,” he said. “I think the treaty really set things in motion because (18 years) later, the Duck Stamp Act came into play.”

In 1934, President Franklin D. Roosevelt signed the Migratory Bird Hunting Stamp Act, or Duck Stamp Act, in an effort to stop the destruction of wetlands vital to the survival of migratory waterfowl. Under the act, all waterfowl hunters 16 and older must annually purchase and carry a stamp.

Since 1934, more than $800 million dollars has gone into that fund to protect millions of acres of habitat.

“Without these landmark pieces of legislation, we’d probably be in tough shape with some of these migratory birds,” Szymanski said.