I often wonder what our predecessors would think about some of the issues that seem to consume so much of our time today.

There's no doubt they were plenty busy dealing with important issues, but it seems unlikely they spent any appreciable amount of time addressing the Endangered Species Act, zebra mussels or chronic wasting disease.

Conversely, I do suspect that increasing wildlife habitat, the equitable allocation of lottery licenses and gauging public sentiment are timeless issues that were likely at the forefront from the beginning of modern fisheries and wildlife management.

Technology continues to make us more efficient in a number of areas. In 2015, North Dakota lawmakers passed a bill that mandated all hunting and fishing licenses be sold electronically starting April 1, 2016. With the exception of a few glitches, the transition to an all-electronic licensing system last year was relatively smooth.

The Game and Fish Department still accepts paper lottery applications, but there are some distinct advantages to submitting applications electronically, and the number submitted online continues to climb.

Twenty-plus years of being more wet than dry has left us with a record number of actively managed fishing lakes across the landscape. Department fisheries biologists are working at a steady pace to maintain those fisheries and provide reasonable access.

These could very well be the glory days of fishing in North Dakota and we encourage anglers to take full advantage.

Based on public input at district advisory board meetings in late fall, most areas of the state were beginning to see at least a modest increase in deer numbers. We recognize not everyone was fortunate enough to get their deer license of choice in 2016, but those who did seemed to have had an enjoyable deer hunting season.

Deer populations are influenced by a number of factors, including hunter harvest and weather. The one thing that can temper all of those factors, though, is plentiful and quality habitat. Understanding this, we continue to deliver the message that habitat is the foundation upon which all wildlife and fisheries populations are built.

As I look out my office window at the time of this writing in late December, I have some serious concerns about what the end result of this winter will mean for terrestrial wildlife, particularly deer and pheasants. This is even more concerning, given the fact that North Dakota has far less habitat on the landscape than it did just a few short years ago.

Let's hope that this is an example of a winter that came in like a lion, but went out like a lamb. 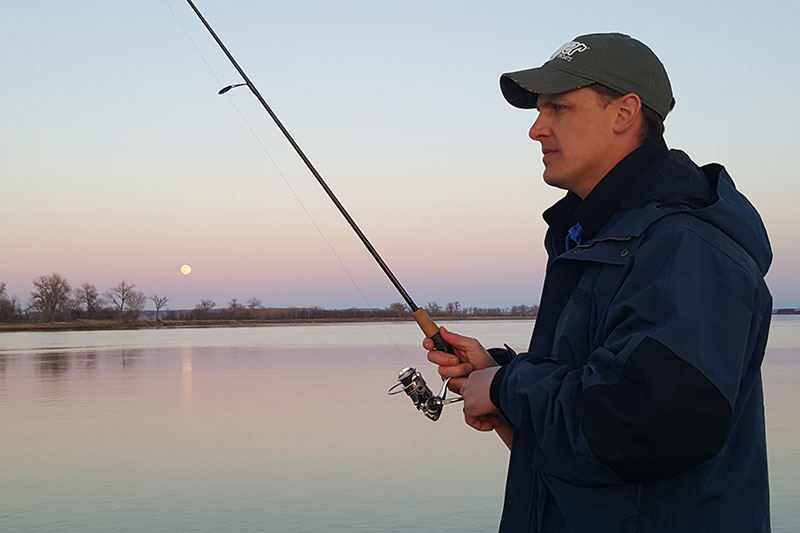 While the Missouri River System and Devils Lake garner most of the attention from anglers, fishing opportunities for many fish species are at a high all over North Dakota.

Generally wet conditions across much of North Dakota the last five years, coupled with aggressive fisheries management, have helped produce excellent fishing opportunities in many locations.

According to Game and Fish Department statistics, anglers purchased a record number of fishing licenses in each of the last four years, with an all-time high of nearly 223,000 resident and nonresident licenses reached in 2015-16.

Again in 2016, North Dakota boasted a record number of managed fishing waters. That means options for finding a place to fish close to home, or farther down the road, are better than ever.

With North Dakota's recent growth in prairie walleye fisheries, Game and Fish biologists stocked a record 150-plus lakes across the state with nearly 11 million walleye fingerlings in summer. This was made possible by record production of 10.4 million fingerlings at Garrison Dam National Fish Hatchery, probably the most walleyes ever produced at a single hatchery anywhere in the country.

The top three fisheries in the state, which hasn't changed for many years, were Lake Sakakawea, Devils Lake and Lake Oahe/Missouri River.

During fall fish survey work, when fisheries biologists evaluated fish spawning and stocking success, it was found that Sakakawea produced the fourth highest young-of-the-year catch of sauger since 1970; walleye numbers were relatively good due to natural reproduction and stocking efforts; and a lot of young-of-the-year smelt were found in the stomachs of other fish, indicating good smelt reproduction.

While the Missouri River continues its recovery from the flood of 2011, biologists found gizzard shad at all sites from Garrison Dam to Lake Oahe. While Oahe had its highest gizzard shad count since 2008, overall forage in the reservoir is still lacking. 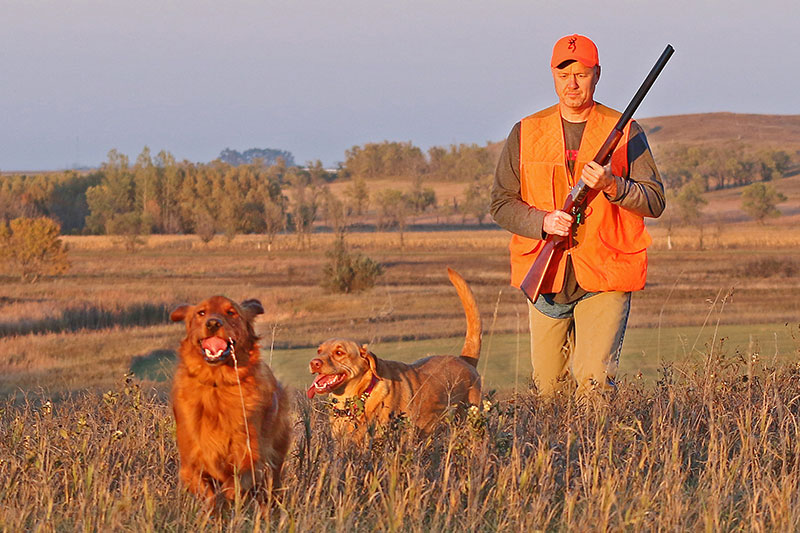 Hunters and anglers noticed a change in 2016 before they even got outdoors, as a law that required all licenses to be purchased electronically went into effect in spring.

A law that requires all hunters and anglers to purchase licenses through the Game and Fish Department's electronic licensing system took effect April 1. That means paper licensing booklets are no longer used at any license vendors in North Dakota.

The elimination of nonelectronic licenses got rolling in 2013, when the state legislature passed a law requiring each county auditor to implement a computerized online licensing system by March 2015.

Legislation also provided for the Game and Fish Department to assume responsibility for allocating and tracking hunting and fishing license sales within the state.

Overall, this switch to all-electronic licensing was mostly a smooth transition for the agency and hunters and anglers. 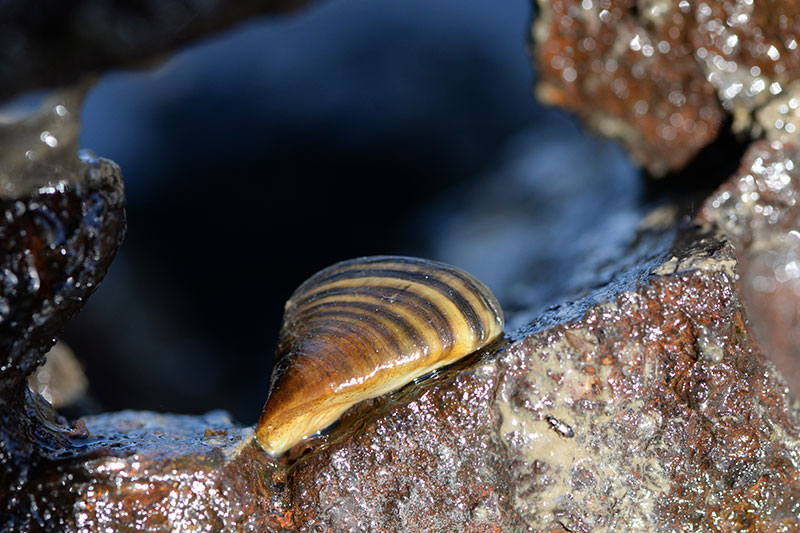 While fisheries biologists are uncertain of the fallout of having adult zebra mussels in the Red River, what is certain is the effort to stop the spread of this aquatic nuisance species to other North Dakota waters.

North Dakota did not have any new aquatic nuisance species discoveries in 2016. That includes movement of ANS that are already in the state, or documentation of new species.

Emergency rules for the Red River, where adult zebra mussels were discovered in 2015, became permanent rules. In addition, a new statewide regulation was established that requires boaters to remove drain plugs and leave them out during transport. This also applies to draining devices being left open, and other types of equipment.

In 2016 Game and Fish for the first time hired seasonal staff through Valley City State University to conduct boat inspections. These students inspected more than 430 boats and surveyed boaters at high-risk waters, including Devils Lake, Lake Sakakawea and several waters in the southeast and south central fisheries districts.

Game and Fish biologists and cooperators also expanded early detection sampling for zebra mussels from 17 to 32 waters across the state, and ANS surveillance by fisheries staff was at an all-time high.

Other ANS prevention work included inspections of commercial equipment and bait from out-of-state vendors, and development and installation of signs designating the Red River as a Class I Infested Water.

North Dakota is fortunate to this point to have few problems with ANS. The cooperation of our state's anglers and boaters in helping keep new infestations to a minimum is much appreciated. 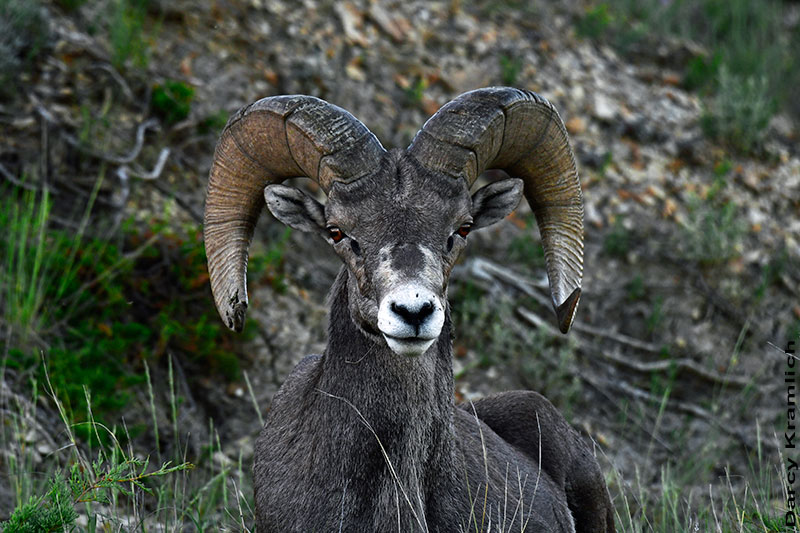 Heading into fall, Game and Fish biologists reported good numbers of mature rams on the landscape, despite a bacterial pneumonia outbreak on the bighorn sheep population in western North Dakota that started in 2014.

After closing the bighorn sheep hunting season in 2015 to assess the severity of a bacterial pneumonia outbreak in the population in western North Dakota, Game and Fish allocated eight bighorn sheep licenses in 2016.

Game and Fish announced in February that the bighorn sheep hunting season status would be determined after completion of the summer population survey. Typically, the license drawing is held in spring, but with the chance of even more sheep dying in summer, the drawing was held in September.

License numbers were determined by assessing the age structure and total number of rams in the population. The July-August survey in 2016 showed a minimum of 103 rams in the badlands, an increase of 18 percent from 2015. The ram count was the highest on record.

Bighorns continue to die of pneumonia in western North Dakota, but at a much slower rate. This is the second outbreak in the state's sheep population, the first coming in 1997 when about 100 sheep died.

The Game and Fish Department is considering the possibility of offering a river otter season in 2017. This topic was brought up for discussion at fall district advisory board meetings and will continue in spring.

Wildlife biologists said data collected and research findings indicate that river otters have recolonized most areas of the state where they occurred historically, and they have inhabited the Red River Valley and its tributaries for about 15 years.

If approved, the season would likely open statewide November 27, 2017 and continue through March 15, 2018, with a season harvest limit of 15. 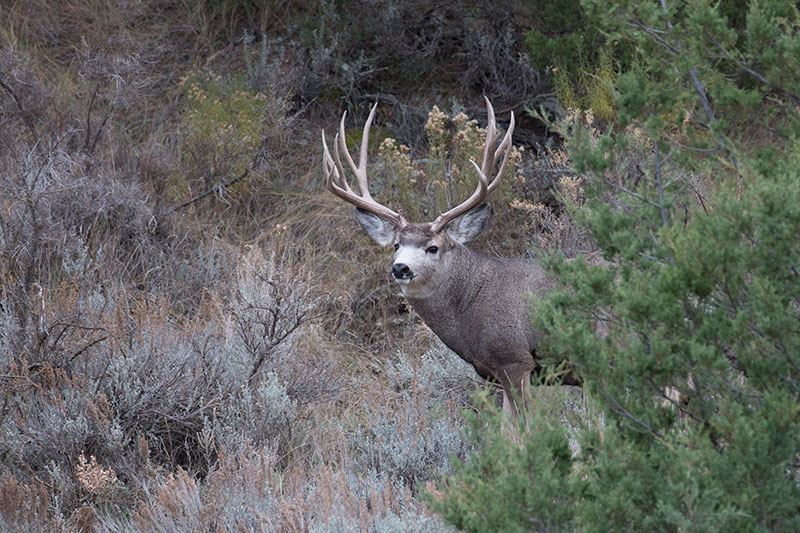 Mule deer in the North Dakota badlands continued to show signs of recovery in 2016. Last spring marked the fourth consecutive year the spring mule deer index was higher than the previous year. Not all the bucks in the survey, of course, look like this mature buck.

The Game and Fish Department's fall mule deer survey indicated that mule deer had another good year of fawn production.

The mule deer population continues to recover following the devastating winters of 2008-11, with its third consecutive year of fawn production near or above the long-term average.

From 2012-15, Game and Fish did not issue any antlerless mule deer licenses in eight badlands hunting units. In 2016, a limited number of mule deer doe licenses were made available in three units. 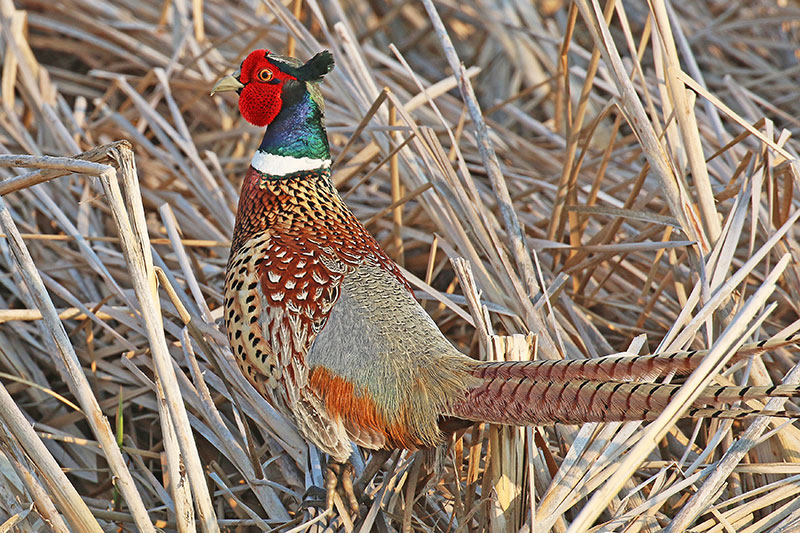 There was some optimism concerning upland game birds in 2016 because the winter prior was noticeably warmer, with little snow accumulation across North Dakota’s pheasant range, and birds got through winter in good shape. Yet, late summer surveys showed that pheasant numbers were expected to be down in 2016.

North Dakota's 2016 roadside pheasant survey indicated total birds and number of broods were down statewide from 2015.

The survey showed total pheasants were down 10 percent from last year. In addition, brood observations were down 7 percent, while the average brood size was down 8 percent.

The number of broods observed during the Department's July brood survey was up 10 percent from 2015, and 36 percent above the 1965-2016 average. The average brood size, however, was down 0.73 ducklings. 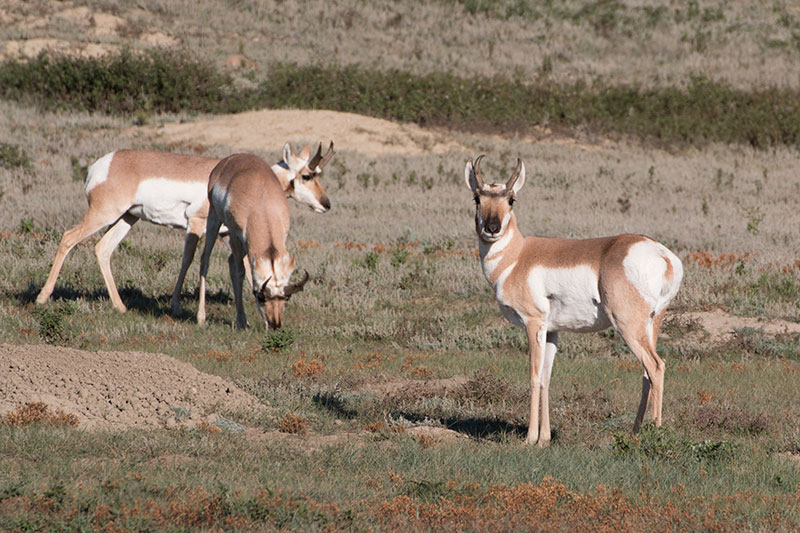 Game and Fish biologists conducted aerial surveys in early July and determined the number of pronghorn in the state increased by 34 percent from 2015, primarily due to a mild winter in 2015-16, and higher fawn production in 2016.

Recovery of the state's pronghorn population in western North Dakota is slow, but it continues.

The Game and Fish Department's aerial survey in summer determined the number of pronghorn in the state increased by 34 percent from last year, primarily due to a mild winter in 2015-16, and higher fawn production in 2016, with a fawn-to-doe ratio of 66 fawns per 100 does, which is slightly higher than the long-term average.

Statewide pronghorn numbers in 2016 were 94 percent higher than the low reached in 2012, but still nearly 50 percent below near-record high numbers in 2007.

The Game and Fish Department's annual midwinter waterfowl survey indicated a record 222,890 Canada geese in the state in early January. In addition, more than 15,000 mallards were tallied statewide.

A wolverine that was harassing livestock was shot and killed in McKenzie County. The last confirmed record of a wolverine in North Dakota was from the fur trading era in the mid-1800s.

Grant Werkmeister of Williston snagged a record 131-pound paddlefish on May 7 near the confluence of the Missouri and Yellowstone rivers.

530 archers competed in the North Dakota National Archery in the Schools Program state tournament in March in Minot.