There are no guarantees when it comes to ice fishing in North Dakota.

Considering the uncertainties of the weather, and how it influences freeze-up and access, anglers really never know how things are going to play out.

Last year, following a mild November, December bared its teeth in parts of the state with record snowfall and cold temperatures. Access to many waters was difficult or worse. 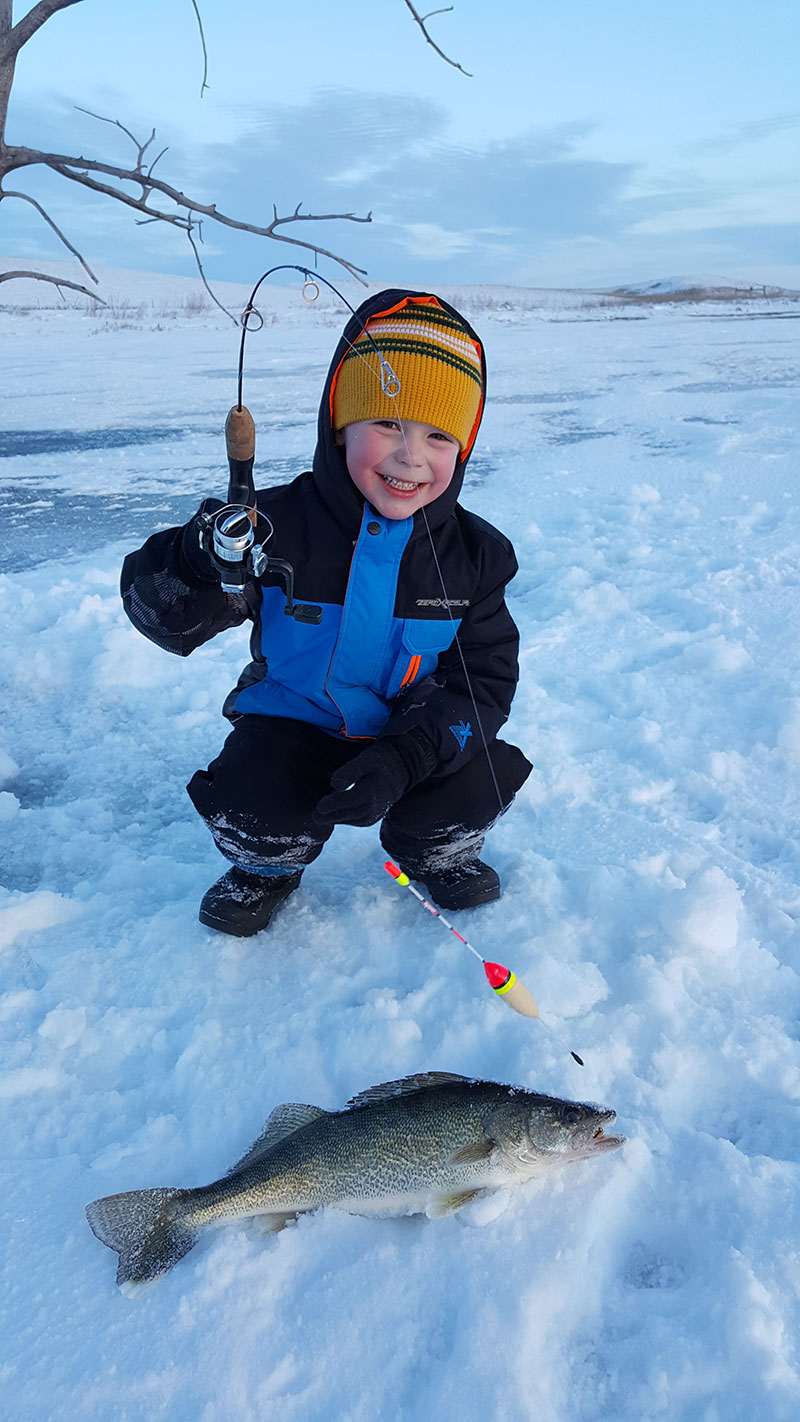 A nice walleye through the ice for a young angler.

“Ice fishing in North Dakota is really predicated on access and good fishing opportunities,” said Greg Power, North Dakota Game and Fish Department fisheries division chief. “Obviously, the weather is the one variable we don’t have control over.”

“What we’ve seen is that if you don’t get anglers on good ice, with good access, by the holidays, then they don’t often fish that winter,” Power said. “The lakes and the fish are out there, but it’s just a matter of anglers being able to gain access to where they want to fish.”

Typically, Power said, when access isn’t an issue, ice fishing accounts for about 25 percent of all fishing that occurs annually in North Dakota. In tough winters, where access is limited, this can drop to as low as 5 percent.

While blowing and drifting snow can, at times, make getting on a lake difficult, Power reminds anglers that the agency doesn’t provide access.

“If you see that an access has been plowed or blown out, it’s being done by a local fishing club or local landowners,” he said. “We don’t have the resources to maintain the 1,000-plus access sites around the state.”

The other side of the weather picture, and its likely influence on the ice fishing season and fish populations, is drought that gripped North Dakota in spring and summer.

Scott Gangl, Department fisheries management section leader, said that while many fisheries in North Dakota lost water to drought, not all lakes were affected the same.

“The last five or six years we’ve had increasing water levels and increasing fish populations,” Gangl said. “While our fish populations are still doing well, the concern is that when you lose water, you are losing fish habitat, and that increases the risk for winterkill.”

Even so: “I’m still pretty optimistic,” he added. “This one dry summer is not going to cause 40-50 lakes to winterkill. We’ve been so water-rich for years that many of our lakes are going to be just fine.”

Falling water levels particularly influence yellow perch, which are one of the more popular fish species for winter anglers.

“To have a year where we are actually drying out a bit is probably going to affect things like perch reproduction,” Gangl said. “We are probably not going to see a lot of perch this year because they really thrive on that flooded vegetation.”

“Right now, coming off a dry spring and summer, we’re kind of on the backside of the boom,” he said.

“We have to re-channel angler expectations away from perch to pike and walleye, which is not a bad thing because those opportunities are widely available,” Power said. “We have evolved to stocking many of the opportunistic perch lakes with walleye and this winter could prove to be pretty good. There are a scattering of lakes with 14- to 17-inch walleye that experience very little fishing pressure.”

Gangl said many of the former perch waters that have since been stocked with walleye were flush with fathead minnows, providing plenty of prey to the newcomers.

“Many of the waters were full of minnows and the walleye grew like crazy,” Gangl said. “A lot of these new prairie walleye fisheries will be the keystone of North Dakota’s ice fishing season.”

Fishing for Opportunities on Ice

What follows are a number of fisheries around North Dakota that, depending on ease of access and other factors, could provide good ice fishing opportunities for walleye, northern pike and other species. Some of the waters are only accessible in winter, while others see fishing pressure during the open water season. Game and Fish Department district fisheries supervisors and biologists have provided a short look at fish populations in each water to help frame ice fishing expectations. Following continued dry conditions and falling waters levels, some fisheries will be more susceptible to winterkill than others. 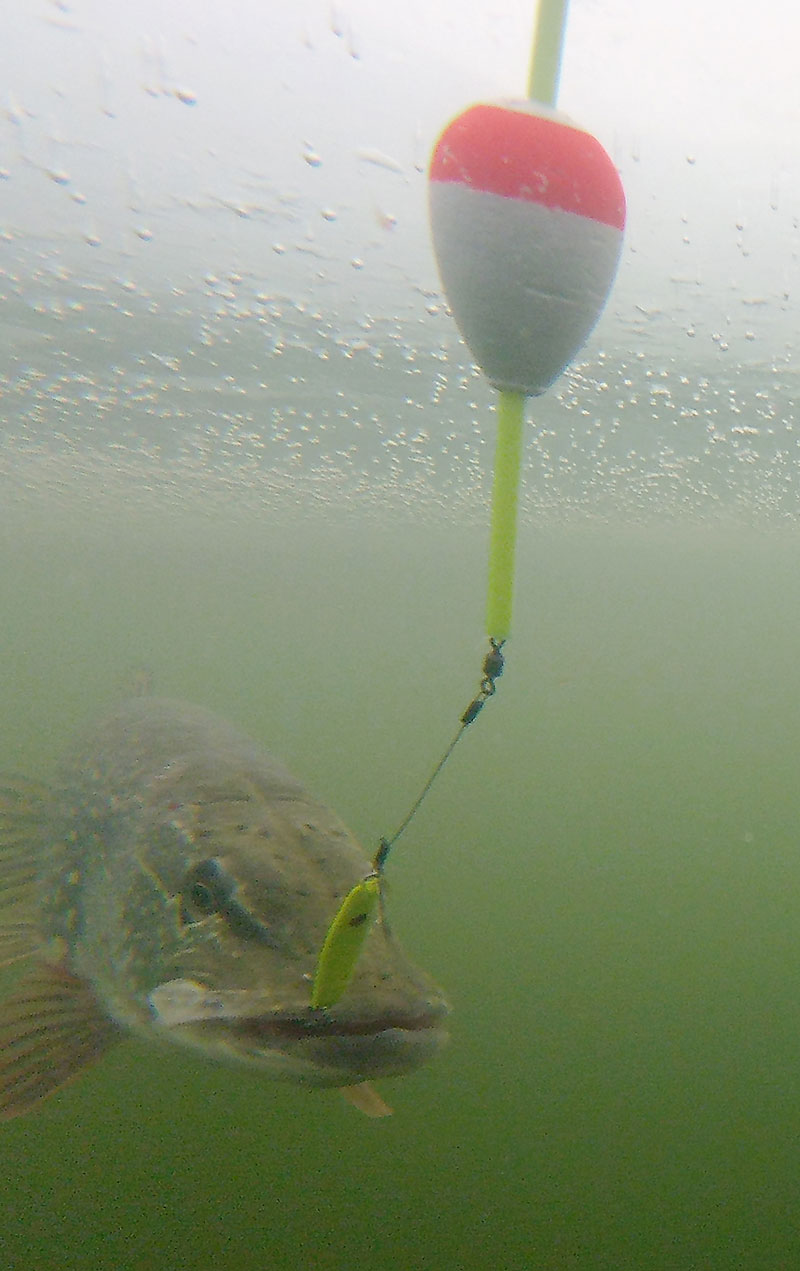 Those interested in darkhouse spearfishing that weekend must register with the North Dakota Game and Fish Department prior to participating. Registration is available online or through any Game and Fish office. Legal fish are northern pike and nongame species.