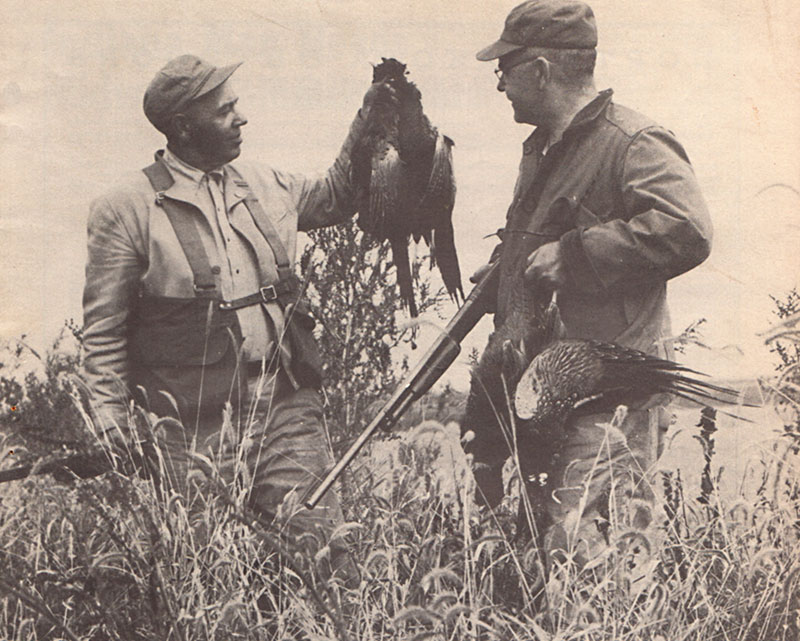 It’s difficult to wrap your head around the numbers.

Coming off a drought year that hurt pheasant reproduction and altered hunter success (2017 saw the lowest estimated pheasant harvest in nearly two decades in the state), the gaudy pheasant numbers in North Dakota during the 1940s are that much more difficult to comprehend.

It’s been estimated the pheasant harvest in the state was in the millions from 1940-46, and was underscored by the nearly 2.5 million birds that were taken in both 1944 and 1945.

These harvest numbers during what was called the Golden Forties, are even more impressive, considering shotgun shells were not readily available, gasoline was rationed, and many would-be hunters were fighting in World War II.

“The shortage of shells is what kept many hunters from taking to the field on the opening day. Only a small percentage of hunters were able to replenish their dwindling supply of ammunition … The War Production Board has promised Minnesota, South and North Dakota 12 (million) more shells, but they might not arrive until after the hunting season has been concluded,” reported the October 1944 issue of North Dakota OUTDOORS.

Pheasants and other upland game birds flourished back then as weather and an amazing abundance of wildlife habitat conspired to create ideal conditions.

Game and Fish Department wildlife managers reported at the time in North Dakota OUTDOORS that “we have never seen so many upland game birds … With an estimated upland game bird population of 15 million, it is going to be impossible to harvest the necessary number of birds … The state could stand to harvest 7.5 million birds.”

To help with this effort, nonresidents were encouraged to travel to North Dakota to help in the effort. Some, like W.L. McLallen of Canada, who couldn’t get over the number of birds he saw between Hebron and Bismarck from a train taking him to Chicago, decided he had to hunt, even though he didn’t have any gear.

According to the December 1944 issue of North Dakota OUTDOORS, “Bismarck friends pitched in and fitted him out with odds and ends of hunting togs, shells and gun.”

“I’ve hit the jackpot,” McLallen said in that dated issued of NDO. When he eventually boarded the train to Chicago, the nonresident hunter said he still couldn’t believe that there were that many birds anyplace in the world.