The Value of Fishing

Have you ever wondered why the diamond on a ring may cost $10,000 or more, yet it has no material utility other than to shine? Or why a teaspoon of salty fish eggs may run $100, even if the majority of people would prefer nothing more than just the cracker on which the eggs are served?

Economists use various terms for these peculiarities, but in the end it frequently comes down to societal values. These values are often determined by demand and markets based on consumption and desire. Value is a broad term that is inherently difficult to fully understand, but is driven by a balance of human wants and needs.

Readers of North Dakota OUTDOORS are likely outdoor enthusiasts who enjoy fishing and hunting. If you pick apart why we participate in these recreational activities, the word “value” will surface. But due to history, backgrounds, income and so on, we “value” our resources differently.

For example, while some people are willing to pay a lot of money for a North Dakota bighorn sheep auction license, many others are not willing to hunt prairie dogs even though no license is needed. 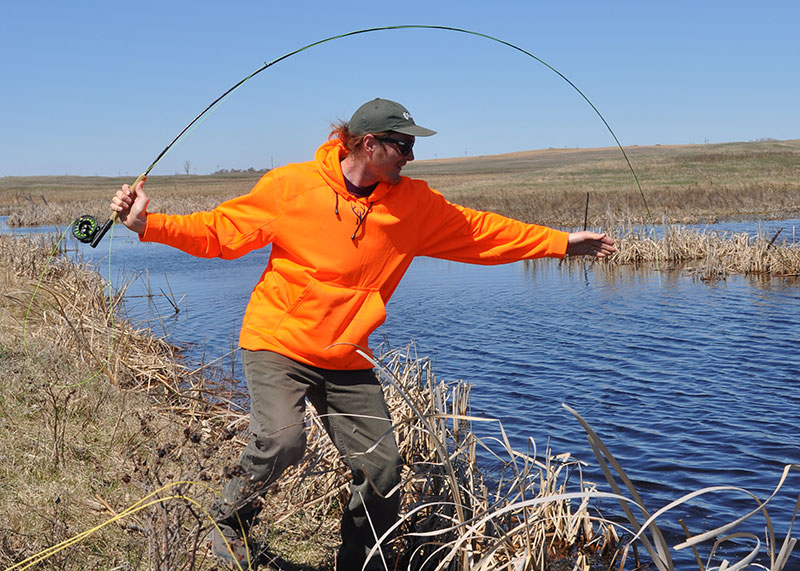 After a long winter of snow and cold, the value of fishing in spring for northern pike that have moved into shallow water, some anglers would argue, is high.

In simple dollars and cents, tracking value is doable as defined metrics that are often used. According to a 2012 North Dakota State University economic study, on average, resident anglers spent $178 per day of fishing. Cumulatively, fishing in North Dakota generates considerable money, as the annual gross business volume of fishing totals $885 million. That’s a lot of money by any standard, and it is obvious that a high percentage of North Dakotans participate in fishing and spend a lot of money doing it.

Interestingly, this same study also assessed how much anglers value fishing. Survey respondents were asked to place a monetary value on a single day spent fishing. According to the study, these values do not imply spending levels, but rather indicated a measure of the importance for the participant of time spent fishing in the state.

The average North Dakota angler valued a day of fishing in our state at $178. Of real interest was that these were independent determinations, one asking how much they did spend fishing, the other asking how much they valued fishing (in dollars), and both groups came up with the same sum of $178 per day.

The value of fishing is far more than just about money. Societal shifts over time often change the significance of value. For example, there was time in human development where availability of fresh water was not an issue for inhabitants, but they did expend a lot of time procuring salt. Fast forward to today, and we often witness on many levels shortages of fresh water, but seldom give any thought to how to find salt.

Changes over time have also influenced angler interests and how individuals value fishing. If you go back 35 years, the North American (including Lake Sakakawea, North Dakotas’ largest walleye fishery) average harvest rate for walleye (hours fished per walleye harvested) was 8.5. Today, on average, it takes less than 3 hours to harvest a North Dakota walleye. (Incidentally, the average angler will harvest 25 walleyes over the course of the year with fillets valued at nearly $500).

If fishing/catching would revert to one walleye every 8.5 hours of fishing, its highly likely many anglers would no longer fish. Today’s anglers still value fishing, but it needs to include “catching” far more frequently than what was the norm a generation or two ago.

Another change in the value system is the desire from some anglers to conserve large fish (especially walleye, and to a lesser degree, northern pike). It’s hard to argue that walleye fishing on North Dakota’s Big Three – Lake Sakakawea, Devils Lake and Lake Oahe/Missouri River – isn’t better today than it was decades ago. And despite respectable walleye harvest during that time, our fishing regulations have remained the same. Yet, the opinion of some anglers to conserve large walleye has changed.

Often nowadays when anglers legally harvest a number of large walleye and take them to a fish cleaning station, they are met with disapproval by fellow anglers. If the same event would have occurred 20-30 years ago, they would have been met with high-fives and backslaps. Even without good supporting biological rational, it’s obvious that some people value conserving large fish today more than yesteryear.

The evolving thought process of anglers has also shifted in recent years in terms of wanting to protect the intrinsic value of fish. When it comes to game fish, this has been most apparent with northern pike. Many anglers enjoy catching pike, but lose interest when handling the fish. 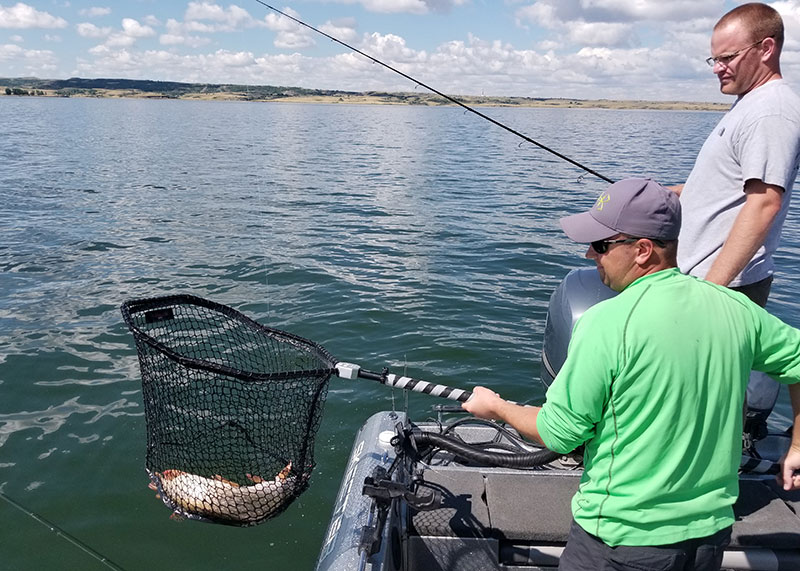 The value of fishing, be it from shore, in a boat, on waters large and small in North Dakota, is far more than just about money.

Unfortunately, there is a small minority in the fishing community who consider all species other than walleye as trash fish, pike included. These individuals will even catch, keep and dispose of these pike in the weeds, cattails and elsewhere. This wanton waste of a valuable resource is looked upon poorly by a growing number of the angling public and these unwanted actions surely devalue the significance of fishing.

To that end, anglers should treat fish, whether kept or released, with care. The Game and Fish Department has some information resources on proper fish handling techniques on its website that all anglers should review. The worth of a walleye, pike, bass or other species is more than simple table fare, and all should be treated with respect.

Some argue that simply fishing in North Dakota, if not undervalued, is often underappreciated. Considering the bargain cost of a fishing license ($16 for an annual individual license), year-round angling opportunities and fewer fishing regulations than most states, fishing in North Dakota is truly a bargain.

Again, the value of fishing to the North Dakota angler varies dramatically, depending on the perspective of the 160,000 residents who fish.

Many anglers define the value of fishing by the number of hours or days on the water, while others value targeting big fish, or filling the livewell. Then there are those who simply value the smile on a kid’s face when the bobber dips below the surface.

No matter the motivation, most anglers generally value what North Dakota has to offer when it comes to fishing.

Fishing licenses for the 2018-19 season can be purchased online, or at license vendors that are linked to the Department’s online licensing system.

Licenses may also be purchased by calling the Department’s instant licensing telephone number at 800-406-6409. A service charge is added for this option.