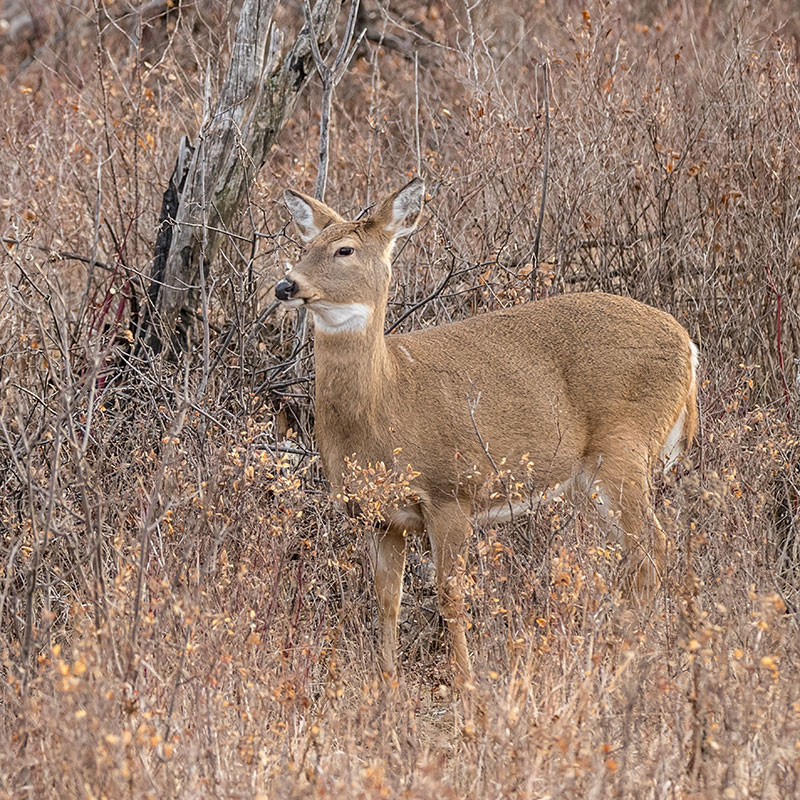 This animal, with its distinctive white flag for a tail and its want when bumped from concealment to run over hill and dale and then some, is North Dakota’s most popular big game animal in terms of numbers on the landscape and annual overall harvest.

Yet, roughly 100 years ago, a legislative-appointed five-member Game and Fish Board of Control sounded the alarm that if something wasn’t done, elimination of the state’s diminishing white-tailed deer population was a real possibility. Years of both legal and illegal shooting, the difficulty of an appointed few to enforce game laws and the continued expansion of people, was pushing whitetails to the edge.

From the Board of Control’s first biennial report in 1911, found today in “Big Game in North Dakota,” a Game and Fish Department publication:

“The deer in the state are threatened with extinction at an early date unless something is done to remedy conditions rapidly growing worse … It seems to be a unanimous opinion of the sportsmen through the state that a closed deer season of a least three years should be declared … They are becoming much less numerous each season and with the number of hunters that now congregate for the deer season, it is only a matter of a few years when they will likely be exterminated.”

This threat of extinction to an animal that today inhabits every county, roams urban back yards, dallies on the fringes of golf courses and city parks, are as common over the entirety of North Dakota’s landscape as the wind, is difficult to wrap your head around.

If not for the beginning of scientific game management nearly 80 years ago, improved habitat conditions, increased enforcement and a host of other factors over time, where would we find ourselves today, at this time of year when we gather to hunt whitetails and, maybe more so, simply celebrate the opportunity to do so?

I don’t have an answer for that.

If you follow the history of this animal in North Dakota, an up and down course that was seemingly without resolve as often as not, credit must be given to the animal’s resilience.

For years, whitetails were, for the most part, considered creatures of wooded draws, riparian corridors, places where you found trees and similar habitat. While that belief is accurate, it’s not wholly true, which was something of a surprise to wildlife managers back in the day.

In the early 1940s, any whitetails counted during winter aerial surveys away from timbered habitat were considered “strays,” animals displaced for whatever reason, but would certainly return to the seemingly more suitable wooded habitat in time.

Winter aerial surveys in the following years showed that “it was clear that these deer were not strays … they were a significant part of the population and their range was not predictable.”

While the number of whitetail deer gun licenses made available to hunters differs annually, what is predictable, at least for the last six-plus decades, is that we’ve had a deer gun season over that stretch without interruption.