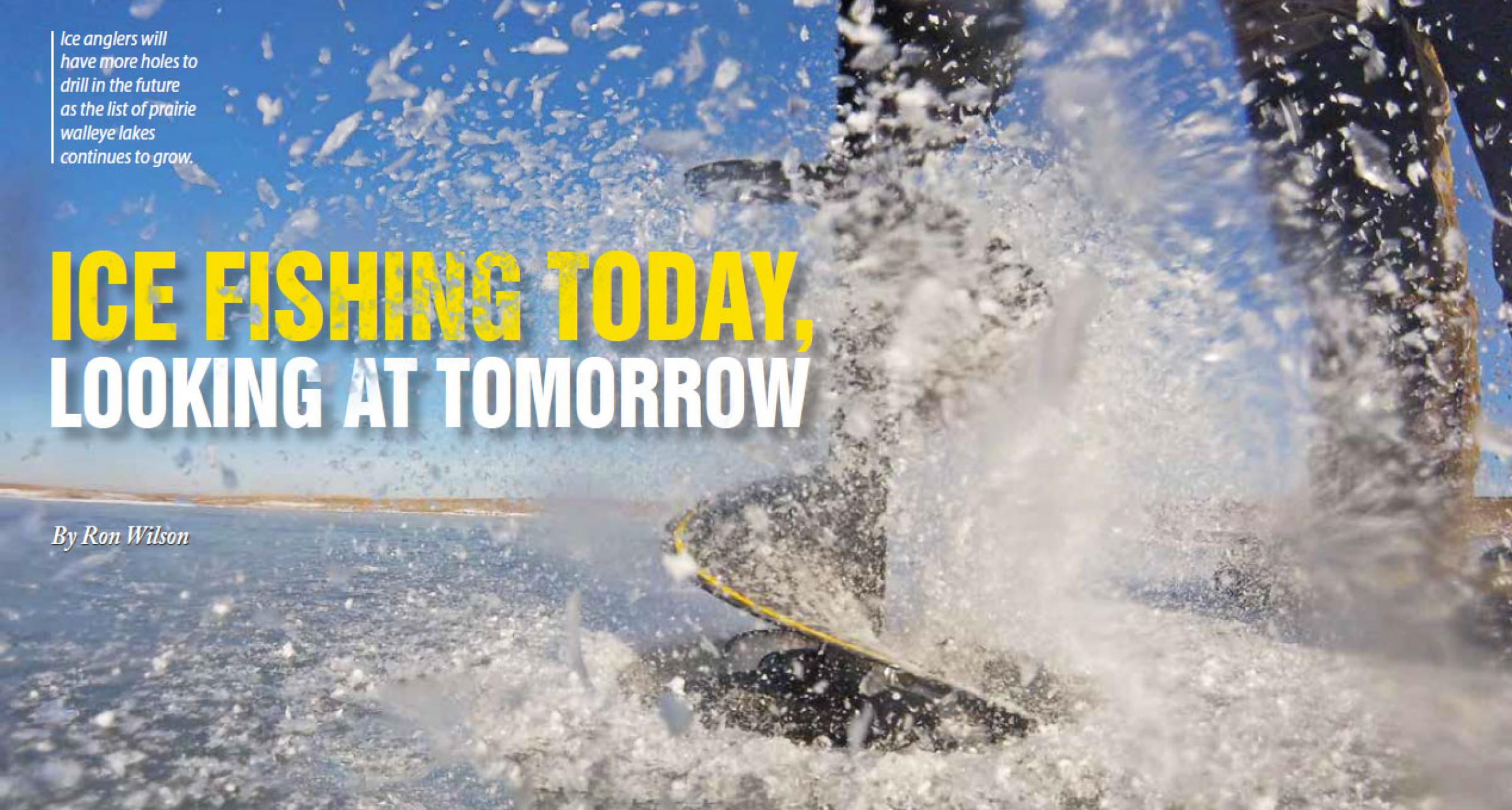 In the past 25 years, North Dakota Game and Fish Department fisheries biologists have stocked millions of walleyes into 55 prairie fisheries that cover more than 61,000 acres.

In a state where both open-water and ice anglers place the greatest value on walleye over other fish species, this is good news.

But it gets better. 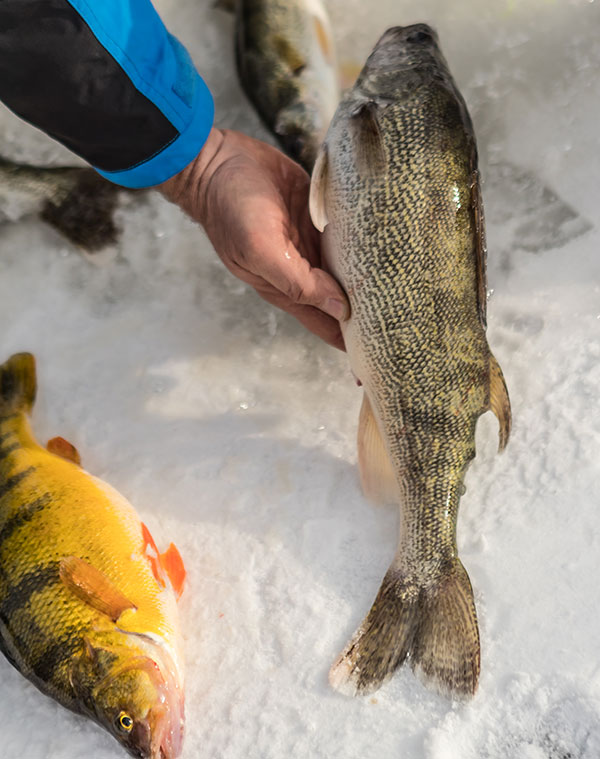 Scott Gangl, Game and Fish Department fisheries management section leader, said that list of prairie walleye lakes will get significantly longer in a year or two.

“Right now, we have about 15-20 new lakes that have been stocked in the last two years,” he said. “The walleyes in those waters aren’t big enough to advertise to anglers just yet, but they’ll get there.”

Many of the fish in those waters deemed inactive (not publicly advertised) at this time by fisheries managers have yet to reach catchable-size, about 14 inches, desired by anglers.

“Anglers are pretty good about prospecting and the word on some of these lakes will likely get out before we deem them active,” Gangl said. “We just don’t want to send people to lakes where they are just going to catch 8-inch walleyes.”

Gangl said walleye stocked in these prairie lakes do well because of a combination of forage and habitat. In some waters, fish reach harvestable size in just two years when three to four years is typically the norm.

“A lot of these lakes are pretty shallow, warm up quickly in spring and have a longer growing season in comparison to North Dakota’s much deeper and larger waters,” Gangl said. “They also have a lot of forage. Combine abundant forage and the habitat and these fish are growing quickly. Sometimes they surprise us in how fast they grow.”

Because many of these prairie lakes are loaded with fathead minnows, fisheries biologists have learned that the best option for creating a fishery in a short amount of time is by stocking walleyes.

“If there were no other fish to compete with, we may stock yellow perch, which thrive on aquatic insects and scuds,” Gangl said. “If a lake is full of fatheads, then walleyes, a better predator, are the better choice.”

Pike are also a stocking choice in these fathead-rich environments. “But in North Dakota, the demand is for walleye,” Gangl said. “That’s what the majority of anglers prefer.”

While anglers wait for the newest of the new prairie walleye fisheries to become active, there are many ice fishing opportunities across the state for a number of species of fish. 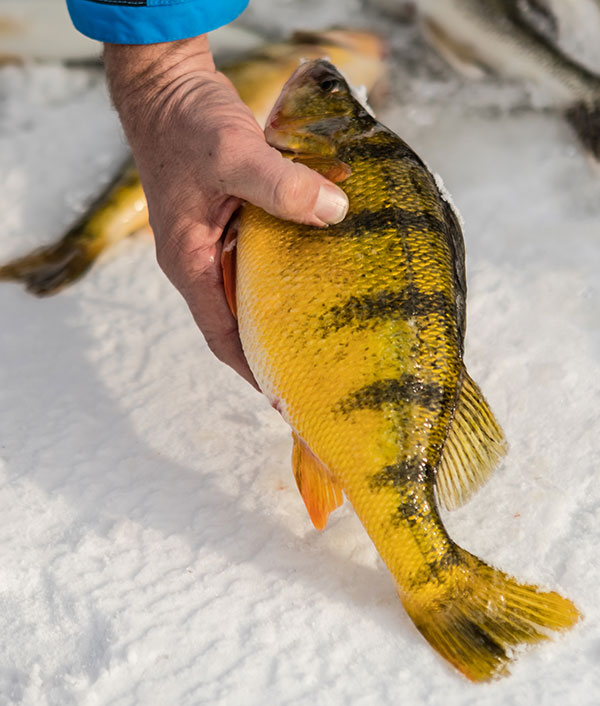 When a lake, off the fishing radar or not, starts to produce big yellow perch through the ice, word spreads quickly.

“When it comes to ice fishing, we start out every season with so much potential, but what it typically boils down to is access,” Gangl said. “If we have a fairly open winter and anglers are able to get on the lakes, the fish are certainly out there to be caught. But we’ll have to wait and see what kind of role Mother Nature plays in all of this.”

Game and Fish Department fisheries supervisors and biologists have provided in the following pages some suggestions for good ice fishing opportunities for walleye, northern pike and other species around the state. In these quick looks at dozens of waters, fish populations are provided to help frame angler expectations.

Harr Lake (McIntosh County) – Abundant walleye up to 18 inches and a fair number of large perch.

Lake Geneva (Kidder County) – Walleye up to 20 inches and perch up to 11 inches are abundant. 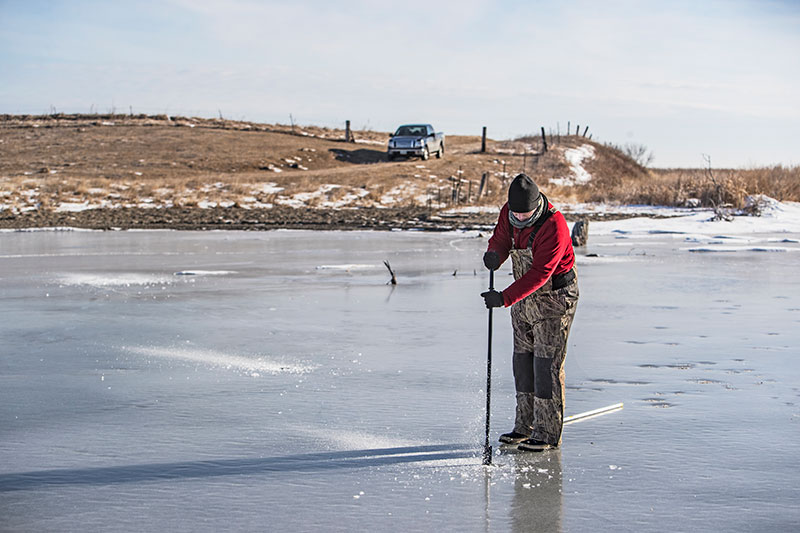 North Dakota offers many ice fishing opportunities, but the coming season, as always, will boil down to access.

Carpenter Lake (Rolette County) – Consistent pike population, with most fish about 24 inches, with some larger fish.

Walleye – Anglers can probably expect slower than normal walleye fishing this winter. The number of 15- to 20-inch walleye is below average, so anglers will likely have to fish harder to catch these fish. However, there should be good numbers of smaller walleye biting this winter, but many of them will probably be a little too small to keep.

Northern pike – Should provide anglers with excellent ice fishing opportunities. Pike are still abundant, and most are between 23-30 inches. Pike are underutilized at Devils Lake, so anglers should not be shy about keeping a limit.

White bass – White bass may provide some angler opportunities this winter. White bass typically do not bite that well in winter, but there are large numbers of them between 12-14 inches.

Northern pike – Fishing should be good because these fish are relatively abundant and tend to be good-sized.

Yellow perch – Winter fishing should be similar to the past few years, as the number of keeper-sized perch is a little above average.

Walleye – Walleye are abundant, with most fish between 15-20 inches, but larger fish are present in good numbers. Ice fishing should be good.

Northern pike – Pike are abundant, so winter fishing should be good. Most pike are medium-sized, but there are some larger fish present. Pike in Lake Irvine are underutilized, so anglers should not be shy about keeping their limit. In fact, the pike seem to be too abundant, as their body condition, or plumpness, is declining. Keeping pike would be beneficial to the population as it may help reduce competition for food.

Yellow perch – Winter perch fishing is typically slow. Perch are not abundant, but fish caught tend to be large. 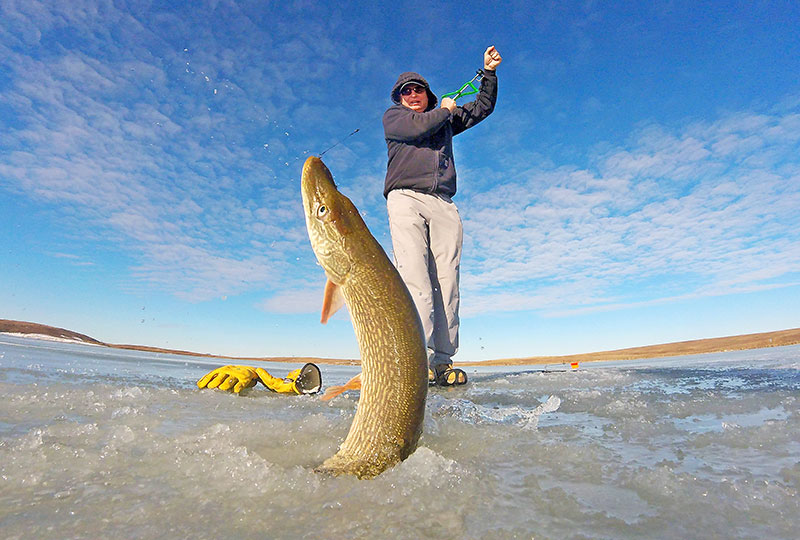 The list of ice fishing opportunities for northern pike in North Dakota is long.

Heart Butte Reservoir (Grant County) – An abundance of mostly small walleye, with some fish up to 5 pounds, pike up to 9 pounds, white bass up to 2 pounds, crappie up to 1 pound, good number of perch up to 1 pound and some bluegill up to a half-pound.

Indian Creek Dam (Hettinger County) – Abundant walleye up to 10 pounds, abundant small perch, with some up to a half-pound, and a good number of bluegill up to 1 pound.

Odland Dam (Golden Valley County) – Abundant perch up to three-quarters of a pound, bluegill up to a half-pound and abundant walleye, with some up to 2 pounds.

North Lemmon (Adams County) – Good number of walleyes, mostly 3-10 pounds. Abundant small perch, fair number of bluegill, with some up to a half-pound. Rainbow trout stocked annually. Some brown trout up to 2 pounds. 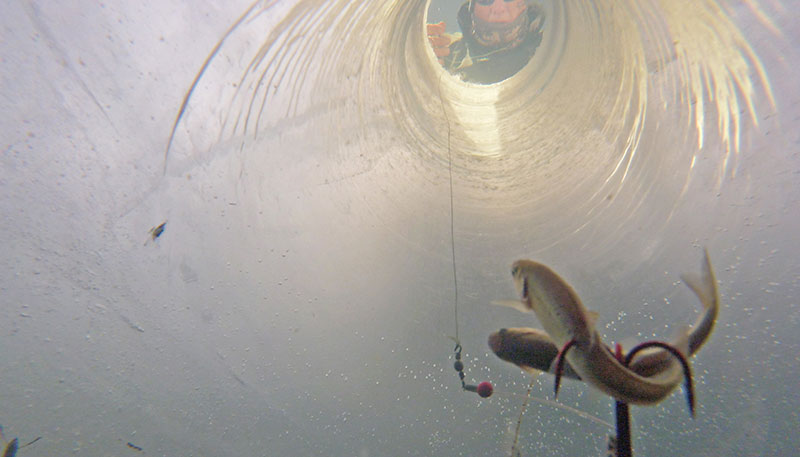 Antelope Lake (Pierce County) – Abundant yellow perch, with a wide range of sizes, along with a high abundance of walleye ranging from 14-26 inches.

Those interested in darkhouse spearfishing that weekend must register with the North Dakota Game and Fish Department prior to participating. Registration is available on the Department’s website, gf.nd.gov, or through any Game and Fish office. Legal fish are northern pike and nongame species.