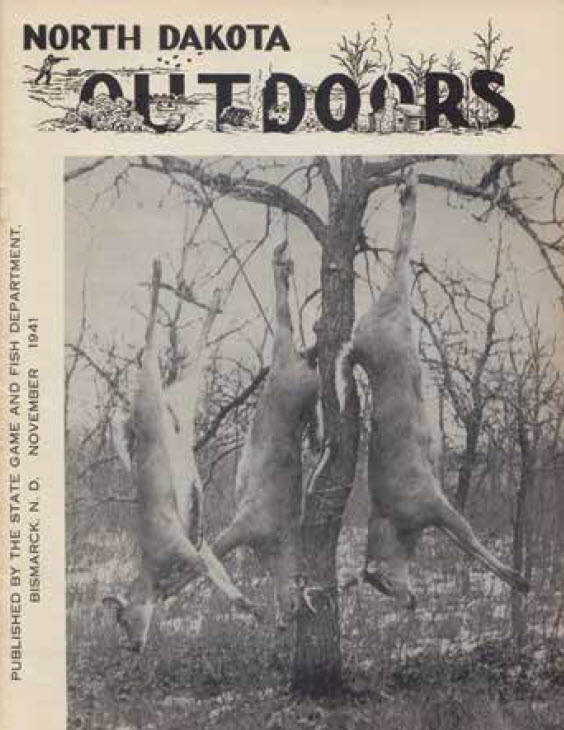 A controlled deer hunt in 1941 on portions of J. Clark Salyer National Wildlife Refuge, called Lower Souris Federal Refuge back then, was considered unique at the time.

It was unique because opening a refuge to hunting was unusual, yet it offered Game and Fish Department biologists the opportunity to collect information about hunters and test some game management techniques under controlled conditions.

“Due to the large concentration of deer on the Lower Souris Refuge, the Fish and Wildlife Service contemplates taking 400 animals off that area during the open season,” from November 1941 North Dakota OUTDOORS.

The controlled hunt in the northern part of the state ran November 22-26, mirroring the general season across North Dakota. In the end, the more than 700 hunters who participated shot 393 deer.

The hunting area on the refuge was divided into three units and each had a checking station that hunters were required to stop at. There was some apprehension that hunters might be anxious to leave and get home and not want to cooperate.

“Hunter appreciation was practically unanimous … Some idea of hunter appreciation might be gleaned from the fact that all three checkers were compelled to graciously refuse more than one proffered cash tip,” from “Big Game in North Dakota,” a Game and Fish Department publication.

A Game and Fish Department crew flew over the hunting units in an airplane during the hunt, and much was learned.

“Viewing such a hunting scene from a plane at an altitude of one hundred feet or so might be decidedly surprising to anyone who had not had the privilege …The possibilities of such an air crew helping those on the ground are almost unlimited. Hunter groups can be directed where to stand and where to make drives,” from “Big Game.”

The crew in the plane were able to clearly see what hunters on the ground were missing.

“In at least one instance, the air crew was able, by dropping a note, to direct a hunter’s attention to a large buck lying not far away. The crew learned a good deal about the abilities of hunters to spot game, and a whitetail’s ability to hide … It was clear to all concerned that the airplane, in the very near future, would be one of the most important adjuncts to game management practices,” from “Big Game.”