Game and Fish Department officials understand the importance of safe places for people to practice with their firearms.

“People need places shoot, to hone their skills and become proficient marksmen and hunters,” said Marty Egeland, Department education supervisor. “It’s our interest at Game and Fish to do what we can to make sure people have somewhere to shoot.” 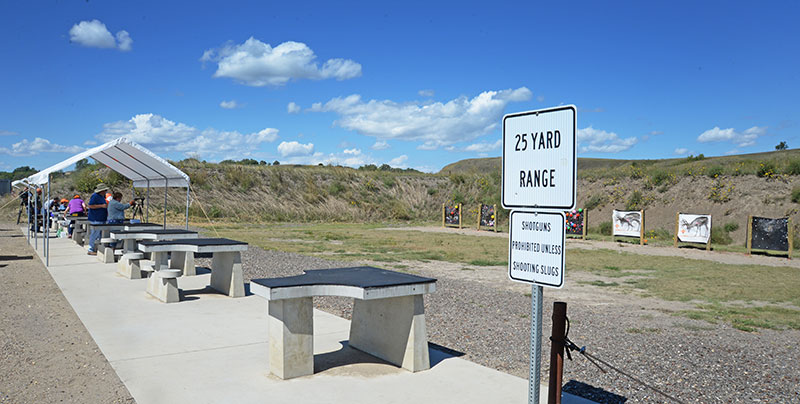 “It’s for these reasons the Department has persistently facilitated and funded the development of shooting ranges across the state,” Link said. “Although somewhat of a lofty and daunting goal, the Department would like to see a public shooting range within 45 minutes of every community in the state. Achieving an even distribution of ranges across our state, in communities large and small, is a formidable task, but one that the Department and cooperating organizations will continue to pursue.”

As the Department seeks opportunities to develop and upgrade ranges across the state, Link said Game and Fish officials often must consider the benefit to the highest number of the shooting public.

“This is a case of truly identifying the most bang for our buck,” he said. “Therefore, developing shooting ranges near our major urban areas is a definite priority.”

While all ranges come with obvious challenges, ranges in or around urban settings come with many more, including land in a safe location, amenable neighbors, and cooperating partnerships to help fund, manage and maintain the sites.

One such urban range is the Red River Regional Marksmanship Center in West Fargo, a complete indoor facility for handgun, rimfire rifle and air rifle target shooting. It also includes the state’s only 100-meter underground range to accommodate centerfire rifles. “We could not have done anything close to this without the Game and Fish shooting range grants,” said Ward Gillett, president of the RRRMC board.

Gillett agreed with Link’s assessment about the hurdles of range operation, noting that RRRMC has a little over 100 volunteers on its roster, with 60 to 70 who put in time in any given month. 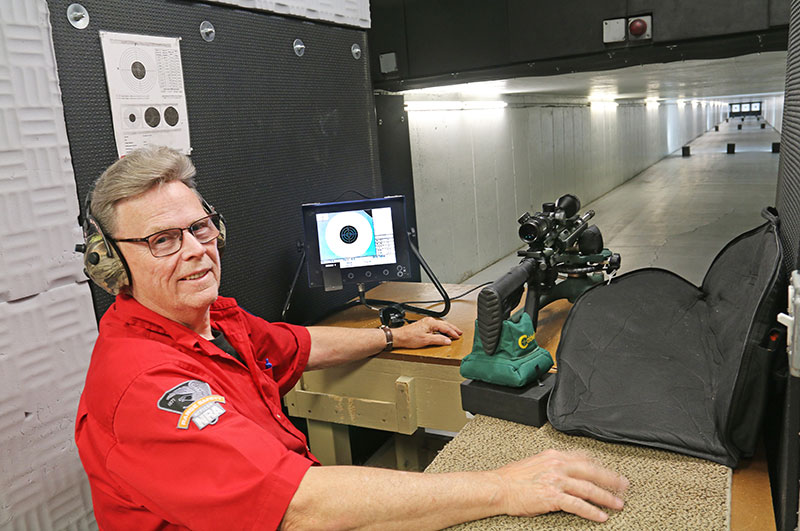 Both Bismarck and Minot also have indoor ranges that were supported by Game and Fish grant dollars.

The Game and Fish Department manages five public shooting ranges on wildlife management areas. But if you look at the bigger picture, there are dozens of shooting facilities – some are public, some are members only – found around the state.

Egeland said Game and Fish has for years provided grant funds to wildlife clubs and others to make improvements at their shooting facilities. These federal funds, which require a 25 percent match, total $80,000 annually.

“Every year we have more requests than we do money,” he said. “Clubs are using the grants for new shooting benches, berms, concrete sidewalks, building improvements, those sorts of things.”

Egeland said those clubs that accept funding to make improvements are required to offer access to the public.

Egeland said the shooting facilities found around the state help to satisfy a growing interest in recreational shooting. 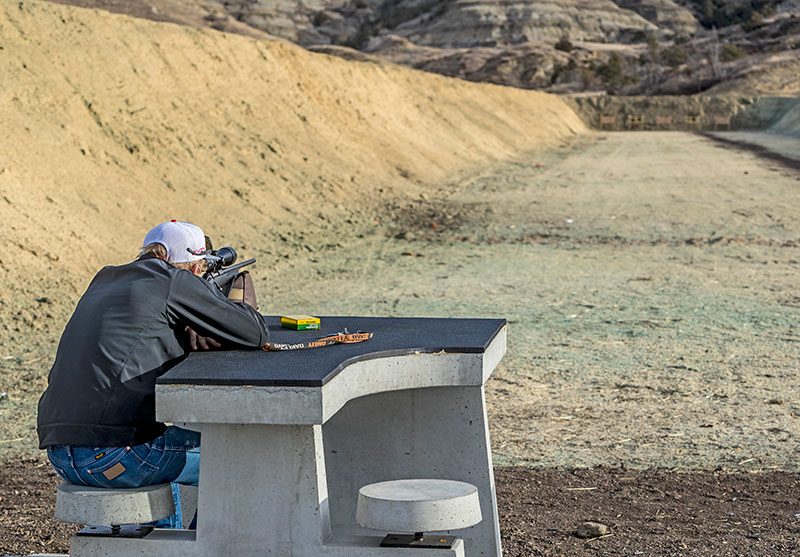 A shooter sights in his rifle at the Lewis and Clark WMA range southwest of Williston.

“Not everyone who goes to their local range and works through a box of ammunition hunts wild game and that’s OK,” he said. “Even so, shooting at your local range is complementary to hunting … it’s a recreational event that has ties to the outdoors.”

While it’s difficult to assess the overall growth in shooting sports in North Dakota, Egeland said an example of increased interest is seen in the North Dakota State High School Clay Target League.

Lawmakers in the 2017 legislative session gave the Game and Fish Department authorization to spend up to $250,000 on youth shooting sports, and currently those funds are being used for infrastructure needs at trap clubs affiliated with the clay target league.

“Some of the kids who participate are hunters and some aren’t,” Egeland said. “What’s important is that they are outdoors and participating.” 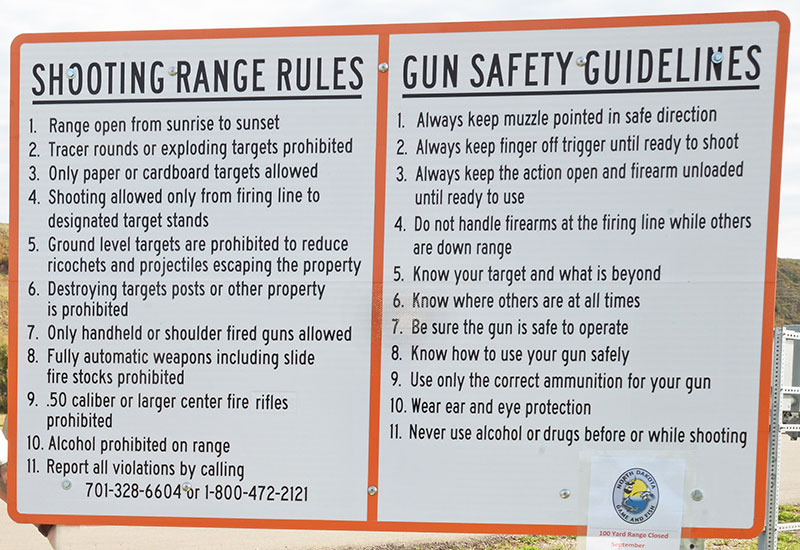 Editor’s note: It’s been 16 years since the Game and Fish Department compiled a comprehensive listing of shooting facilities in North Dakota. Through many phone calls, inquiries, internet searches, personal contacts and so on, we now are able to provide an updated list of facilities, their location, what they offer, and current contact information. Understanding this, it’s certainly possible that the list is not complete. If your local shooting facility is not on the list, we’d like to include it in our online listing. Or, if any contact information or the location is incorrect, we’d like to know that, too. To make this list as inclusive as possible, contact the Game and Fish Department’s education section at 701-328-6615 or email the Department at ndgf@nd.gov.