In 2015, following back-to-back deer gun seasons when fewer than 50,000 licenses were made available to hunters – something not seen in North Dakota in about 35 years – lawmakers made it possible for hunters to help improve wildlife habitat that would favor the state’s deer population.

In a bill that unanimously passed in both the House and Senate during the 2015 legislative season, unsuccessful applicants in North Dakota’s deer gun lottery could for the first time in 2016 donate their refunds to the Game and Fish Department’s Private Land Open To Sportsmen program.

The focus of the proceeds, wildlife managers said, would not only be on improving deer habitat, but providing access to deer hunting habitat.

In 2017, legislators also unanimously approved another bill that allowed resident deer gun, muzzleloader, pronghorn and turkey hunters, who did not want to receive a hunting license issued by lottery, to purchase a bonus point beginning in 2018 for a fee that is the same as the respective license.

Proceeds from those hunters choosing to buy bonus points are also allocated to the Department’s PLOTS program.

So far, hunters – unsuccessful lottery applicants and those buying bonus points – have contributed about $282,000 to the PLOTS program, according to Game and Fish Department records.

“In the past decade, where we’ve lost more than 808 linear miles of trees – the equivalent of traveling from Fargo to Williston and back – and thousands of acres of grass across the state, these dollars can help replace some of the deer habitat that’s been taken off the landscape,” said Kevin Kading, Department private land section leader. “We’re focusing primarily on developing good winter cover, like trees, and grasslands that provide cover during warmer months for adult does having fawns.”

Relative to the amount of deer habitat that’s been deleted from the landscape, Kading said the program isn’t an immediate panacea.

“It’s a start … and we have to start somewhere,” he said. “If the dollar amount grows, we can leverage these dollars with other funds, such as the state’s Outdoor Heritage Fund and federal Pittman-Robertson funds to do bigger projects.” 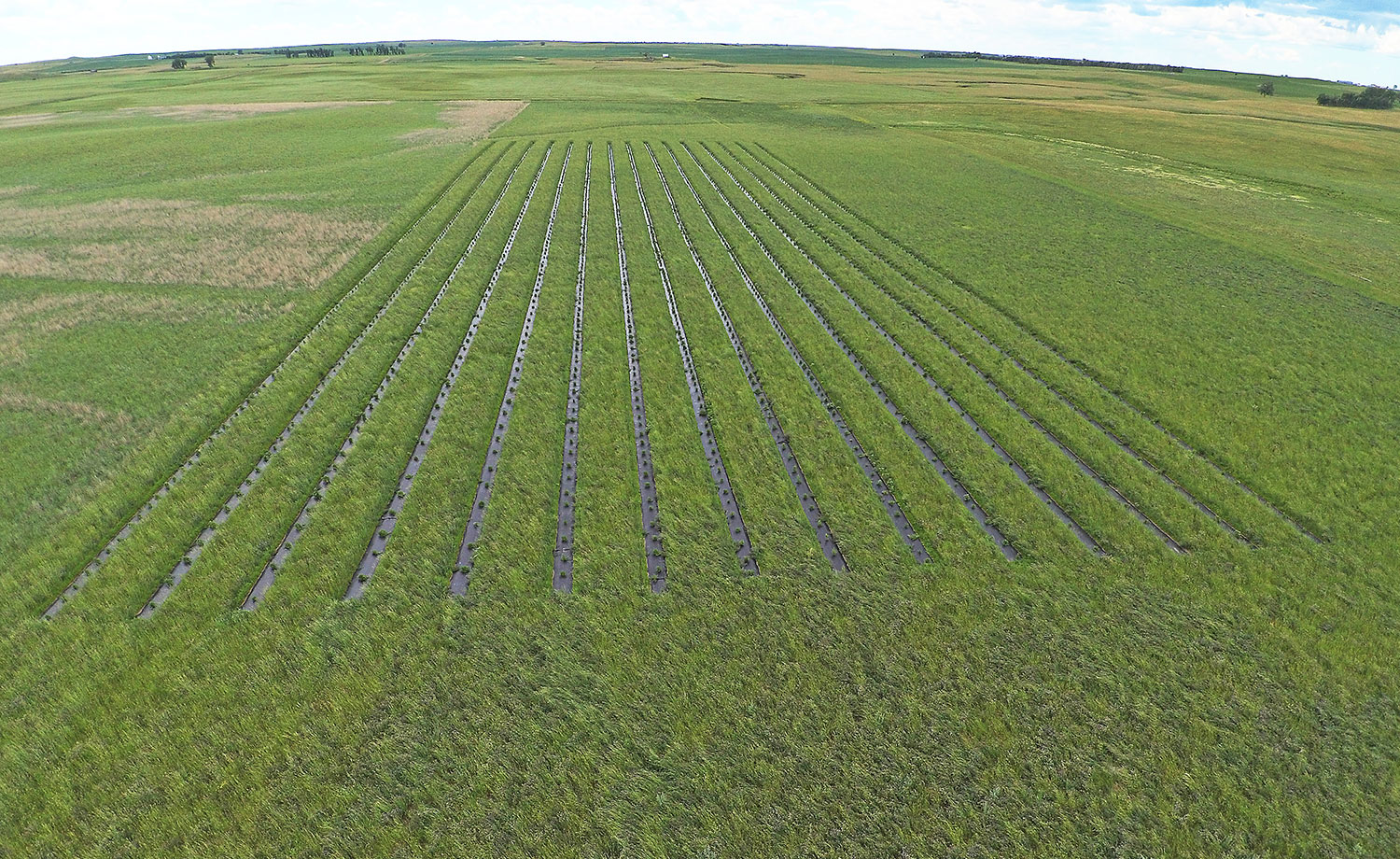 Based on the amount of wildlife habitat on the landscape and the uncertainties of North Dakota winters, building the state’s deer population to the point where Game and Fish could make available 75,000 deer licenses annually to meet management plan goals, will take time.

“I think hunters are looking at their donations to the PLOTS program with the future in mind because deer hunting has such a storied tradition in North Dakota,” Kading said. “These donations from unsuccessful applicants in the Department’s deer drawing, or money generated from hunters buying bonus points, will help build habitat and further the deer hunting tradition.”

While it takes time for the funds to grow and be allocated to the PLOTS program, Kading said some of the money has been used to plant 1,400 acres of grass habitat, and and nearly 50,000 linear feet of trees and wildlife food plots in Emmons and Kidder counties.

“We wanted to let the program build dollar-wise before doing some projects because simply going out and planting a single row of trees isn’t going to help a lot,” Kading said.

Kading said it’s important to note that a lot of windbreaks and tree rows in the state have reached the end of their life-spans and are not being replaced.

“Trees have a place in North Dakota, but we need to be aware of their placement, so we don’t impact other wildlife species,” he said. “For example, fragmenting important grasslands with trees may negatively impact waterfowl or other grassland-nesting bird species.”

The habitat improvement projects completed thus far, and those in the future, are on PLOTS lands. And as those familiar with the program know, these lands offer walk-in access to hunters.

Kading said Game and Fish personnel are careful about picking sites to plant grass and trees.

“We are trying to place the new plantings in areas that are near other wildlife habitat,” he said. “We want to tie into existing habitat bases that are already out there, instead of, say, creating a small piece of habitat in the middle of nothing.”

While some hunters don’t hunt on PLOTS lands and may judge the value of the program, Kading said improving habitat conditions on these acres is a win nonetheless.

“This habitat being planted on PLOTS lands benefits deer and other animals, and deer just don’t stay on PLOTS,” he said. “If you can help them get through winter and provide places for deer to have fawns in spring, hunters will benefit from this somewhere else in coming years.”

It should be noted that this program isn’t the Game and Fish Department’s first venture into creating wildlife habitat on PLOTS lands.

“PLOTS has developed thousands of acres of habitat with private landowners over the years,” he said. “What we are talking about here is an additional bump in funding that is directly earmarked for creating deer habitat and access.”