Editor’s note: The author learned of this story about his grandmother’s grit and her .410 from his mother, the oldest of the children referenced in the story, a few months before she died. She described the many hardships they endured during the Great Depression / Dirty Thirties. However, she also insisted that there were good times as well, and as an example relayed this true Christmas story and the events that followed. 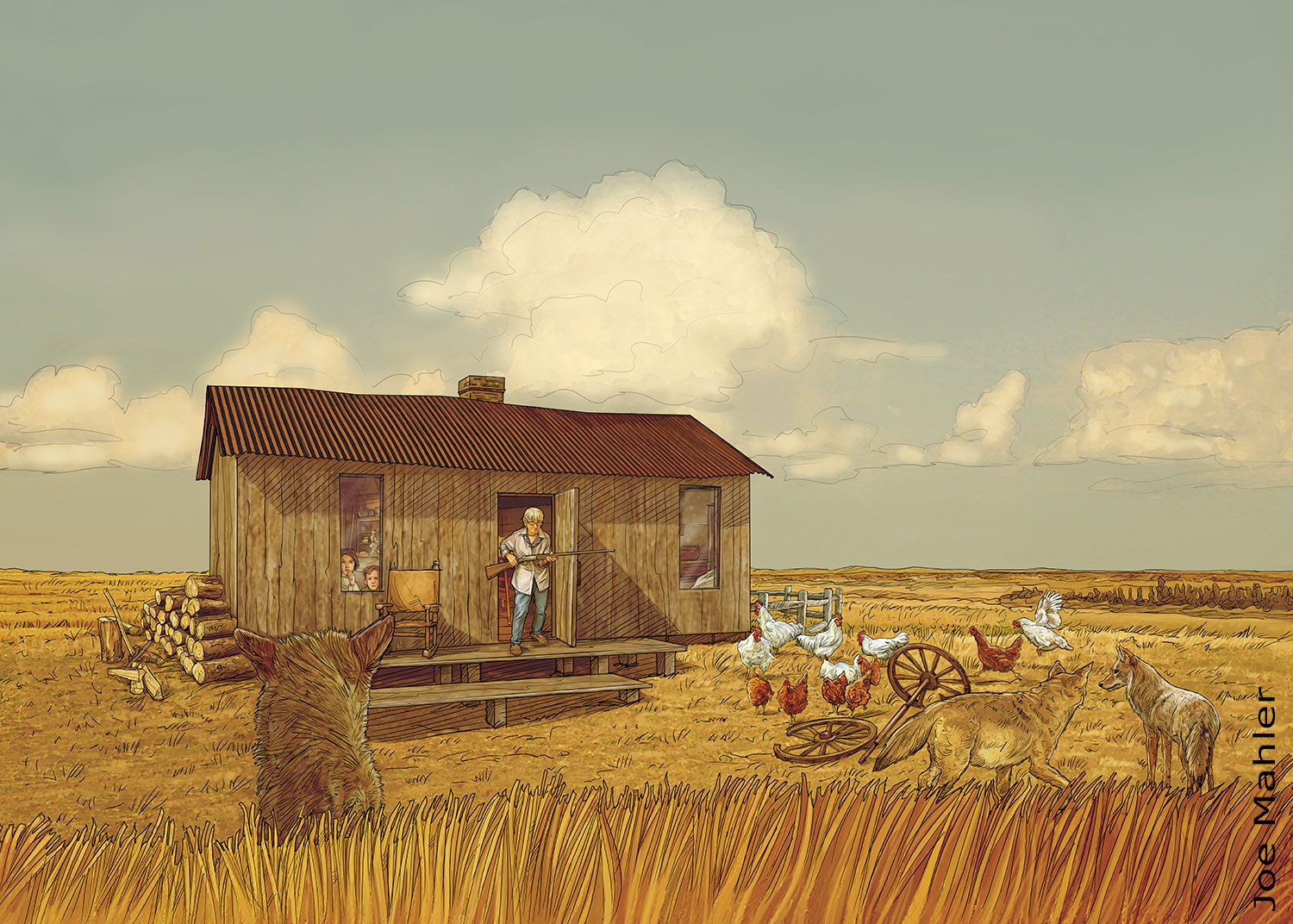 It was Christmas Eve in the middle of the “Dirty Thirties.”

The Dakota prairies were barren from years of drought. Most of the neighbors had abandoned their homesteads and moved to cities where food and jobs were more plentiful, but Grandpa held on; farming and ranching were his dream. He was fortunate in one thing – Grandma had the grit required to be his partner in what had turned into a desolate place.

As subzero winds howled outside, held back only by the newspaper insulation and the tarpaper that covered their two-room plywood shack, Grandma presented each of their young children with their Christmas gift – a small doll for each girl, and a sling-shot for the boy – all handmade by her and Grandpa. These were accepted with genuine gratitude, as the children knew these were no small sacrifice.

When Grandma declared bedtime was nigh, Grandpa said that a few more minutes of playtime were due. Then he arose and discretely made his way to the small entryway that served as mudroom and storage space. There he had hidden a special gift he’d purchased for Grandma by skimming off a little bit of money from the sales of cream throughout the past year. He held it behind his back coyly as he re-entered the room, walked toward Grandma, and placed it in her lap.

The wide-eyed children gasped. Grandma stared in disbelief at the extravagant gift, and then wept.

A shotgun was an essential tool on the prairie and in this regard, Grandma was handicapped. She was a good shot; as a youngster she’d learned from her father when she rode beside him as he drove the stagecoach on the south central North Dakota line that connected Ashley, Lehr and Wishek in the early 1900s before the automobile took over. But with her slight, 98-pound frame, Grandpa’s powerful 12-gauge shotgun would throw her onto her back, punishing her more than the target.

The coyotes seemed to know when Grandpa was away on a trip to sell livestock or purchase supplies. Then they’d boldly come right up to the house, howling fiercely and snatching cats and chickens and even threatening the littlest children. Grandma dreaded pulling the trigger on the 12 gauge, which was the only thing that would scare the coyotes off, at least for a while. She also had difficulty holding the heavy gun steady, so coyote fatalities were rare.

Grandma’s new gun changed that. Stevens had developed an inexpensive, lightweight .410 single-shot shotgun with a short, nylon stock, the model 94c. It fit Grandma perfectly. Although it wasn’t nearly as loud as the 12 gauge, the coyotes took notice when Grandma’s blast rolled one of their kin. After that, they seemed to come around less. Grandma, the children, and the chickens felt safer.

Other than her wedding ring, Grandma’s .410 was her most prized possession. It was more than an indispensable tool for protection. It also provided sustenance, independence and psychotherapy. Periodically, the cramped two-room shack, her stubborn husband, and the four needy children became overwhelming. When this occurred, Grandma would announce that she was “going out for a while.”

She’d saddle the horse, grab her gun and some shells, and gallop away. Grandma would return hours later, often with the horse carrying braces of game birds, rabbits and an occasional fox or coyote. And a new refreshed attitude. The children didn’t mind helping clean the game, and Grandpa was happier too. Dinner those nights always tasted better, and it wasn’t just because of the pot of fresh game on the table.

DALANE W. KITZMAN, MD, is a North Dakota native now living in North Carolina. This is his third contribution to OUTDOORS in recent years.