Managing Fish and Angling Opportunities in the Northeast

The North Dakota Game and Fish Department’s northeast fisheries management district encompasses all or parts of 16 counties. Included are several large natural lakes, such as Devils Lake, Stump Lake and the Lake Irvine complex. Additionally, the district has about 55 smaller natural lakes and reservoirs, the latter of which makes up more than one-third of the total. 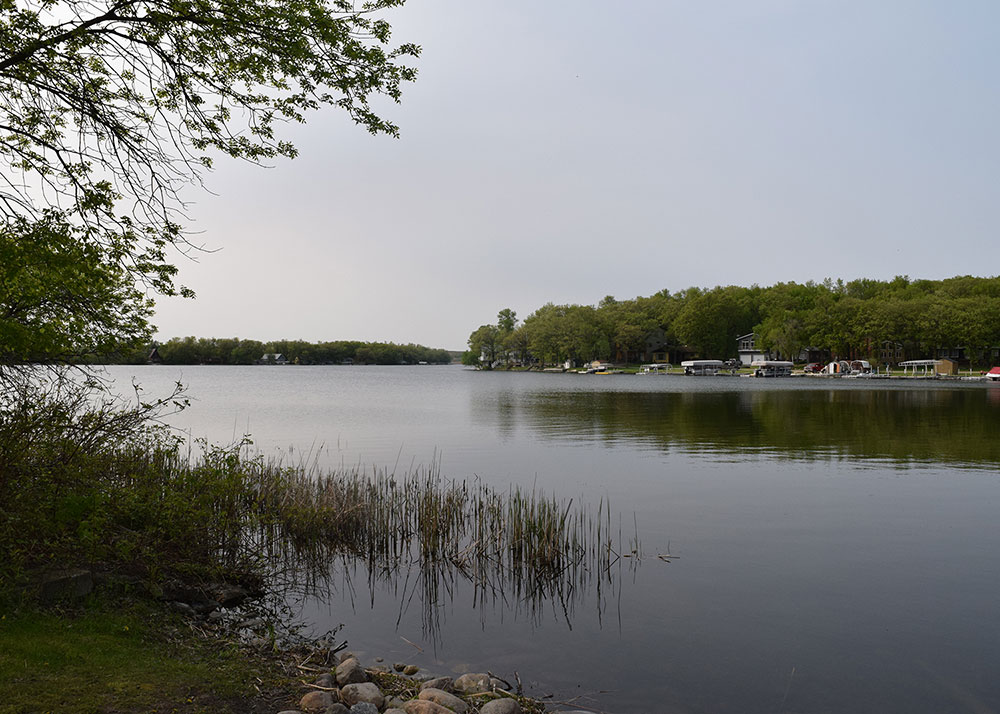 Some natural lakes could be described as “permanent” or “perpetual,” such as Lake Upsilon and Gravel Lake in the Turtle Mountains. This does not necessarily mean they continuously sustain fish life, but just that they rarely go dry. Other “newer” natural lakes were once shallow duck marshes, but are now good fishing lakes, as water levels have risen dramatically because of wet conditions.

In the northeast district, water levels in natural lakes tend to fluctuate widely compared to the reservoirs. In many cases, water levels can rise a lot in a natural lake before flowing out through a natural outlet. Whereas, reservoir water levels are relatively stable because they can fill to full pool in spring, and excess water flows over the spillway. Reservoirs often have huge watersheds that contribute large amounts of water and fill to full pool, even if levels were down the previous fall.

Water level fluctuations are usually good for game fish populations if they’re not so extreme. Reason being, terrestrial vegetation often grows on exposed shorelines over the course of a couple of years, which, if flooded, provide spawning habitat and escape cover for young fish, as well as increased productivity of the water body. Conversely, stable or steadily declining water levels reduce spawning habitat, escape cover and productivity. These changes are more apparent in natural lakes that typically have a more gradual shoreline slope.

Many reservoirs in the district were constructed in the 1960s, so these are not “newer” waters. They were similar to a new natural lake in the first years after dam construction, as vegetation flooded for the first time. However, the fish habitat quickly degraded as runoff from cultivated watersheds deposited tons of topsoil in the reservoirs over time. Water clarity and the amount of aquatic habitat was reduced as sediments gradually filled in the reservoirs. 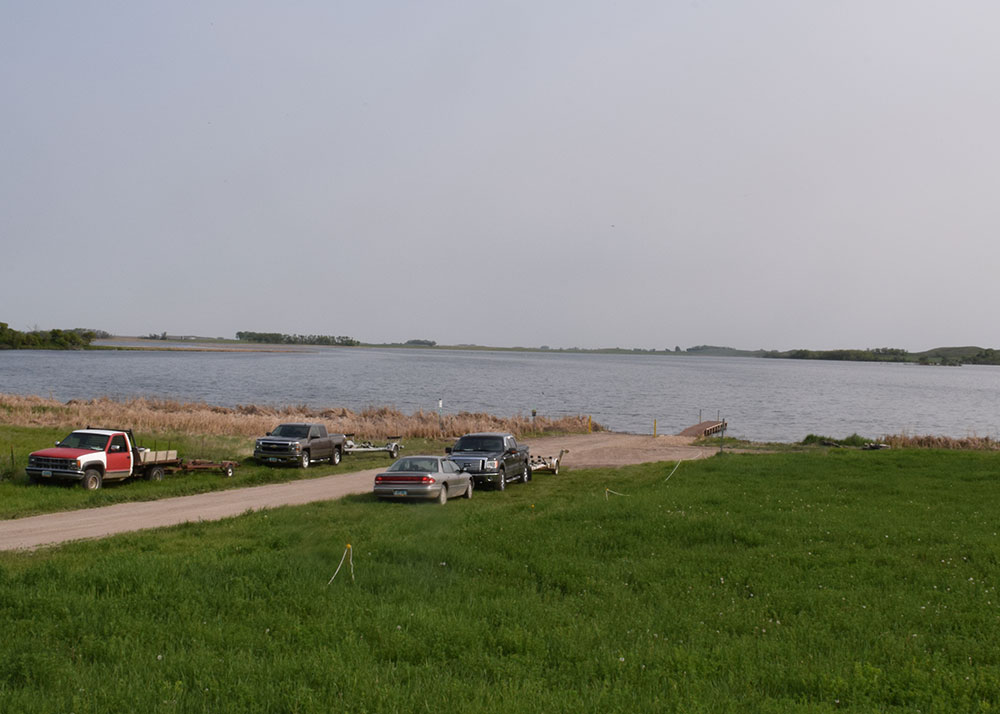 Because dams are built on rivers or coulees, reservoirs tend to be long and narrow, creating a relatively steep shoreline. Steep contours provide fewer acres of littoral (productive, shallow fish habitat) areas, as compared to most natural lakes.

Since many reservoirs are connected to rivers, they tend to have more problems with rough fish, such as white suckers, carp and bullheads, that were present in the river before the dams were built. Rough fish are well-adapted for survival in many types of habitat and compete with game fish for food and space in a lake or reservoir. Rough fish can outcompete game fish in the turbid waters until they comprise the majority of fish in a reservoir. Renwick Dam is an example where high white sucker numbers are causing management problems.

Fish management in “permanent” natural lakes and reservoirs is more difficult than in a “newer” natural lake because, in many cases, there are high densities of rough fish and/or stunted yellow perch. This is comparable to starting spring planting with a serious weed problem. Fewer desirable game fish will be produced even with high stocking rates for many years.

The presence of rough fish and stunted panfish reduces the game fish potential for that water, but does not eliminate it. Some decent walleye and pike are still found in many of these types of waters, just not as many as if there were fewer or no rough fish.

Red Willow Lake, Wood Lake, Golden lakes and Lake Upsilon have either stunted panfish or bullhead issues, but are still decent walleye and/or pike fisheries. Mt. Carmel Dam and Whitman Dam have moderately high white sucker populations, but still periodically produce good game fish populations. Bisbee Dam is a rather rare reservoir in that there are few rough fish and, not surprisingly, game fish populations have been relatively good for many years even with the reservoir habitat limitations.

The easiest lakes to manage are the “newer” natural lakes with rising lake levels. If there are waters that are going to make a fisheries biologist look good, these are it. In many cases, these lakes are teeming with food like fathead minnows and/or invertebrates such as freshwater shrimp. Many do not have an existing rough fish population, so fisheries managers are starting with a “weed free” plot for “planting.”

Walleye stocking in these lakes is usually very successful, and high-density, fast-growing populations can be established with relatively low stocking rates. Yellow perch often do well when stocked into these lakes as the only game fish species, but are definitely more hit or miss than walleye.

In “newer” lakes, where both perch and walleye exist, perch populations tend to decline over time because of predation from increasing walleye densities (and angler harvest in some cases). Goose Lake and Hurdsfield-Tuffy Lake are good examples where this has occurred. Though there are exceptions, this commonly occurs.

If these “newer” lakes are deep enough to overwinter fish, and if they remain free of rough fish, they will usually provide some good, long-term fishing opportunities for perch and walleye, but primarily walleye. Lake Coe, Lake Addie, Hurdsfield-Tuffy, Goose Lake and Lake Laretta are good examples.

However, what goes up, must come down. As water levels in these “newer” lakes consistently drop due to drier conditions, game fish populations eventually succumb to winterkill. Fish management on these waters will then be on hold until the next wet period replenishes the water volume for sustained game fish survival.

Anglers currently have many fishing opportunities in the northeast district. “Permanent” natural lakes, “newer” natural lakes and older reservoirs all contain fishable numbers of game fish. For those anglers targeting walleye, the “newer” lakes have higher numbers of keeper-sized fish. Anglers should take advantage of the various fish habitats for the diverse fishing opportunities that they can provide.