The Value of Helping Hands 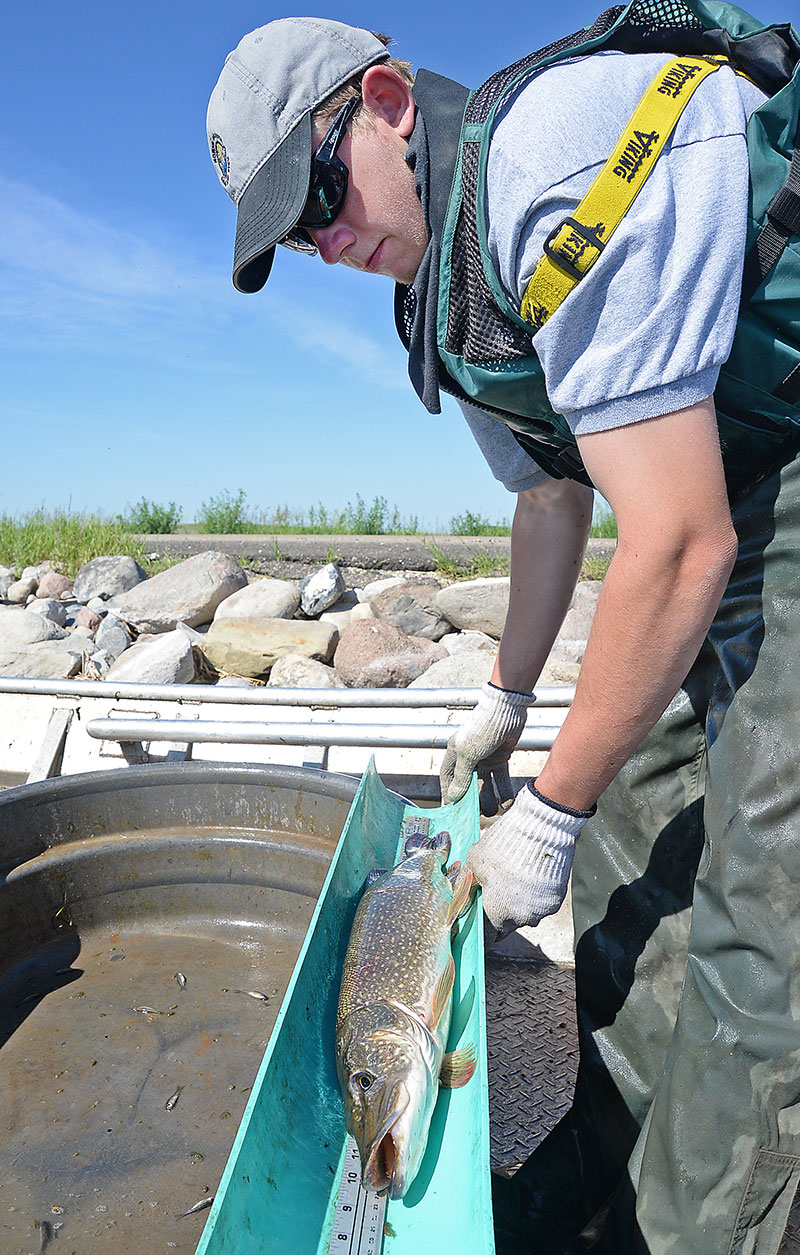 You can hardly swing a gillnet at a North Dakota Game and Fish Department gathering without hitting a full-time staffer who was employed as a seasonal worker earlier in their career.

By most counts, more than half of the 163 full-time Game and Fish Department employees hired on as seasonal staff during their college years.

Department wildlife and fisheries managers place a high value on this part-time staff because of the number of tasks, many of which go unseen by the public, that get accomplished by young, hard-working hands.

“Without the help from seasonal staff, we as a Department just wouldn’t get by,” said Terry Steinwand, current Department director and seasonal worker in 1975-76.

While the Department hires both full-time, year-round and summer seasonal staff, the majority work during the summer months.

“It’s in summer, with the help of our seasonal staff, when a good portion of our workload is getting accomplished,” said Casey Anderson, Department assistant wildlife division chief and seasonal worker in summer 2001. “For example, while weed management seems tedious, it’s a necessary task that is accomplished by these people on Game and Fish Department wildlife management areas around the state. Plus, there is always some boundary issues, fences to fix on these properties … the list goes on.”

Just for some perspective, there are about 220 wildlife management areas owned or managed by the Department across the state, totaling roughly 220,000 acres.

“Oftentimes what Department seasonal employees are doing is not glamorous work, but extremely important in fulfilling our mission at the Game and Fish Department,” said Scott Peterson, Department deputy director. Peterson’s first summer as a Department seasonal was in 1979. “Spraying weeds, planting trees, planting grass, fixing what’s broken … all of those duties that need to get done, but we just don’t have the time and personnel to do it ourselves.” 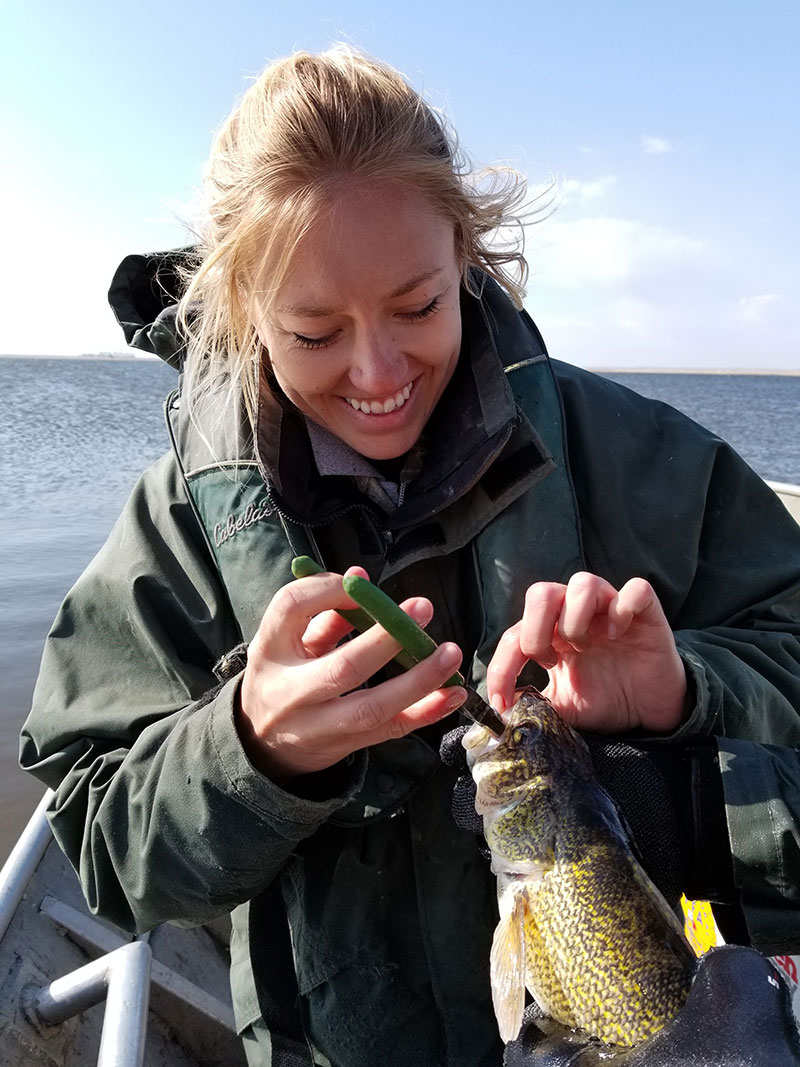 Greg Power, Department fisheries chief, was a summer seasonal in 1979 and remembers that he, well, knew very little about what needed to be done or how to do it when he started. He guesses what he felt then is no different than what young seasonal workers experience today.

“I thought at the time, ‘What did it get myself into … this is not what the college textbooks taught me,’” Power said. “This is not the job for you if you think you are going to be sitting behind a desk, instead with fisheries crews you will get your hands wet, feet wet and grease up to your elbows in the shop. The work is critical to our mission and we simply wouldn’t get it done without the help.”

Much of the fish population sampling data earned by hours of netting fish in many of North Dakota’s waters is the byproduct of seasonal sweat and effort.

“They set the nets, pull the nets, take the fish out of the nets and sometimes record the data,” Power said. “Depending on where they are with their experience, those who return for another summer or two will lead a crew. These people are critical to our data collection.”

Paul Bailey, Department district fisheries supervisor in Bismarck, said the tradeoff for a summer of hard work is valuable experience.

“While seasonal workers are essential in getting our work done because having those extra bodies is extremely helpful,” Bailey said, “what we offer out of the Bismarck office is the experience and diversity of working on big waters like Lake Oahe and the Missouri River and many of the smaller district lakes that are also incredible fisheries. It’s a great experience if you want to work in the fisheries field.”

For the most part, those people who apply for seasonal work with Game and Fish have designs on working with a wildlife agency, or somewhere similar, once they graduate.

“We consider these seasonal jobs as somewhat of a paid internship,” Peterson said. “Looking back, when I worked that first summer as a seasonal on the browse crew in western North Dakota, I think it was important that I got to rub elbows with people working for the Department and get some sort of an understanding of how things worked. Plus, I thought it was pretty good duty to spend the summer in a camper in the badlands.” 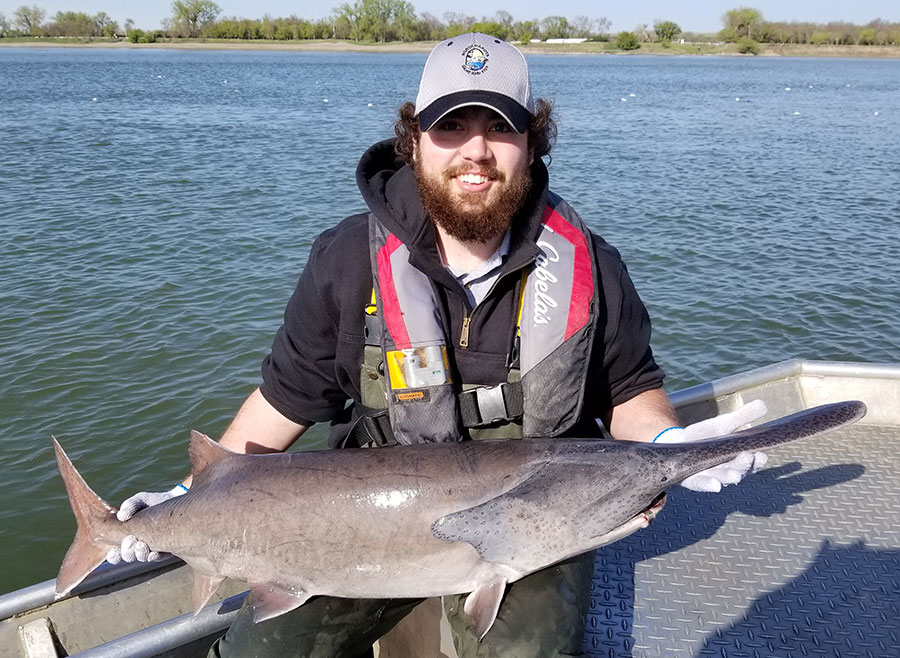 Kevin Frigon (top), Department seasonal employee, with a paddlefish from the Missouri River near Bismarck.

Power said he would bet that 99 percent of the seasonal workers Department personnel interview, and hire, are in college or have recently graduated.

“And I would wager that the majority have an interest in working at the Game and Fish Department for a summer or two because that’s what they are studying in school,” he said. “I will have to say that I’m nothing but impressed with the work ethic of those people we do hire. That, and their passion to make this a way of life, speaks highly of the people who work for us.”

Peterson, Power and Anderson all agree their summer stints on the water sampling fish or on land spraying weeds for the Department was critical in eventually landing full-time positions.

“I thought it was more important than who I knew, but that they knew my work ethic,” Anderson said. 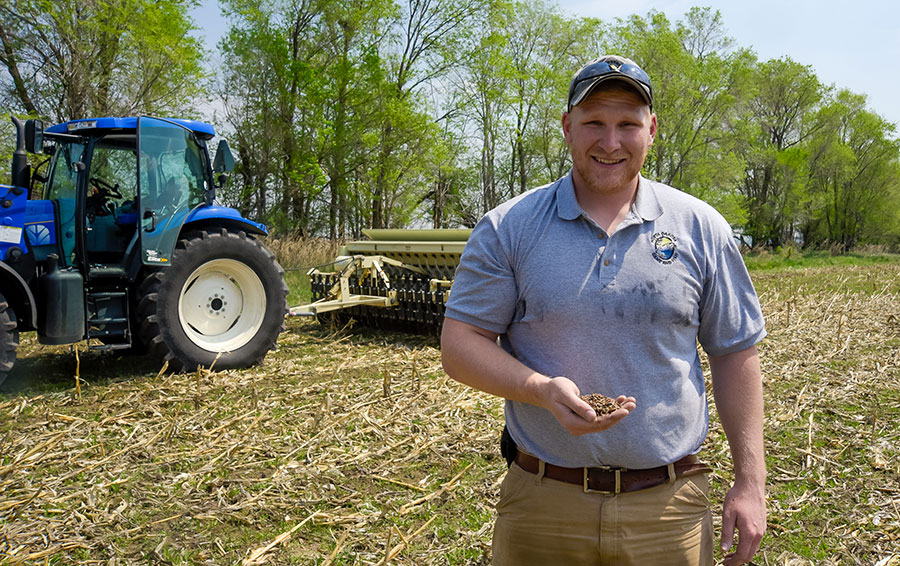 “So, let’s say we have an opening with the Department and we have X number of applicants. After interviewing, there is a two-way tie at the top of the ranking. One of those has a track record with us, is a rock star worker, and the other looks good on paper, but that’s all we know,” Peterson said. “Well, there is your tie-breaker.”

Zach Kjos was hired as a wildlife technician for the Department in Williston in 2018 after working as a seasonal for five years.

“Working those five years was certainly a plus for getting hired full-time,” he said. “The people who hired me had first-hand knowledge of my work ethic.”

Anderson said agency managers don’t look at seasonal workers as simply that, but rather the next generation of Game and Fish Department employees.

“When you get a good one, you want to keep them forever,” Anderson said.