Boating under the influence is always a concern for law enforcement during North Dakota’s open-water season. With more than 64,000 registered watercraft in the state, it’s a certainty when the sun pops, weather warms and the wind dies, that not all water enthusiasts are playing it smart.

North Dakota Game and Fish Department wardens will participate in the nationally coordinated effort, Operation Dry Water, the weekend of July 5-7 to educate boaters about the dangers of boating while under the influence of alcohol or drugs.

The mission of Operation Dry Water, national organizers say, is to reduce the number of alcohol- and drug-related accidents and fatalities on the water.

Jackie Lundstrom, Game and Fish Department enforcement operations supervisor, said boaters will see heightened enforcement on waters across the state during the weekend of the BUI awareness campaign. 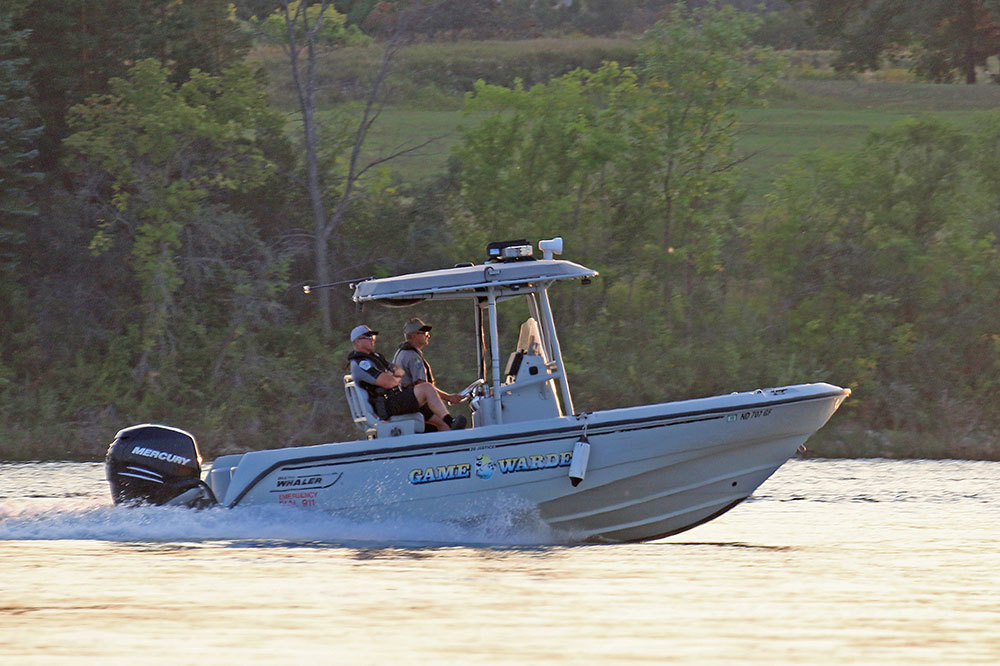 North Dakota Game and Fish Department wardens team up with other local law enforcement personnel to patrol the Missouri River in the Bismarck-Mandan area during the summer months.

“This is a statewide effort and boaters will see enforcement officers on the Missouri River, Lake Sakakawea, Jamestown Reservoir, Lake Metigoshe and elsewhere,” Lundstrom said. “Any contact officers make at boat ramps, for example, they will remind boaters that if they are going to have some alcoholic beverages out on the water that day that they should have a designated driver, a sober driver. I will encourage boaters to be mindful of eating, and drinking plenty of water, just kind of planting the seed of being safe and getting their family and friends home safe.”

Lundstrom said that recreational boating is an activity enjoy by people and families across North Dakota and nationwide. The goal of the campaign is to not only educate boaters on the dangers of drinking alcohol and boating, but also to remind them of other safe boating practices, such as enrolling in a boater education course and having enough life jackets on board for all passengers.

North Dakota law requires all children ages 10 and younger to wear a personal flotation device while in boats of less than 27 feet in length. The law also requires all personal watercraft users to wear a life jacket, as well as anyone towed on skis, tubes, boards or other similar devices.

One of the leading citations in North Dakota most years is an inadequate number of personal floatation devices on board. In 2017, Game and Fish Department wardens wrote 255 citations for this offense.

“Alcohol impairs judgment and reaction time on the water even more so than it does in a car because of the added stressors of sun, heat, wind, noise and the vibrations of the boat,” Lundstrom said. “The Game and Fish Department wants everyone to have a great summer on the water, and to do that boaters must remain sober and alert while underway.”

Lundstrom said this is the fourth year Department wardens are participating in Operation Dry Water. 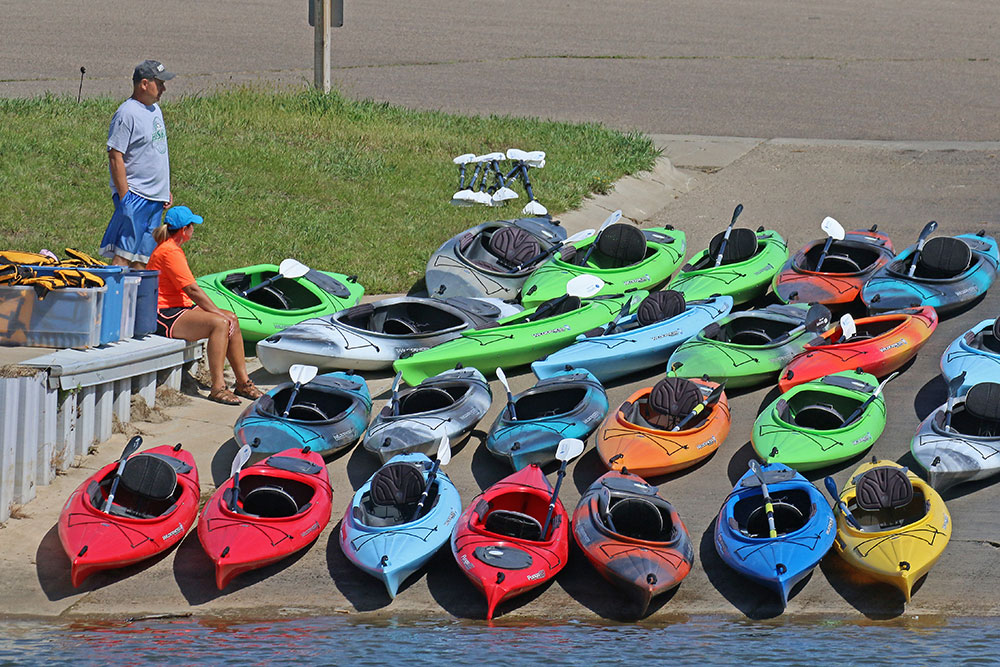 With increasing self-propelled watercraft on North Dakota waters, it is important for all boaters to make safety their number one priority.

“The last couple years, awareness about the campaign has grown,” she said. “We are getting a lot more comments back to officers even outside the Missouri River and Bismarck area from people who are glad we’re out on the water checking for those things a little more frequently.”

In 2017, Lundstrom said alcohol was a factor in four boating-related fatalities in North Dakota.

“That’s alarming,” Lundstrom said. “A lot of times when I see groups go out in boats, I rarely see something to eat in their boats. If you’re not eating something, drinking plenty of water on a hot day, the alcohol is going to impair you a lot faster, affecting your judgment, affecting your balance, affecting everything about driving a boat.”

On several occasions Lundstrom has stopped intoxicated boaters who said they had rides homes once they reached shore.

“That’s the part I don’t understand because they believe it’s Ok to drive intoxicated on the water, yet they understand it’s not the right thing to do in a car on the road,” she said. “And when I ask them to explain that, they never have an answer.”

Lundstrom said if alcohol is going to be involved in an outing on the water, it’s best to plan ahead.

“A lot of times people get caught up in the moment, but you need to make sure that you have somebody available to operate the boat,” she said. “There are instances when you may be taking your neighbors who don’t have a boat or have never operated a boat, but you are responsible for getting them back safely to shore and home. So, if you are the only person able to operate the boat, you should abstain from drinking.”