40 Years of Eggs and Change 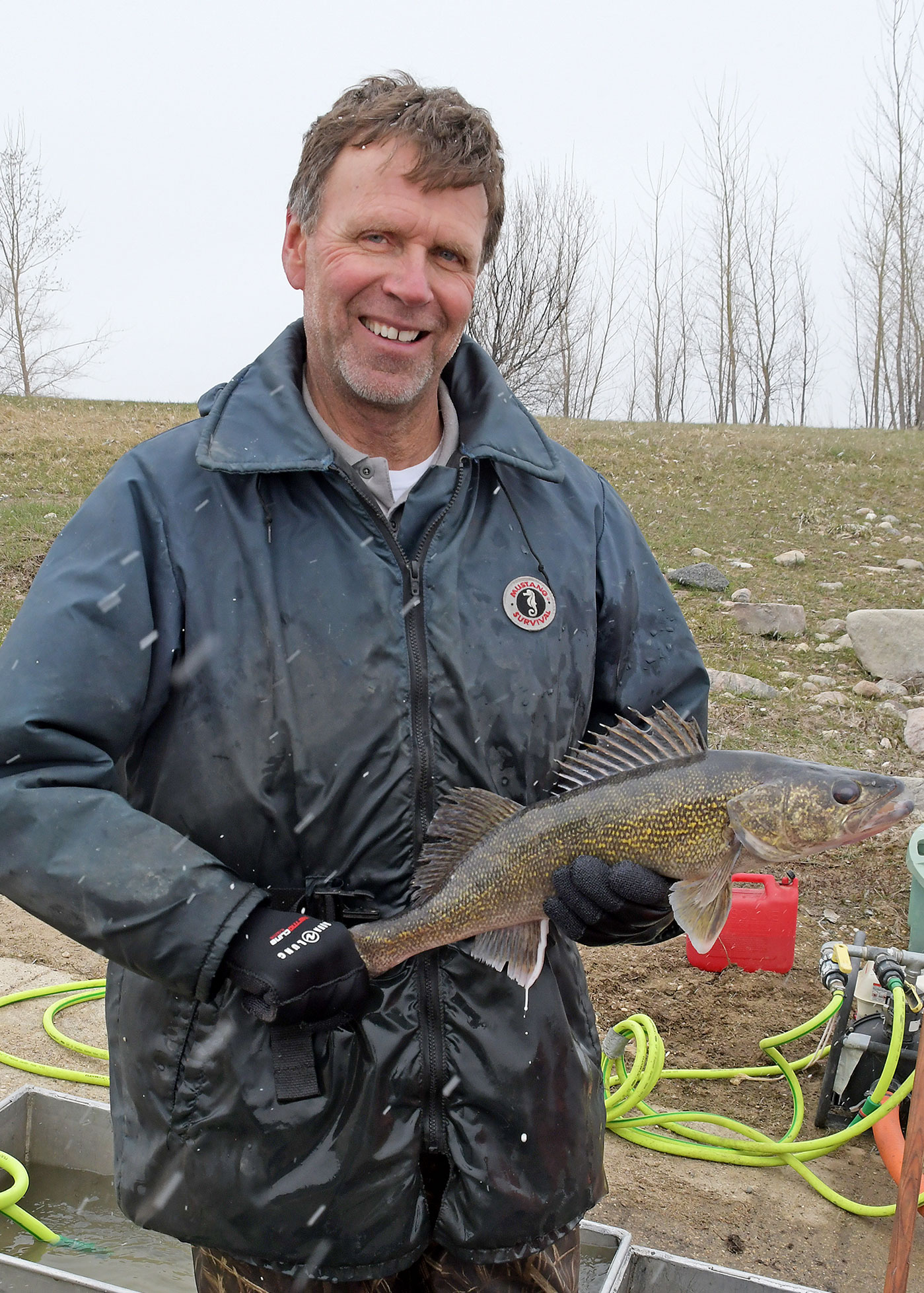 Greg Power, North Dakota Game and Fish Department fisheries chief, with a walleye during the spring spawn on Lake Sakakawea.

While things have changed in Game and Fish Department walleye spawning operations in the last 40 years, the aim remains the same.

When Power went to Lake Sakakawea’s Parshall Bay in early May to help fisheries staff with the walleye spawn, his attendance marked a milestone of sorts.

“1979 – 40 years ago – was the first year I spawned fish at this location,” Power said. “At the time, there was a spawning shack here, but very few trees and there weren’t many anglers to speak of back in those days. In the 1970s, the walleye fisheries across the state were just coming on, especially the Missouri River System.”

Power said fisheries biologists collected as many eggs as they could back then (about one-third as many as today), which required more effort and certainly personnel.

In 1979, and some years to follow, Department fisheries staff netted fish and hauled them to the spawning shack where those fish that were not quite ready to give up their eggs were moved from water tank to water tank that were heated.

There were instances, Power said, when the fish were handled several times before they were willing to give up their eggs.

“I’d say the one big difference today is that we’re so much more efficient because of the equipment, scheduling, manpower and all that stuff, so we are able to do a lot more with less,“ he said. “Today’s fisheries staff, of course, will tell you that they do much better than the old times.”

Power said there’s some truth to that, considering the load fisheries staff must bear again and again.

“We’re either the lowest staffed agency in all 50 states or the second lowest,” he said. “And there is a lot more on our plates today than there used to be. I mean, it’s quadruple of what we used to do and it’s getting done. All the credit goes to our field staff and the efficiencies we’ve built in to what we do.”