What triggers walleye to bite on any given day is sometimes a head-scratcher for anglers.

Untangling the inherited drive for these fish to migrate to cobble-studded back bays on Lake Sakakawea to spawn is straightforward.

“Walleye spawning is driven by two things – water temperature and photoperiod (daylight),” said Dave Fryda, North Dakota Game and Fish Department Missouri River System fisheries supervisor. “Especially in Lake Sakakawea, which is a big body of water, there is warmer water in many of the bays, while the water is still cold out in the lake.” 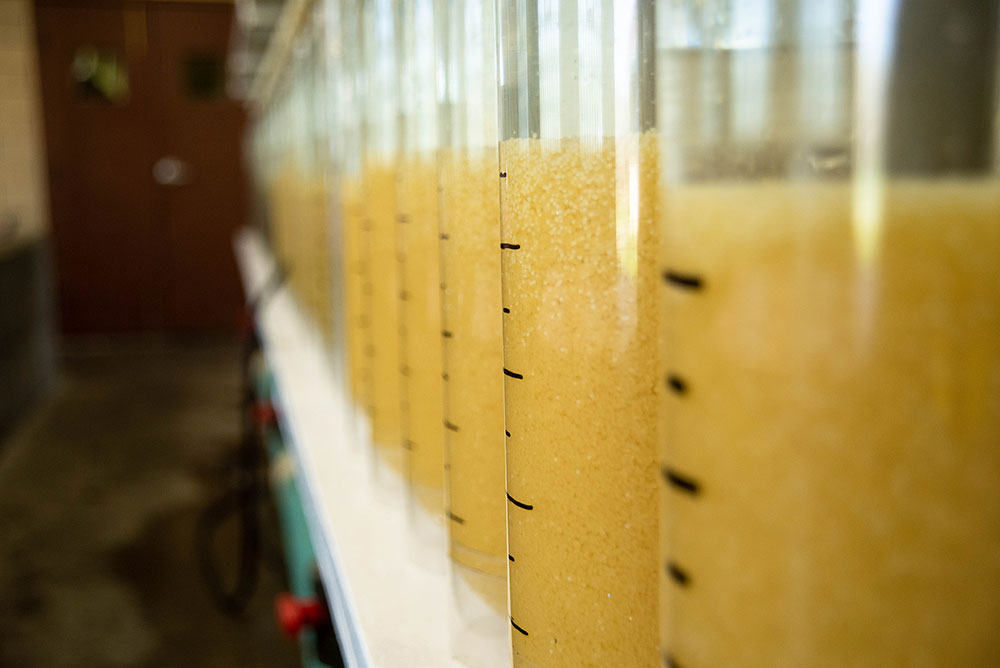 “Today (May 4), we are spawning in 43- to 44-degree water, which the textbooks will tell you is colder than walleye like,” Fryda said. “But we know the fish are ready to go the first week of May … it’s just like clockwork and you can predict when it’s going to be, especially in this portion of the reservoir.”

More importantly: “Van Hook Arm and Parshall Bay has one of the highest concentrations of fish … this is the epicenter,” Power said.

The fish are not only attracted to the area because of creeks flowing into back bays and warming water temperatures, but because of the abundance of cobble substrate spawning habitat walleye need to reproduce successfully in the wild.

Some of the fish that don’t pull off this timeless cycle in Sakakawea’s shallows, as you might guess, end up in Game and Fish Department nets.

“It’s a fairly simple process, really,” Fryda said. “We collect fish and bring some males and those females back to the boat ramp that are easily expelling their eggs. We mix eggs from the females and milt from the males at the ramp and then transport the fertilized eggs to Garrison Dam National Fish Hatchery.”

According to Jerry Weigel, Department fisheries production/development coordinator, the eggs are placed in incubation jars for three weeks before hatching into fry, and then stocked by the millions into hatchery rearing ponds for one month. At this stage, the immature fish, measuring about an inch in length and wanting to eat other fish, are considered fingerlings and ready for introduction into North Dakota waters.

During the walleye spawn on Lake Sakakawea, there is little time for pause as fisheries biologists from both the Game and Fish Department and the U.S. Fish and Wildlife Service work to remove eggs and milt from spawning fish.

What’s important in this entire process of spawning and raising walleye in North Dakota, and so often goes unnoticed, is the working relationship between the federal fish hatchery and the state Game and Fish Department. Both agencies bring expertise to the operation, with the goal of raising healthy fish, and several different species of fish, for North Dakota anglers.

“While most states have state-owned hatcheries, in North Dakota we have a partnership with the Fish and Wildlife Service and it works really well,” Fryda said. “We primarily handle the field end of the process by collecting eggs and fertilizing them … At the hatchery, they hatch the eggs, stock the ponds, raise the fish to fingerlings and then we come back and distribute them across the state to our fishing waters.”

The goal going into the spring spawning season was to collect enough eggs as easily and quickly as possible, no matter where in the state, to raise 10 million walleye fingerlings to be distributed to 100-plus North Dakota fisheries, Sakakawea included, in summer. 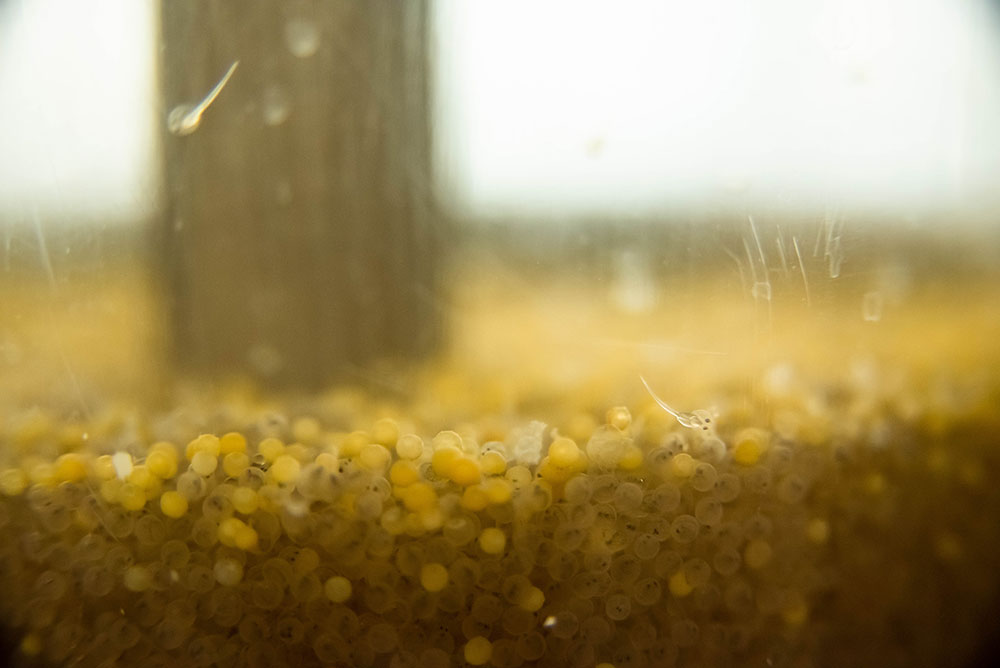 Over the years, Devils Lake and Lake Oahe have been the go-to waters, but it’s not surprising Sakakawea was the choice in 2019

“The walleye population in Sakakawea the last few years has been so good … lots of big fish, lots of fish of all sizes that are in really good condition,” Fryda said. “When the condition of the fish is good, they produce more eggs and a better quality of egg. The walleye population in Sakakawea is phenomenal right now and it’s certainly our best option.”

In 2018, Game and Fish Department personnel stocked nearly 10 million walleye fingerlings in more than 140 waters across the state. Weigel said at the time that considering not many fingerlings went into Sakakawea, it was one of the largest stockings of more than 8 million fingerlings into smaller state fisheries.

The demand to stock more than 70 prairie walleye lakes that have little or no natural reproduction continues.

“We’ve certainly seen a growth in the number of walleye fisheries on North Dakota’s landscape in the last 10-20 years,” Fryda said. “The vast majority of those fisheries get their start right here on Sakakawea because a lot of those bodies of water do not have natural reproduction. Sakakawea is in such great shape that’s it’s not only maintaining its own fishery, but driving other walleye fisheries across the state.”