Fallout of a Tough Winter

The fallout of long winters and snow-covered lakes during North Dakota’s leanest months is that some fish die in some waters.

It’s just that some winters are harder on the resources than others. Winter 2018-19 was a hard winter. 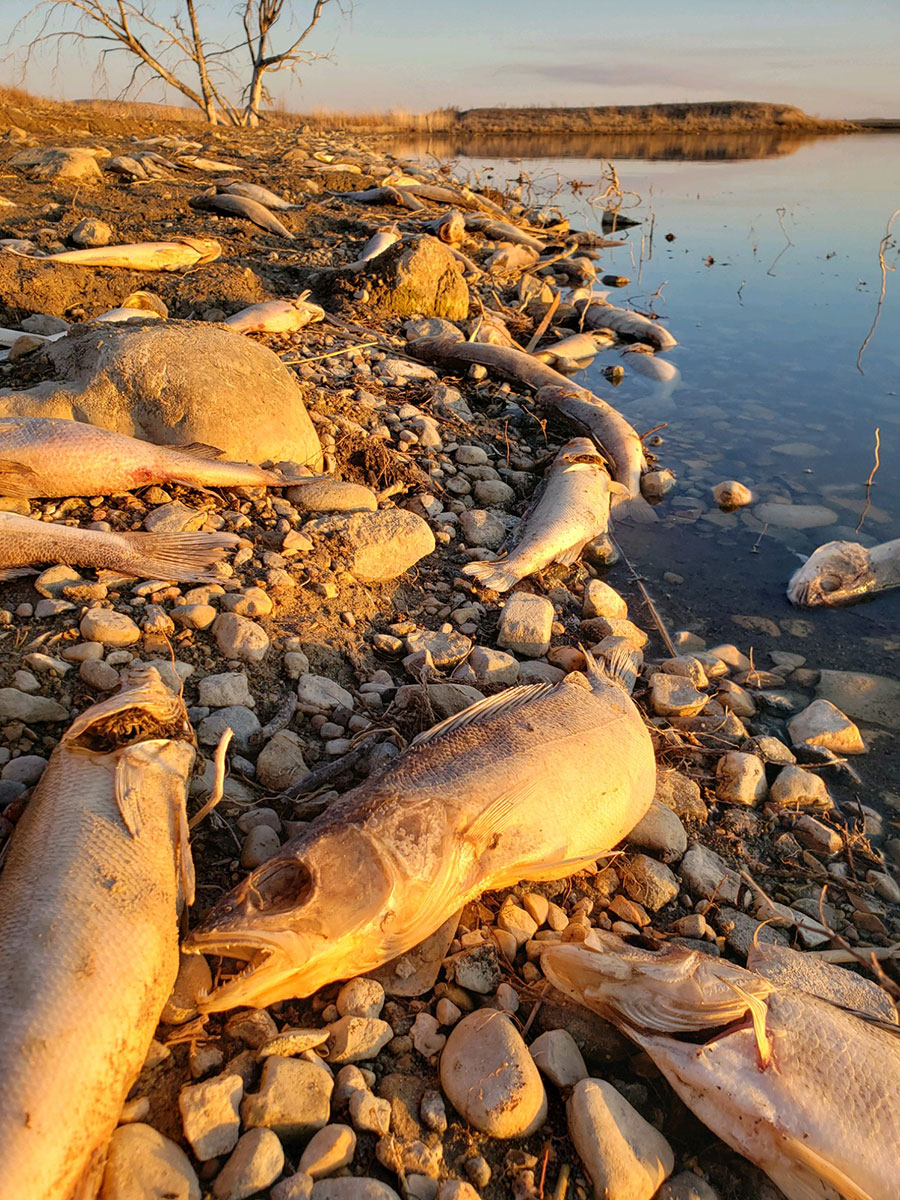 Going into spring, Game and Fish Department fisheries managers knew that winterkill of varying degrees would be an issue on some North Dakota waters.

“Winterkill is something we deal with every winter, it’s just that this past winter was a little worse than most,” said Scott Gangl, North Dakota Game and Fish Department fisheries management section leader.

Gangl said Game and Fish manages a select number of lakes, mostly those shallower community fisheries, that winterkill every year. Understanding this, fisheries biologists stock those waters with adult fish annually so anglers, when the weather gets nice, have the opportunity to catch something.

“They get stocked every spring, with rainbow trout from the hatchery, and adult bluegill, crappie, catfish and northern pike that our staff traps and transports into these waters,” Gangl said. “I suspect most anglers don’t even know that they winterkilled. By the time they show up in spring, the waters have fish again.”

Going into spring, fisheries staff had dozens of lakes on their radar for potential winterkill of varying degrees. In early May, Game and Fish ran a news release listing those waters and the severity of the fish kills.

“There may be others that our fisheries staff haven’t gotten to, or that the public hasn’t run across,” Gangl said. “We’ve asked Game and Fish fisheries staff to keep the information as current as possible on our website (gf.nd.gov). The last thing we want to do is direct anglers to waters than don’t have fishable populations.”

Some of the lakes that suffered winterkill will be stocked with adult fish trapped from other waters or fingerlings from the hatchery. Fish species such as yellow perch, bluegill and bass, which all spawn naturally in North Dakota lakes, were trapped and transported before spawning.

“We treat those waters with total winterkill that are receiving the adult fish like they are new lakes,” Gangl said. “While the adult fish aren’t stocked in huge numbers, what anglers will be catching down the road in a few years is the offspring.”

North Dakota Game and Fish Department fisheries biologists investigated winterkills at several lakes in spring, and some were considered significant enough to affect the quality of fishing.

Biologists continued to monitor suspect lakes and other fisheries throughout the spring.

A total fish kill means all fish died, a significant kill is when the game fish population is greatly reduced and a partial kill means dead fish were observed, but catchable numbers of game fish are still present.

Minor winterkills were noted in some other lakes, but weren’t significant enough to affect fishing. Information of all waters actively managed by Game and Fish is available by visiting the Game and Fish website. This page will be updated as other lakes are surveyed.

Confirmed lakes with total or significant winterkill are listed by county. For more information on individual lakes, or to report fish kills that may not be on the list, anglers can contact the local Game and Fish district office.