While coming up empty-handed in these monitoring efforts is certainly the preferred outcome, Department biologists understand the possibility of finding a nonnative plant or animal that could negatively influence state waters is real.

“This year we found bighead carp for the first time in North Dakota,” said Jessica Howell, Department aquatic nuisance species coordinator, on the invasive fish species that moved up the James River from South Dakota during times of high water. “They moved up with some additional silver carp, so now we have populations of both.”

As it’s been widely reported, zebra mussels were also discovered in June in Lake Ashtabula, a 5,200-acre impoundment operated by the U.S. Army Corps of Engineers, and in September in the Sheyenne River near Valley City.

Howell said it’s only a guess how the invasive mussels got into Ashtabula. Maybe they were transported in water as microscopic larvae, or moved to the lake as adults attached to equipment, such as a boat dock or boat lift.

“If people follow the clean, drain and dry regulations and recommendations, they shouldn’t be spreading any aquatic nuisance species around the state,” Howell said. “However, we do ask that people be more vigilant, knowing that there is potential to spread zebra mussels not only from Ashtabula, but from the Red River and the Sheyenne River as well.”

Because zebra mussels in the larval stage can easily go unnoticed by water users, Howell said it’s important that boaters, anglers and others treat every water as if it’s infested.

“We have good regulations in place and if all people follow our laws, it should really minimize the risk of spreading aquatic nuisance species,” Howell said. “Those laws include removing vegetation, draining all water and removing drain plugs and leaving them open during transport. That doesn’t just apply to recreational equipment, it also applies to commercial and industrial equipment as well.”

Game and Fish this year stepped up water sampling efforts that detect larval-stage zebra mussels. Howell said Department personnel sampled more than 100 water bodies twice each in 2019. Before, that number was closer to 30 waters sampled just once a year.

“We also added some adult (zebra mussel) searching, particularly upstream of Lake Ashtabula, as well as a few other high-risk areas,” she said. “Thankfully, we have not found any zebra mussels in any of those samples. We wanted to make sure that any potential activities that we have done have not spread any zebra mussels, and that recreational boating and angling has not caused any spread as well.” 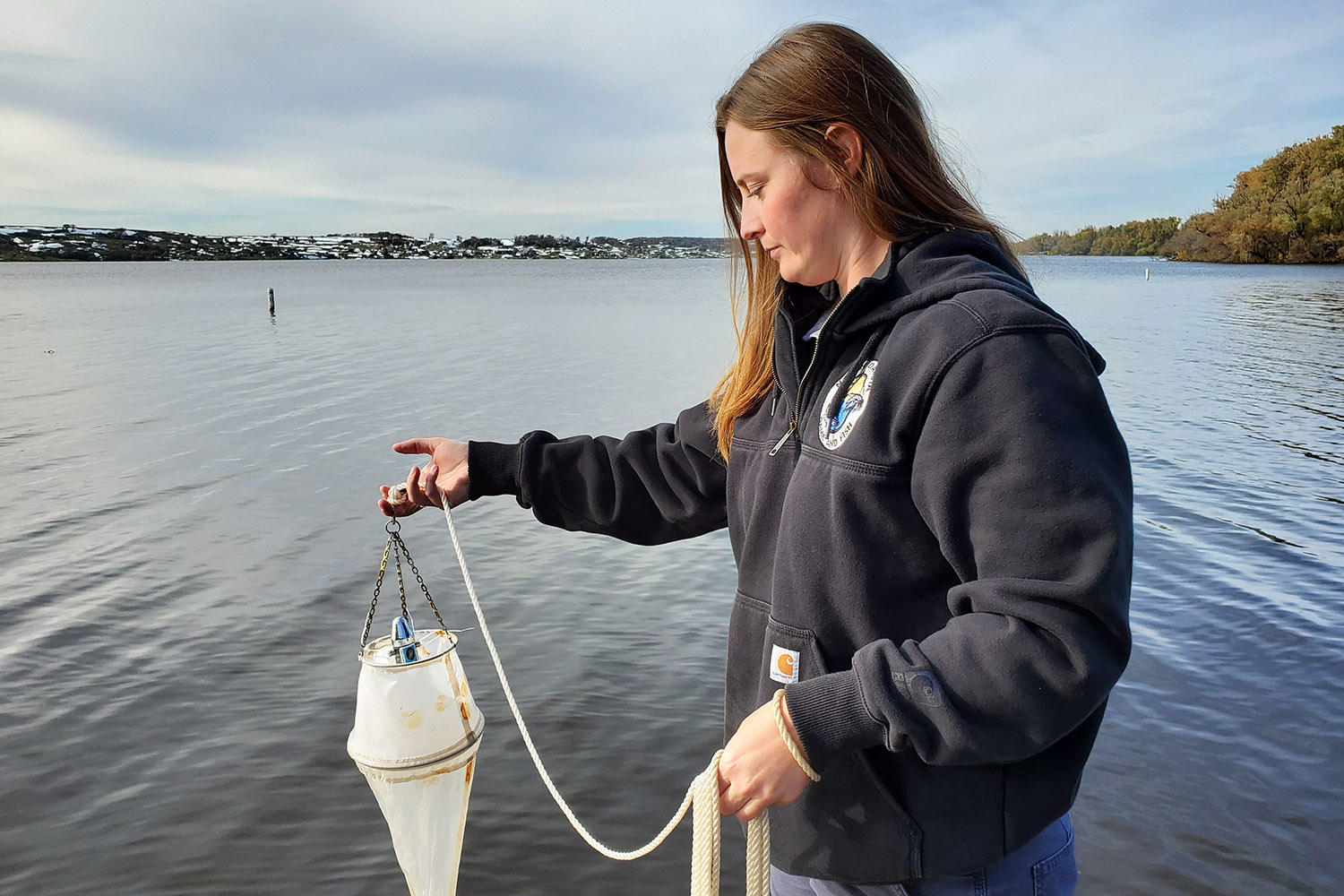 This fee is prorated, meaning those motorized watercraft owners who have one year left in the three-year cycle will be charged just $5.

Also, all motorized watercraft not licensed in this state and operated on North Dakota waters must obtain a valid, nonrefundable aquatic nuisance species sticker. The cost is $15 per calendar year and must be purchased online.