No doubt one of the contributing factors is NAWCA – the North American Wetlands Conservation Act – passed by Congress and signed by President George H. W. Bush on December 9, 1989.

The NAWCA gave a major lift to the North American Waterfowl Management Plan, established in 1986 between the governments of the United States and Canada (Mexico joined the effort in 1994) to address a long-term continental waterfowl decline. It provided a source of federal matching dollars for worthy projects designed to improve wetland habitats on a large enough scale to make a difference. 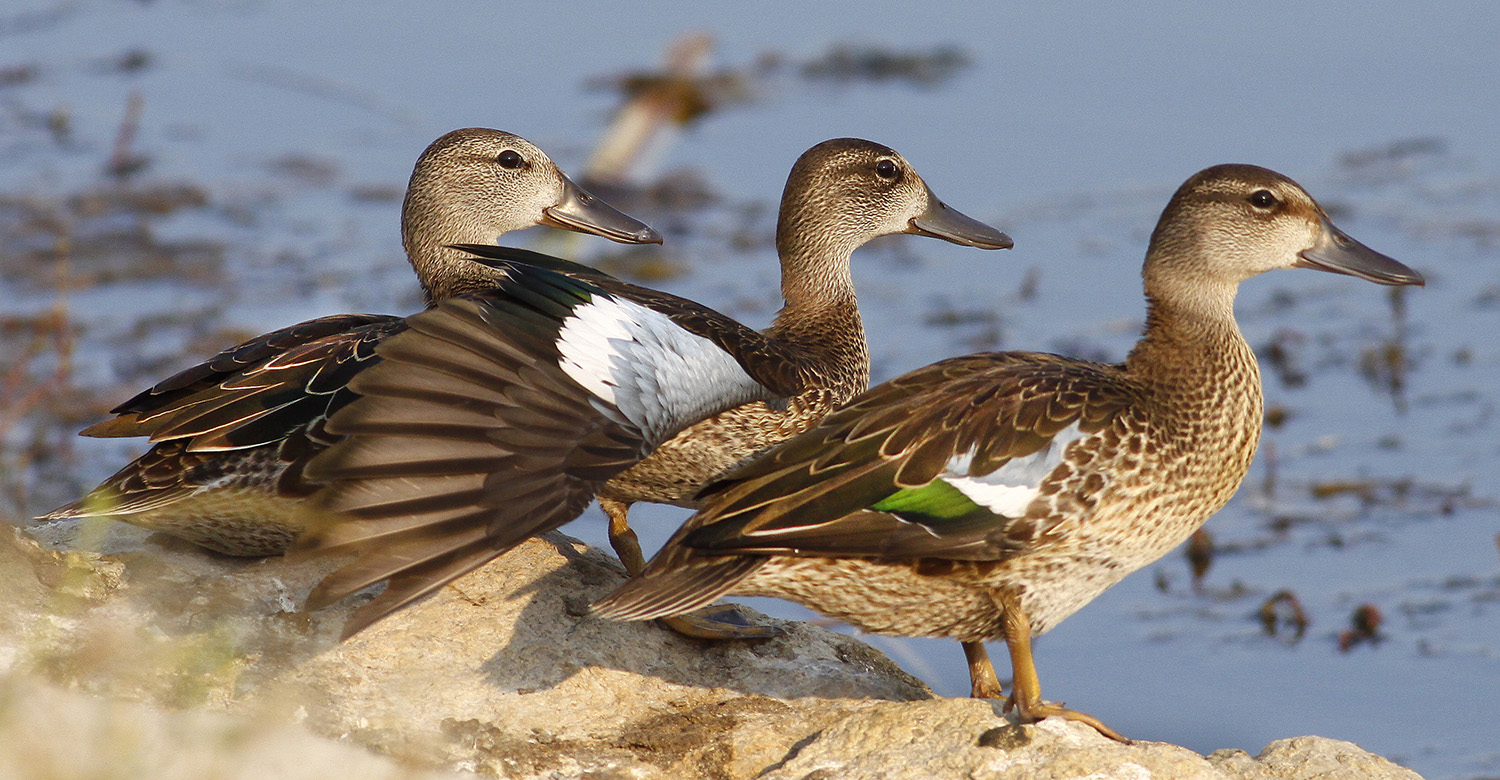 North Dakota is typically the number one duck production state in the lower 48, and in good years, it may produce more ducks than all the other states combined.

And the difference, according to U.S. Fish and Wildlife Service estimates, is a jump of about 50 percent in the number of ducks and geese migrating up and down the continent since 1989.

That’s in direct contrast to a recent “State of the Birds” report from the North American Bird Conservation Initiative, which shows that many other continental bird species are in decline. “Given that State of the Birds report,” said North Dakota Game and Fish Department Director Terry Steinwand, “I would have to guess that waterfowl would be on the same trajectory without NAWCA.”

Steinwand holds a unique perspective when it comes to NAWCA. For 12 years – the last seven as chairman – Steinwand has served as the Central Flyway representative on a national board called the North American Wetlands Conservation Council. This council also includes state conservation agency directors from the Atlantic, Mississippi and Pacific flyways, as well as several national conservation organizations. What the council does is review project proposals that fall under NAWMP, and pass along recommendations for funding.

The final decision on which projects get NAWCA dollars lies with the Migratory Bird Conservation Commission, which is chaired by the U.S. Secretary of the Interior, and also includes the U.S. Secretary of Agriculture, the administrator of the U.S. Environmental Protection Agency, and two members each from the U.S. House of Representatives and U.S. Senate.

Once a project is approved, the grant money becomes available, not as a direct payment, but as matching dollars to combine with other nonfederal sources. As such, Steinwand says, the projects that eventually get funding are those that come with committed partners already in place to contribute the match to the NAWCA grant money available.

Since NAWCA first passed 30 years ago, the federal grants have added up to $1.7 billion. On the other side, more than 6,000 partners, from national organizations and businesses, to state conservation agencies, to local wildlife clubs and individuals, have contributed nearly $5 billion in matching dollars.

What all these dollars mean is new, preserved or restored habitat in the form of wetlands, grasslands, and anything else that might help wetland-related migratory birds. And North Dakota, because of its position in the Prairie Pothole Region, and its significance to the continent’s breeding duck population, is a big part of that.

North Dakota’s prairie potholes are a valuable continental natural resource, and are integral to the success of the North American Waterfowl Management Plan.

Since the first North Dakota NAWMP project got underway 30 years ago (see sidebar on Chase Lake Prairie Project), the state has hosted 85 projects that conserved about 1.7 million acres. Continentally, NAWCA grant money has been invested in more than 2,800 projects involving around 30 million acres. “It benefits waterfowl, and benefits other wetland obligate birds, whether it be sandpipers or avocets and many others bird species,” Steinwand said.

But there’s more to it. “The vast majority of those funds,” Steinwand added, “actually go to landowners who voluntarily enroll land in NAWCA projects … it really is a win-win for places like North Dakota.”

While 30 years is an appropriate milestone to acknowledge the successes of NAWCA, it’s also a time to redouble efforts to address future challenges. “Even though we’ve made some tremendous progress,” Steinwand said, “we still have a long way to go.”

But fortunately, the desire to develop projects and recruit partners is holding steady. “There continues to be a lot of interest,” Steinwand noted. “The enthusiasm in North Dakota, across the United States and Canada and Mexico, has continued in the years I’ve been on the council … so I’d say that unless that enthusiasm wanes … this is going to continue to be successful. All our partners, they come back every year. They’re still as excited as they’ve ever been. 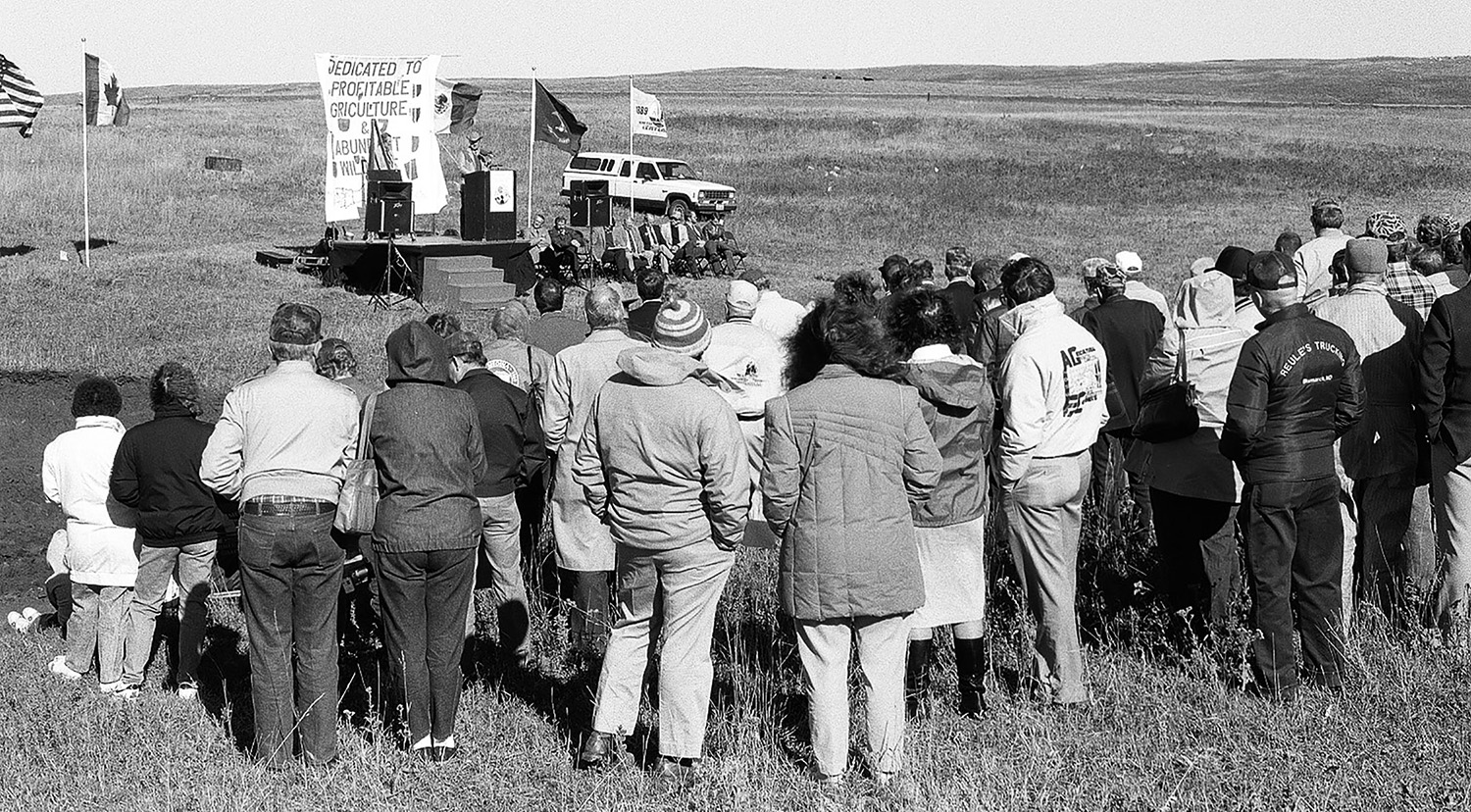 A sign promoting “Profitable Agriculture and Abundant Wildlife” provided the backdrop for speakers at the Chase Lake Prairie Project dedication in September 1989.

The first major North American Waterfowl Management Plan project in North Dakota got off to a rousing start 30 years ago this fall on the windswept North Dakota prairie in western Stutsman County.

Dubbed a “National Flagship Project” of the NAWMP, the Chase Lake Prairie Project dedication in September 1989 attracted about 600 people that included many landowners who would eventually become partners under the project’s motto of “Profitable Agriculture and Abundant Wildlife.” 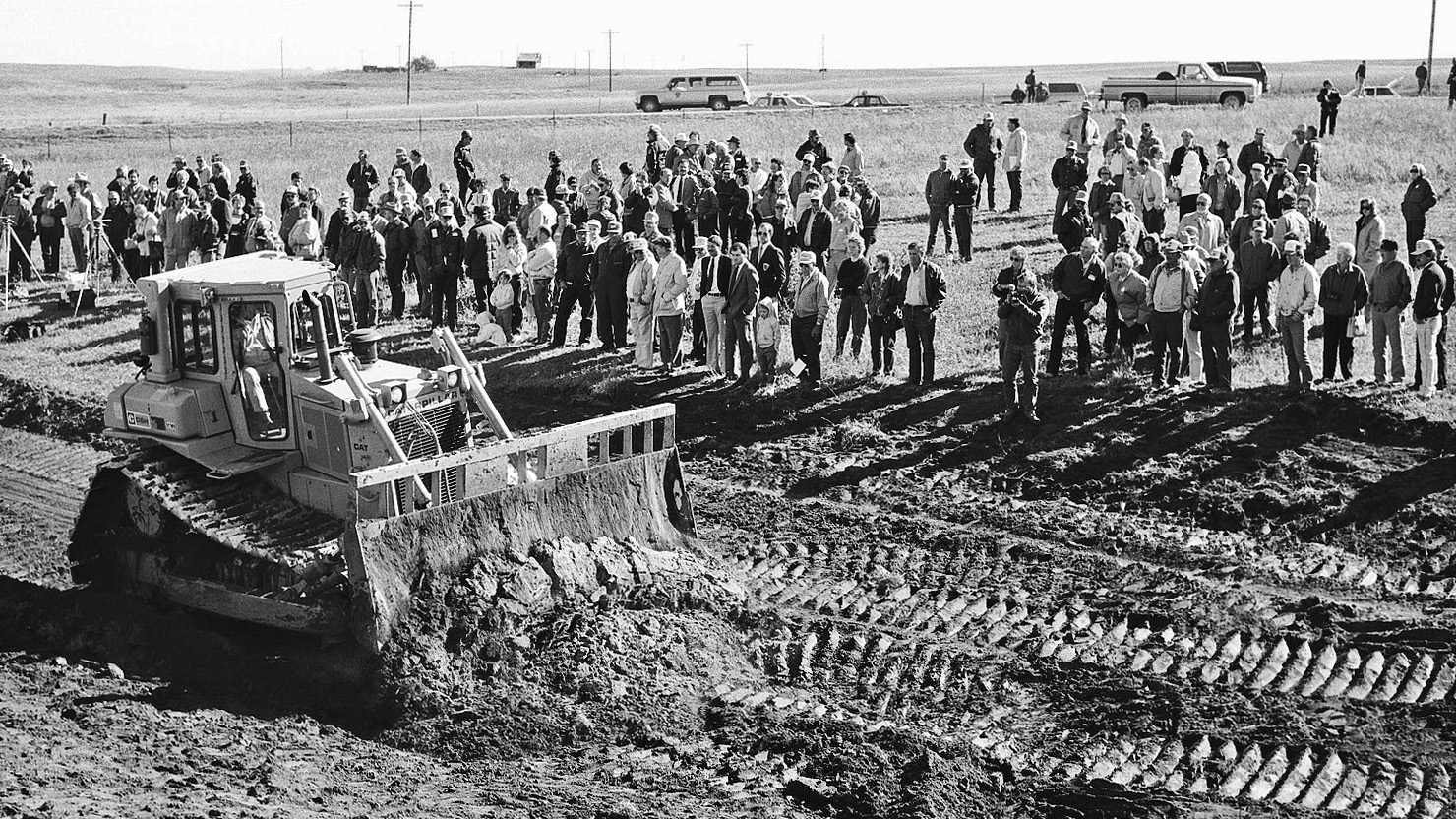 One of the signature events at the Chase Lake Prairie Project dedication was moving dirt to plug a drainage canal that would lead to the first wetland restoration under the project. Many more have followed in the 30 years since.

The Chase Lake Prairie Project is still active today, having received numerous North American Wetland Conservation Act grants over the years, and having fulfilled the words of the late North Dakota Governor George Sinner, who told the gathered crowd, “The partnership on which the project and the foundation are founded transcends state lines and even national boundaries. The commitment to this project is indeed continental. We are proud of North Dakota’s role in the … North American Waterfowl Management Plan and the Prairie Pothole Joint Venture, and we stand ready to further the causes of the project, proving the goals of agriculture and wildlife can be achieved together.”