Fisheries biologists will be the first to tell you that more water usually means good things for fish.

“But in some cases, the water levels rise too much and can cause some problems by allowing invasive species access to these lakes,” said Paul Bailey, North Dakota Game and Fish Department south central district fisheries supervisor. “So, when Rice Lake met its natural outlet this spring, the lake was connected, via about a 30-mile drainage, to Lake Oahe. And that provided an avenue for a bunch of different fish species in Lake Oahe to make their way into Rice Lake.” 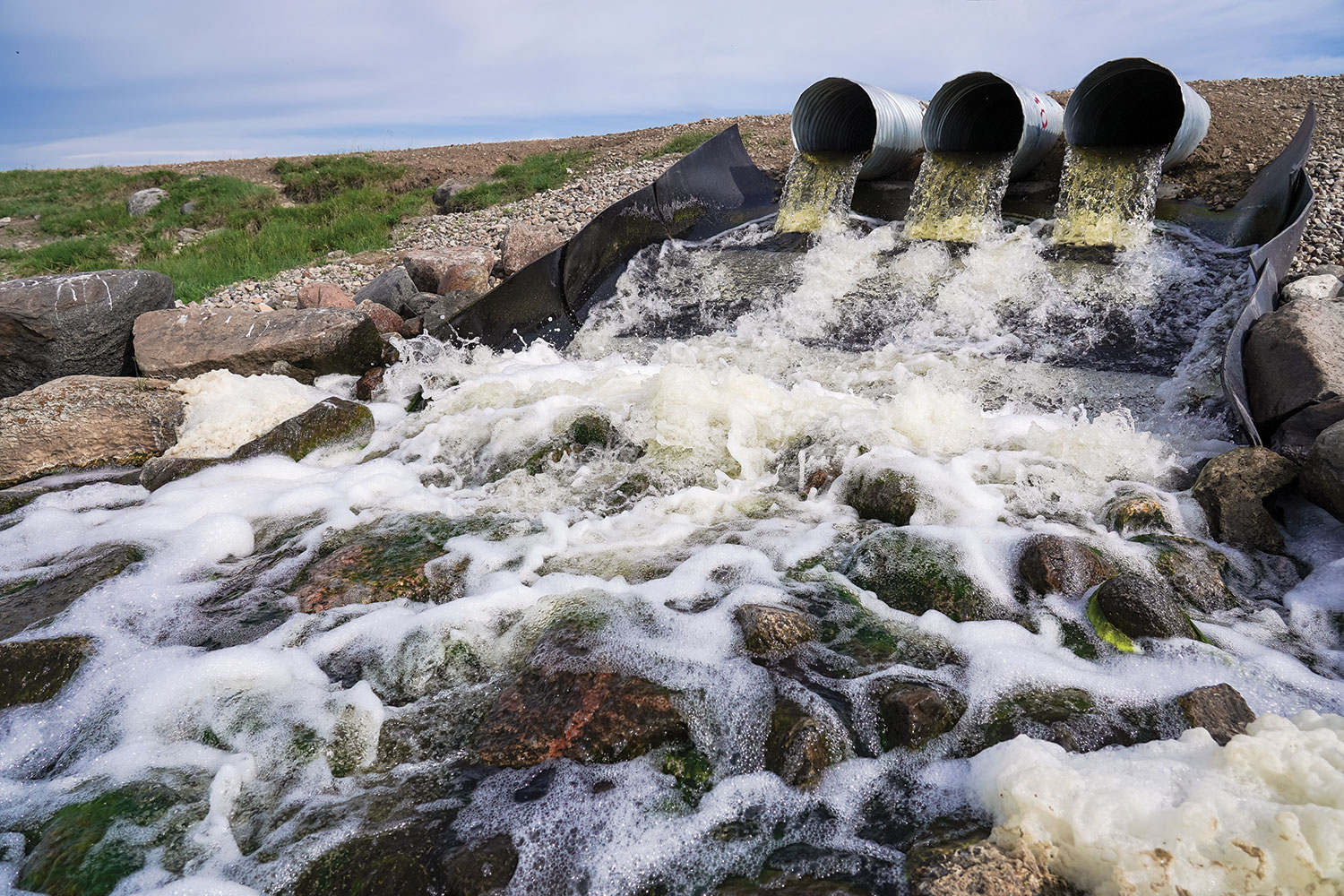 Located in Emmons County, Bailey said Rice Lake has been an outstanding fishery for decades, one of the premier fisheries in south central North Dakota.

“It’s got northern pike, yellow perch, and is especially known for its walleye population in recent years,” he said.

“It’s been an outstanding fishery and we’d like to keep it to that small number of species. Lake Oahe itself has over 70 different fish species in it, most of which would probably be a detriment to the Rice Lake fishery.”

Most notably, common carp, which tend to swim longer distances upstream and could easily maneuver into Rice Lake, if not for a drop structure built in spring on private land to halt the upstream invasion.

Bailey also noted that carp have long been an issue in the Nieuwsma Dam drainage, located about a half-mile downstream of the construction site.

The Game and Fish Department constructed a culvert drop structure on land owned and operated by Dale Nieuwsma and Duane Nieuwsma downstream of Rice Lake.

“Rice Lake hits its outlet and flows very gently, not losing a lot of elevation for the first several miles,” Bailey said. “So, we’re fortunate to have this half-mile-or-so stretch that offered a little steeper gradient where we could install a drop structure. We’re very fortunate to have Dale and Duane Nieuwsma, who were willing to let us conduct this project on their property. Without landowners like these, these projects simply cannot be done.” 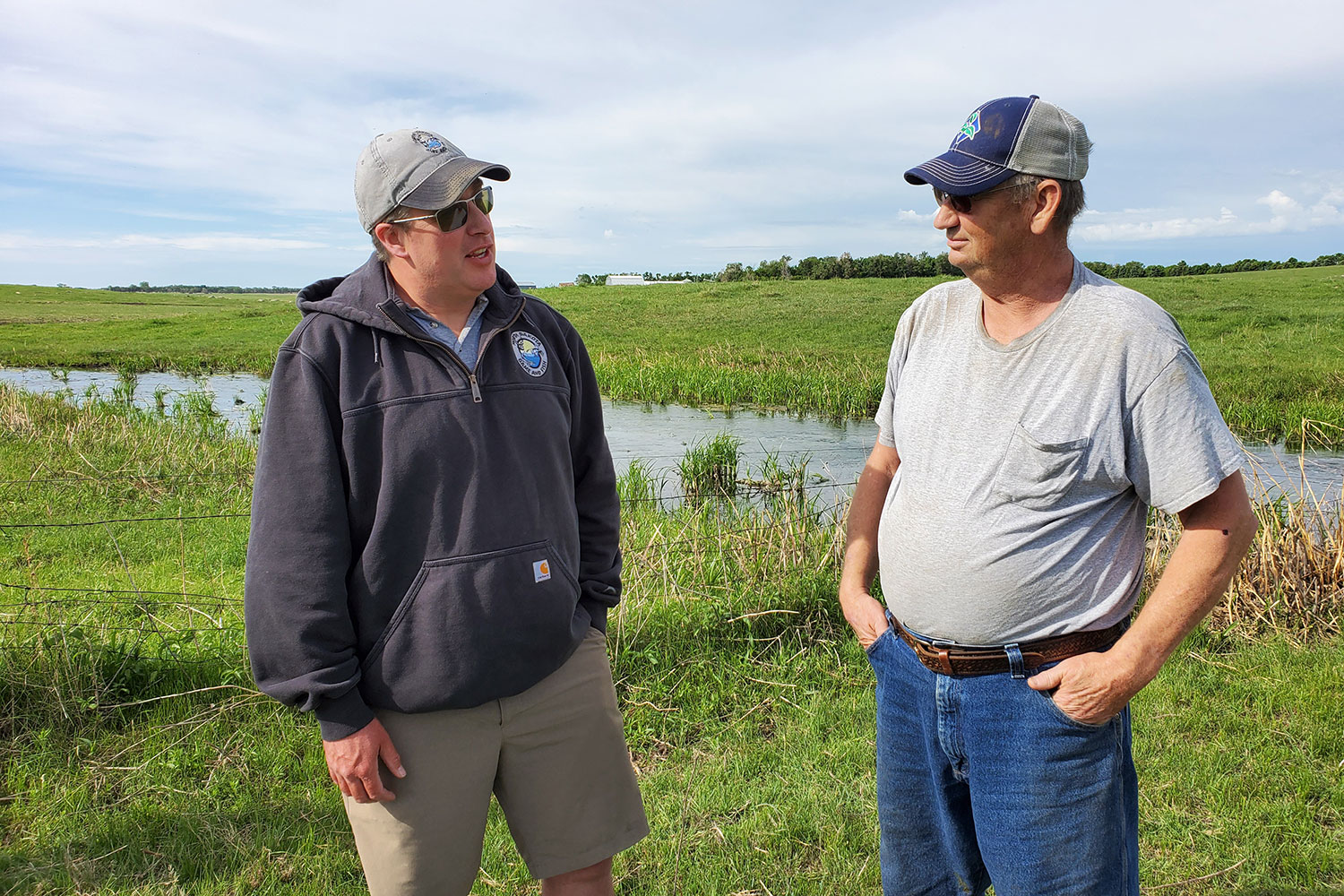 Dale Nieuwsma was born on the property in the early 1950s and has never seen the water this high.

“It was just determined a few years ago that Rice Lake would run over this direction, but nobody really knew where it would come,” Dale said. “It was actually early spring that Paul (Bailey) contacted me and we knew there was going to be a problem. If not for the structure, my dugout (for the cattle on the property) would’ve been gone. The drop structure was just a good idea … it helped us both.”

And it certainly arrested the migration of unwanted fish species into Rice Lake.

“The carp are here,” Dale said, pointing to the downstream side of the drop structure. “We’ve physically seen them.”

A combination of weather factors forced Rice Lake to reach its natural outlet for the first time since European settlement in North Dakota.

Bailey said Rice Lake hit one of its recent lows in fall of 2008, making it about 20 feet lower than it is today.

“We gained a tremendous amount of water in Rice Lake in the spring of 2009, 2010 and 2011, following terrible winters of snowfall,” he said. “From 2012 through 2018, water levels were relatively stable, but then we had an incredibly wet fall in 2019. Couple that with a bit of snowmelt this spring, Rice Lake has risen about 6 feet, which allowed it to reach its natural outlet.” 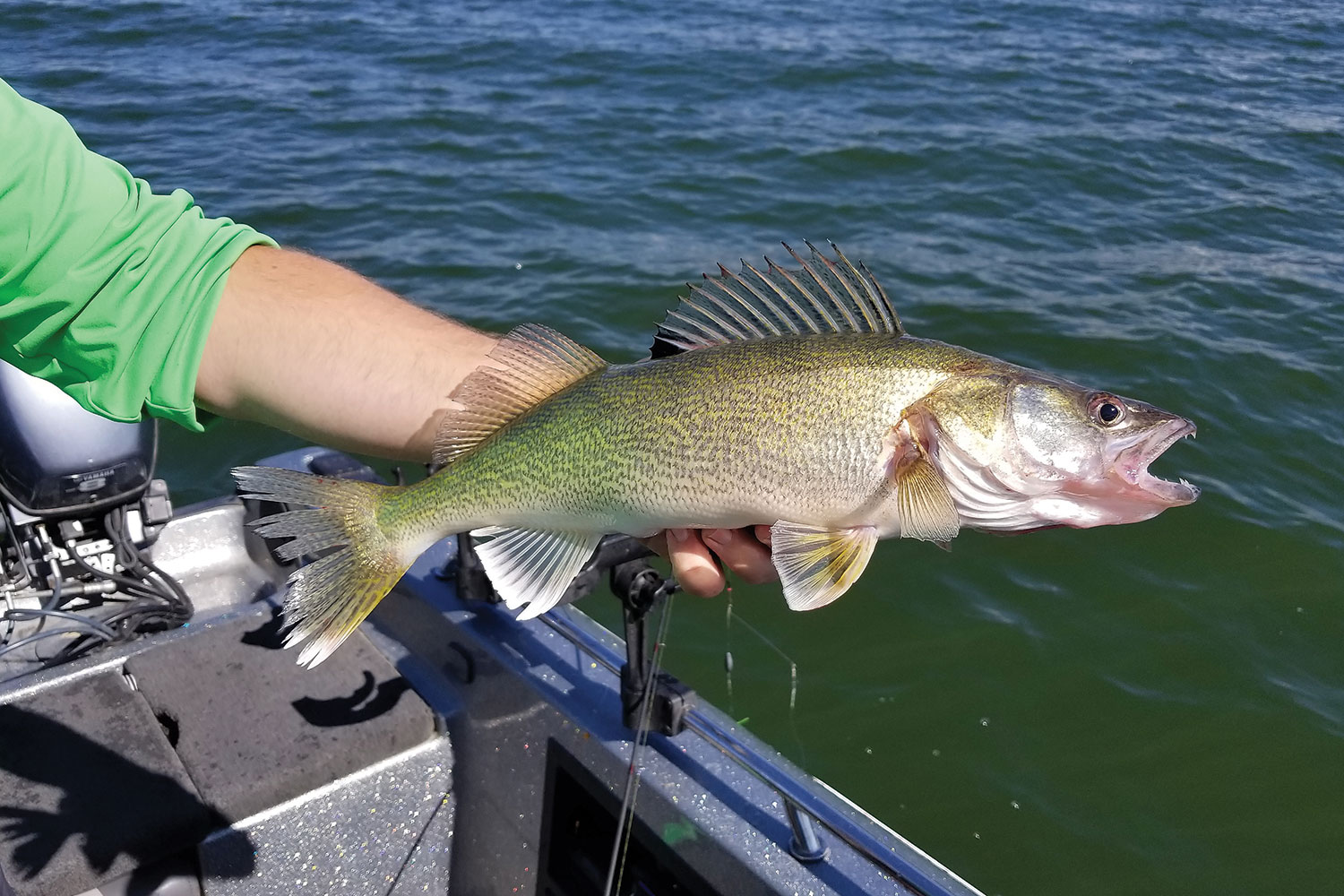 “While the amount of water we’re seeing on the landscape is fairly unprecedented, this is North Dakota after all and we could enter a drought period next year,” Bailey said. “In the meantime, however, we know that this structure is essential in keeping a bunch of unwanted species out of Rice Lake.”

Once carp get into a lake, things can go south in a hurry.

“Basically, a lake can only support so many pounds of fish and when carp enter a lake, they’re often able to outcompete the other fish species,” Bailey said. “So, the walleye, pike and perch populations tend to suffer, which is certainly less desirable from an angling perspective.”

Water started flowing out of Rice Lake’s natural outlet the last week of March and the drop structure was put in place the first week of April.

“Time was of the essence to get the work done before the carp were able to make their way up into this area,” Bailey said. “We’re fortunate to have some very skilled folks – Wes Erdle, Kyle Hoge and Justen Barstad – within Game and Fish, who have the skills and equipment to conduct these projects in-house. That allowed us to quickly mobilize this spring and get the drop structure in place.”