Campaign to Address Drinking and Boating 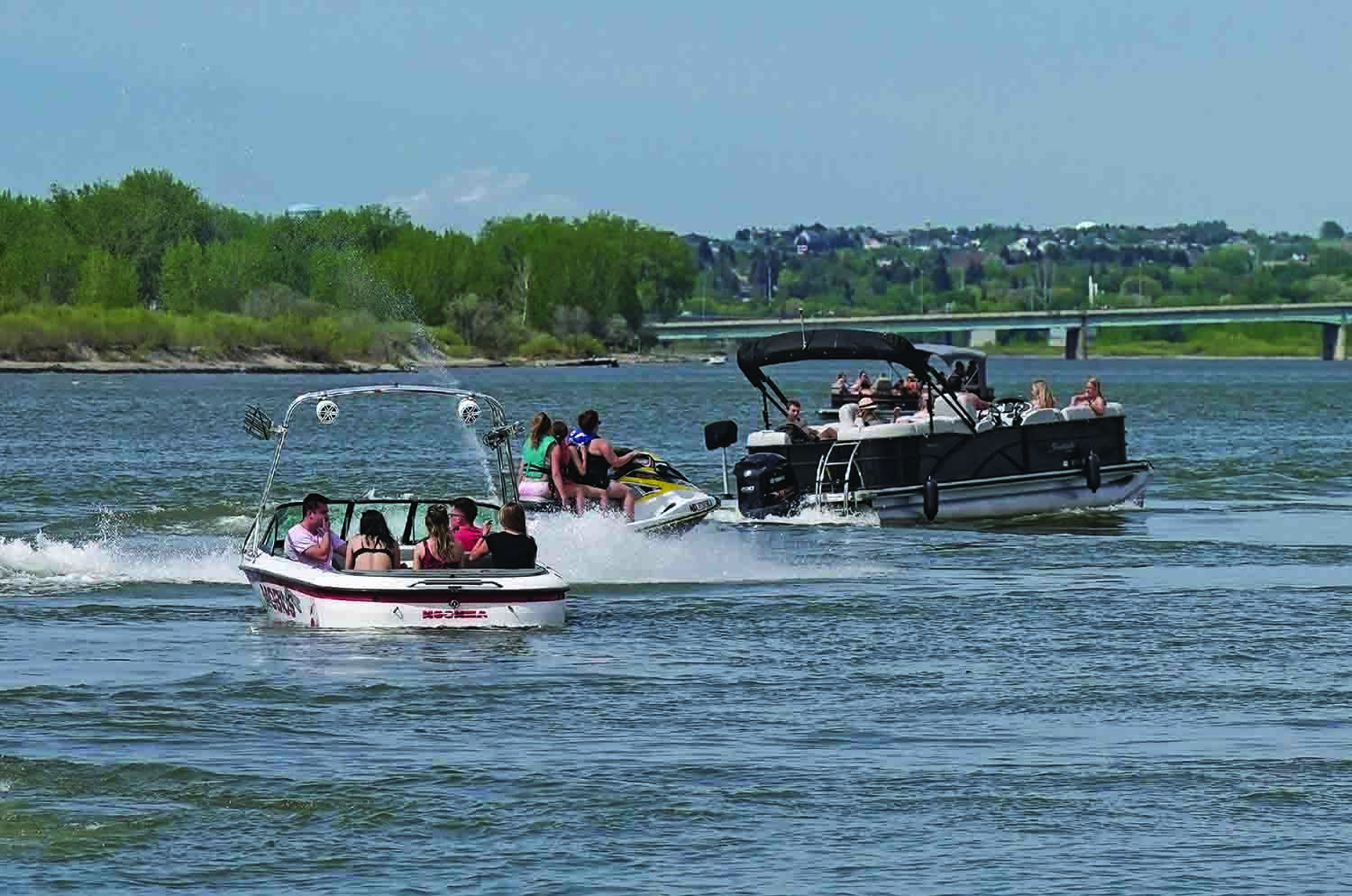 Jet skiing is popular on a number of North Dakota waters.

Unlike the unpredictable summer weather, the aim of North Dakota Game and Fish Department’s enforcement personnel never varies during the state’s boating season.

“Our goal, as always, is to make sure everyone gets home safely,” said Jackie Lundstrom, Department enforcement operations supervisor.

With this safety goal in mind, and the opportunity to educate boaters about the dangers of boating while under the influence of alcohol or drugs, Game and Fish Department wardens will participate again in Operation Dry Water July 3-5 on lakes and rivers around the state.

Operation Dry Water is a national heightened awareness enforcement campaign targeting boating under the influence. The campaign’s mission is to reduce the number of alcohol- and drug-related accidents and fatalities on the water.

According to Game and Fish enforcement records from 2015-19, there were 74 reported boating accidents, including 11 fatalities, five of which were alcohol-related deaths, and 45 injuries beyond first aid.

It’s no secret, Lundstrom said, that alcohol impairs judgment and reaction time, especially on the water, because of added stressors of heat, wind, wave action, noise and vibrations of the boat.

“Anytime you go out on the water you need to be prepared … you need to have food along and plenty of water to drink on a hot summer day,” Lundstrom said. “Being prepared also entails having a float plan. If you are the only one on the boat that knows how to safely operate it, should you be drinking? The key is to have a sober driver to get everyone safely back to shore.”

Lundstrom said she started patrolling the Missouri River near Bismarck-Mandan in 1997 and has seen her share of boat operators who have had too much to drink on a summer day. 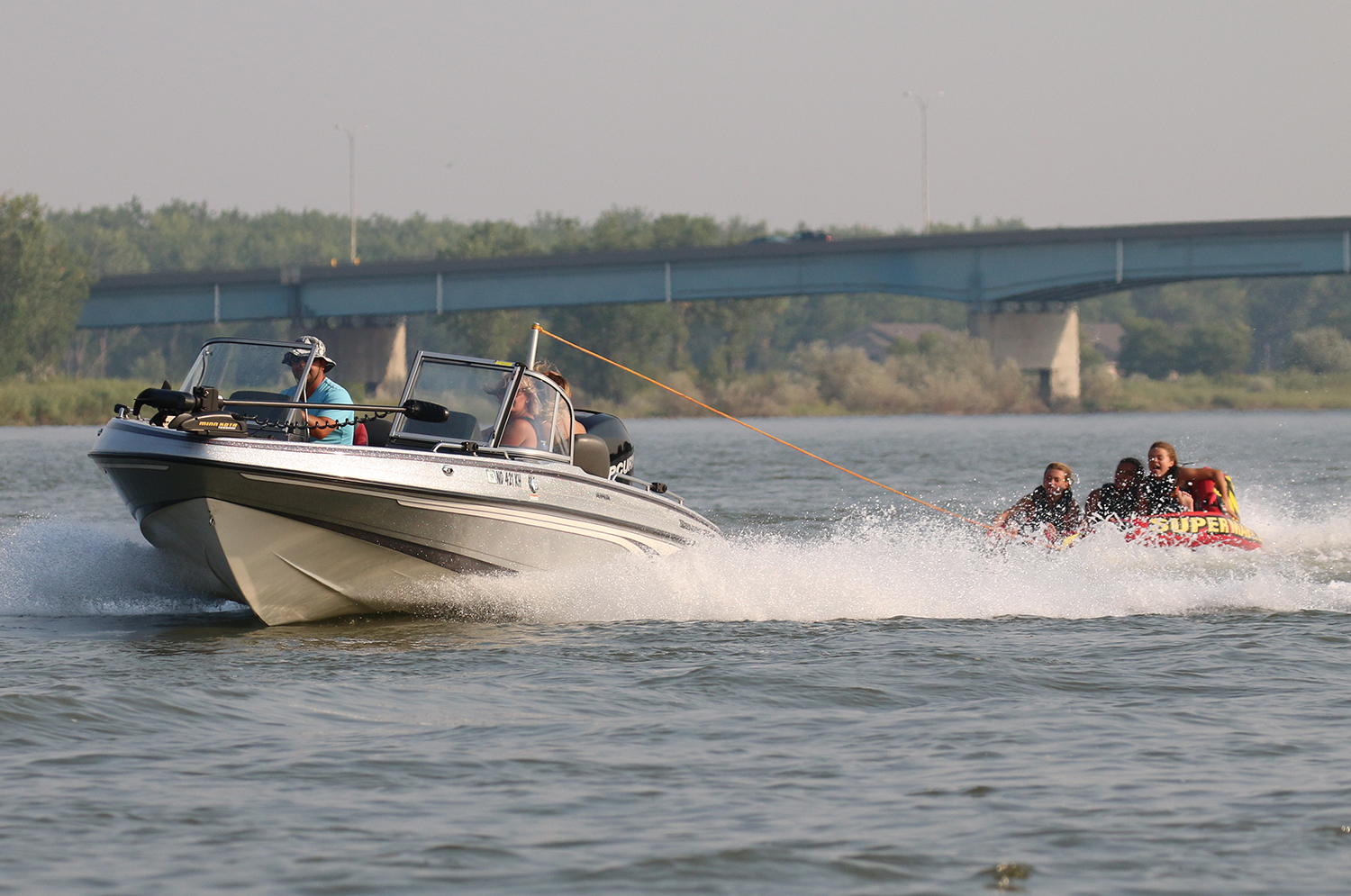 Tubing on the Missouri River near Bismarck-Mandan.

“The stigma that it’s OK to be drunk in your boat because you’re getting a ride by a sober driver home once you get on shore floors me,” she said. “There should be no difference in that mentality.”

Operation Dry Water isn’t the only time water recreationists will see law enforcement patrolling North Dakota waters. Game and Fish Department wardens, for example, team up with other local law enforcement personnel to patrol the Missouri River in the Bismarck-Mandan area during the summer months.

“We run the patrols during Operation Dry Water just like we do any other day on the water,” Lundstrom said. ‘If we see an issue, we’ll stop and make a contact with the people on board.”

Talking to boaters and educating them on the dangers of boating under the influence has earned law enforcement some positive reviews over time.

“We’ve had some positive comments about Operation Dry Water over the years,” Lundstrom said. “When they read about it, or hear public service announcements about the campaign, they’re appreciative that we care and want to reduce the drinking while boating numbers.” 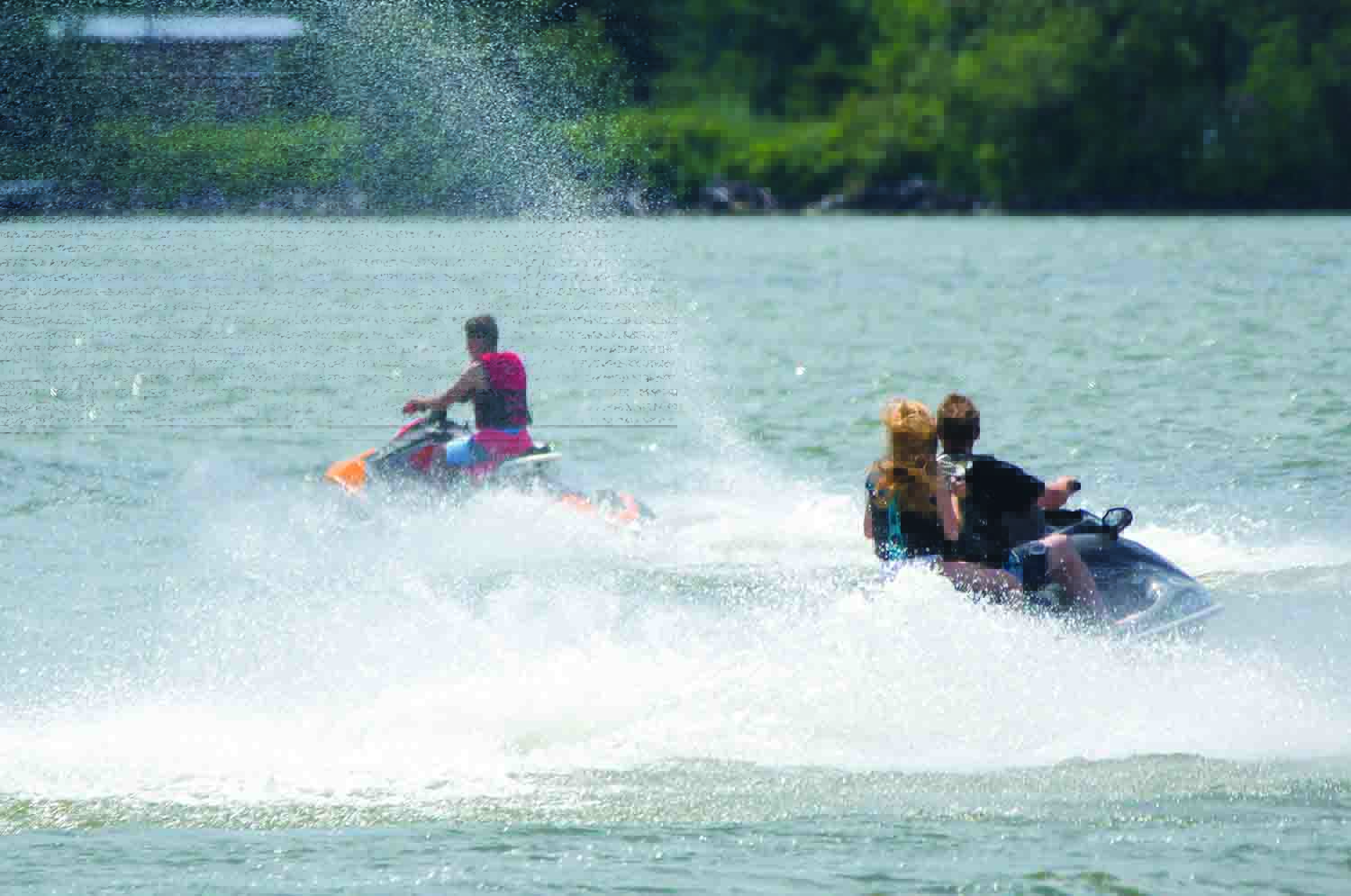 Like much of the miles-long Missouri River System, the stretch of river between Garrison Dam and Lake Oahe is busy in summer.

While having a sober boat operator is a priority, boaters need to follow other safe boating practices on the water, such as having enough life jackets for everyone on board.

North Dakota law requires all children ages 10 and younger to wear a personal flotation device while in boats of less than 27 feet in length. The law also requires all personal watercraft users to wear a life jacket, as well as anyone towed on skis, tubes, boards or other similar devices.

In North Dakota most years, one of the leading citations is an inadequate number of personal flotation devices on board. In 2019, Game and Fish Department wardens wrote 206 citations for this offense.

It is also important that children wear a PFD while swimming. Swimmers should know the water’s depth, as serious injuries can occur from diving. Large objects hidden below the water’s surface can lead to significant injury.

North Dakota boaters also are reminded that marine VHF radios are an important part of boat safety that should not be improperly used by operators. These radios are intended for boat operators who are in distress and facing an emergency.

Regulations to help ensure safe boating this summer are found in the North Dakota Boat and Water Safety Guide.

Since the inception of the Operation Dry Water campaign in 2009, law enforcement officers have removed 4,095 BUI operators from the nation’s waterways and contacted over 1.5 million boaters during the annual three-day weekend. The campaign continues to make a significant impact on boater safety and spreading the message of the danger of boating under the influence.