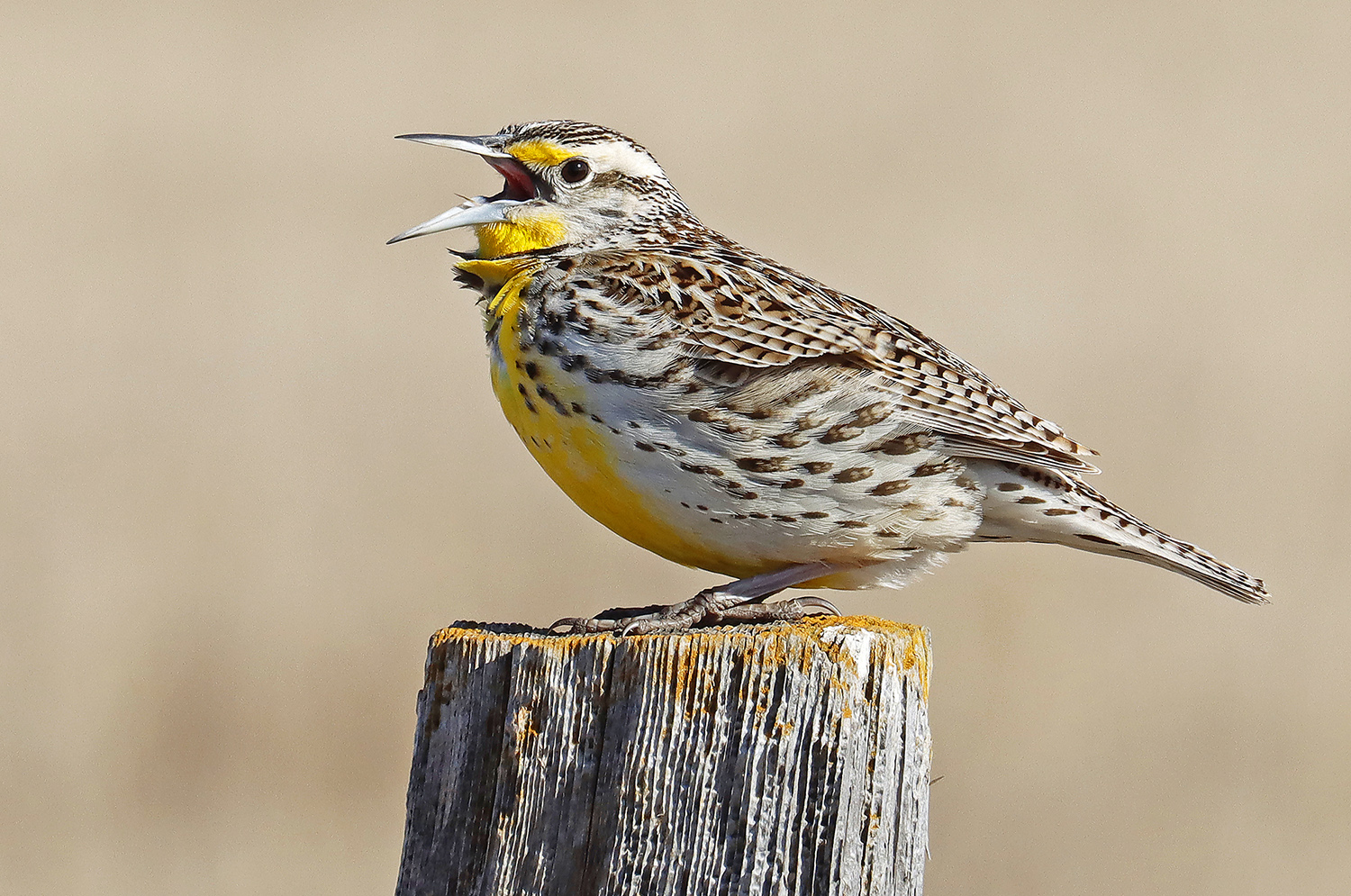 “Sometimes in the early morning, when crossing the open, grassy plateaus, I have heard the prince of them all, the Missouri skylark. The skylark sings on the wing, soaring overhead and mounting in spiral curves until it can hardly be seen, while its bright, tender strains never cease for a moment,” wrote Theodore Roosevelt in “Hunting Trips of a Ranchman.”

The Western meadowlark, right? Regrettably, North Dakota’s state bird is not the “prince of them all.” Although Roosevelt did describe the meadowlark perfectly, “One of our sweetest, loudest songsters is the meadowlark …” and “the meadowlark is a singer of a higher order, deserving to rank with the best. Its song has length, variety, power and rich melody; and there is in it sometimes a cadence of wild sadness, inexpressibly touching.”

There is no doubt the meadowlark held a special place in his heart, as it does for many of us. However, the bird, the “prince of them all,” Roosevelt referred to is the Sprague’s pipit. This prince, although in appearance is rather uninteresting, when singing on the wing as described by Roosevelt, it does broadcast one of the most noble and captivating sounds on the prairie.

Have you lived in North Dakota your entire life, or spent a lot of time ranching, hunting, or walking the prairie, and have never seen this so-called royal pipit? Well, maybe you have but couldn’t connect the bird with the sound because a male pipit will spend hours singing high overhead, and can be darn hard to see against a blue sky. 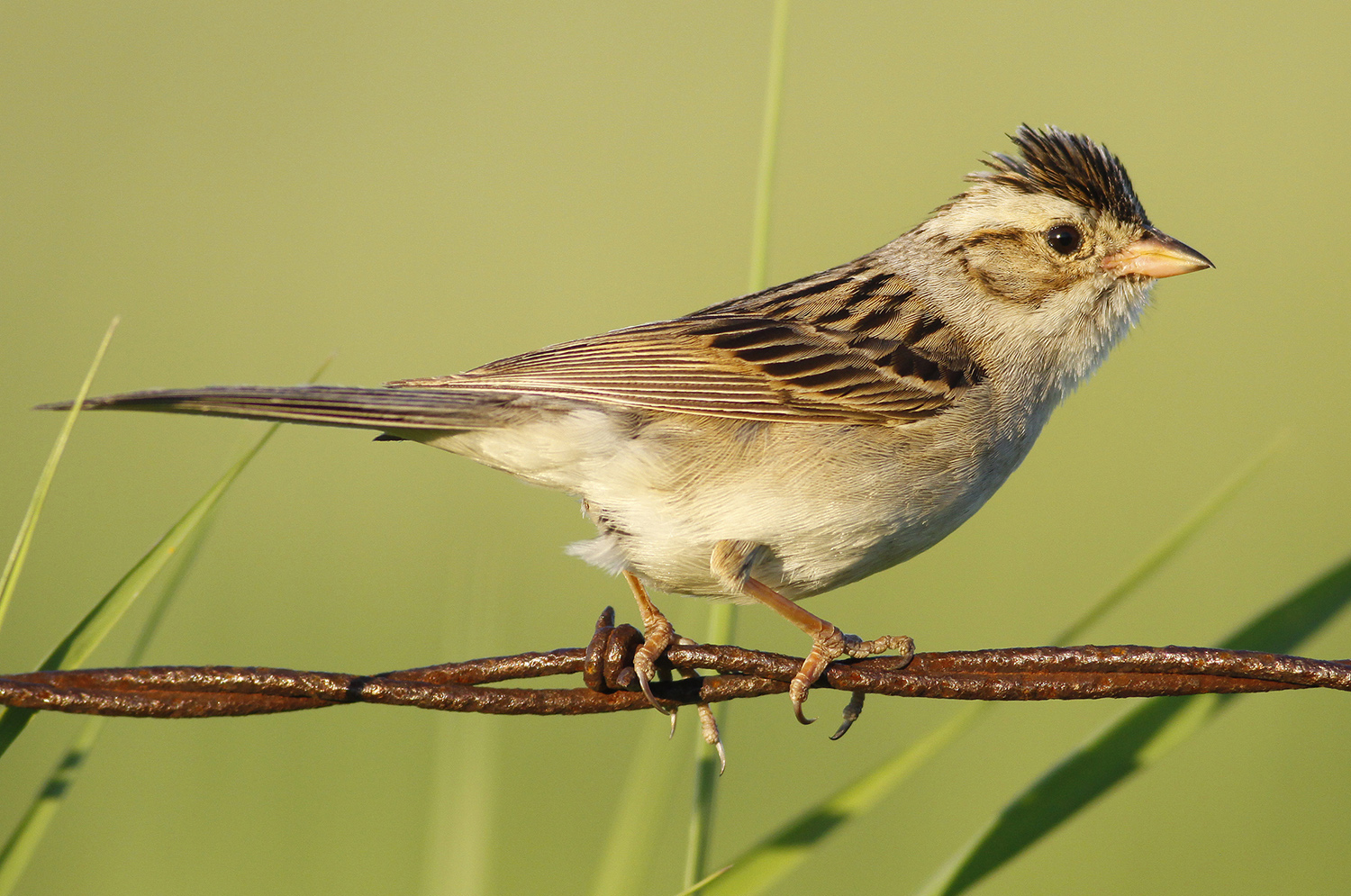 If not high in the sky, they are on the ground slinking through the grass, rarely perching on fences or posts like meadowlarks. However, most likely you do not know this bird because it has declined 75% since 1970. There are few places in North Dakota where Roosevelt’s prince still reigns.

According to the North American Breeding Bird Survey, we know that birds like the pipit and meadowlark are declining. The BBS launched in 1966 as an international avian monitoring program to track the status and trends of North American bird populations. More than 4,600 BBS routes exists across the United States and Canada, and 44 of those are in North Dakota.

A survey route is 24.5 miles long and at every half-mile, the observer stands on the road and conducts a 3-minute point count, where every bird seen and heard within a quarter-mile radius is recorded.

That means counting every pipit, every blackbird, every grunting coot in the cattails that you hear but can’t see. It involves logging not just if the species was present, but also the number of each species. A massive amount of bird data has been collected for a very long time thanks to birders and biologists running BBS routes.

In the 1980s, scientists analyzing BBS data discovered alarming rates of decline for many species, especially long-distance migrants and grassland birds. Yet, in the 1980s, there weren’t a lot of cheerleaders for nongame bird conservation. There was, however, a lot of enthusiasm for waterfowl, thus the creation of the North American Waterfowl Management Plan and the North American Wetlands Conservation Act. 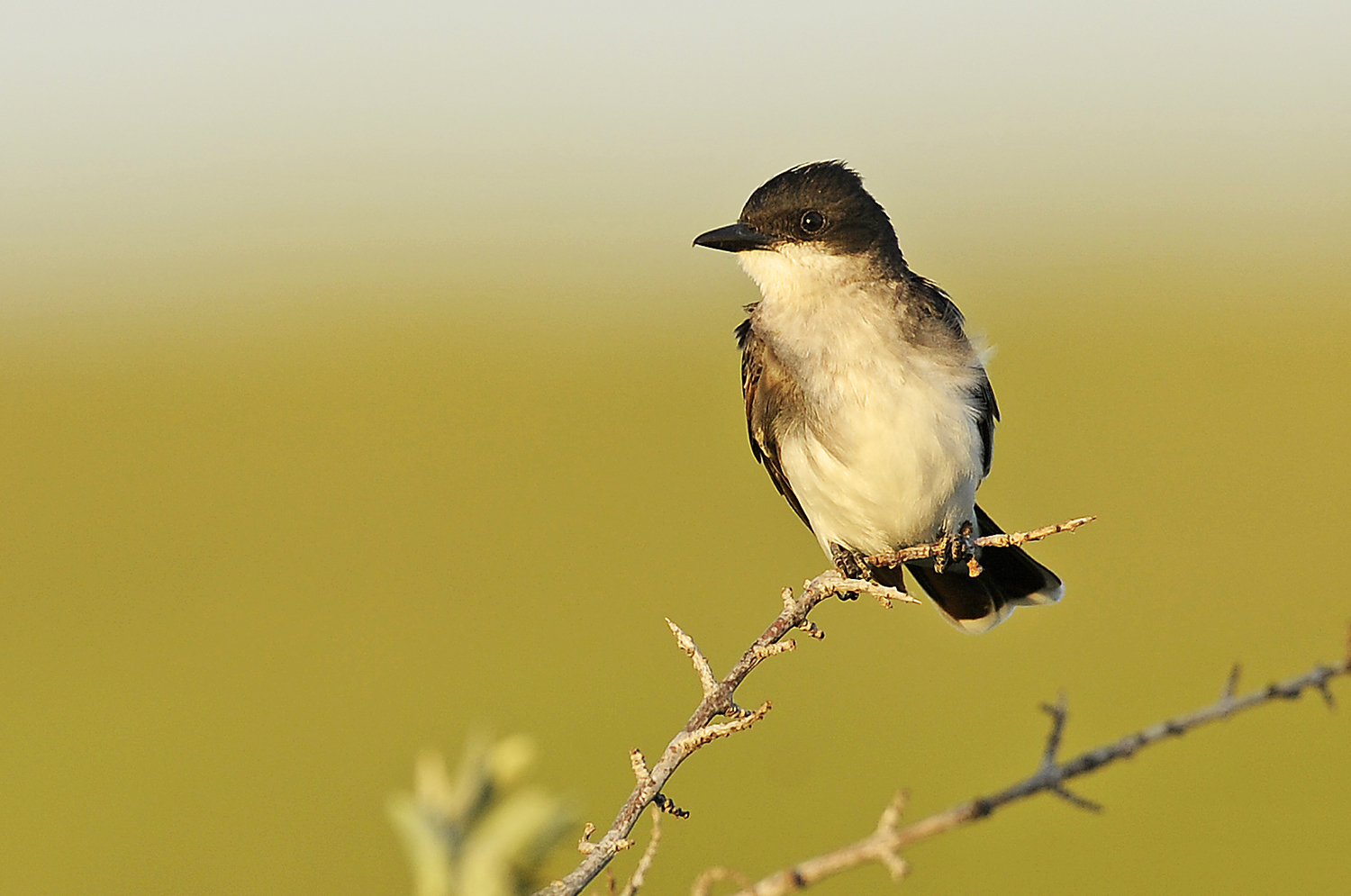 Wildlife conservation leaders from state wildlife agencies, federal agencies, international partners, and many nongovernment organizations, realized a similar effort was needed for “landbirds” and in 1990 formed Partners in Flight.

Landbirds are described as breeding birds that principally use terrestrial habitats throughout the year – raptors, grouse, woodpeckers, flycatchers, jays, chickadees, warblers, sparrows, blackbirds and many others – and generally live most of their lives on dry land.

The Partners in Flight mission is simple: “Keeping common birds common and helping species at risk through voluntary partnerships.” The PIF network includes more than 150 partner organizations distributed throughout the Western Hemisphere, dedicated to all aspects of landbird conservation from science, research, planning, and policy development, to land management, monitoring, education, and outreach.

PIF partners aim to halt and reverse bird population declines before species are listed as threatened or endangered, a cost-effective and proactive solution for common sense bird conservation. The North Dakota Game and Fish Department supports this mission and applauds PIF on its 30-year anniversary. 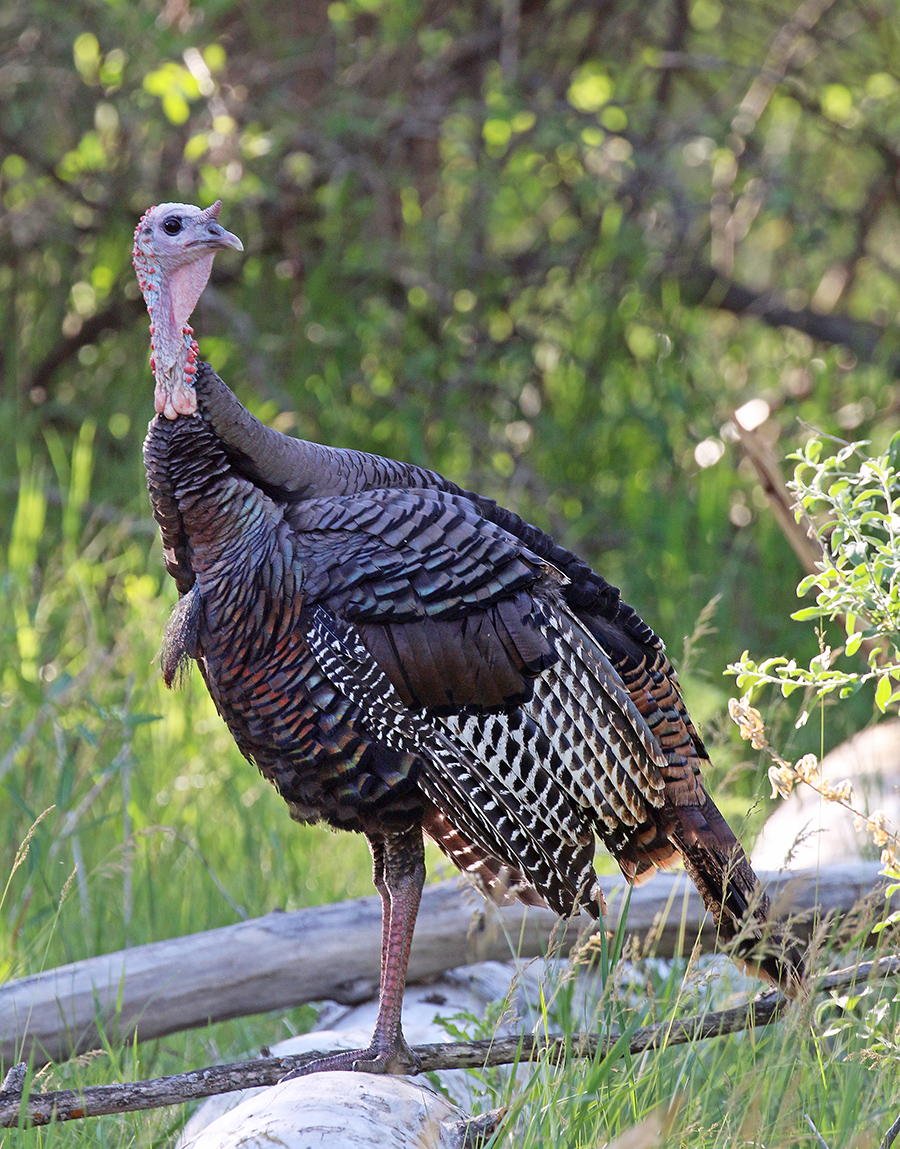 The Partners in Flight 2016 Landbird Conservation Plan documented increases in some species but noted widespread declines in populations of many of the 448 species in the United States and Canada (Table 1).

It’s concerning that even some common birds are in steep decline. Ask yourself: “When was the last time you heard a meadowlark?” Most North Dakotans should say they heard one yesterday or at least sometime this spring, but for some folks, it has been a long time since they saw or heard the state’s sweetest, loudest songster.

The challenge is that there is not a singular smoking gun that points to the meadowlark’s decline. Habitat loss is a key factor, but habitat degradation, loss of insects (food), increased collision mortality, disease or other factors could all be contributors.

In September 2019, scientists quantified the decline, and increase, of all birds (including landbirds, waterfowl, waterbirds and shorebirds) and concluded the continent has lost 3 billion birds since the 1970s, or nearly 30% of the total number of birds. That is a net loss, so even with substantial increases in some populations, such as snow geese, there are many fewer birds in the skies today.

It’s clear we’ve got more work ahead of us to stop the bird decline. However, we know that others across the hemisphere are working toward the same goal because of PIF. We have to work together to bring back the birds because Theodore Roosevelt would be awfully disappointed if the prince of them all ceased to soar above the grassy plateaus of North Dakota. 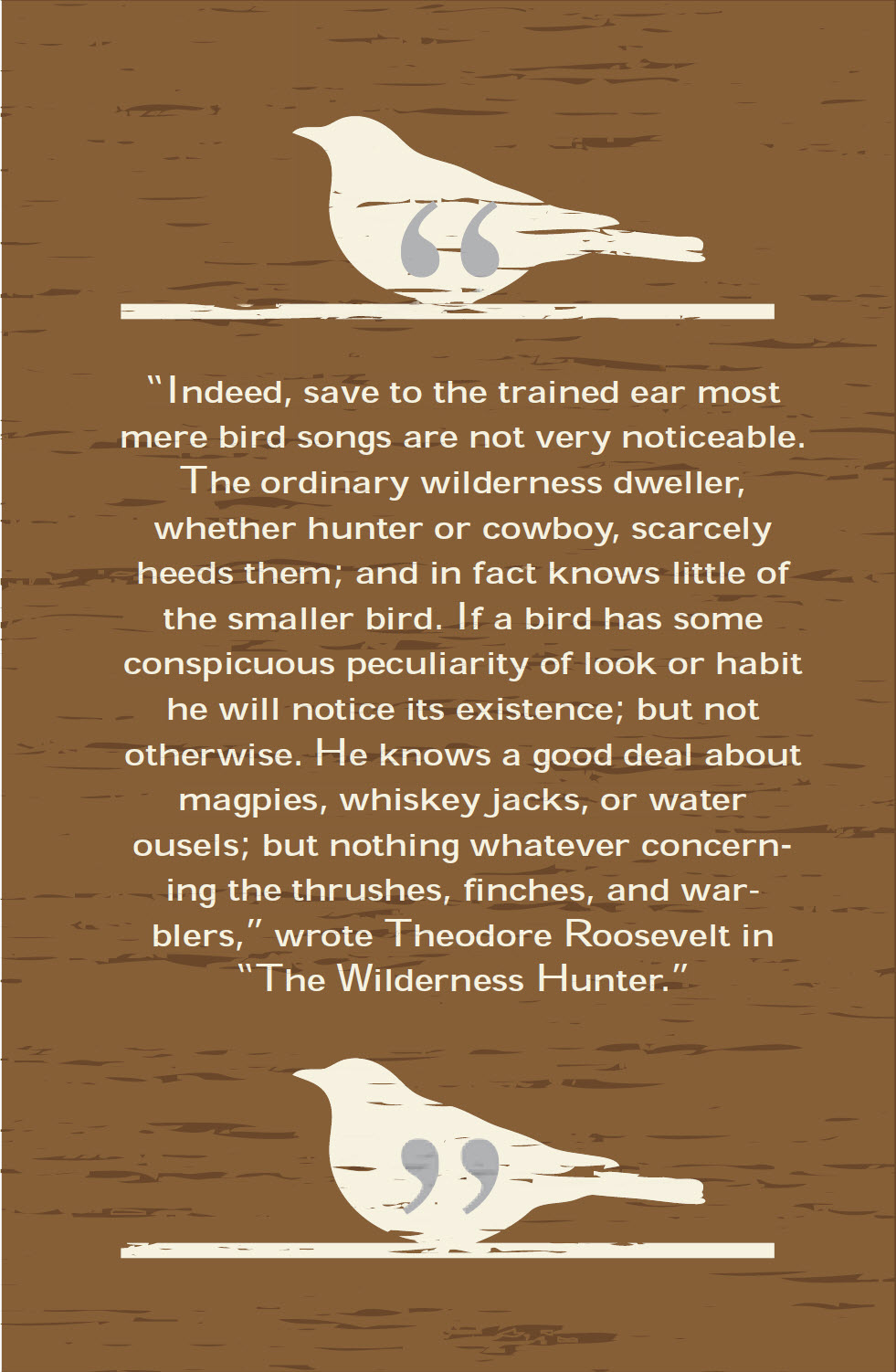