Looking Back, Looking Ahead

In the early 2000s, which feels like forever ago, the North Dakota Game and Fish Department was under some pressure to reduce the number of deer on the landscape.

Jump ahead to, say, the last five years or so, and the thinking about the state’s deer population has changed. Not surprisingly, that’s what happens when you go from more than 100,000 licenses per season for an 11-year stretch starting in 2001, to just 43,275 licenses in 2015. 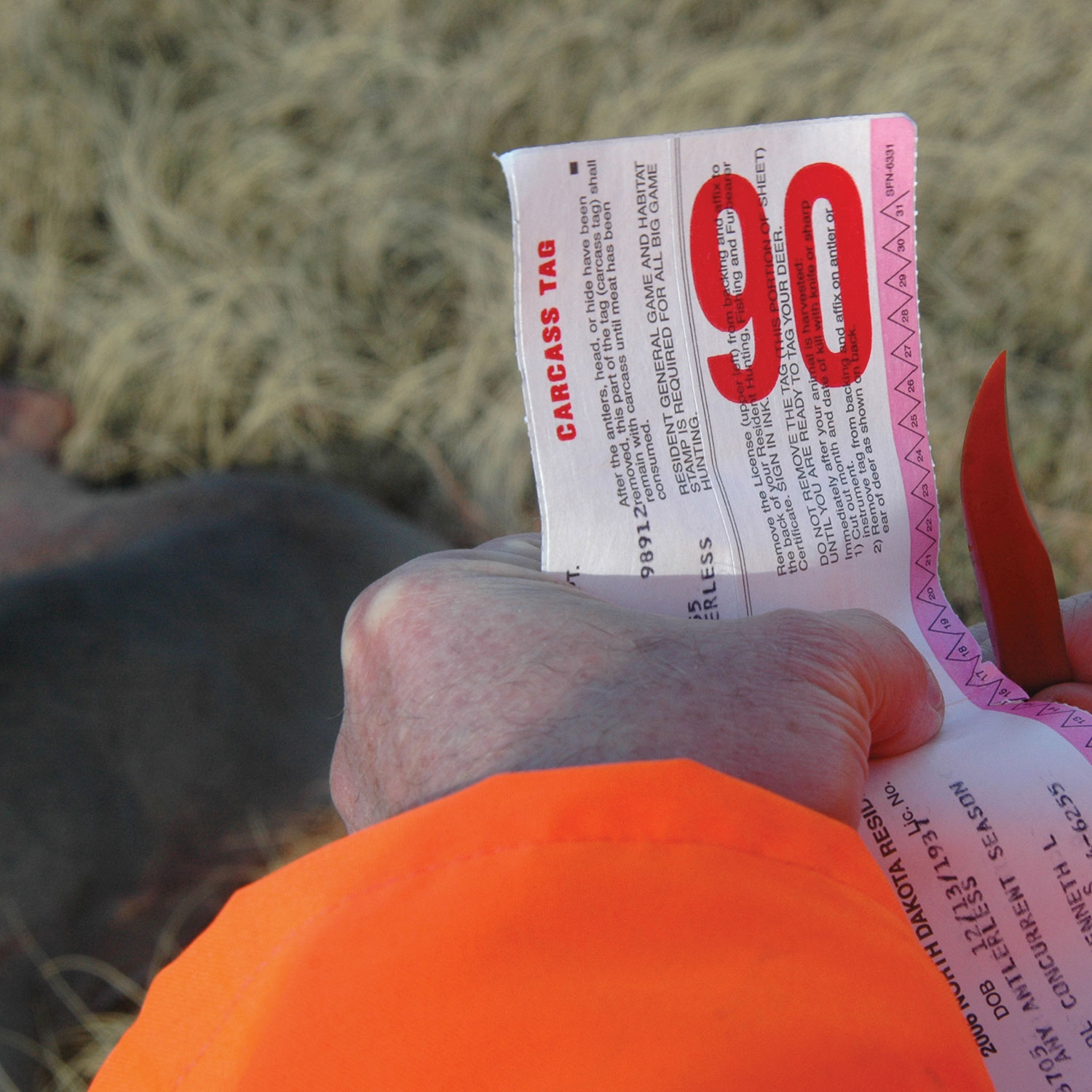 “In the early 2000s when we had a lot of deer on the landscape, we developed a five-year plan, and the concept at that point in time was to determine how the Department was going to reduce those deer numbers and to what level,” said Jeb Williams, Game and Fish Department wildlife division chief. “It took a lot of conversations with a lot of different people because we obviously have some varying interests out there as far as deer numbers.”

Today, and certainly the last five years, we’re dealing with a different scenario.

“I wouldn’t say everybody, but a good majority of people probably agree that the state could have more deer and more licenses than what we’ve had of late,” Williams said.

Yet, as deer licenses increase to the 70,000 to 80,000 range, Williams said wildlife managers understand that deer-vehicle collisions and landowner tolerance issues, among others, become bigger talking points because of increased deer numbers.

“This year the Game and Fish made available 69,050 deer licenses, so we’re starting to get to that point where discussions about deer numbers are probably going to be a little more interesting as we move forward,” Williams said.

The biggest hurdle to overcome to keep deer numbers – and many other wildlife species, like pheasants and waterfowl – trending in the right direction is the loss of habitat. All animals have certain habitat needs throughout the year, and if those needs aren’t met, wildlife populations reflect the shortcomings.

“As we all know, we can either be gifted or punished with some pretty severe winter weather here on the Northern Plains,” he added. “But if we have the habitat base in place, it affords critters the ability to get through tough winters. And it also affords those critters the extra opportunity to rebound a little bit faster with good habitat on the landscape.”

Heading into North Dakota’s deer gun season, Williams said hunting conditions in 2020 should look nothing like fall 2019, which was significantly influenced by one of the wettest Septembers on record and an early October snowstorm.

“I was born and raised in North Dakota and last fall was probably the craziest fall, hands down, that I’ve ever participated in,” Williams said. “The amount of moisture we received alone on October 9, anywhere from 16 to 30 inches of snow in some parts of eastern and central North Dakota, made things interesting and difficult for a lot of people.

“It didn’t help farmers, of course, trying to get their crops off, and the amount of crop left standing on the landscape was significant,” he added. “That provided lots of extra areas for deer and pheasants to be in and then access getting to some of those areas was extremely tough.”

This fall, Williams said hunters will experience nearly the opposite.

“It’s not very often that we talk about a good chunk of row crops being off before the pheasant season opens in North Dakota,” he said. “But this year, we actually saw that. There’s going to be a little bit of standing crop around during the deer season, but definitely not a lot.” 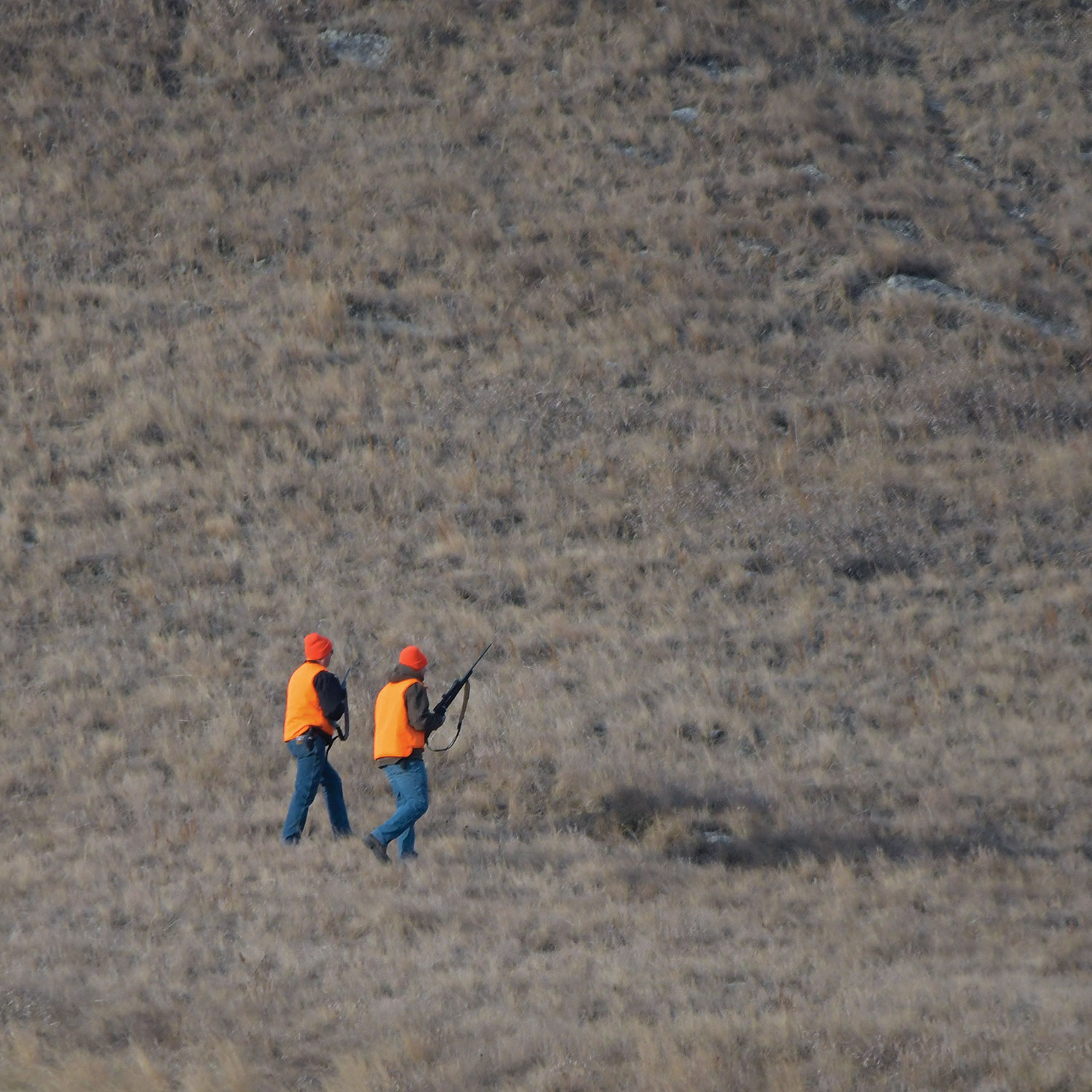 Rising or falling deer license numbers. Habitat on the landscape. A plan to manage deer in North Dakota. All of these things mean something to many people as deer hunting, a storied activity that dates back nearly nine decades when licenses were first issued to hunters, in North Dakota remains relevant.

“We see the enthusiasm for deer hunting in a couple of different ways,” Williams said. “For one, we see it in the number of people who actually apply for deer licenses, which remains pretty high.”

“We also see it in the form of frustration when people aren’t getting a deer license and have to wait a period of time to get a deer license,” Williams said. “We still hear from hunters about that and it’s understandable. But I also take that as enthusiasm for deer hunting. The day our phones don’t ring, or our emails don’t light up from people with concerns and interest in deer hunting, that tells me that maybe they’ve run out of enthusiasm.”

Williams said wildlife managers certainly understand the frustration of some hunters who have difficulty drawing a license through the Department’s deer lottery. Yet, if a hunter is willing to be flexible, sometimes there is an answer for that.

“If you’re an individual who is particular about where you deer hunt because of, say, a connection to grandpa’s farm in a particular unit, but it’s difficult to draw a license there, and you don’t feel like you have the ability to move to another unit where you have a better chance … the frustration certainly gets a little bit higher,” he said. “But if you want to be out there hunting and participating in the family event associated with deer hunting, applying for an antlerless tag is not the worst thing in the world.”

Williams said it’s understandable that most hunters want to draw a buck license, but that’s not going to happen.

“Even when we were issuing close to 150,000 licenses, not everybody had that buck tag,” Williams said. “That’s not practical. That’s not possible. So, if people want that experience and just to feel like they’re part of the hunt, looking at other options is certainly something to consider.” 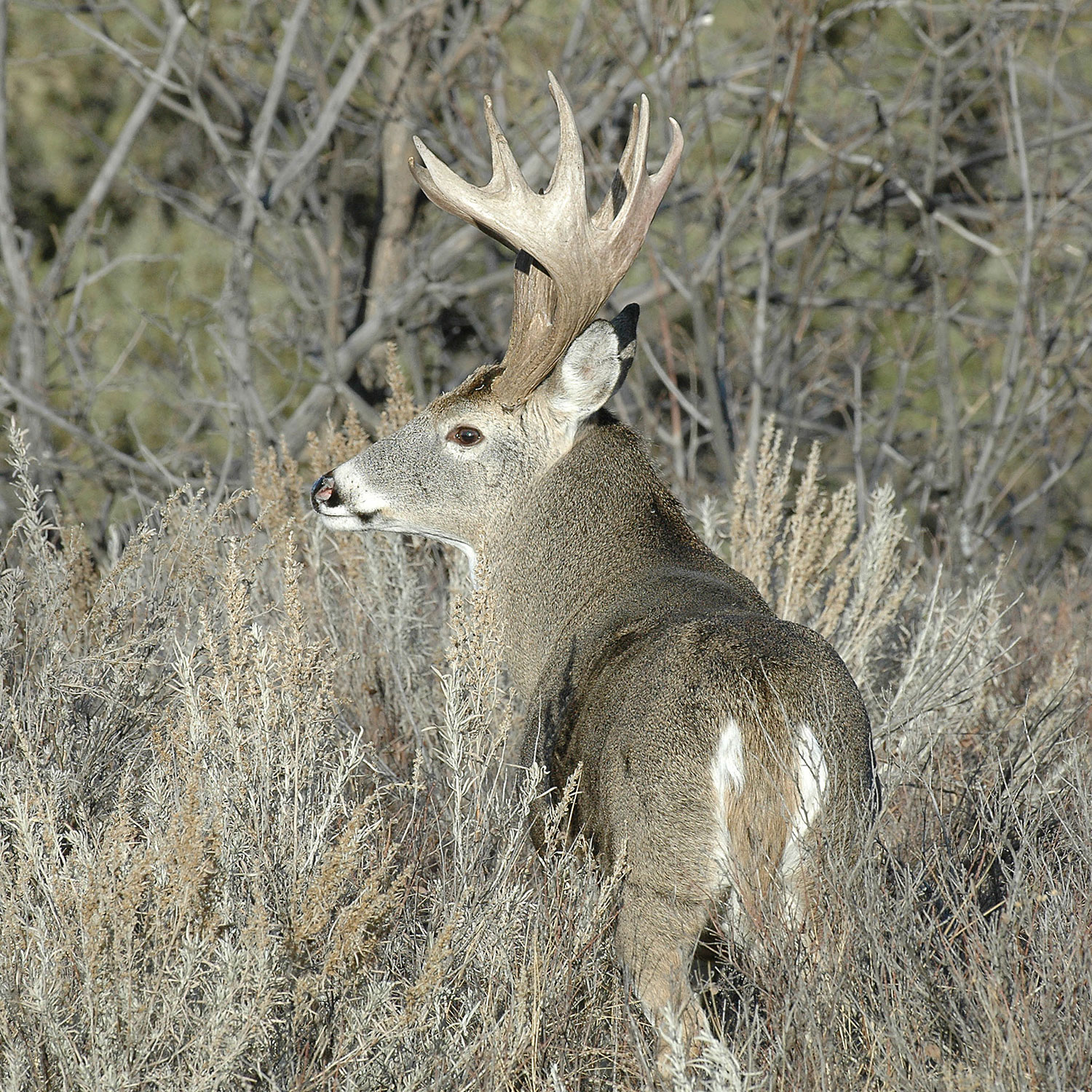 Because of continued reports of white-tailed deer mortality in western North Dakota caused by epizootic hemorrhagic disease, the state Game and Fish Department allowed hunters with whitetail licenses in 12 units the option of turning those licenses in for refunds.

Jeb Williams, Department wildlife division chief, said EHD has been around for a long time and is something that presents management challenges for the Game and Fish about every 10 years.

The last time Game and Fish made license refunds an option for hunters because of an EHD outbreak was in 2011.

EHD, a naturally occurring virus that is spread by a biting midge, is almost always fatal to infected white-tailed deer, while mule deer do not usually die from the disease.

“We wanted to offer the opportunity for people to assess their individual situation, visit with landowners and other contacts in their area to find out the degree of intensity of the outbreak before they decided to take us up on our refund option,” Williams said.

The decision to offer refunds was based on evidence of moderate to significant white-tailed deer losses in some areas that might affect hunting success in those locations.

The Department first received reports of isolated deer deaths in August, and loss of deer to this disease extended into October and covered a large area of western North Dakota.

Department wildlife managers said whitetail population was not decimated and, in many areas, a good harvest was still needed. More than 9,000 white-tailed deer license holders were eligible for license refunds.