Hunting Doesn't End With the Bang

Back in the day, let’s say sometime in the 1960s, the response rate for North Dakota Game and Fish Department hunter harvest surveys was around 90%.

Fast forward to the mid-1990s and the percentage of hunters who received paper surveys in the mail and returned them to Game and Fish dropped to about 40%.

“If you’re trying to use the data that you get from some of these hunter harvest surveys to inform management, you really want a higher response rate,” said Chad Parent, Game and Fish Department survey coordinator. “So, in the mid-1990s we started sending out follow-up surveys for the first time, with the cost being additional work hours and more dollars.”

The follow-up requests, Parent said, bumped hunter response up to a respectable 60% to 65% on some of the surveys.

“The research will tell you, and it’s kind of an arbitrary rule, that if you can hit a 60% response rate, you can be pretty comfortable with your surveys,” he said. “For the Game and Fish, we do want to hit that because we place a lot of importance on our harvest estimates.”

Yet, this question remains: Why the noticeable decline in hunter response to Department surveys over the years? 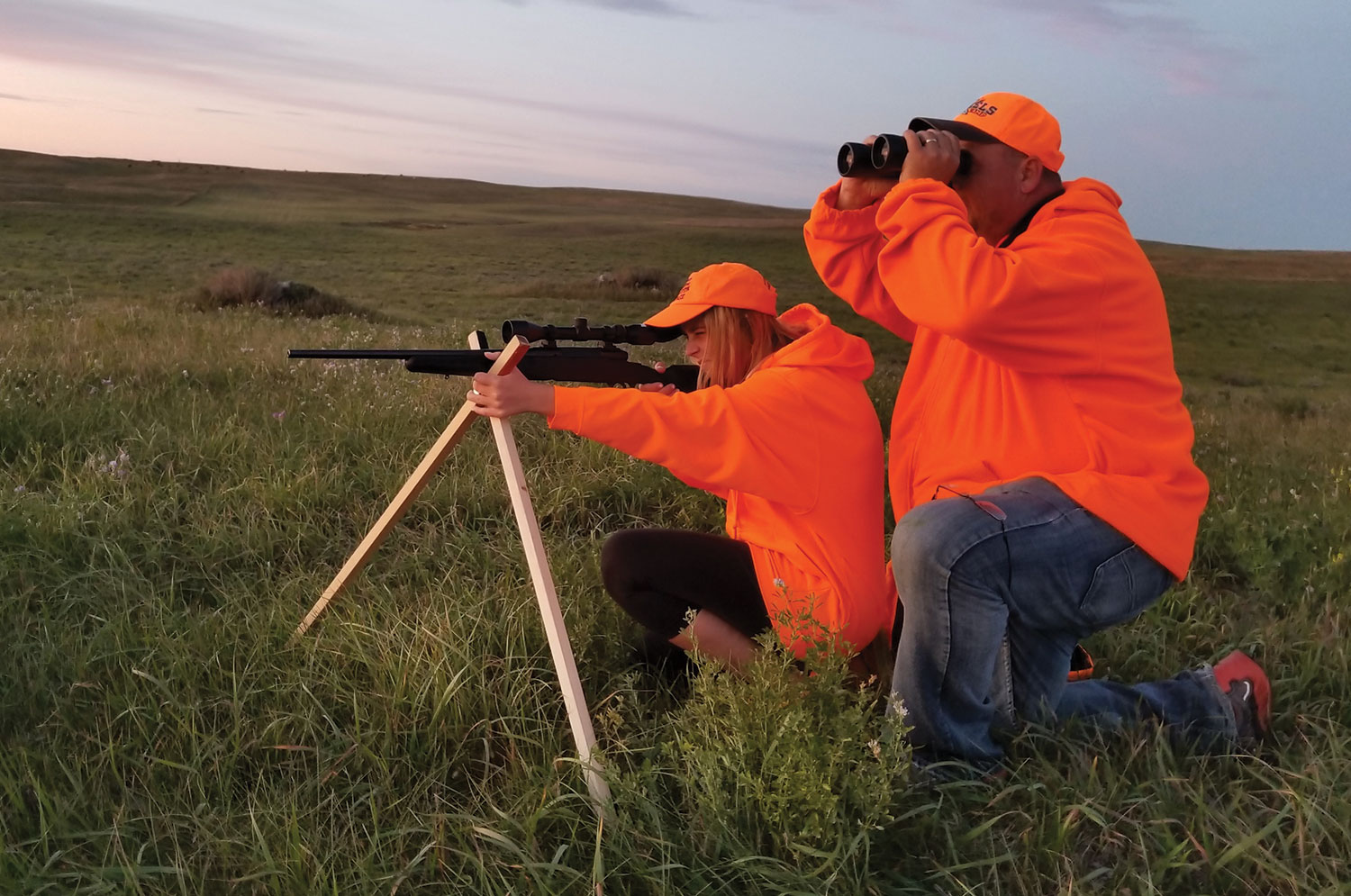 All hunters, young and old, receive hunter harvest surveys from the Game and Fish Department. No matter their age, hunters are encouraged to participate in the effort that is valuable in helping manage North Dakota’s wild game.

“There are a lot of ecological values to these surveys that really benefit the Game and Fish Department, but the bottom line, I think, is that a lot of people don’t value these as scientific pieces of information, and that’s OK,” Parent said. “Instead, I want to appeal to a hunter’s sense of ethics.

“We have a lot of rules when it comes to hunting and being a sportsman … some of them are statutory and a lot of them are unwritten,” he added. “But it’s the unwritten ones that I want people to think about for now because they’re not enforceable by anybody but yourself and your own set of personal values.”

Like closing gates and making sure you didn’t leave any trash in the grass on private land you were given permission to hunt. Or sneaking to hunt a buddy’s secret duck slough that he showed you when he’s not around.

“If you’re a good hunter, good sportsman and you follow these kinds of unwritten rules, I don’t think your commitment to be this kind of person ends when you’re out of the field,” Parent said. “It continues afterwards when you get home and receive a survey from us.”

While the Game and Fish Department conducts many hunter harvest surveys on many different species of wild game, its evaluation of deer has been around the longest, for about a half-century, that may hit home best with hunters who question the merit behind this kind of review.

“The Game and Fish manages deer at the level of a hunting unit and within a hunting unit there are a bunch of different factors that can potentially make that deer population go up or down,” Parent said. “Primarily, we think about this in terms of the availability and the amount of habitat, and maybe the weather during key parts of reproduction, and more recently, disease on the landscape such as CWD.

“We’ve also got to balance those things with the people who are living in those hunting units. We may have people who want a large deer population and we may have people who are less tolerant for larger deer populations,” he added. “So, we’re balancing these kinds of natural survival, mortality factors and social carrying capacity. And the lever that we use to do that is hunter harvest. And if we’re going to pull that lever to make populations go up or down, we need to have some good information and that’s where the surveys come in.”

At the time of this interview in early September, with the youth waterfowl and youth deer seasons nearly in swing, the hunter harvest survey season was just kicking off, with pronghorn, deer, upland birds and more to follow.

“We survey everything and we’re kind of unique in North Dakota because we have the ability to do that,” Parent said. “We’re a small agency that can be flexible and capture all of our hunter harvest for all of our seasons. There’s always a lot going on.”

Currently, the Game and Fish is sending hunters an online or paper hunter harvest survey through the mail. Parent calls this a mixed mode survey design that’s relatively new to the agency. 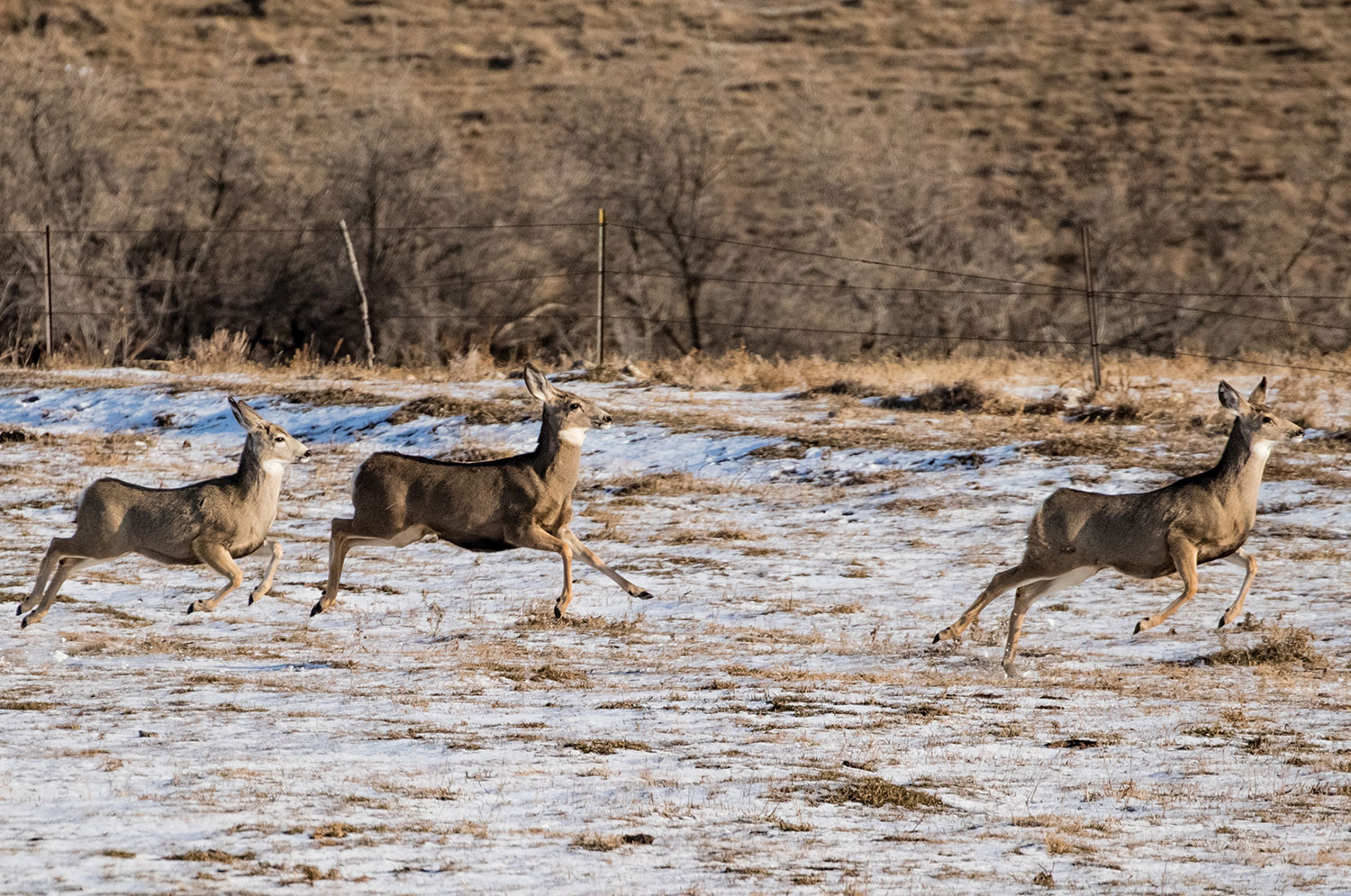 The North Dakota Game and Fish Department conducts many hunter harvest surveys. It’s evaluation of deer, however, has been around the longest, for about 50 years.

Knowing that, he said it’s important to not just jump into new survey methodology because the traditional methodology has been working well.

“You know, we’ve been sending out the same deer survey for about 50 years and it’s provided one of, perhaps one of the best, datasets in the country on deer harvest,” Parent said. “While we’re not in a rush to start something new, at the same time, there’s a lot of new demands out there. Our biologists, if they have the ability to get online survey information right away, then access to that information is really important and valuable for managing the deer population. We can’t really do that with paper surveys because the turnaround time on them is measured in months and not days.”

Whereas, with some electronic surveys sent to hunters via email, Game and Fish can get 5,000 responses in a couple of days and have a really good picture of what the season’s deer harvest looks like.

Plus, Parent added, it’s extremely cost effective to send hunter harvest surveys over the internet when compared to sending them through the mail.

“What this mixed mode fashion is going to look like for hunters this year is that if you’re drawn for a survey for one of the deer gun, muzzleloader or archery seasons, you’re going to get an electronic survey sent to your email first and if we don’t hear back from you after a couple weeks, we’ll follow up with paper,” he said. “Paper is still a really important way of getting these surveys out because we recognize that a lot of people may not be internet savvy or may not have access to the Internet. Yet, we still want to capture those individuals and their hunting activity the best we can.”

There are a couple of key pieces of information the Department cares about when surveying hunters. First and foremost, Parent said, is that they want to know if you did indeed hunt. And, if you didn’t, they still want the survey returned.

Following that, if you did hunt, where did you go? How hard did you hunt in those places? And were you successful?

While response to Game and Fish Department hunter harvest surveys remain at about 60% to 65%, Parent knows there is room for improvement.

“There was a time when that wasn’t always the case because many hunters returned surveys no matter what,” he said.