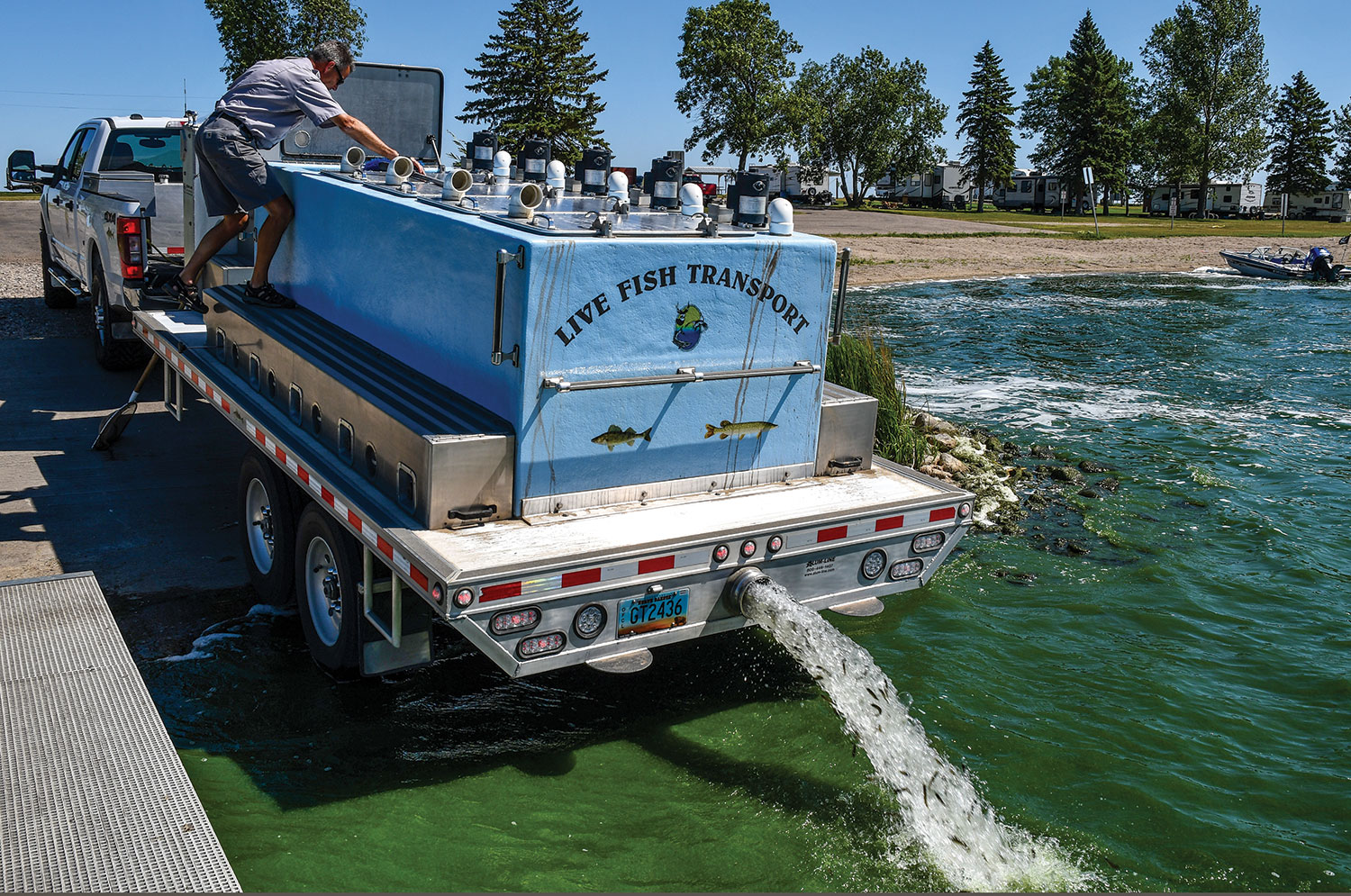 The release of advanced walleye fingerlings into South Golden Lake in Steele County in August.

North Dakota Game and Fish Department fisheries biologists have for years stocked millions of walleye fingerlings – envision tiny fish about the length of a paperclip or slightly longer – in waters around the state in June.

Yet, for the last handful of years, while still continuing to stock fingerlings in June, fisheries biologists have broken from tradition just a bit to produce and stock bigger fingerlings – envision fish about the length of three paperclips and longer – in late summer that are hopefully less interesting to predators.

“We’ve been experimenting by growing some of our traditional 1 ¼ - to 1 ½-inch fish for an extra six weeks up to, say, 3 to 4 inches to see if we can have a little better success in lakes with high bullhead or perch populations,” said Jerry Weigel, Department fisheries production and development supervisor. “Our hope is that these larger, advanced fingerlings get passed on by predators and we can create a little better walleye fishery in some of these lakes.

“The big thing about the advanced fingerlings is that most are of a size where they’re too big for the bullheads to eat,” he added. “They get to a size that the bullheads don’t even attempt to eat them.”

Even so, survival for the advanced fingerlings isn’t certain because even bigger fish, like adult walleye and northern pike, remain a threat. 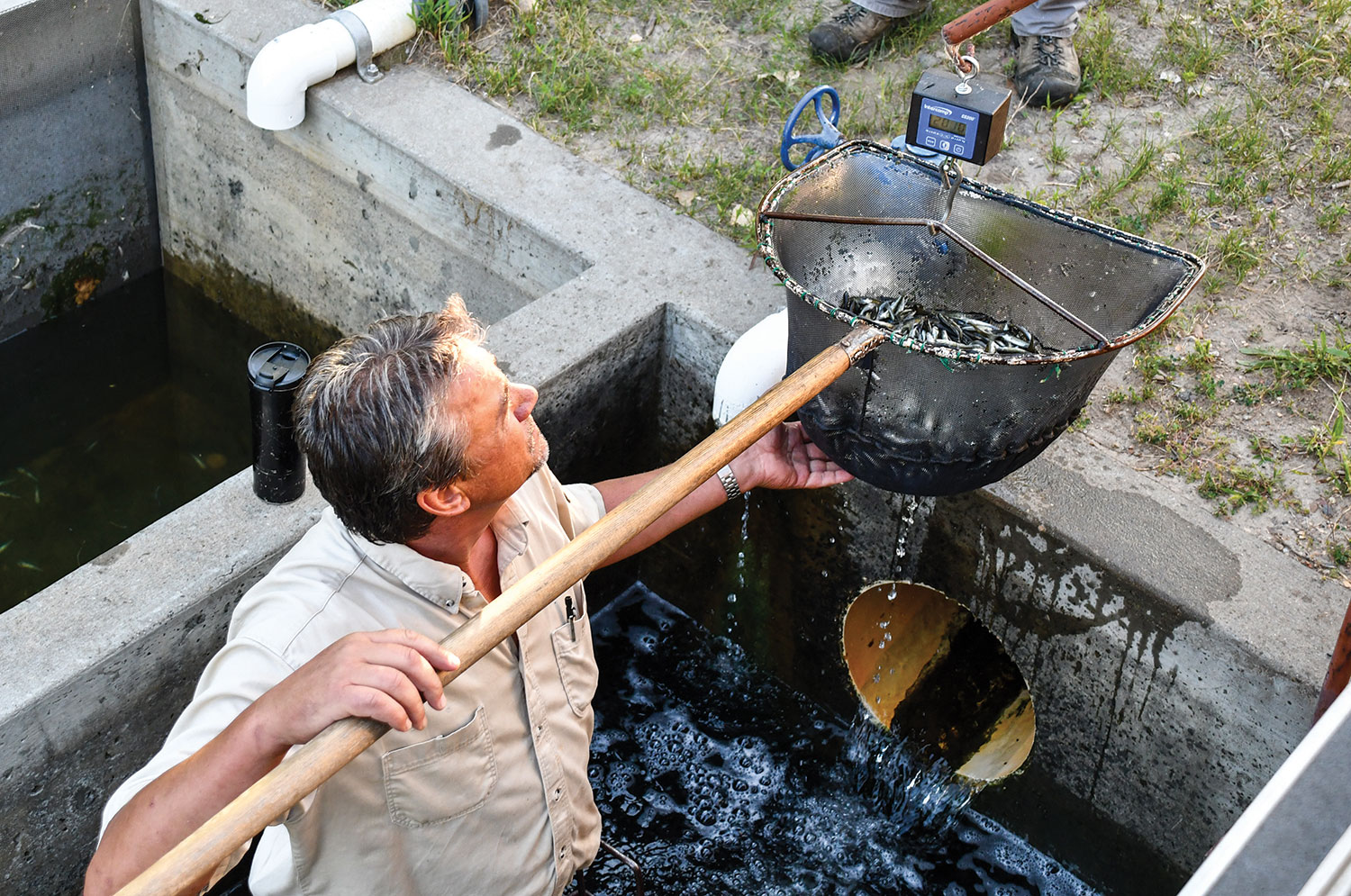 While it’s too early to gauge survival of the advanced walleye fingerlings in many of the selected waters around the state, there is some evidence that size does matter.

“Up in the Turtle Mountains, there are a handful of lakes, Lake Metigoshe included, that we’ve been stocking for a while now that have shown some early signs that it’s looking like these advanced walleye fingerlings are positively contributing,” Weigel said.

The advanced fingerlings stocked this year – roughly about 170,000 fish – in about mid-August in a number of waters from Braun Lake in Logan County to Upsilon Lake in the Turtle Mountains, were raised at Garrison Dam National Fish Hatchery near Riverdale.

“We re-pond them in the end of June and we don’t feed them minnows or anything … they literally just eat natural food in the ponds, and we get amazing survival and outstanding production,” Weigel said. “We do this on a limited basis because it creates a lot of pounds of fish and dramatically fewer fish than our traditional smaller walleye fingerlings.”

Yet, the impact on the hatchery is minimal, Weigel said, while the goal of improving the recruitment of walleye young at problem lakes is certainly attainable.

When the advanced walleye fingerlings were stocked in Braun Lake in August, where the main predator is perch, the water temperature was about 72 degrees, or about the same temperature as the 7- to 8-foot deep pond at the hatchery near Lake Sakakawea where the fish started their day.

“We try to stock plenty of fish to compensate for any mortality, but as we saw here,” Weigel said in reference to the fish just released into the Logan County fishery, “the fish didn’t have any problems with the temperature of the lake. Once they got their bearings, they took off, which is a really good sign.” 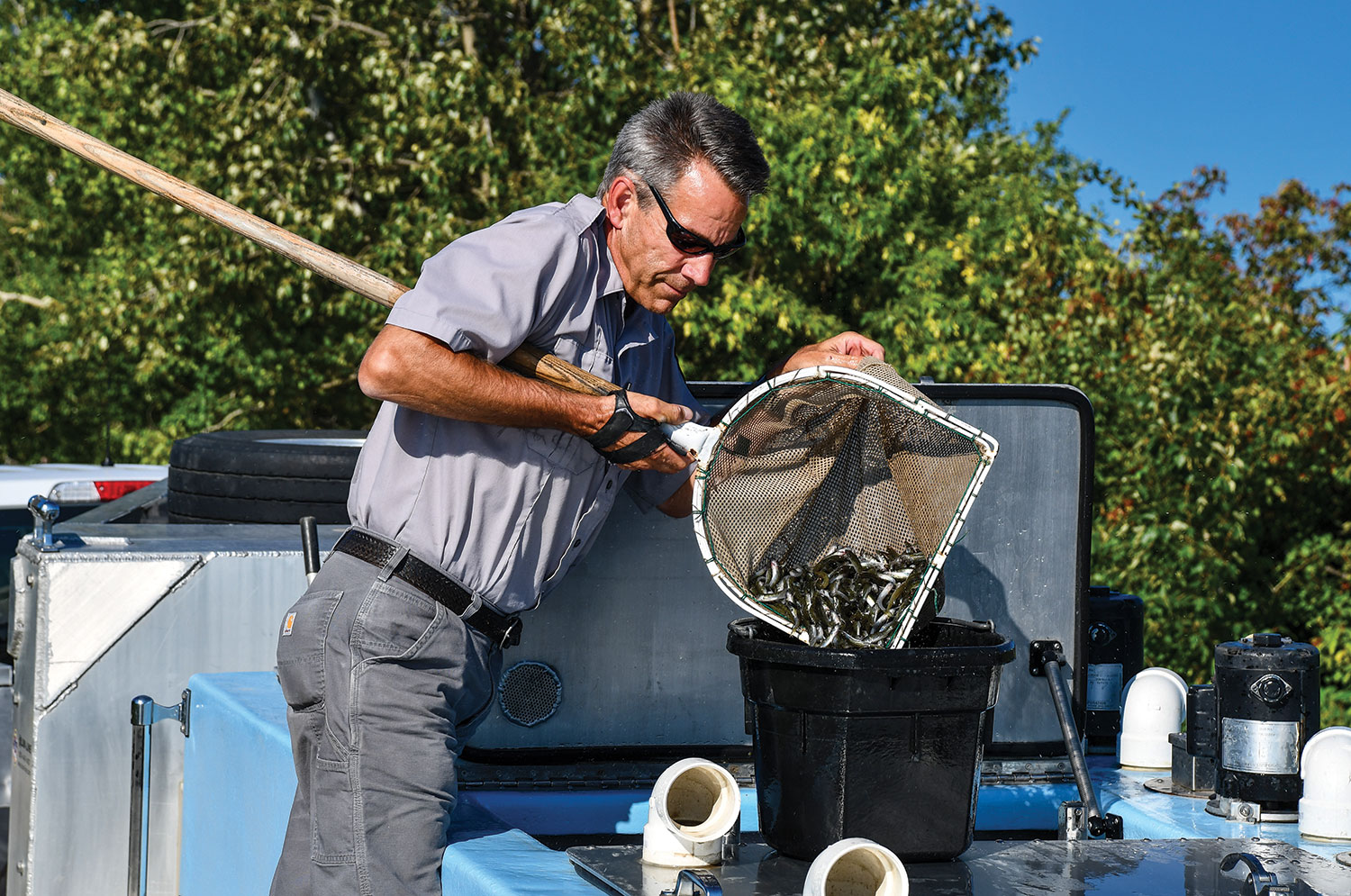 It will take time for the advanced walleye fingerlings to grow big enough to be of any interest to anglers. Weigel said fish stocked in the southern part of the state will typically grow to 1 pound in three years or less, while those stocked in waters near the Canadian line take a little longer.

After traveling thousands of miles stocking fish around the state starting in June, Weigel said anglers, likely many new anglers, were out in force taking advantage of the fishing opportunities in North Dakota.

“I think people, just for their own sense of happiness during these uncertain times, are outdoors and taking advantage of what the state has to offer,” he said. “And there’s never been a better time to fish in North Dakota than right now.”

Like our lives in North Dakota, life on the prairie is forever changing.

“There was a time in the state where you could get multiple deer tags and everyone could go deer hunting … and there was a time when pheasant hunting was as good as pheasant hunting could get,” Weigel said. “But right now, fishing is it. The prairie is producing right now and if you ever thought of getting into fishing, there’s no better time than what the next few years should offer.”