Northern pike are ambush predators that feed about any time of the day, providing quality fishing opportunities for anglers in many waters across North Dakota. “Pike fishing opportunities in North Dakota are less than what they were 10 years ago, but way more than what they were 30 years ago,” said Greg Power, North Dakota Game and Fish Department fisheries chief. “We are still on solid ground today when it comes to fishing for pike. The beauty of these fish is that they are found in waters pretty much statewide.”

Yet, while pike are fun to catch and provide quality table fare, especially when caught in the cold waters of winter and spring, they can be intimidating to clean for some due to the Y bones unique to this fish.

About 10 years ago, the Game and Fish Department produced a how-to video on removing Y bones from northern pike. Quickly, it became must-watch TV, so to speak, for anglers wanting to properly prepare pike for the table. 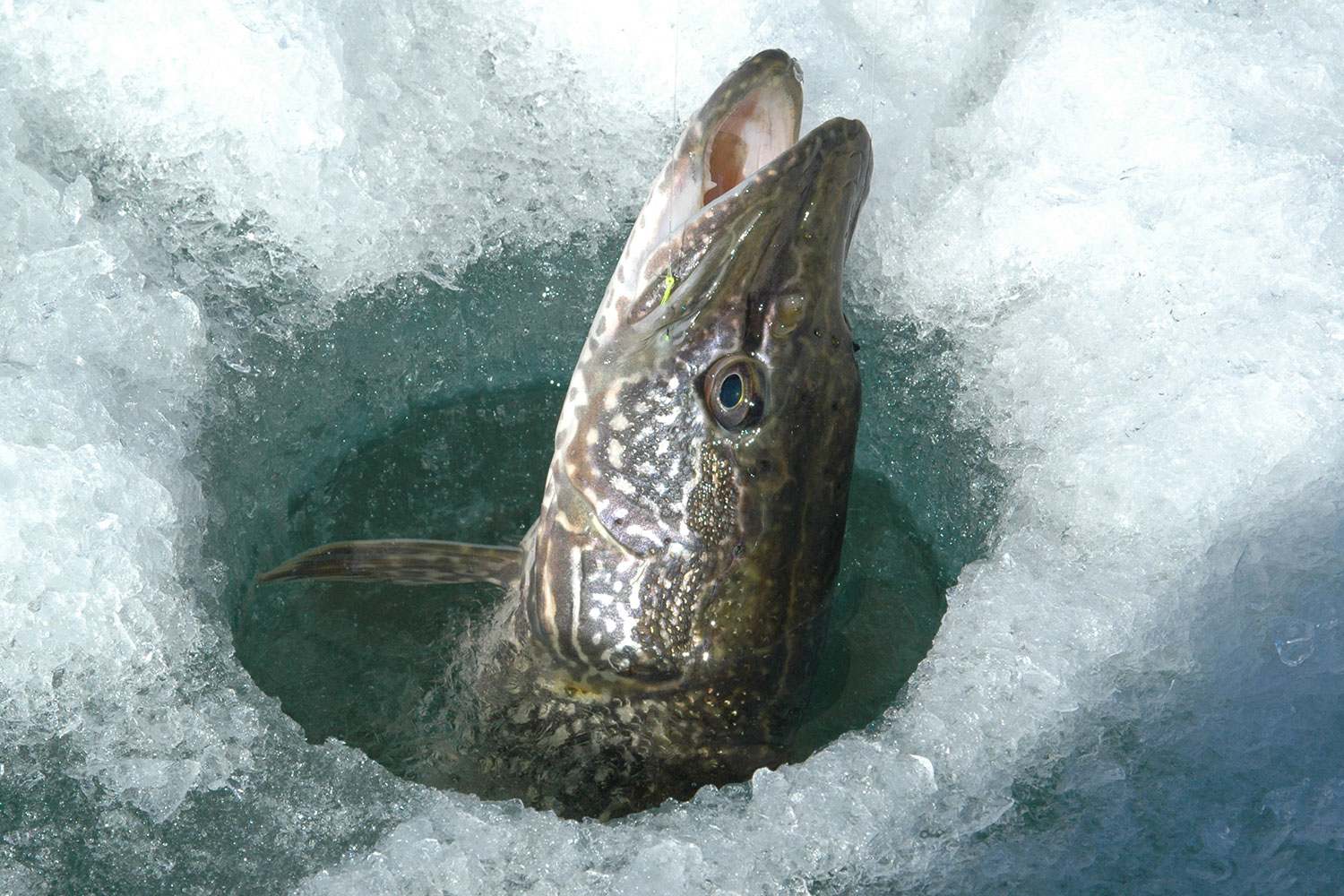 “That was the most watched video we ever put on our YouTube channel,” said Mike Anderson, Department video project supervisor. “It got about 175,000 views.”

While the old Y bone video was “really good and relevant,” Power said, it was time for an update because Game and Fish wanted to show a technique where anglers could clean a pike and leave as one fillet as needed for transportation under new regulations.

The regulation reads: Fish may be filleted for transport, unless size limits apply, under the following conditions. Each individual portion of the meat removed from a fish is considered a fillet (fish cheeks and pectoral girdles (wings) are not considered as fillets and are legal to transport); two fillets are counted as one fish; and the packaging of fish must be done in a manner so that the fillets can be readily separated and counted. If fillets are frozen, they must be packaged so that the fillets are separated and thus can be easily counted without thawing.

“You can clean your fish anyway you want to at home, and away from home, for that matter, just as long as you don’t exceed the number of fillets for transport,” Power said. “If you are out fishing and cleaning your limit of five pike away from home, this video shows you how to come home with 10 fillets without the Y bones.”

Jeff Merchant, Department fisheries technician, Dickinson, narrates and demonstrates the process for removing the Y bones in the updated video.

The new video was released on Jan. 7 and had attracted more than 50,000 views on the Department’s social media sites in a little more than two weeks.