Sometimes events of today don’t seem to be a big deal. But as time goes on, it becomes more and more apparent the event that occurred days, months or years ago really was incredibly momentous … a milestone, so to speak.

A retrospective look back in time is often needed to truly appreciate the significance of past events and their influence, good or bad, moving forward.

Such is the case when it comes to fishing. If you’re simply a novice angler or just view the fishing industry from a distance, you likely don’t recognize the events of the past when it comes to fishing. However, if you’re an angling enthusiast, especially a well-seasoned angler, then you likely have witnessed firsthand the changes and incredible evolution of fishing on so many levels.

Events from yesterday have had a strong influence on your fishing outcome today. No matter if you’re walleye fishing in a boat on Lake Sakakawea, casting from shore at one of the many North Dakota community ponds, or chasing perch on a prairie lake, the past dictates today’s success.

When it comes to managing North Dakota’s fishing resources, many changes of the past have been truly transformational. Some change has been negative but far more have yielded positive results. Some are driven by outside factors but many, especially many of the positive changes, are the result of fisheries professionals applying new and innovative thinking to their day-to-day jobs.

I started working for the North Dakota Game and Fish Department in May 1979. As a first-year seasonal I was extremely oblivious to my surroundings. I managed to do nothing more than get in the way of those working in boats and on shore during the spring spawning run on Lake Sakakawea. Thankfully, my supervisors pardoned my initial blunders and in time my understanding of North Dakota’s fishery resources and overall aptitude improved considerably from those early years. And because of my age, I’ve been blessed to have been employed during a time when I observed firsthand the dramatic changes to fishing (catching!), including how mediocre it once was to how good it has become throughout North Dakota.

In retrospect, it’s incredible that just a handful of activities, changes or events that occurred during a 10-year period between the mid-1980s and the mid-1990s, forever improved fishing in North Dakota. As time has marched on and 30 to nearly 40 years later, these following milestones of yesteryear remain foundational in providing a powerful and positive impact on the state’s fisheries. 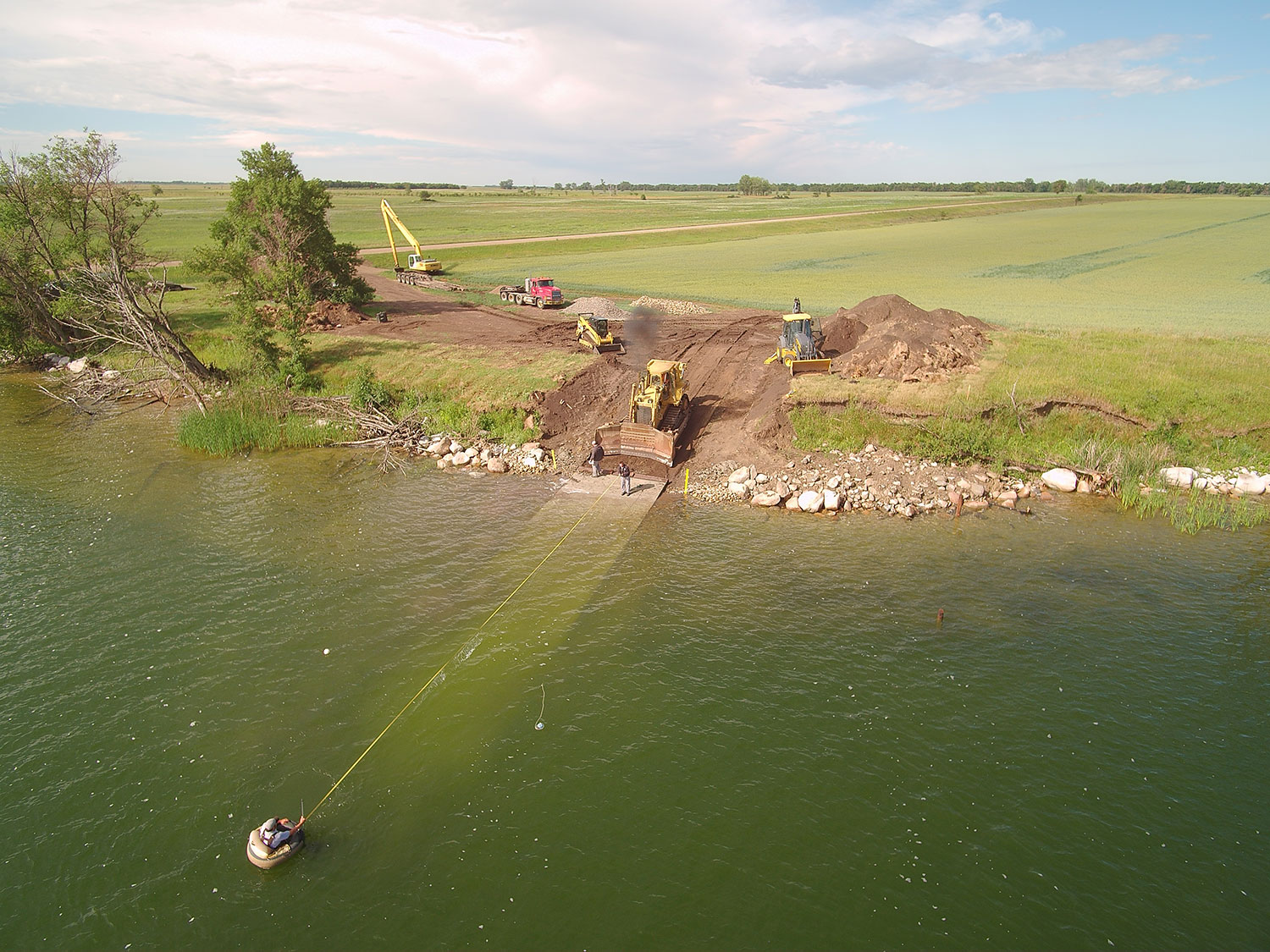 Prior to that, the agency lacked funding and most ramps were simple concrete plank or metal ramps, or primitive gravel launch sites.

Although some federal funds were available through the original Sportfish Restoration Act (commonly referred to as the Dingell-Johnson Act), an amendment (Wallop-Breaux) in 1984 broadened and expanded taxable items and significantly increased the amount of federal funds made available to states. This increase in funding was the main reason for that first poured boat ramp project and the many that followed.

In the years since, nearly 400 boat ramps have been constructed and now provide access to lakes and recreation areas scattered across North Dakota. 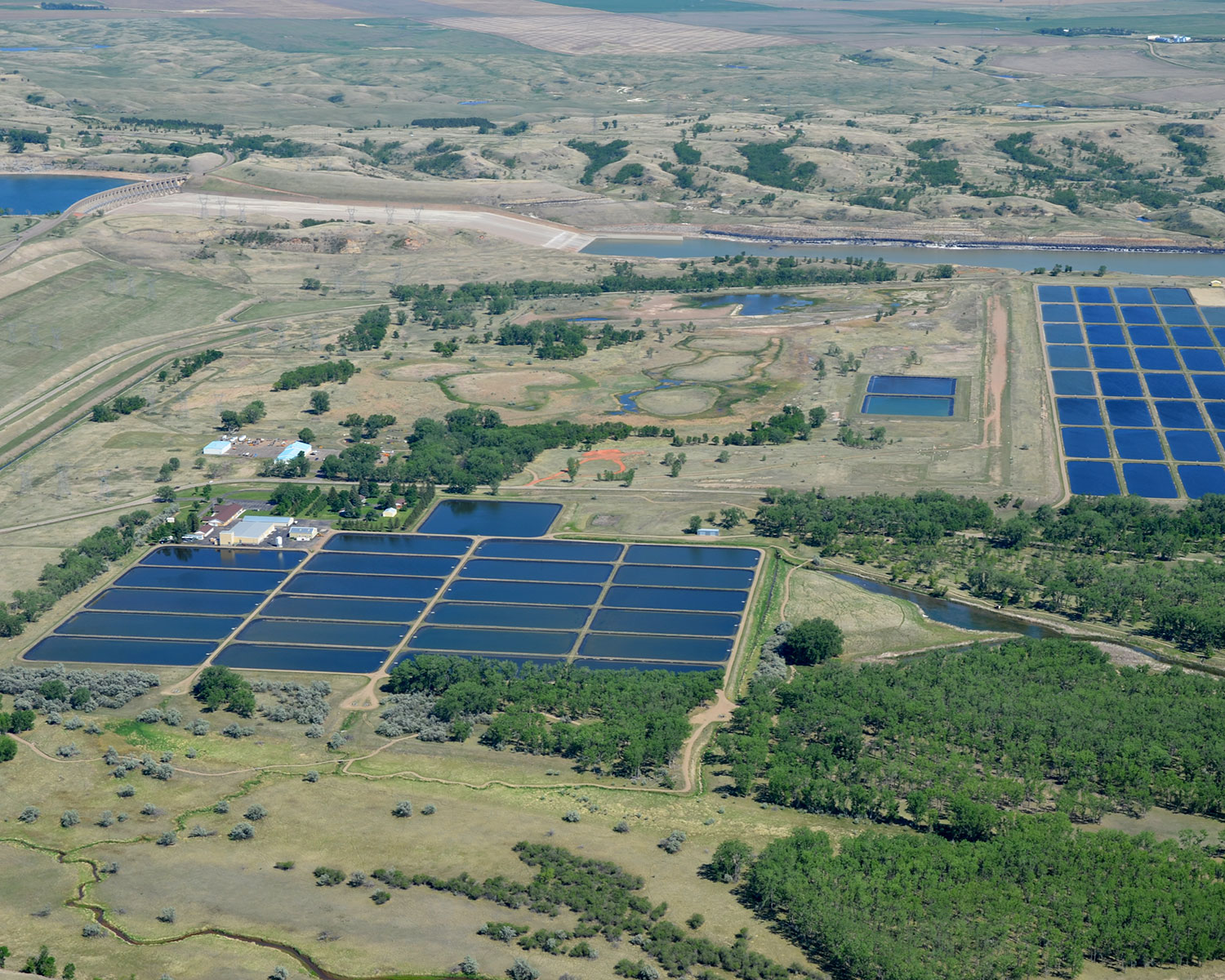 Garrison Dam National Fish Hatchery Expansion – Understanding that there would be a future need for more walleye and northern pike fingerling production, as well as a home to raise more trout and salmon, the Department funded a large expansion at the hatchery.

In 1988, the Department spent $2 million constructing a coldwater fish facility to enhance production of trout and salmon for stocking into state waters.

In 1989, Game and Fish spent another $2.5 million to expand pond production by adding another 40 acre-and-a-half rearing ponds for an additional 60 acres of pond production.

Since the inception of the Garrison Dam hatchery, more than 245 million walleye fingerlings and 18.2 million trout (2 million pounds) have been shipped; much of this due to the expansion of the hatchery complex. This enlargement of the hatchery facility has allowed the Department to stock Lake Sakakawea, Devils Lake and many of our new prairie lakes.

Fisheries Management Decisions – The Department hires well-qualified individuals, generally with at least a bachelor's degree in fisheries/wildlife management, to conduct our biological responsibilities. These people use their educational backgrounds, but probably more importantly their hands-on learning, to develop skills to better manage the state’s fisheries. To this end, staff initiated numerous management actions (a few noted in the following) beginning in the late 1980s, that left a tremendous positive footprint on fishing, then and now.

Mid-1990s and Continuing to Present 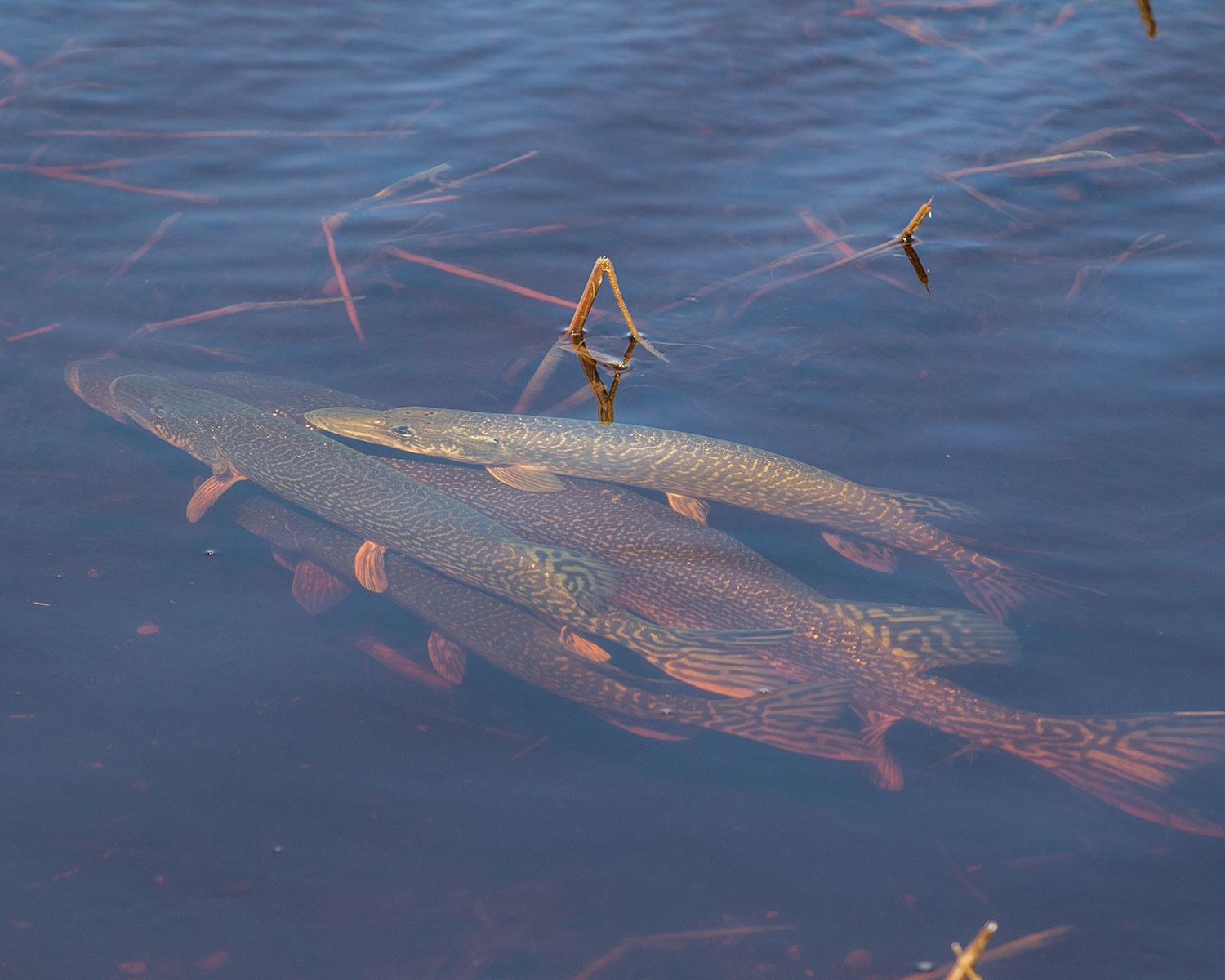 Precipitation – An incredible climatic change occurred in 1993 and continued throughout the 1990s (and in some semblance, continues to date). For the five or six years prior to 1993, North Dakota suffered from one of its many prolonged droughts. In terms of fishing waters, the state had few waters even prior to the drought, but by 1992 the number had dwindled to around 100 lakes.

But the summer rains of 1993 and many, many large precipitation events since, transformed North Dakota’s landscape to a waterscape. By the early 2000s, the number of fishing lakes neared 350.

These new lakes were created via rainfall and snowmelt that filled sloughs and meadows; in turn, tremendous new northern pike and yellow perch fisheries developed. Seemingly overnight, what once was a duck slough became a 20-foot-deep lake, thousands of acres in size. In time, through Game and Fish stocking efforts, close to 100 of these “new” waters evolved into walleye fisheries.

All told, the number of fishable waters today is at a record 450 and though there have been a few dry periods (such as 2021) since 1993, the trend of more and deeper waters continues.

Fishing Regulations Overhaul – During much of the 1990s, concerted efforts were made to readdress several fishing regulations with the intent to make fishing as simple and straightforward as possible. During this time, the fishing season for all game fish was extended to year-round throughout the state; four fishing lines for ice fishing were allowed; the Department no longer closed lakes to fishing; a two-year fishing proclamation was established; the trout/salmon stamp was eliminated; and fish houses were no longer required to be licensed.

One can only speculate how things we hold near and dear will look like in the future. Similarly, forecasting how North Dakota and its natural resources will appear decades from now is virtually impossible given our ever-changing world. Will it continue raining and keep North Dakota’s fishing lakes full? Only time will tell. But one critically important fact remains. If not for these milestone events that began 30-40 years ago, today’s fishing and catching in North Dakota would have a totally different and unimpressive look.