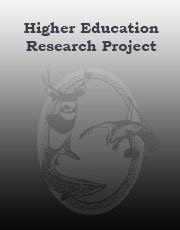 Pronghorn (Antilocapra americana) are associated with sagebrush-steppe ecosystems of the Great Plains of North America. At the northern edge of their range in North Dakota, pronghorn are exposed to a variety of negative impacts including severe winter weather, drought, predation, harvest, and rapid oil and gas development. Adult pronghorn counts in North Dakota have fluctuated over the past 40 years, with an increasing trend from 1974 - 2007, followed by a rapid decline from 2008 – 2012. This decline coincided with significant oil and gas development in pronghorn range, and several severe winters with cold temperatures and/or deep snow. The primary objectives were to determine what factors were responsible for fluctuations in pronghorn abundance, and to identify key habitat features selected by adult female pronghorn. This study also looks at whether increasing densities of well pads resulted in declines in abundance, and whether pronghorn avoided roads or well pads.