It's Always Worth a Shot 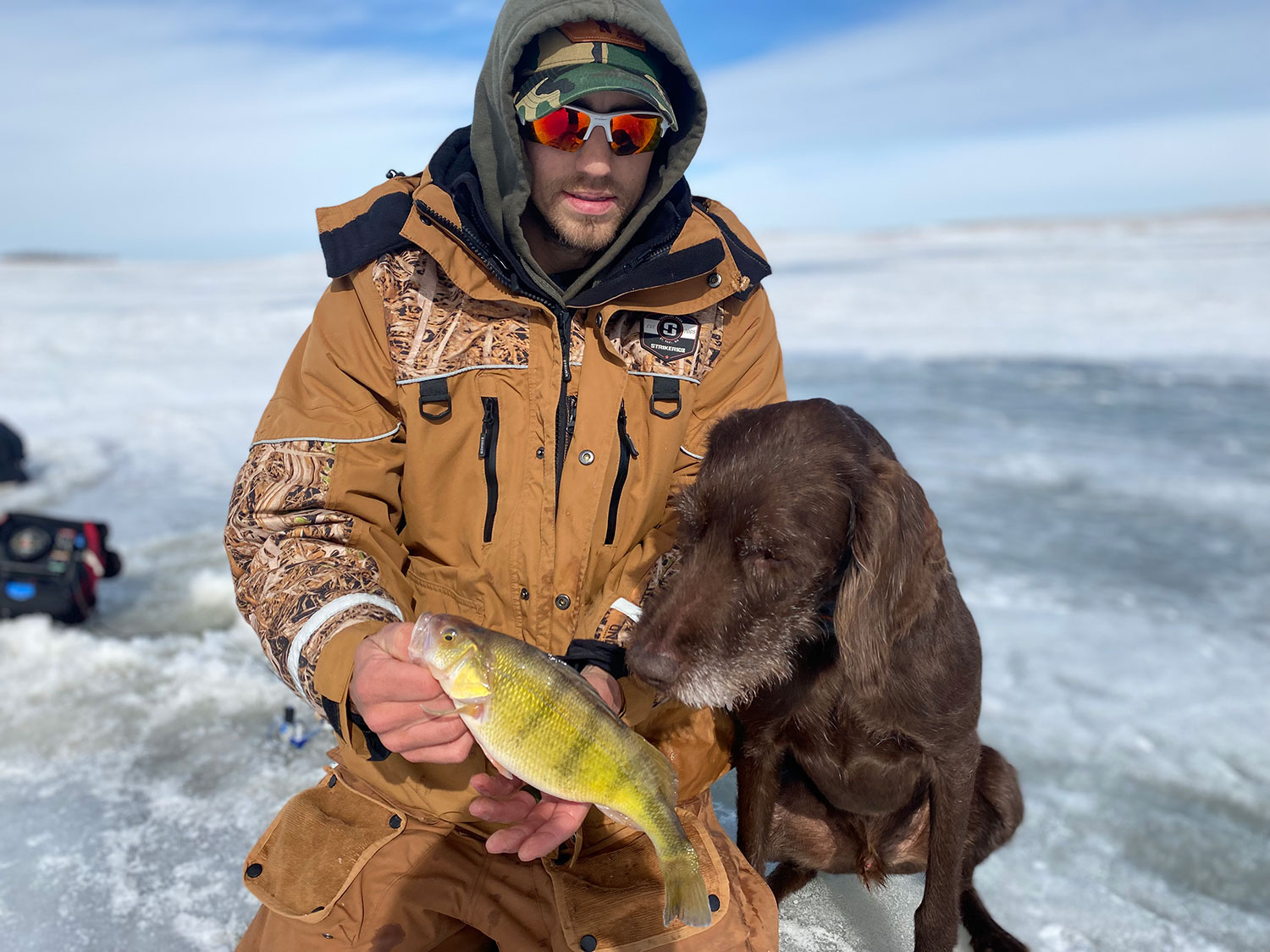 It had been more than a month since I’d hit North Dakota hardwater. We ended January with a late-season pheasant hunting trip to South Dakota, spent a weekend with family in a rented sleeper ice house in Minnesota, and enjoyed a reprieve from Northern Plains wind chills on a tropical vacation that ate up the other two February weekends, leaving just one.

Saturday was already spoken for with a volunteer commitment, but Sunday’s temperatures were forecasted to top 30 degrees and I admittedly whined that “I just wanted to catch some fish.” Perhaps it wasn’t the best day to go exploring, to try a new lake, but the days to do so were winding down.

In the creation of the Department’s new Where to Fish application, I was asked in December to review the process and provide feedback. In what I’ll simply deem as an honest effort to provide authentic, professional comment, I took the opportunity to scout some new potential perch fisheries. We tend to fill the freezer with plenty of pike fillets from spearing and usually stumble into enough opportunistic perch and walleye bites that I wasn’t looking for crazy action, but rather a reminder of the infamous North Dakota jumbo perch. It had been a few years since I brought one topside and it was an itch I wanted to scratch this season. 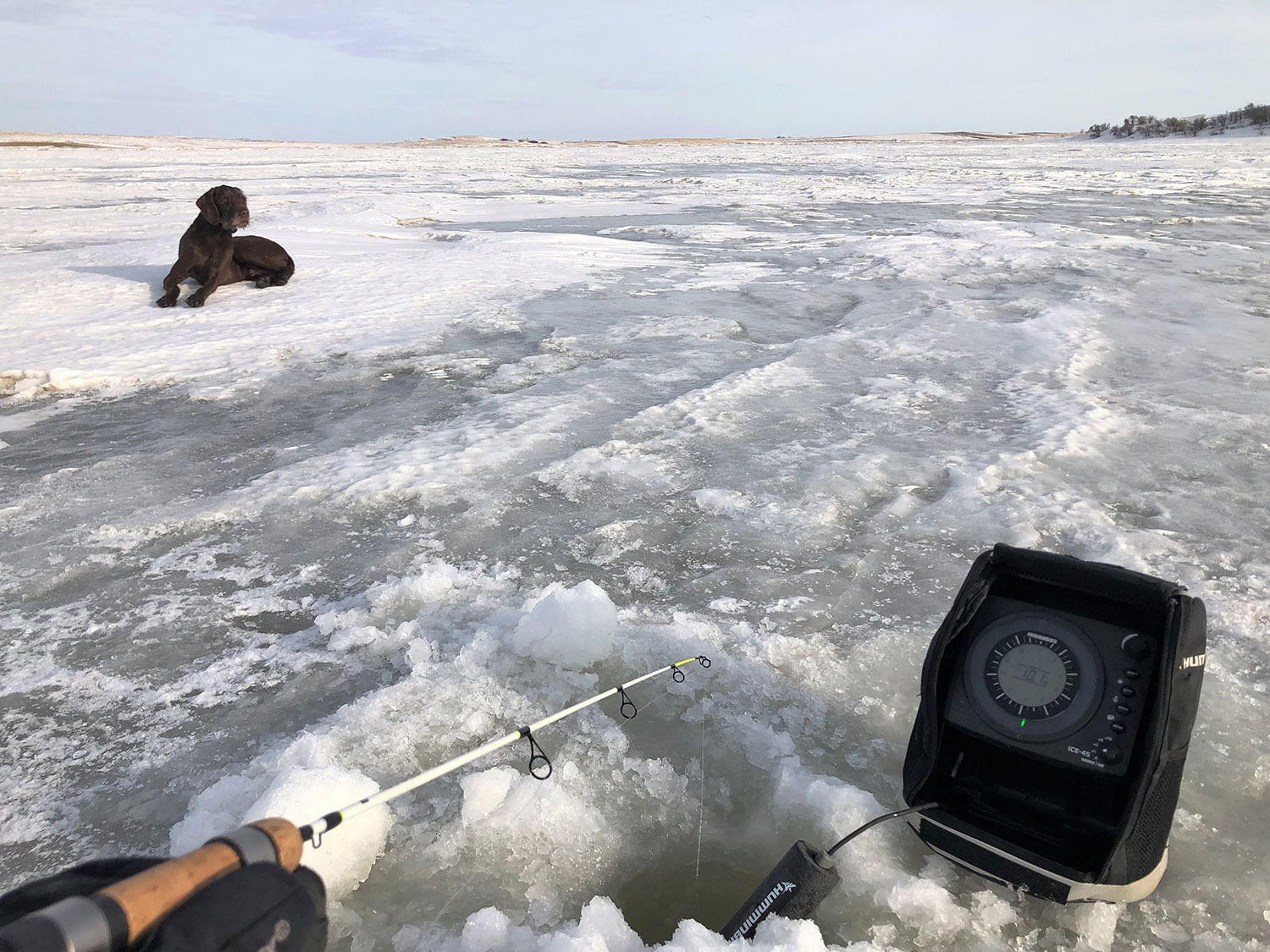 Of course, I also have the fortune of working with Game and Fish Department biologists who manage these fisheries. So, I ran a few of my “hit list lakes,” as well as my desired outcome, by one such biologist and he gave a true biologist answer based on the Department’s fish sampling reports. Yet, the sampling reports only tell part of the story as there’s so much that can influence the numbers. The reports don’t lie, the fish are in the lake, but that doesn’t mean they’ll always cooperate for anglers. And there’s only one way to know that – go fishing. He said he hadn’t heard any news from other anglers about my top-rated lake but that it “didn’t mean it wasn’t worth a shot.”

He also graciously provided the names of two other waters that might have what I was looking for and I’d be remiss if I did not admit to already trying one of those lakes in mid-January. That lake reminded me of what North Dakota fishing is all about, a couple dozen scattered ice houses and the feeling of small-town community. But on that day, we didn’t even mark, let alone catch any. I point no fingers at our biologist because, well, that’s fishing. And would my notorious (and annoying) “do-it-myself” attitude be as satisfied if it had worked out anyhow? 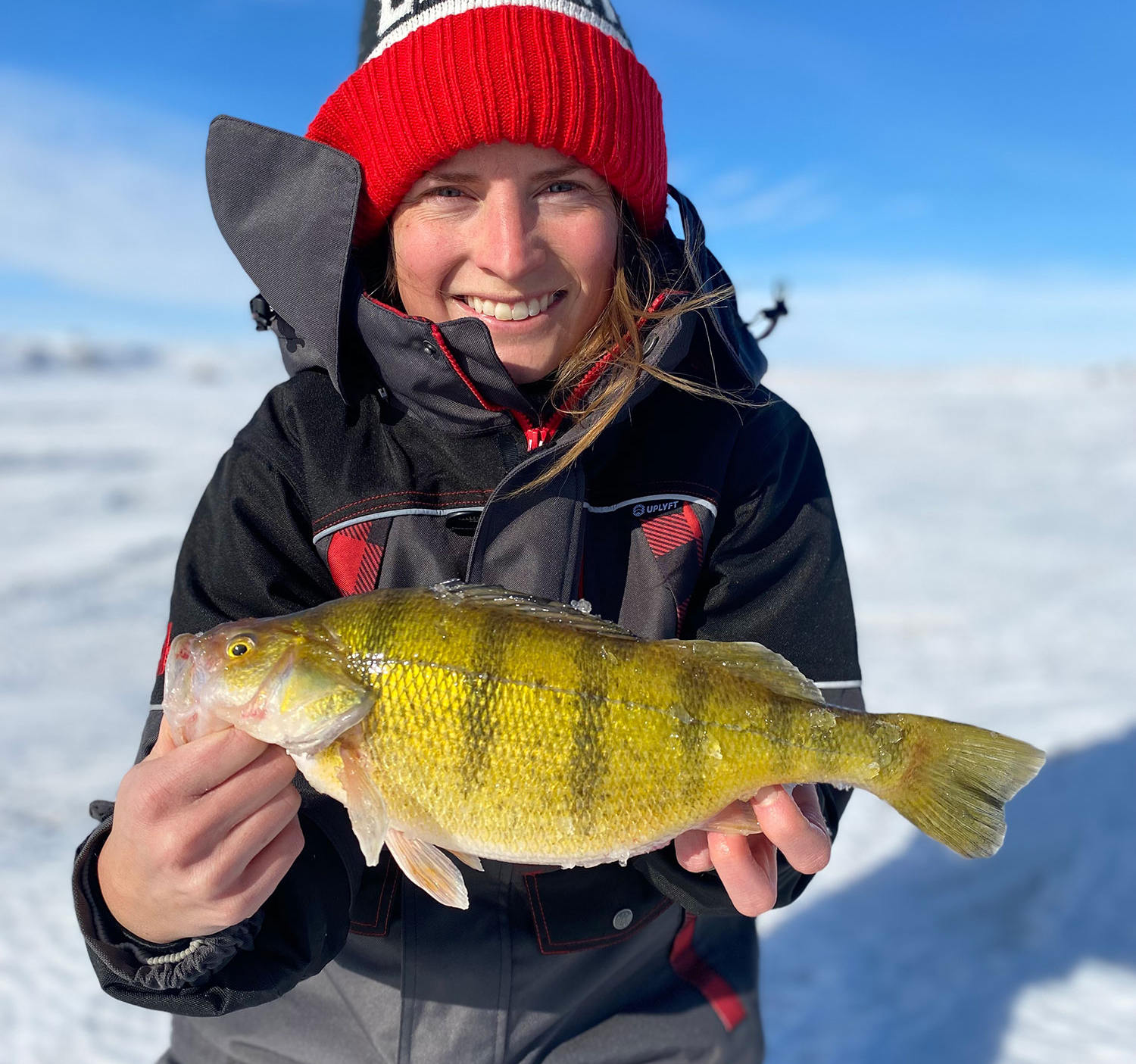 Fast-forward a month and my husband and I are in the Starbucks drive-thru, fishing gear loaded, still debating whether to try my lake or go where we’d perhaps have a better chance of catching some fish, just maybe not the jumbo I was after. I sometimes think my husband and I make such a good team because I’m very critical, I want to make decisions with data and reason, and I have a strong definition of success. And he balances it with a sort of carefree, positivity first mindset, and urges that we go for it.

The map claims we’ve arrived a little after 9:30 a.m., despite the total lack of any sign of life. There are no ice houses, no pickups, no snowmobile tracks, no boot tracks, and not a single auger hole punched into the lake. I turn to him and say, “I feel so dumb, we’re going to look ridiculous.” But he’s already out of the truck and putting on his bibs saying, “It’s always worth a shot.”

With no contour map in hand or any idea of the depth of this new-to-us fishery, we drag our sleds down the ditch while Finley romps ahead. We opt to walk out a ways to ensure we don’t drill into the bottom (been there done that.) The flasher says 10 feet. He drills another hole, and we start fishing.

My husband opts for a small spoon tipped with a minnow head and I go with a small rip bait with treble hooks. I jig and rip it for less than a minute when a mark appears on the flasher. I slowly raise it and feel the thump, fish on. The water is a pea soup of sorts, so my eyes widen when the jumbo I was after emerges to the surface. It measures 13.5 inches and has quite the belly. We snap some quick pictures before releasing the fish. My husband shakes his head and laughs. He knows I’ll now be happy the rest of the day, and that despite countless stories like this one, I’ll always be a skeptic and he’ll always be an optimist.

The bite that day wasn’t hot and heavy and I have to confess that he did out-fish me (although I like to credit the spoon more than I do him). But we did catch a handful of perch over 12 inches, opted to keep six, enough for a fresh meal that night, and threw back plenty more for next time. We basked in the sun, grilled venison brats, Finley chewed on sticks, and we had the whole lake to ourselves. All because we did a little research, and then we just went fishing.

It’s always worth a shot. 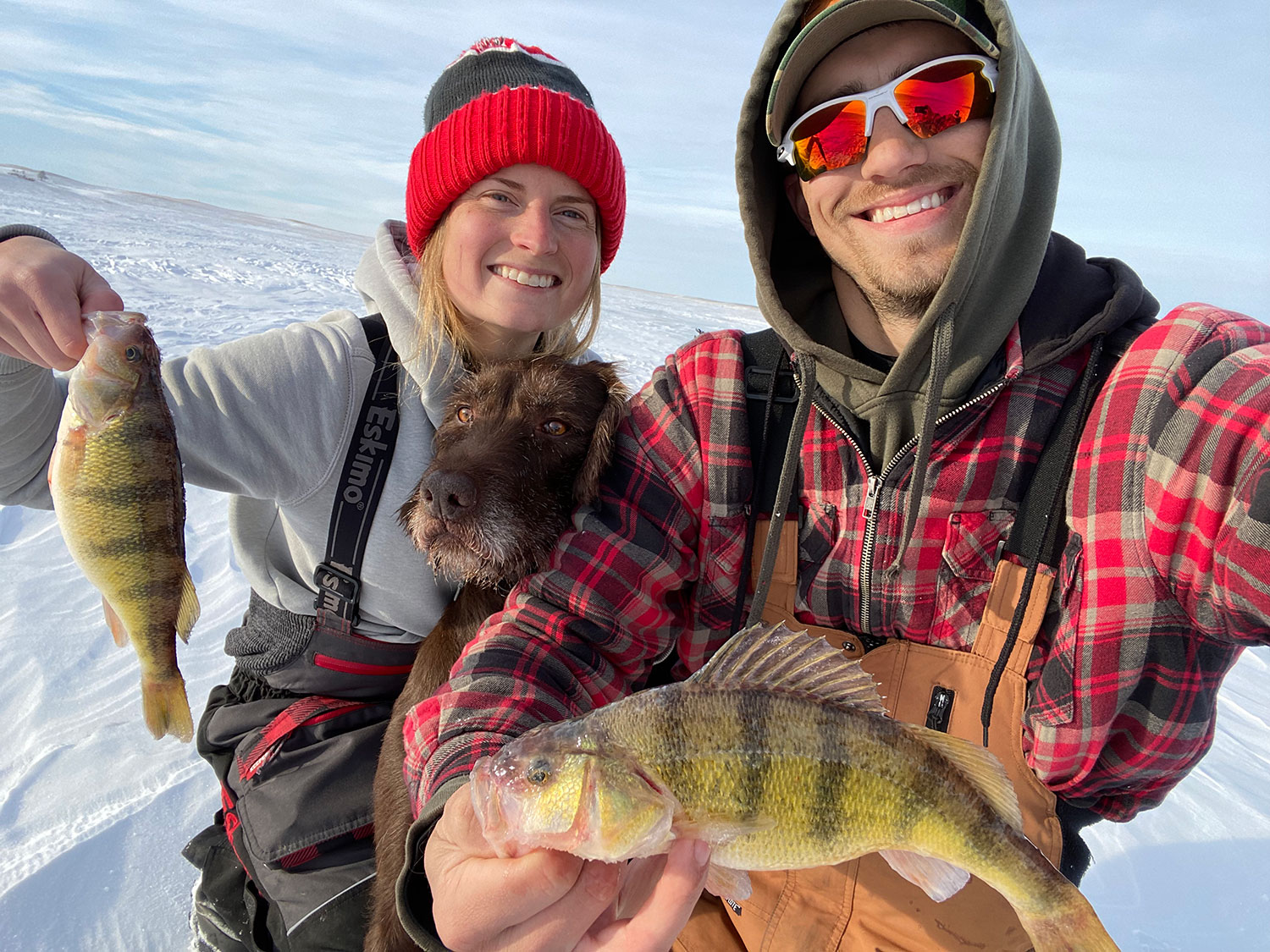