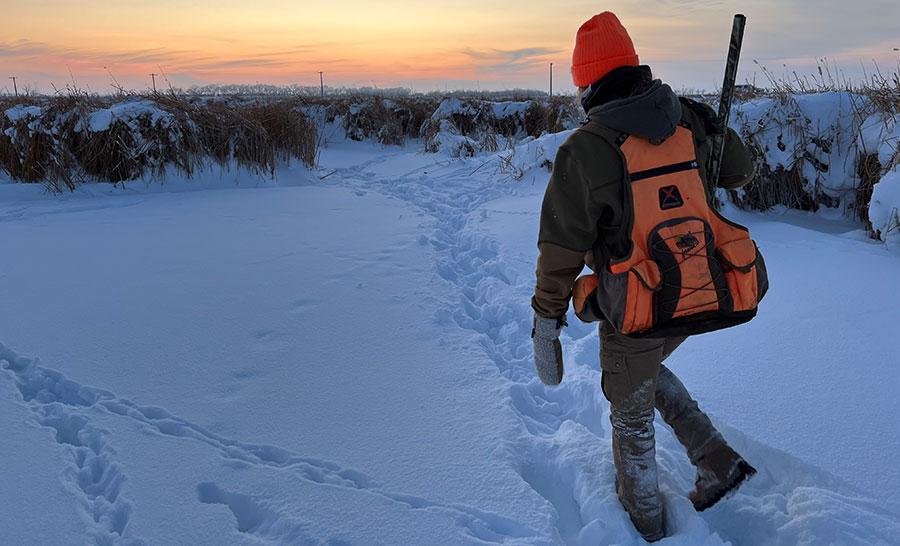 Well, here we are somehow already at the end of hunting season (pending an invite to the squirrel woods yet from North Dakota OUTDOORS editor Ron Wilson).

As I took my final steps back to the truck Sunday evening, I admittedly welcomed the final alarm on my phone signifying sunset more than I typically do.

It had been a pretty anticlimactic day and I felt the measly 12,000 steps indicated by my watch were not reflective of the difficulty of most of those steps. The snow drifts kicked my butt for the last time this season and the birds needed a reprieve anyways. 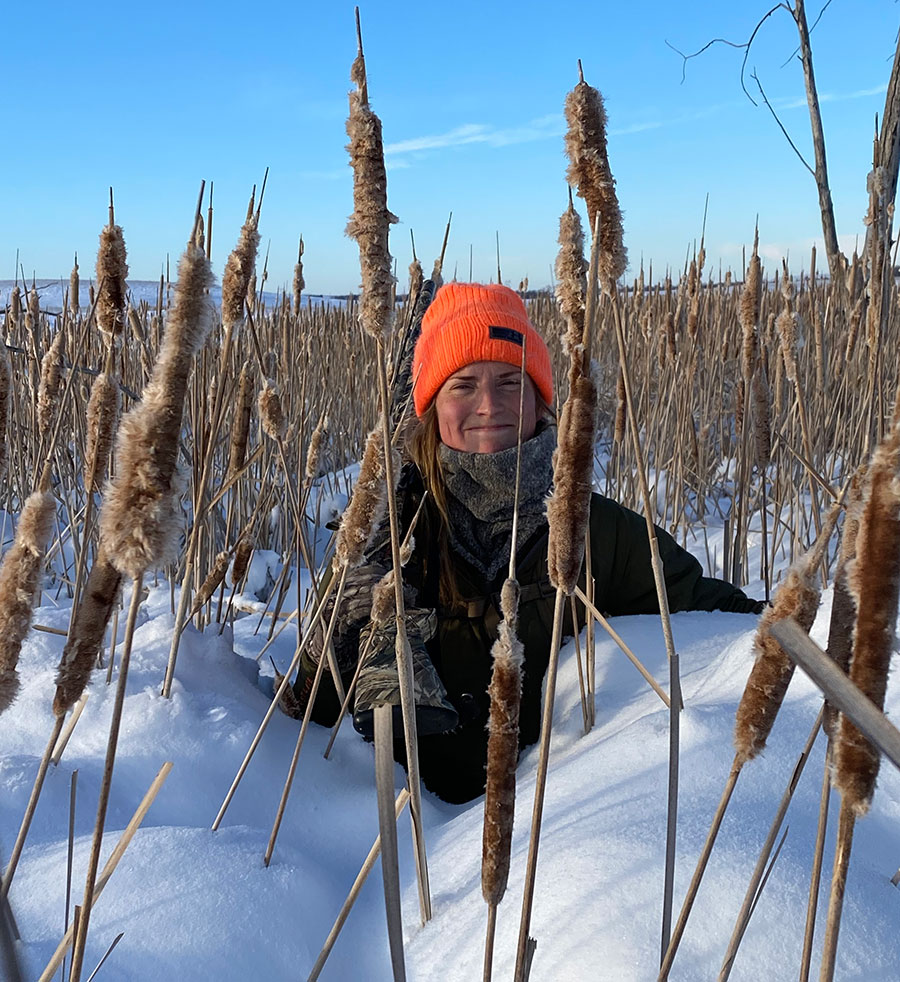 It will no doubt continue to be a long and challenging winter for our wildlife.

Even the hallways around the office have been unusually quiet and dispirited these last few weeks as concerns from winterkill on our lakes, to ice fishing access, to wildlife health, to the seemingly never-ending murmurs of another blizzard in the long-term forecast.

It’s been hard to even find anyone here who has been hardwater fishing yet, myself included, a rarity in these parts.

I definitely don’t want to discount the graveness of these concerns and miss an opportunity to emphasize the importance of wildlife habitat.

At the end of the day, we cannot control the weather, but look around where you do see wildlife in these conditions, congregated into protected areas, because they simply have no other option. 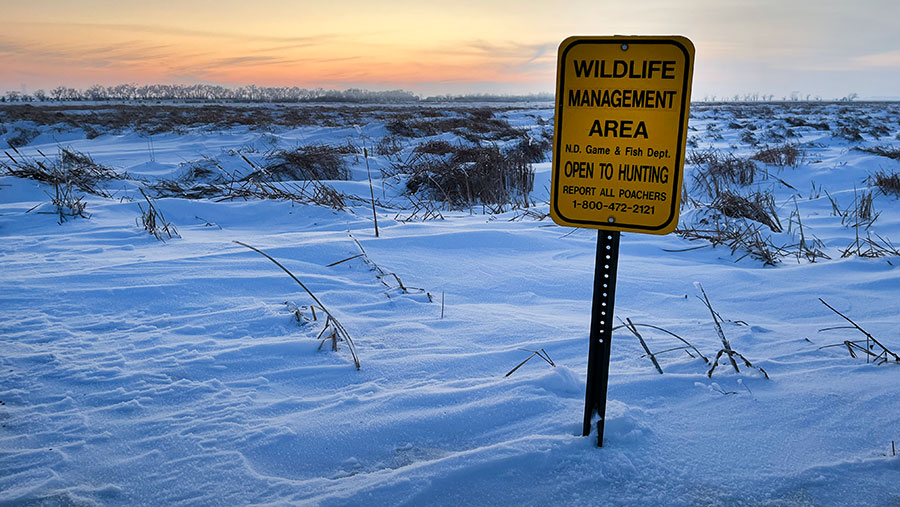 But I also hate to be totally grim. Afterall, we choose to make the prairie our home and I think, at least for me, part of that decision is the grit it requires.

I was reminded in a recent NDO podcast recording that our native species show their colors in these hard times.

From sharp-tailed grouse burrowing into the snow, to northern pike demonstrating extra resilience to reduced oxygen levels from snow-covered ice, these guys are no strangers to life on the prairie and have thousands of years of experience battling the highs and lows.

It’s hard to believe now, but spring will come eventually, likely with some extra snow melt providing silver linings in itself. After all, weren’t we just wishing for more moisture a year ago?

That’s life on the Northern Plains.

We don’t get to experience the highs without enduring the lows. The flush of productivity from a refilled pothole lake that provides the perfect spawning conditions for a notorious North Dakota perch bite wouldn’t be possible without some drought conditions to restart the cycle.

And long, tough winters can help keep tick populations in check for wildlife and will certainly provide a moisture boost to grass come spring, hopefully resulting in quality nesting and fawning cover on the landscape.

So, I too choose to make the most of what we’ve been handed. 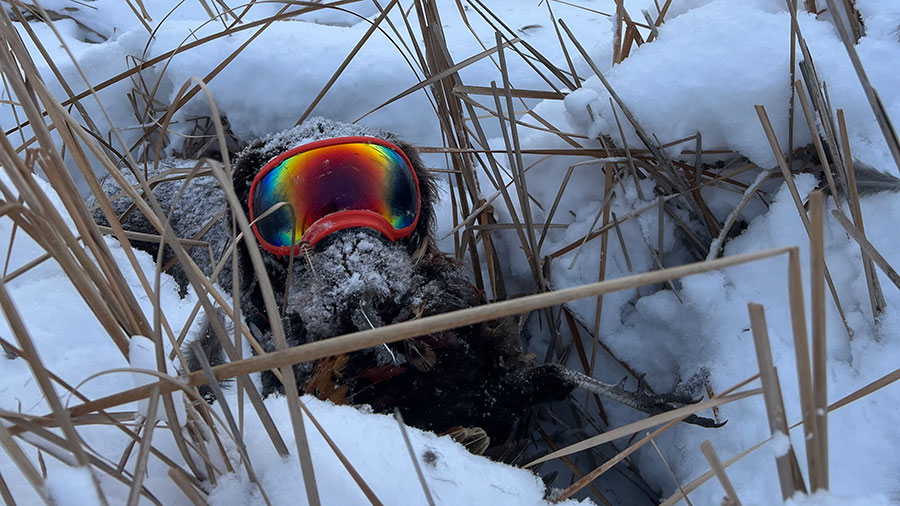 Fins deserved to hunt the last day of the upland season, even if it was a fool’s errand.

Monday, we drug our sled a couple hundred yards from the access to stare down a spear hole for the first time and even managed to help some friends bring their first northern pike top side.

And, if and when the next blizzard barrels into town, we’ll hunker down and make deer sausage or pike chowder or pheasant potpie as we daydream about spring turkeys and open water smallmouth.

Then we’ll dig ourselves out and find some way to keep enjoying winter. We may be blue-platers, but I’d like think we’ve built up enough adaptations to also be considered natives to the prairie. 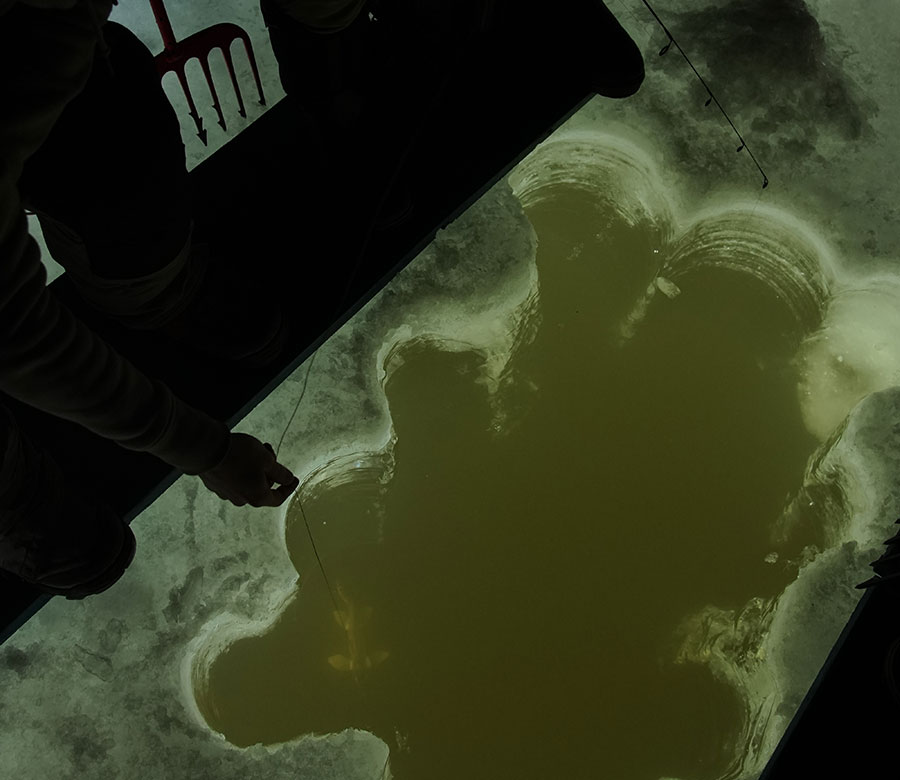