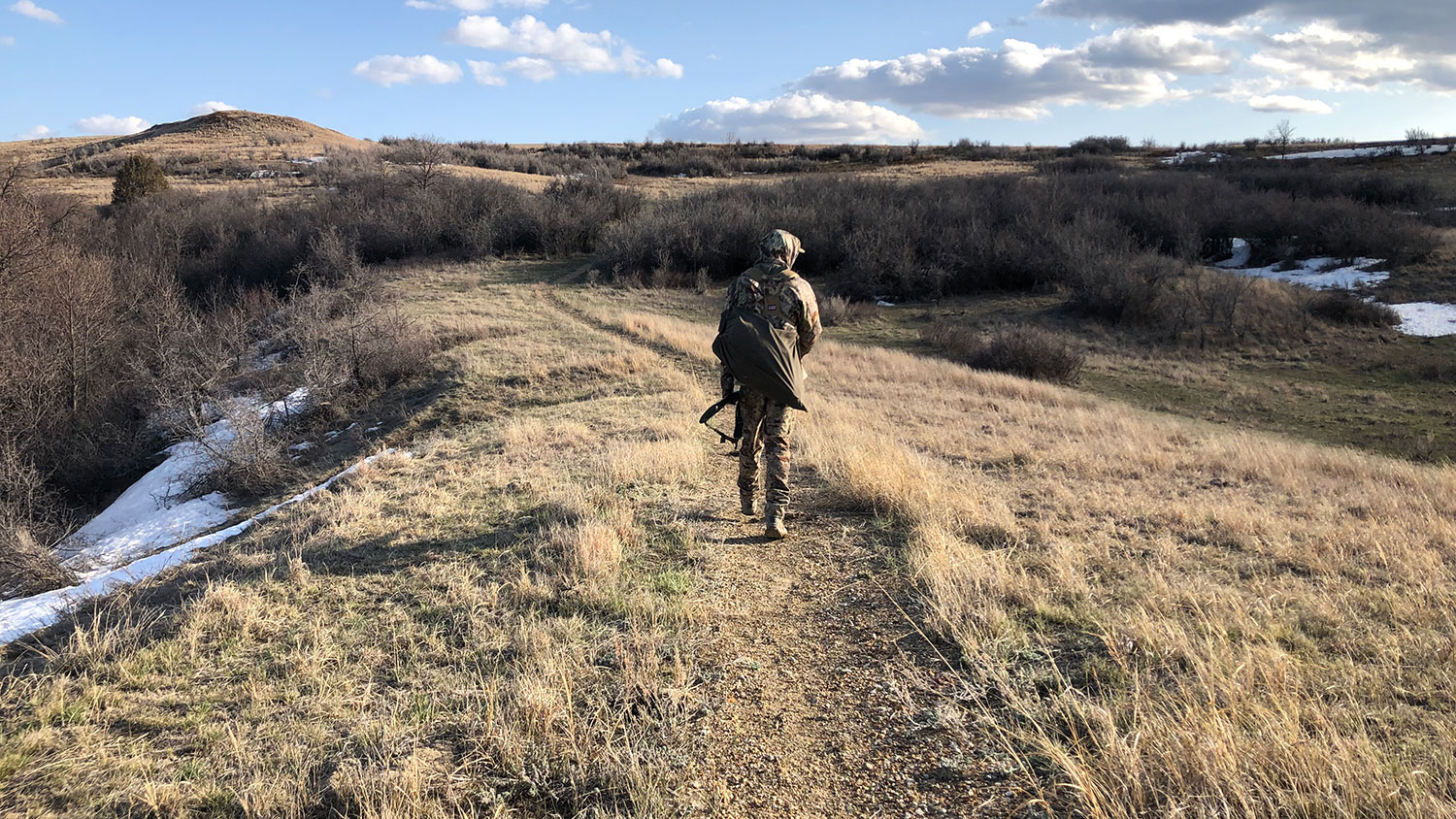 A well-timed conservation magazine hit my mailbox this month with a column I needed entitled “The Process.” One quote resonated with me: “don’t sacrifice the process in favor of the end result.” I hung it on the fridge as a sort of a turkey season mantra.

With two North Dakota tags in my pocket, I planned to fill one opening weekend (talk about focusing on the end result). We headed west. We camped. We hiked. The wind blew. And we opted to split up and forego social time and didn’t hear a single gobble or stumble anywhere near a turkey.

Of course, the following week we were hit by a one-in-a-century blizzard. Snow mounds were high, roads closed and conditions miserable. But Saturday looked calm, and how incredibly cool would it be to hunt turkeys in multiple feet of snow? To stand waist-high in a drift proudly holding up a gobbler? Beginning the morning at single digits absolutely had to earn me a bird, right? 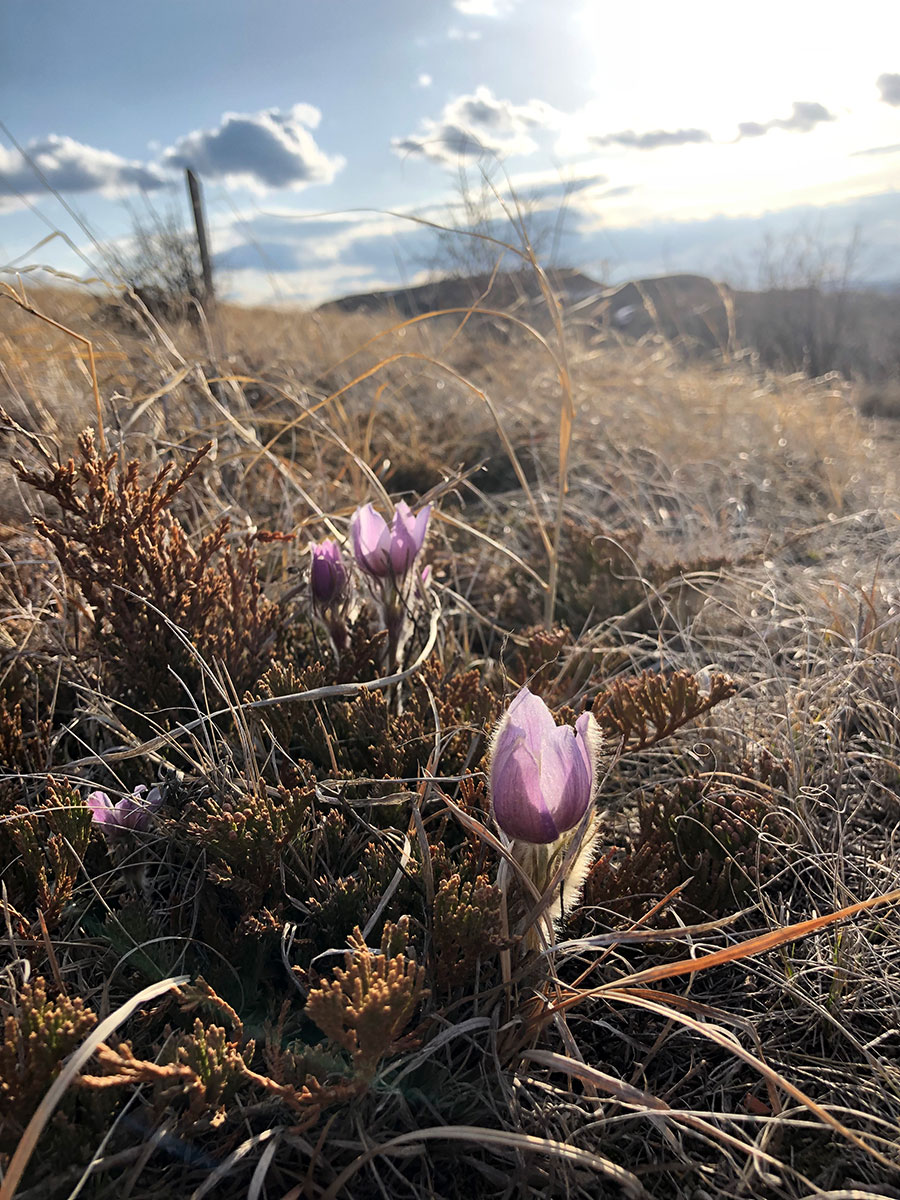 You know the story. The next week brought forecasts of yet another blizzard. I anxiously checked wind and precipitation conditions all week as I shuffled work commitments to find a day to hunt. I set my sights on Thursday as the forecast called for calm winds, and roads should have dried out. I set my out-of-office automatic reply and my alarm for 2:30 a.m. Surely the birds will be unpressured and willing to respond. The sun will rise, and I’ll have to pick which gobble to engage in conversation with.

The sun rose, no gobbles. But I hiked, belly crawled, slid, ran and snuck my way into run-ins with 13 different gobblers that day (nine in one group). Those wily birds made me look like a fool time and again, and before I knew it, it was hours past when I planned to leave and not one opportunity allowed me to seal the deal.

The weekend came and roads closed again, making it impossible to hunt even if we dared to try. By this time, while frustrated, I couldn’t help but feel my thirst for a wild turkey was trivial compared to the livelihoods of ranchers, thousands of people still without power, and the multitude of wildlife just trying to get by from back-to-back storms. 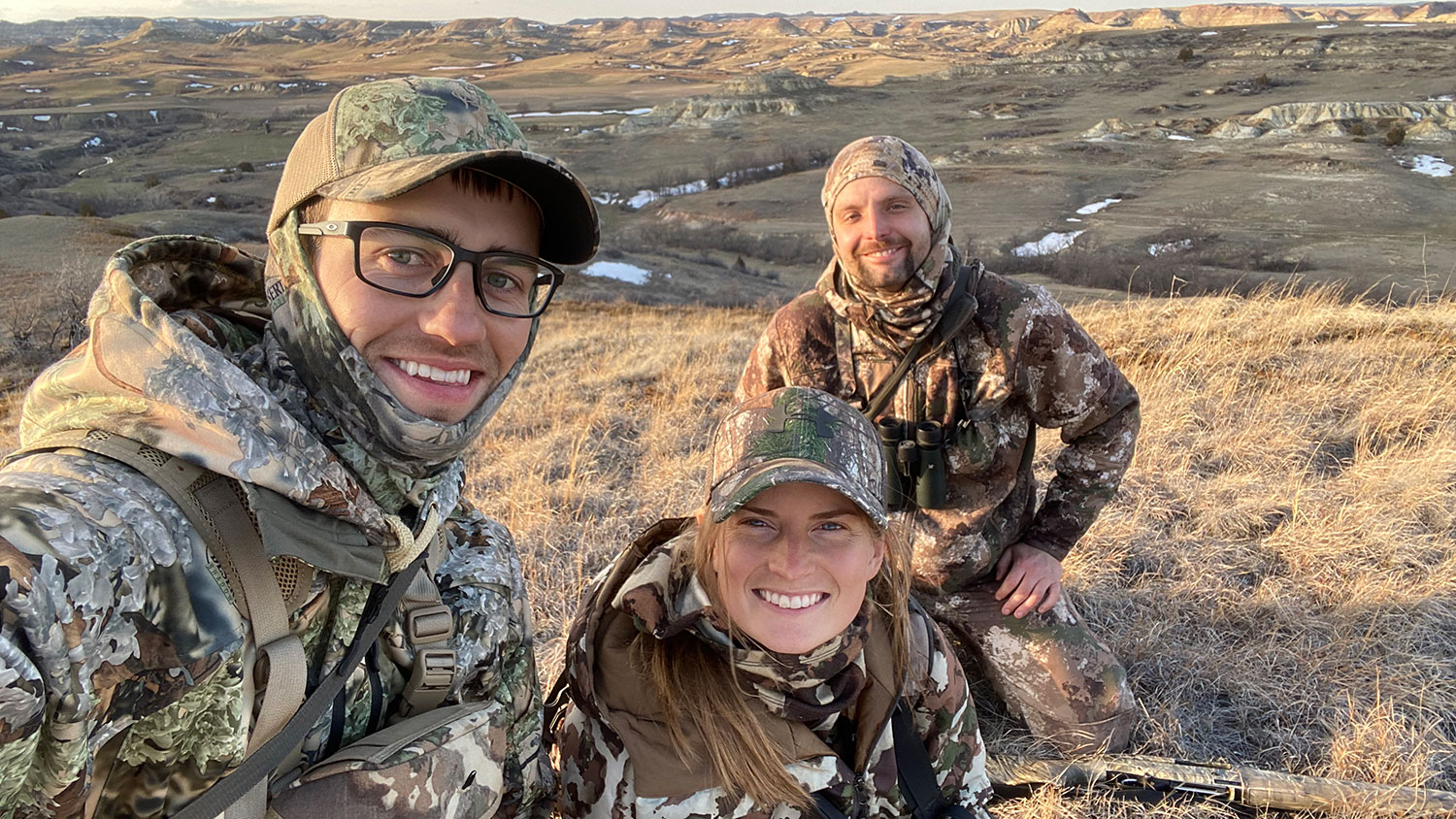 I surrendered to the process and simply yearned for some time outside again.

Maybe I didn’t get to hold up a snow-covered gobbler in my coveralls on April 16, but I do remember turning to Scott and laughing as we heard multiple male birds interrupt each other through a minute-long string of gobbles in response to some nearby geese. I remember thinking the bird that had been responding to us all morning would strut around the corner any minute. I remember the coyote that slipped by the decoys and scared another group of turkeys that we didn’t even know were near us. And I remember the crystal-clear tune of the Say’s phoebe that elicited a gobble just when we thought he’d left for good.

On April 21, I remember being tired, sore and frustrated that the turkeys had run circles around me all day, eating up time, not responding and never presenting an opportunity to close within shotgun range. It was getting late in the day, and I hadn’t packed dinner for me or Fins. After locating a bird over a mile from the road, I crouched behind a cedar tree and watched him cross the road literally next to my vehicle and I start laughing out loud. Could I look any dumber?

And I will always remember the panic I felt on April 30, hunkered in a buffaloberry bush when three different gobbles echoed off the small canyon in response to Scott’s soft yelp. Uh oh. Which one is coming first and where should I face? Then, he peeked over the ledge, tail fanned, at 10 yards. My heart raced as I waited for an opportunity to shoulder my shotgun. The gobbler shuffled down the snowy ledge, passed at almost 5 yards before stepping into an opening to display for the bashful hen. His head pulsed from blue to white. He turned his back for a moment, and I aimed. This is what turkey hunting is all about.

And if it wasn’t for the process, I wouldn’t have any of it. 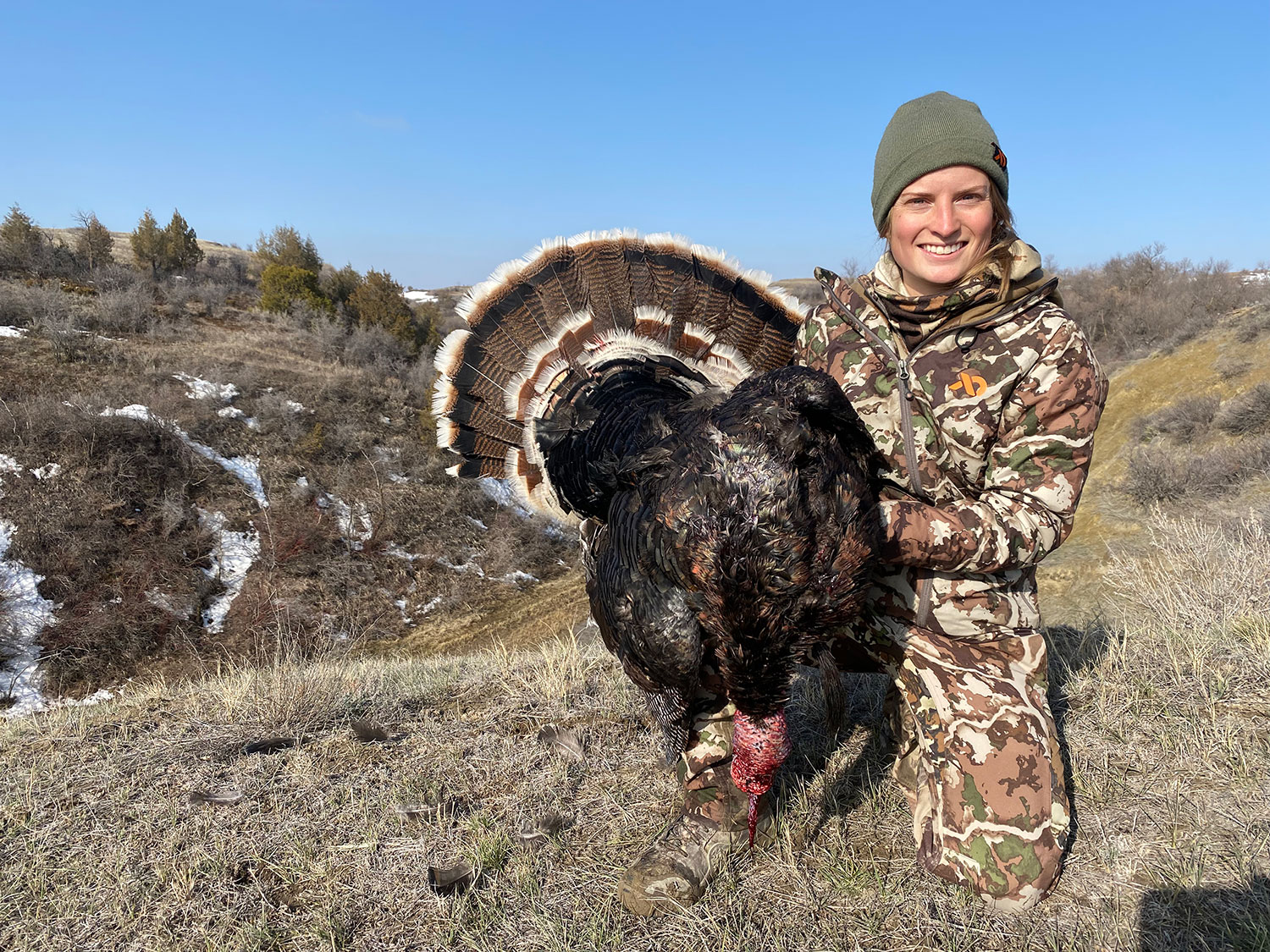