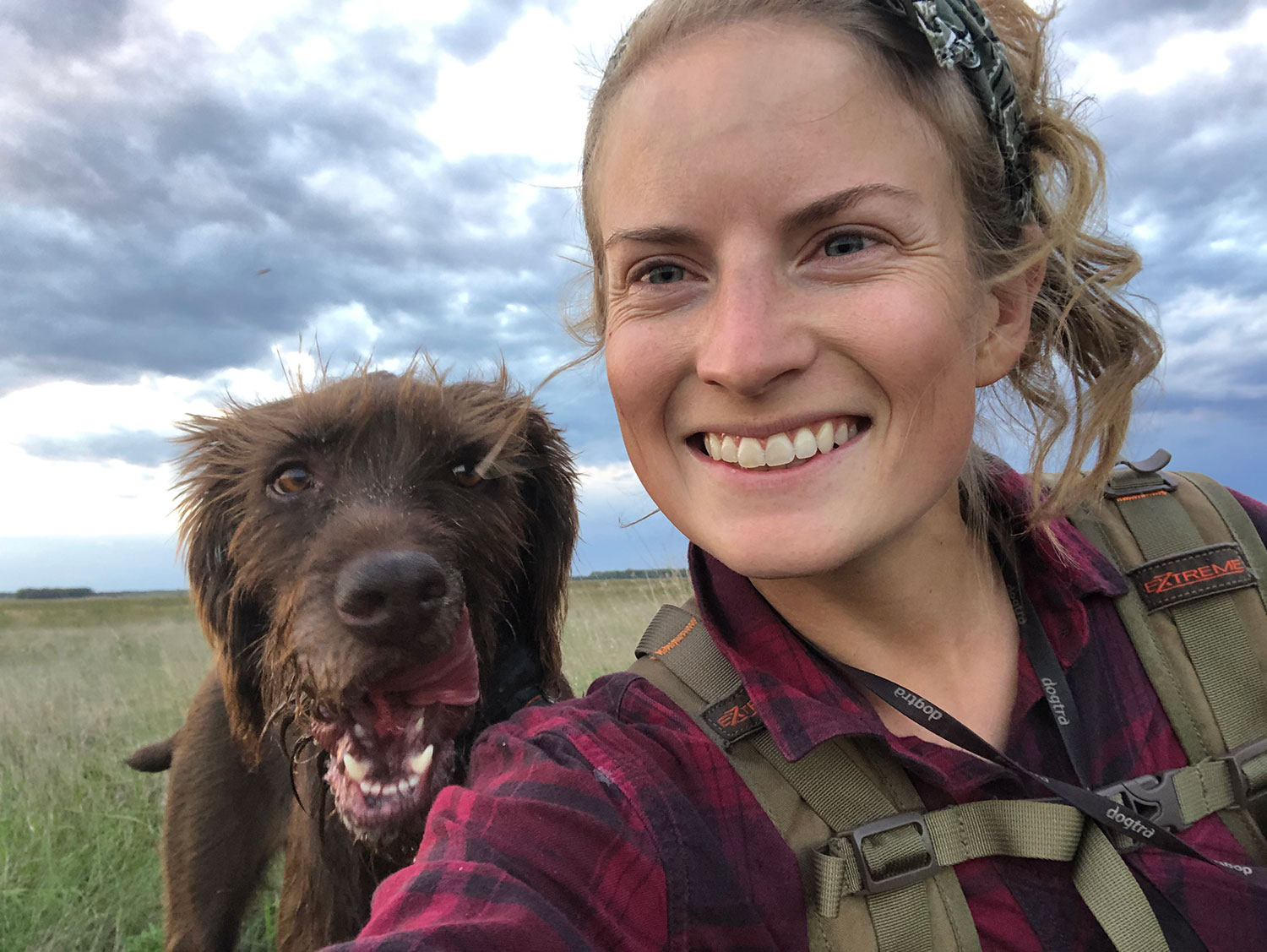 It’s December 30, a slow week in the office as many people are out for the holidays. I’m doing my best to stay busy in hopes the clock will strike 2:30 soon. I’m calling it a year a little early to put in the final solo hunt of the season – just Fins and I.

Around lunch time I get a random call from a hunter out of West Fargo, just wanting to share a story with someone from Game and Fish about the upland “hunt of a lifetime” he had on a little piece of PLOTS land. One of those hunts you simply try to replicate each time you head afield but seemingly rarely comes to fruition – perfect dog work, cooperative birds and skilled shooting. During our conversation, he graciously thanked Game and Fish, all PLOTS cooperating landowners, and those who allow access in other forms. The hunter depends heavily on publicly accessible lands throughout the season and had no shortage of gratitude for that reality. 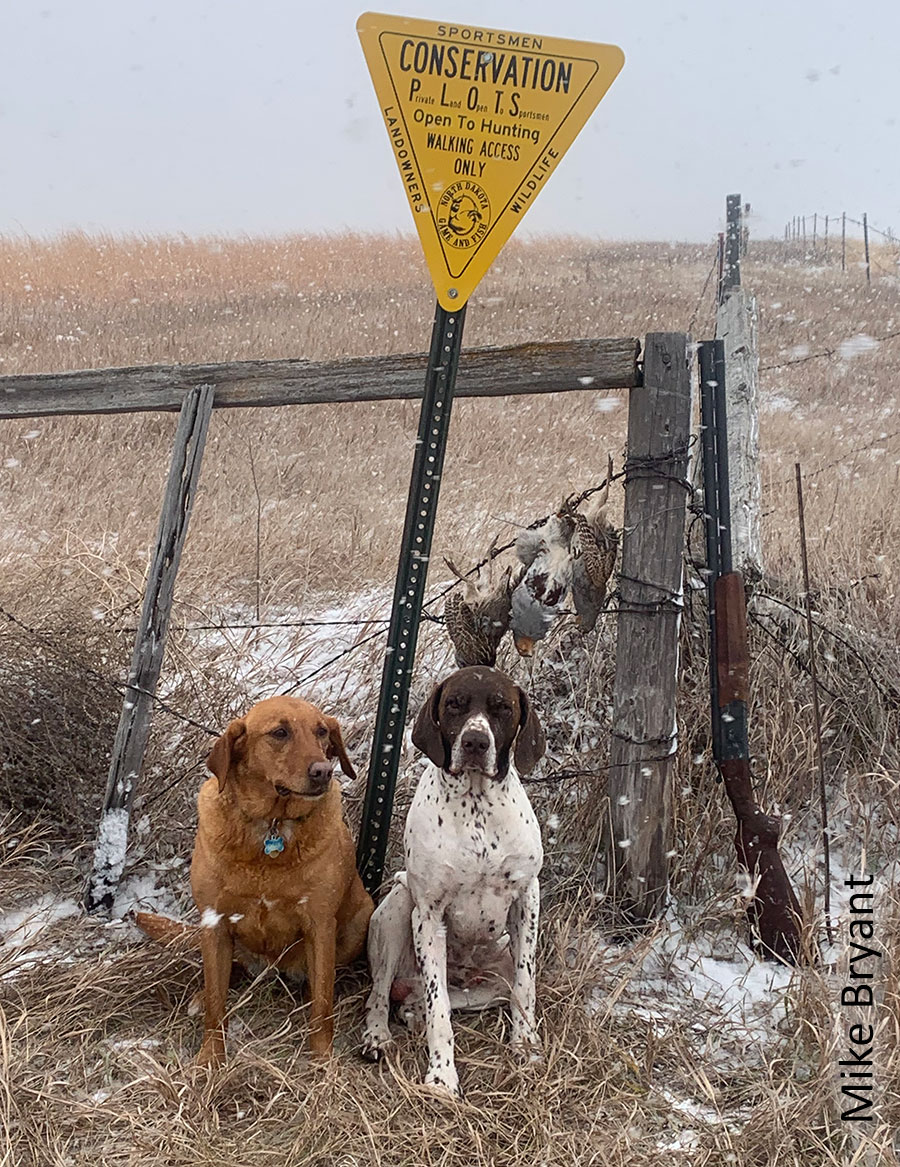 Mike Bryant’s dogs, Chloe (left) and Hank (right), pose with a limit of PLOTS-produced Hungarian partridge and a cherished hunting memory for the West Fargo hunter.

As the R3 Coordinator, and a public land connoisseur, I think about issues like access on almost a daily basis, particularly in the wake of this season’s new electronic posting law. Access is at the forefront of discussions with many other states, and it will continue to remain a priority in North Dakota and elsewhere, but we have a pretty unique system here. Open access and the private landowners who choose to partake in it, whether through the PLOTS program or through leaving a fence post (or OnX layer) bare, are providing over a million acres of access in addition to our public land system. It’s important we uphold our end of the bargain and always act with integrity on these acres and continue to support and thank landowners who provide them, but it sure is nice to be reminded of the privileges we have.

Hearing this hunter’s story brought back a highlight reel of my 2021 season, a total of 53 days spent afield, only two of which were spent on posted private land. I hunted in over 15 different counties in the state on PLOTS, unposted land, department-owned or leased wildlife management areas, state school lands, federally owned national grasslands, waterfowl production areas and one national wildlife refuge and all were bountiful in some way or another. Sure, some walks or sits produced no birds or game, sometimes my shooting left nothing but empty casings and grass bouquets to bring home, but my body, mind and soul were better for the time spent outside, thanks to the abundance of publicly accessible land we’re fortunate to have in North Dakota. 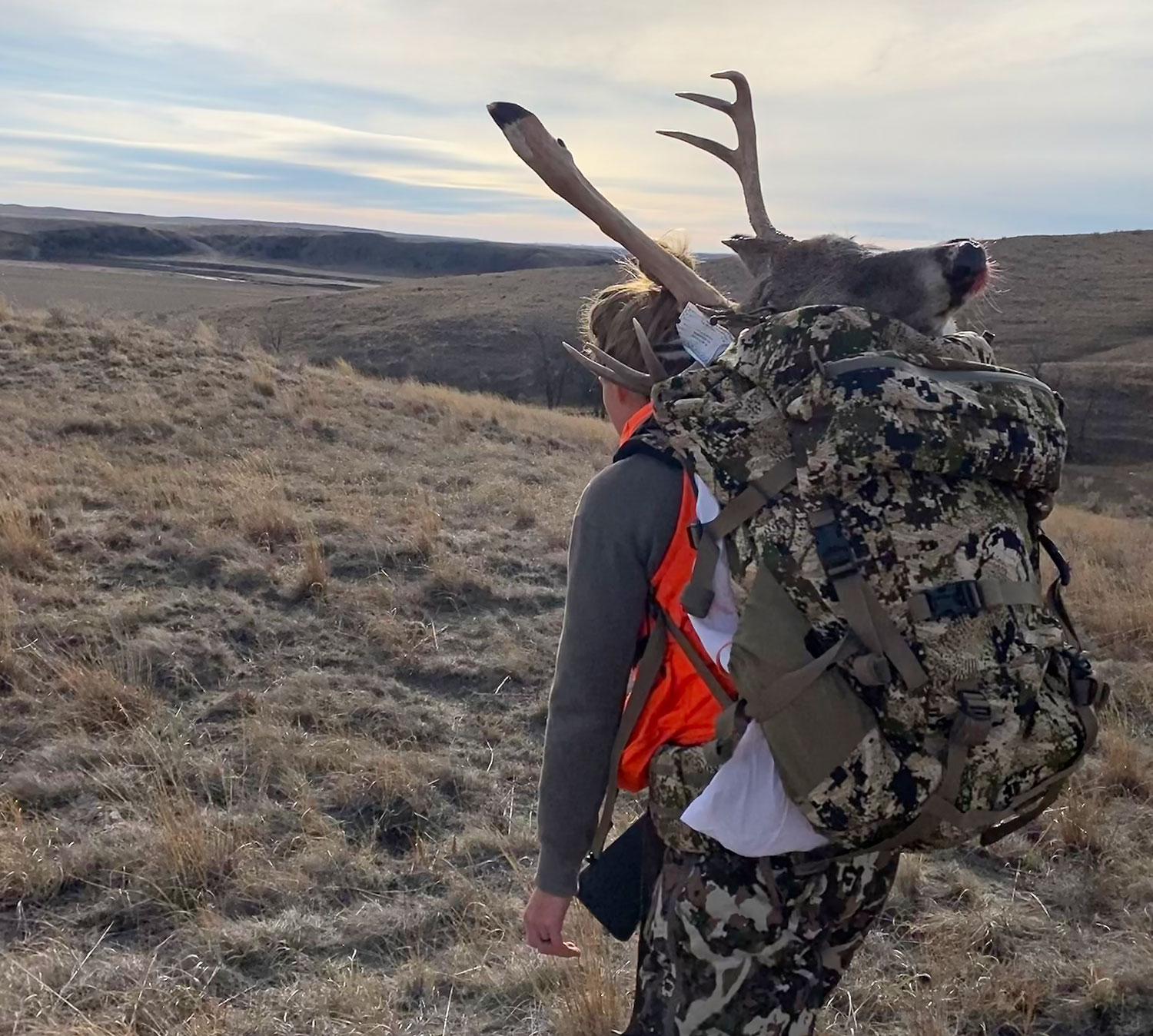 Were there once more unposted acres? I’m told so. Will my season someday be a story of the “good old days?” Maybe. But for now, there is game, access and laughs to be had, people to share it all with, and a lot to be thankful for.

The clock finally strikes 2:30 and I tell the few stragglers in the office that “I’ll see them next year” with a giddy smile on my face. I grab Fins and a set of handwarmers. I pull slightly off the road at the start of the minimum maintenance sign and park because the road to the waterfowl production area hasn’t been plowed. I smile at the lack of vehicle and foot traffic in the snow.

Fins runs way ahead as I trudge through snow drifts and lose layers of clothes by the minute. Beep. Beep. His electronic collar signals that he’s stationary and likely on point (or pooping). Hen. Beep. Beep. Rooster. Bang.

Fins brings the colorful bird to hand and I slip it into my vest. That feeling never fades, or at least it hasn’t for me. I don’t take any of this for granted, the opportunity to be out here, the life that just ended, and the dog that made it possible.

The sequence repeats itself once more for us as the day faded, and we let a few go for next year. We trudge back to the car as the sun sets behind a veil of clouds and the temperatures begin their forecasted drop.

Back at home I walk in the entry way, and Fins runs up the stairs to greet “Dad.” “Any luck?” my husband asks. I smile the same giddy smile and he rolls his eyes and says to Fins, “You got some birds, huh?”

As the year and season come to a close, I hope you had happy holidays and a bountiful 2021 in more ways than one. I hope you found solace in the outdoors, I hope you shared unforgettable memories with others, and I hope you took the time to thank those who made it all possible. Here’s to taking on the challenges that 2022 will likely bring, while still finding time to appreciate all that we do have as North Dakota sportsmen and women. 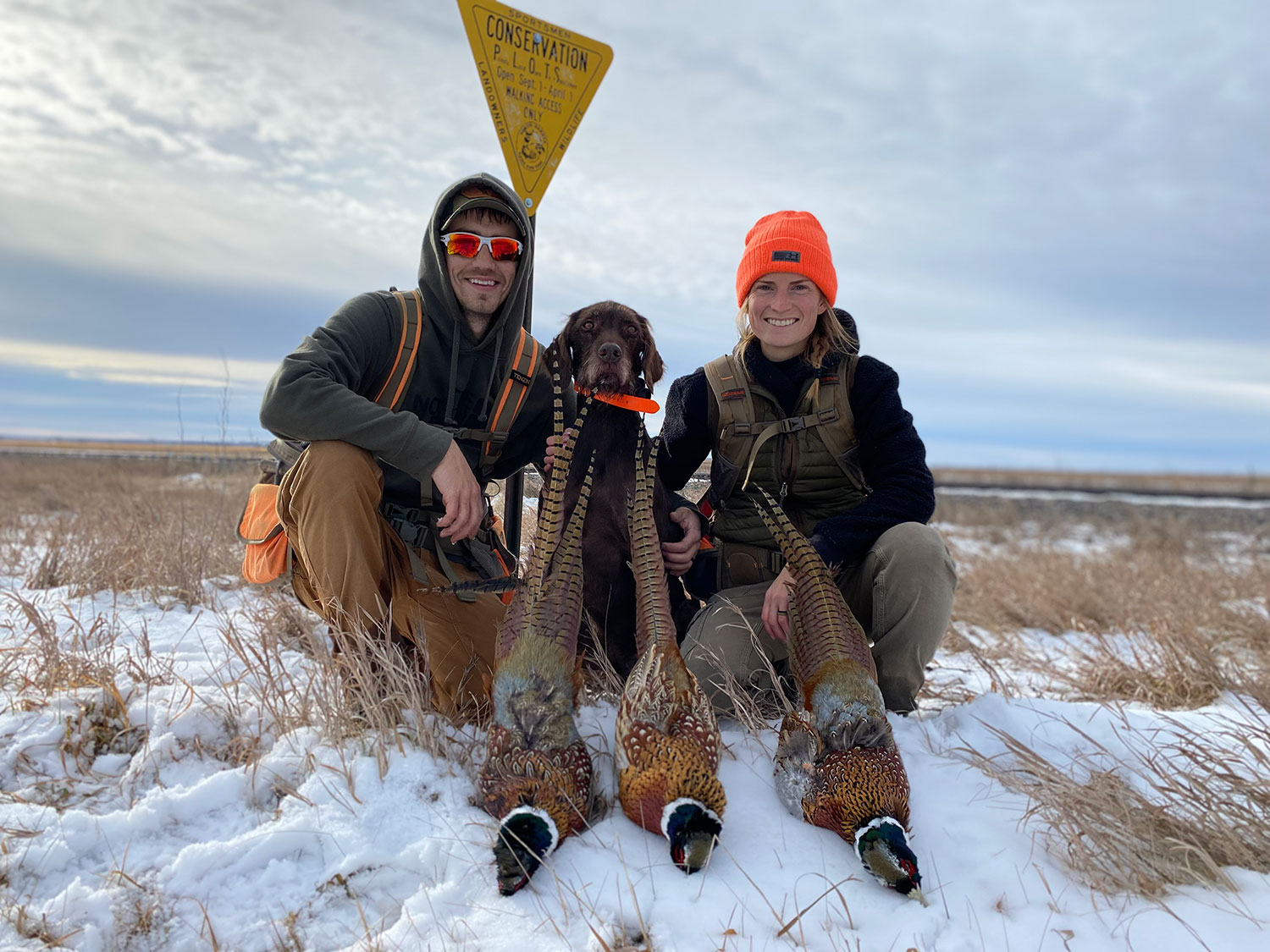