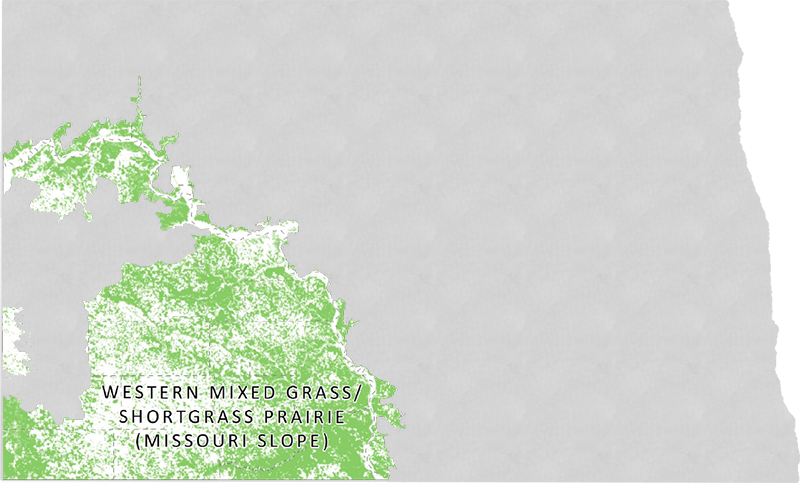 The Badlands of western North Dakota is described as a separate landscape (see Figure 33). The Missouri River System/Breaks is considered by some to be a component of or the boundary between the Missouri Coteau and Missouri Slope, but is described within the Stream, Rivers, and Riparian landscape component (see Figure 24). Shrub-steppe, or prairie that has a large component of sagebrush, occurs scattered throughout. Land use is predominantly dryland farming of spring and winter wheat, barley, sunflowers and corn, interspersed with cattle grazing. However, landcover classifications indicate there is a considerable amount of native vegetation remaining. The oil and gas industry is expanding in the western portion of this region.