Little Brown Bats are generally associated with buildings which they use as roosts. Roosts are generally near feeding areas where they can access flying insects for food. Hibernacula are generally caves, mines and rock crevices in which the temperature does not fall below freezing and has high humidity. No hibernacula have been identified in the state.

Little Brown Bats are found throughout the state.

Loss and disturbance of roost habitat is a threat to this species.

White-nose Syndrome is a significant threat to this species. North Dakota bat species are insectivores. The use of pesticides in the vicinity of a feeding ground would affect bat populations by killing prey. Also, bat species are known to store pesticides within fat reserves. Wind turbines have been identified as a source of mortality to bats and several turbine “farms” are under construction in parts of North Dakota. Indiscriminate killing due to a negative public perception has been identified as a possible threat to this species.

The Little Brown Bat was added to the Species of Conservation Priority list during the revision of the Wildlife Action Plan in 2015. Although currently secure in North Dakota, White-nose Syndrome threatens this species in much of its eastern range. 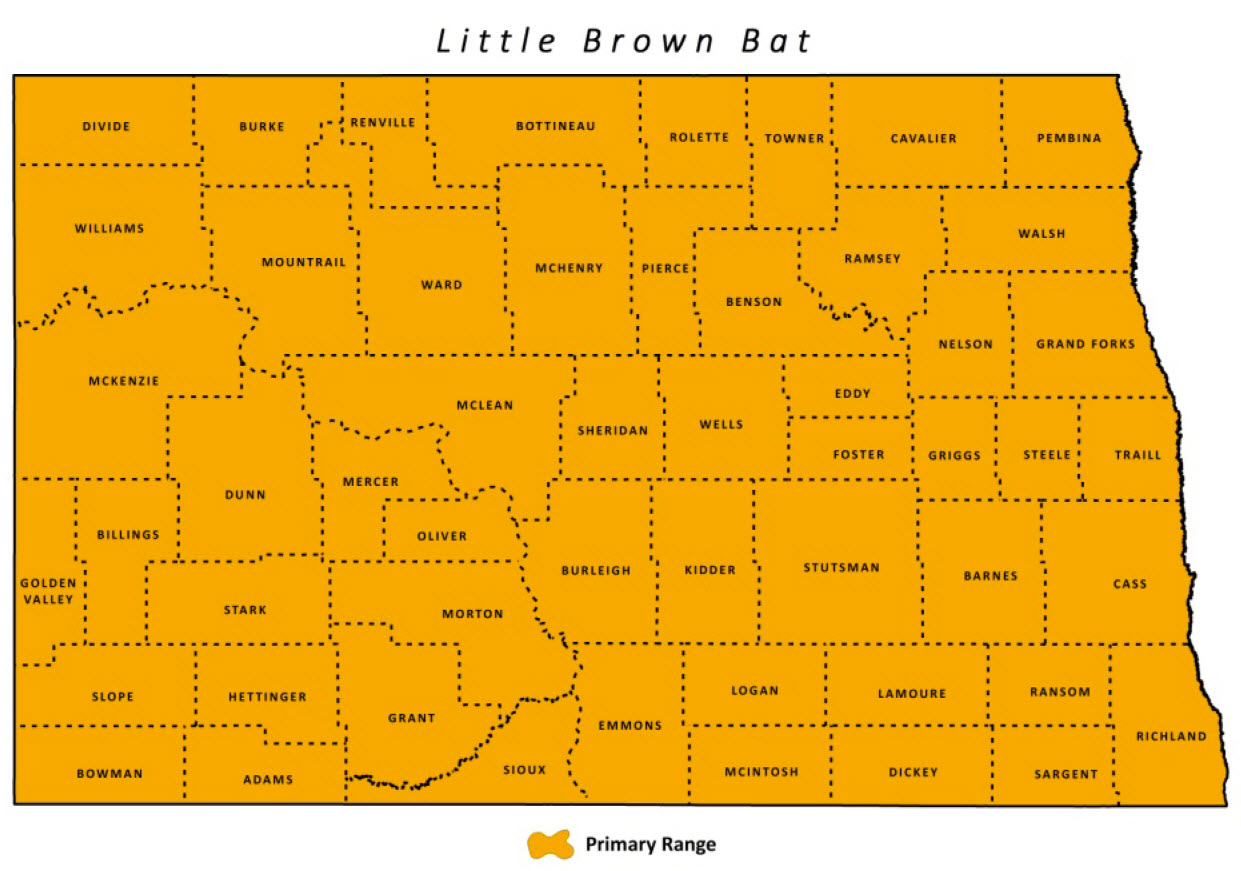