This species is found mostly in close relation to conifer stands. Uses tree snags, crevices, buildings and cliffs for roosting.

Key Areas and Conditions for Long-legged Bat in North Dakota

The ponderosa pine area of the badlands has been identified as a key area for the long-legged bat. This species has also been documented along the Missouri River in Central North Dakota.

Long-legged bat and other bats in North Dakota are insectivores. Pesticides used in the vicinity of feeding grounds would affect bat populations by killing prey. Also, bats are known to store pesticides within fat reserves. Loss of water sources for drinking is also a potential threat. When natural water sources are dry, bats may resort to drinking from stock tanks. These can be potential bat traps. Wind turbines have been identified as a source of mortality to bats and several turbine “farms” are under construction in parts of North Dakota. Indiscriminate killing due to a negative public perception has been identified as a possible threat to this species.

The Long-legged bat maintains its Level III Species of Conservation Priority ranking due to its fringe species status. SWG T2-5-R Distribution and Habitat Use of the Bats of North Dakota increased the information known for this species including a range expansion. Continued work is need to address threats to this species and implementation of a monitoring plan. 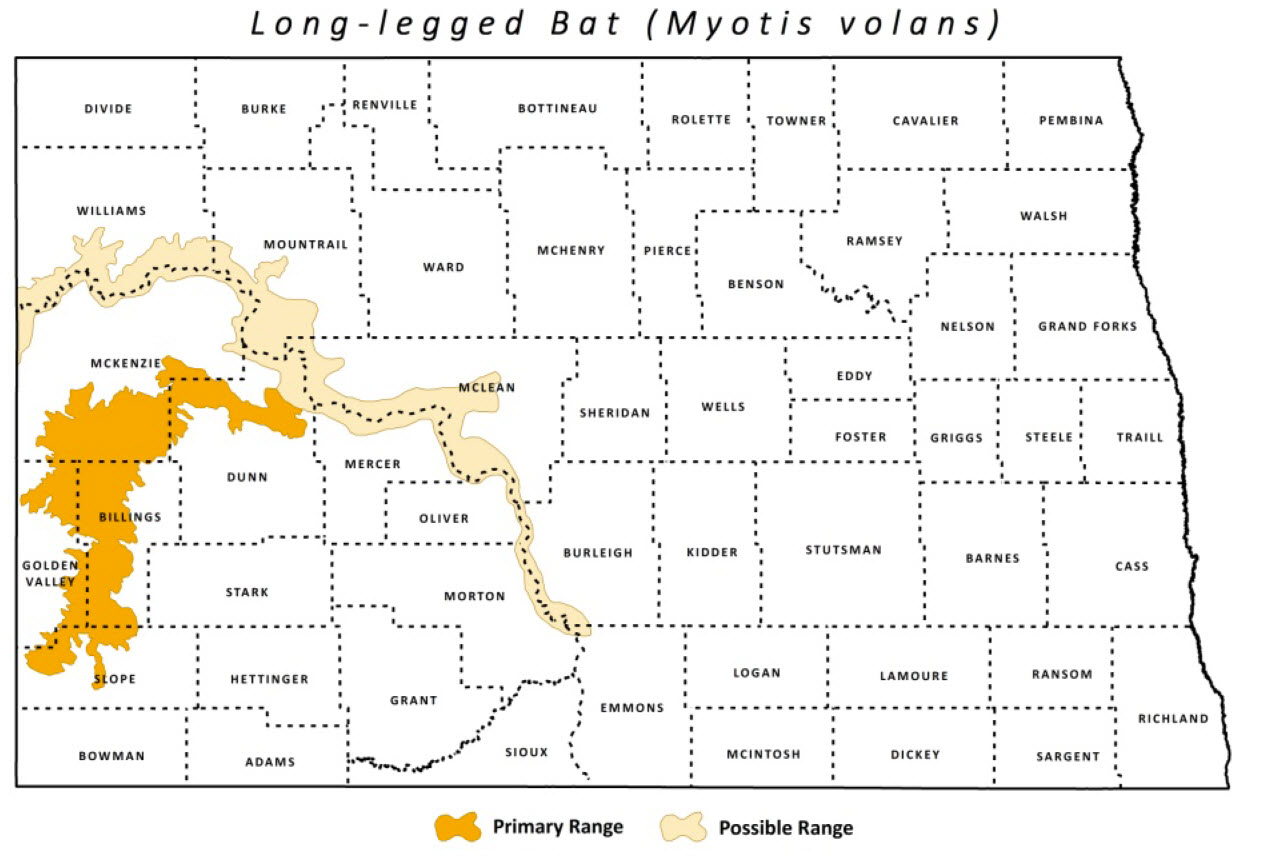