Prefers wooded habitat. Generally roosts in trees under loose bark or within holes. Hibernates within caves and mine shafts.

This species has only been identified in a few locations in North Dakota. It has been documented in forested habitat in the Turtle Mountains, and the riparian corridors of the Little Missouri and Missouri rivers.

Northern Long-eared Bat and other bats in North Dakota are insectivores. Pesticides used in the vicinity of feeding grounds would affect bat populations by killing prey. Also, bats are known to store pesticides within fat reserves. Loss of water sources for drinking is also a potential threat. When natural water sources are dry, bats may resort to drinking from stock tanks. These can be potential bat traps. Wind turbines have been identified as a source of mortality to bats and several turbine “farms” are under construction in parts of North Dakota. Indiscriminate killing due to a negative public perception has been identified as a possible threat to this species.

The Northern Long-eared Bat was added to the Species of Conservation Priority list during the revision of the Wildlife Action Plan in 2015. Listed as Threatened by the USFWS in April of 2015. Rare to North Dakota, Whitenose Syndrome threatens this species in much of its eastern range. 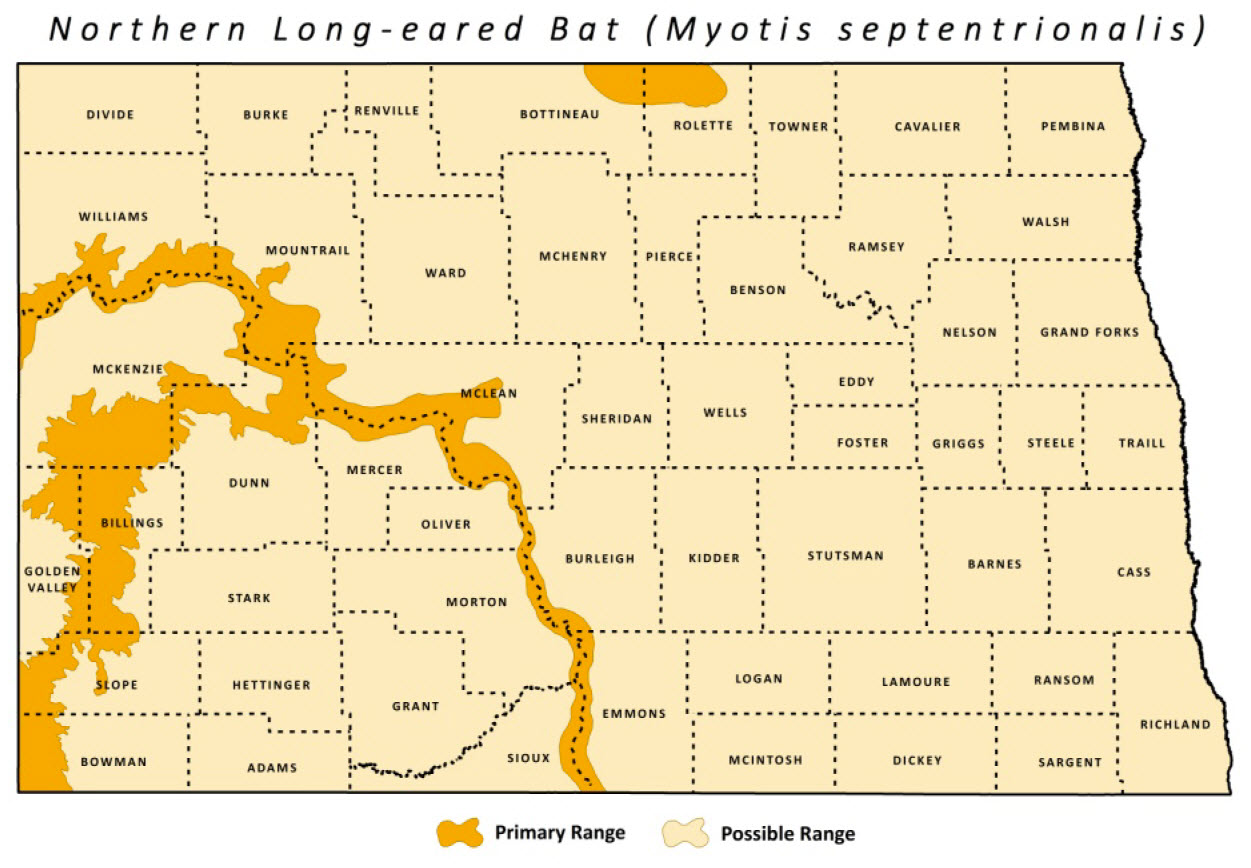 For more information about the northern long-eared bat see the USFWS website.