Habitat generalist, but mostly commonly associated with forest and riparian areas in the summer months. Winter hibernacula include caves and mines throughout its range. A hibernacula has not been documented to date in North Dakota.

In North Dakota Townsend’s Big-eared Bats are found within the badlands of the Little Missouri River. Also recently they have been documented in the Turtle Mountains region of the state.

This and other bat species in the state rely on caves and crevices for hibernacula and maternal grounds. These sites are susceptible to human and other types of disturbance. Frequent disturbance may cause females to drop young in the rearing process or abandon the area. Loss and disturbance of roost habitat is a primary threat.

Townsend’s Big-eared Bat and other bats in North Dakota are insectivores. Pesticides used in the vicinity of feeding grounds would affect bat populations by killing prey. Also, bats are known to store pesticides within fat reserves. Loss of water sources for drinking is also a potential threat. When natural water sources are dry, bats may resort to drinking from stock tanks. These can be potential bat traps. Wind turbines have been identified as a source of mortality to bats and several turbine “farms” are under construction in parts of North Dakota. Indiscriminate killing due to a negative public perception has been identified as a possible threat to this species. Loss of genetic diversity due to non-connectivity of populations.

Townsend’s Big-eared Bat was added to the Species of Conservation Priority list during the revision of the Wildlife Action Plan in 2015. It is a state species of concern in many western states. SWG T2- 5-R Distribution and Habitat Use of the Bats of North Dakota documented Townsend’s Big-eared Bats including a potential range expansion. 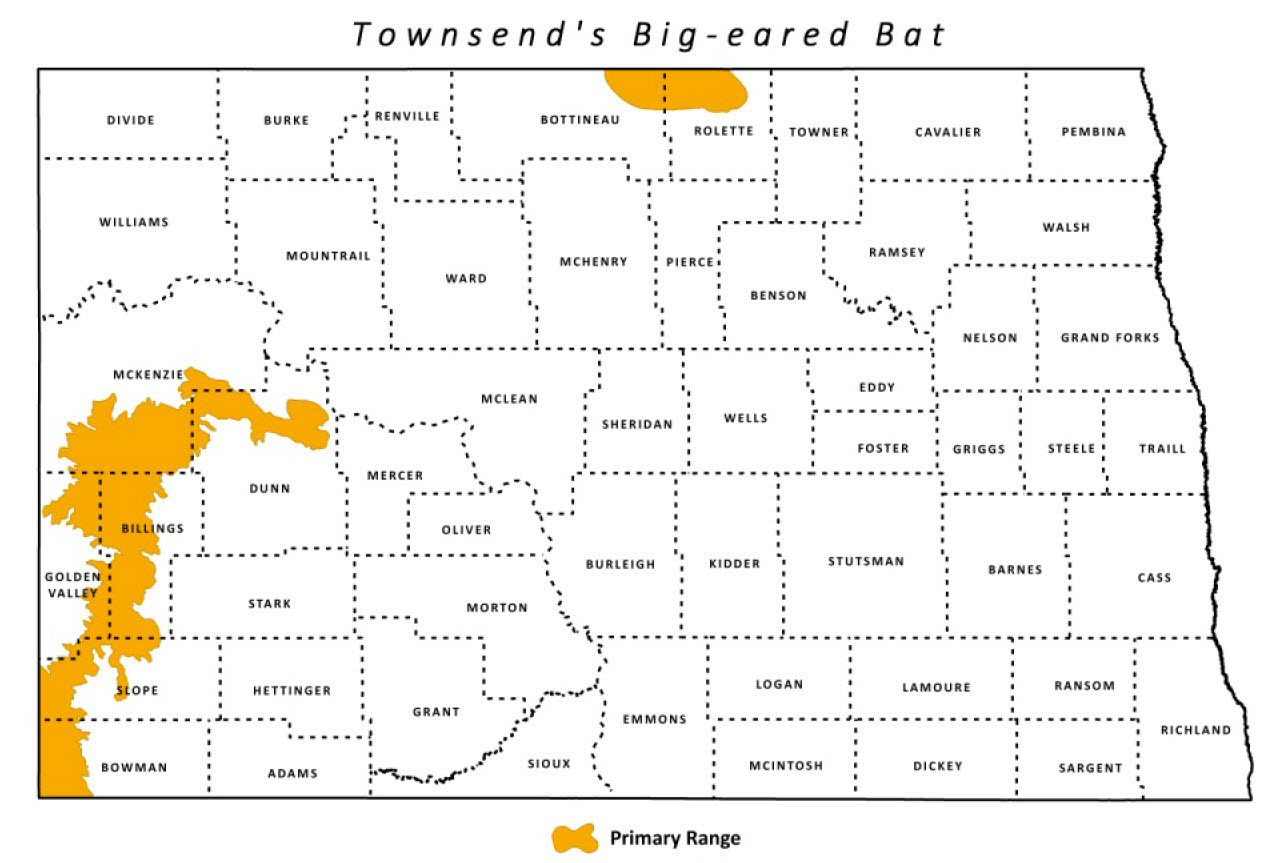