The Little Missouri National Grasslands and the Standing Rock reservation may be suitable areas if Black-tailed Prairie Dog populations were to expand.

Poisoning of Black-tailed Prairie Dog colonies has resulted in loss of population. Poisoning is legal on private land in North Dakota. Many types of poisons are used, but zinc phosphide and Rosal are the most common. Conversion of rangeland for agricultural uses is decreasing Black-tailed Prairie Dog acres within the state, which in turn reduces potential Black-footed Ferret habitat.

Potential sites for Black-tailed Prairie Dog expansion need to be identified before ferret reintroduction can be considered.

The Black-footed Ferret continues to be a Level I Species of Conservation Priority. It is still considered extirpated from the state. Reintroductions in neighboring states may provide a conduit for re-colonization outside of reintroduction. 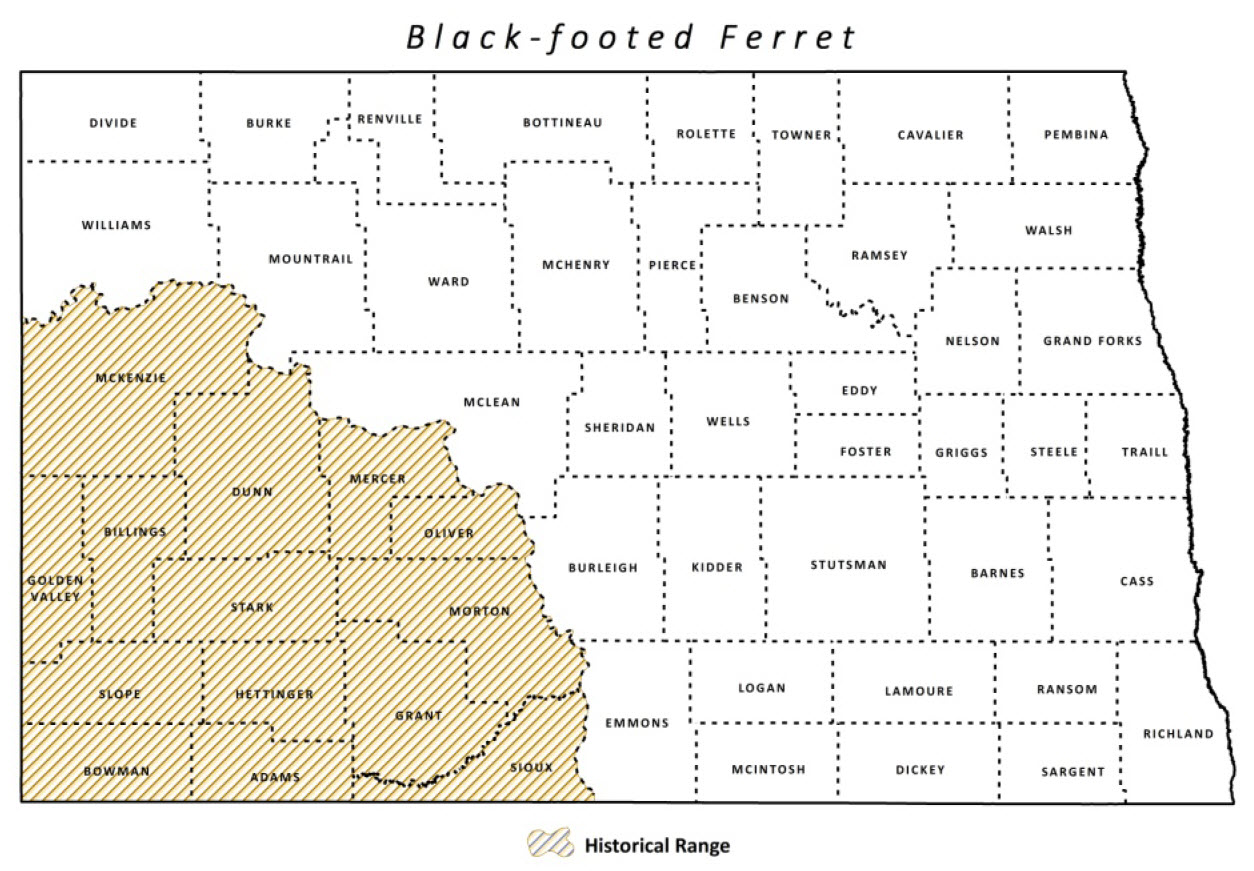