Key Areas and Conditions for Gray Fox in North Dakota

Uncommon in the state but records of sightings are found in most counties in the eastern 2/3rds of the state. Riparian areas of the Red, James, Sheyenne, and Missouri rivers would be potentially key areas for the Gray Fox.

Loss of riparian areas is a concern for Gray Fox. It uses these areas to hunt, and also dens in logs and brush piles. Conversion of grassland/shrub habitats to other land uses.

No other problems have been identified.

No additional research needs have been identified.

The Gray Fox was added to the Species of Conservation Priority list in the 2015 revision of the Wildlife Action Plan due to its potential listing under the Endangered Species Act. Although uncommon its range does include eastern North Dakota. 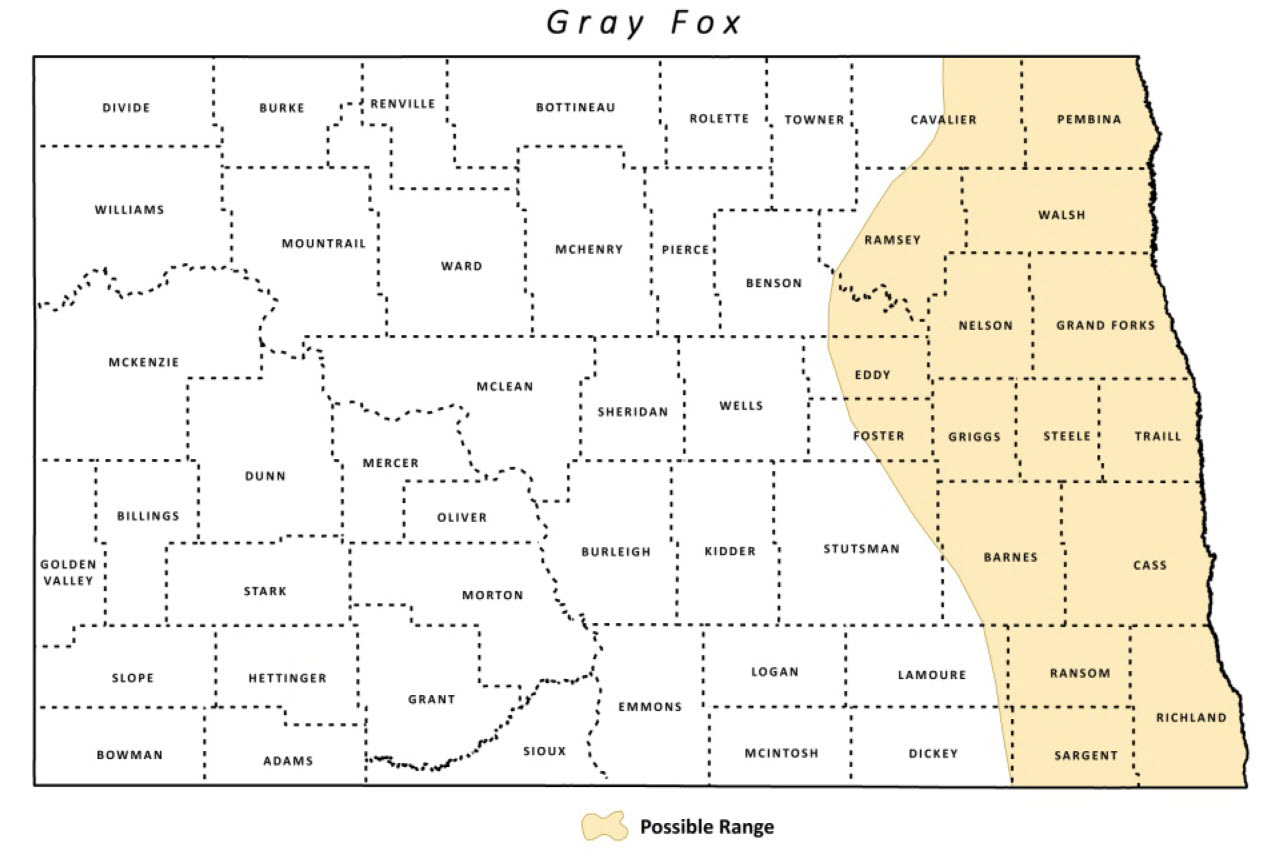