In prairie habitats this species can be found in wooded riparian areas or vegetation and fence rows along agricultural fields. Found hunting small mammals, reptiles, and amphibians at night in crop fields.

No specific focus areas have been identified. Was not documented in recent meso-carnivore surveys so its presence in North Dakota is unclear.

Loss of riparian areas is a major concern for Eastern Spotted Skunk. It uses these areas to hunt, and also dens in logs and brush piles.

In other parts of its range, automobile collisions and poisoning are known threats to this species.

No monitoring plan has been developed for this species.

The Eastern Spotted Skunk remains a Level III Species of Conservation Priority. Efforts to document the species in SWG T-12-R Evaluating the Distribution and Abundance of River Otters and Other Meso-carnivores in Eastern North Dakota Drainage: Applications of GIS, Genetic and Digital Technologies for Conservation Planning were unsuccessful. It has recently been petitioned for protection under the Endangered Species Act and North Dakota is considered within its range. 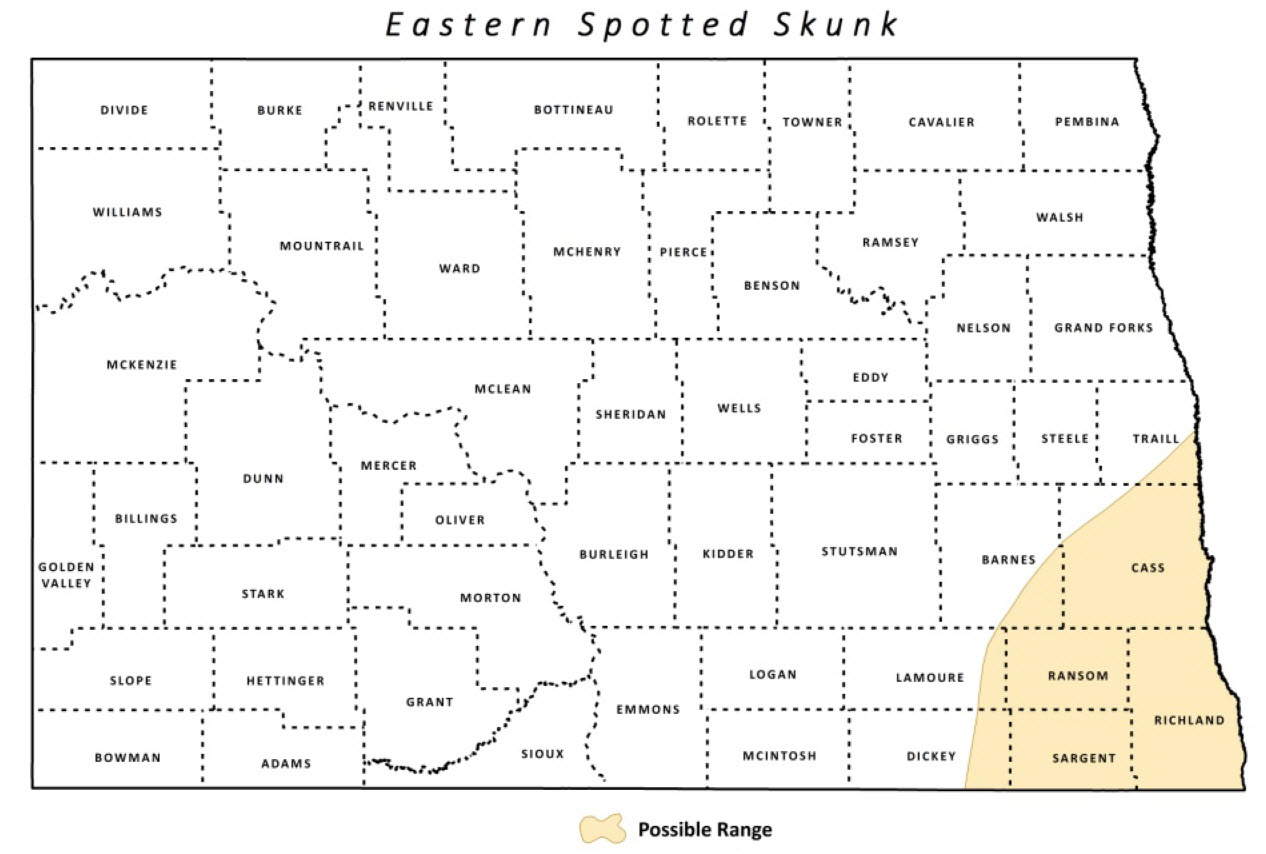