Found statewide at one time with the exception of the eastern tallgrass prairies. A majority of Swift Foxes were found in the shortgrass prairies of southwestern North Dakota. Swift Foxes prefer large tracts of native prairie, usually grazed, but will select dens sites near agricultural fields and human development.

Key Areas and Conditions for Swift Fox in North Dakota

Loss of suitable native short and mixed-grass prairie due to conversion to agricultural and development provide the largest threat to re-establishing populations.

High red fox and coyote populations threaten Swift Fox populations due to predation. Distance to breeding populations in South Dakota and Montana is a threat to natural repopulation of suitable habitat in North Dakota.

No monitoring plan currently in place. The North Dakota Game and Fish will begin surveys of potential habitat to monitor species re-establishment in the state.

The Swift Fox maintains a level II ranking. Re-introductions into Montana and South Dakota appear to have paved the way for natural re-establishment of the species in extreme southwestern North Dakota. An effort to monitor that re-establishment will begin in the summer of 2015. 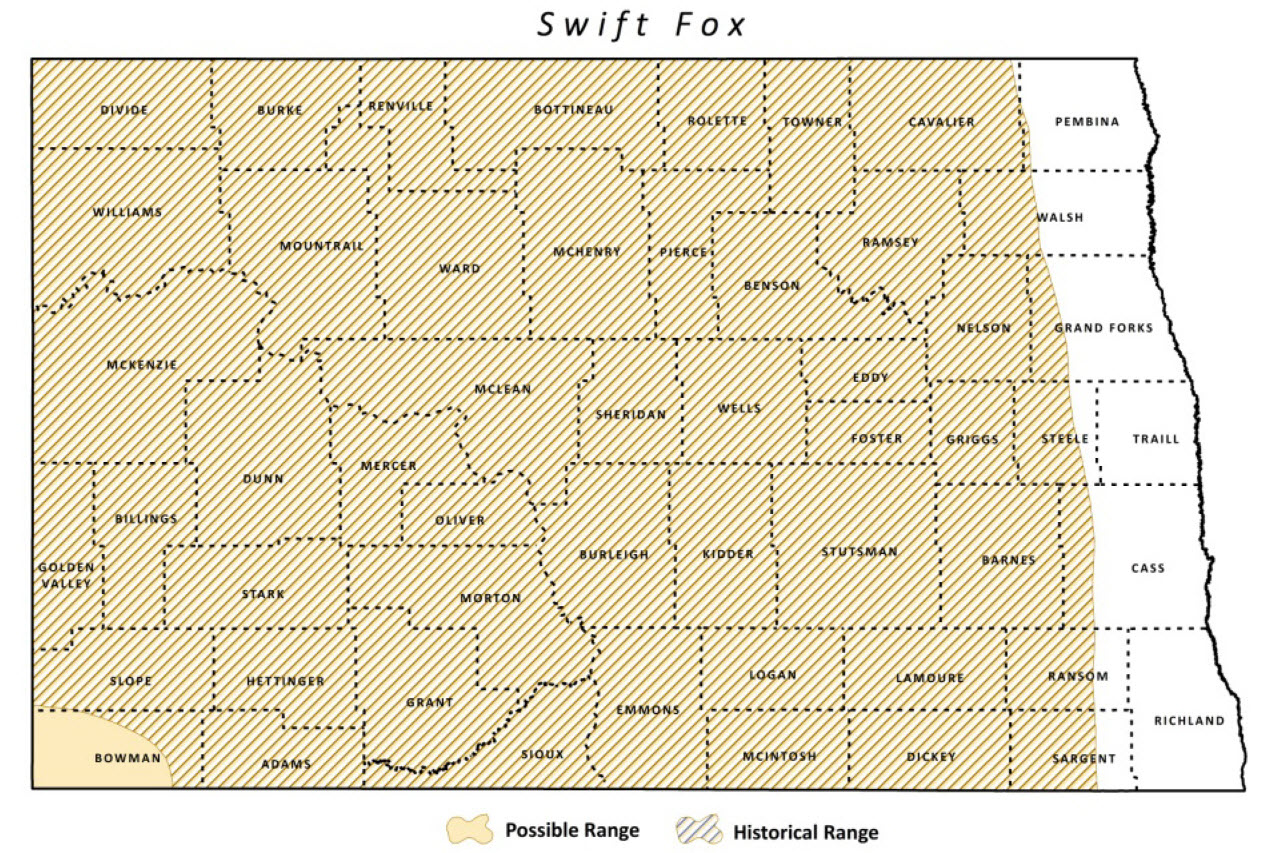