Prefer slow turbid water such as is present in the upper Missouri and Yellowstone rivers in North Dakota. Found mainly within the main channel of these systems. Prefer water with a turbidity of less than 250 NTU (nephelometric turbidity unit). They can be found at most depths within this habitat, but prefer depths less than 1 meter with water temperatures in the range of 18°C to 22°C.

Populations occur in the Little Missouri, Yellowstone and upper Missouri rivers near the confluence. Many Missouri River tributaries such as the Knife, Heart and Cannonball rivers hold populations, although recent surveys have not documented them.

The loss of habitat caused by a change in the riverine regime is the largest problem affecting this species. Historically, Flathead Chub were present throughout the entire Missouri River System. The construction of dams and channelization has largely changed the river system. Dams have reduced the sediment load, in turn lowering turbidity. The release of cold water from impoundments has lowered the overall temperature of the system, making much of the Missouri River too cold for Flathead Chub. Dams have fragment populations by restricting movement. Flathead Chub now only occur in those areas that maintain qualities of the pre-impoundment system.

No monitoring plan has been identified for this species. The North Dakota Department of Health conducts Index of Biotic Integrity (IBI) surveys for all of North Dakota’s watersheds. This will document all species encountered.

The Flathead Chub maintains its Level II Species of Conservation Priority. The most recent survey of western stream fish did not document the flathead. Sites within their range need to be revisited to evaluate their status in the state. 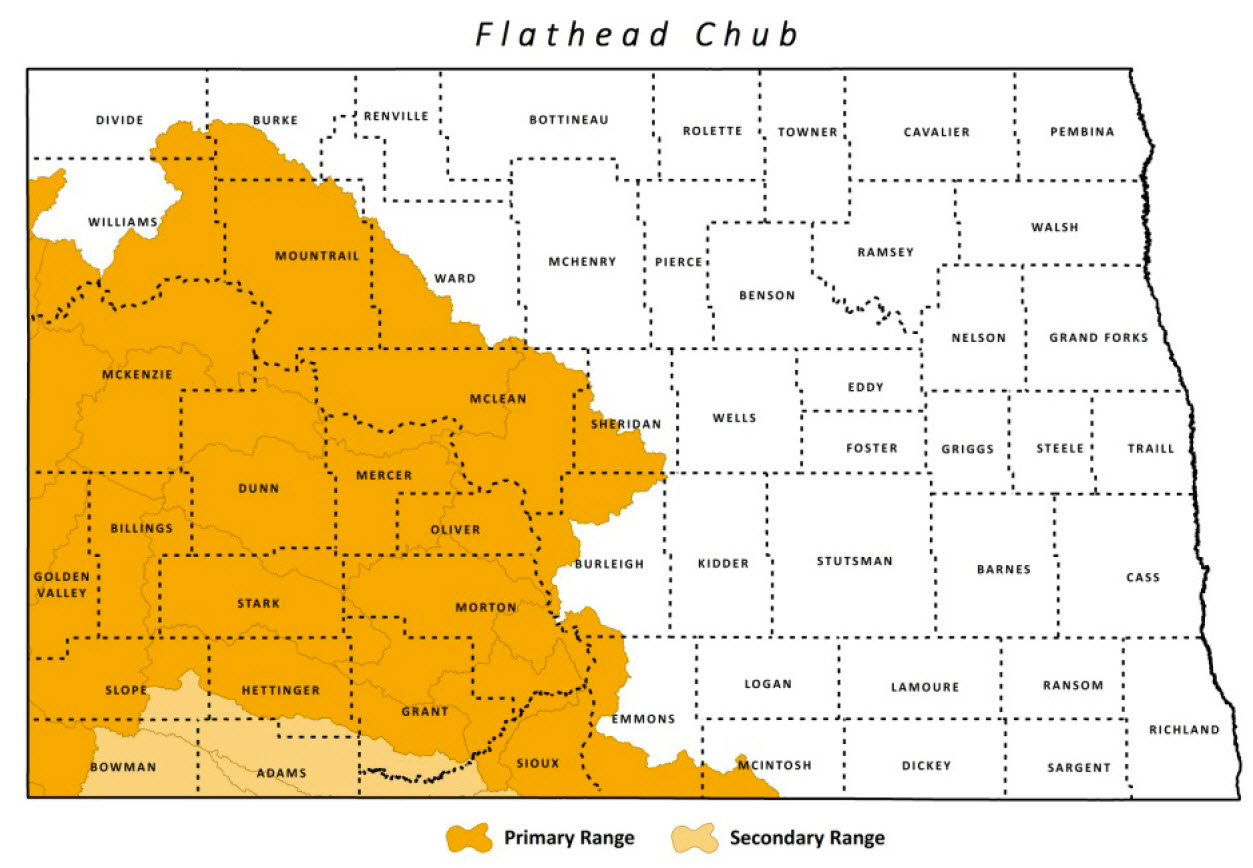