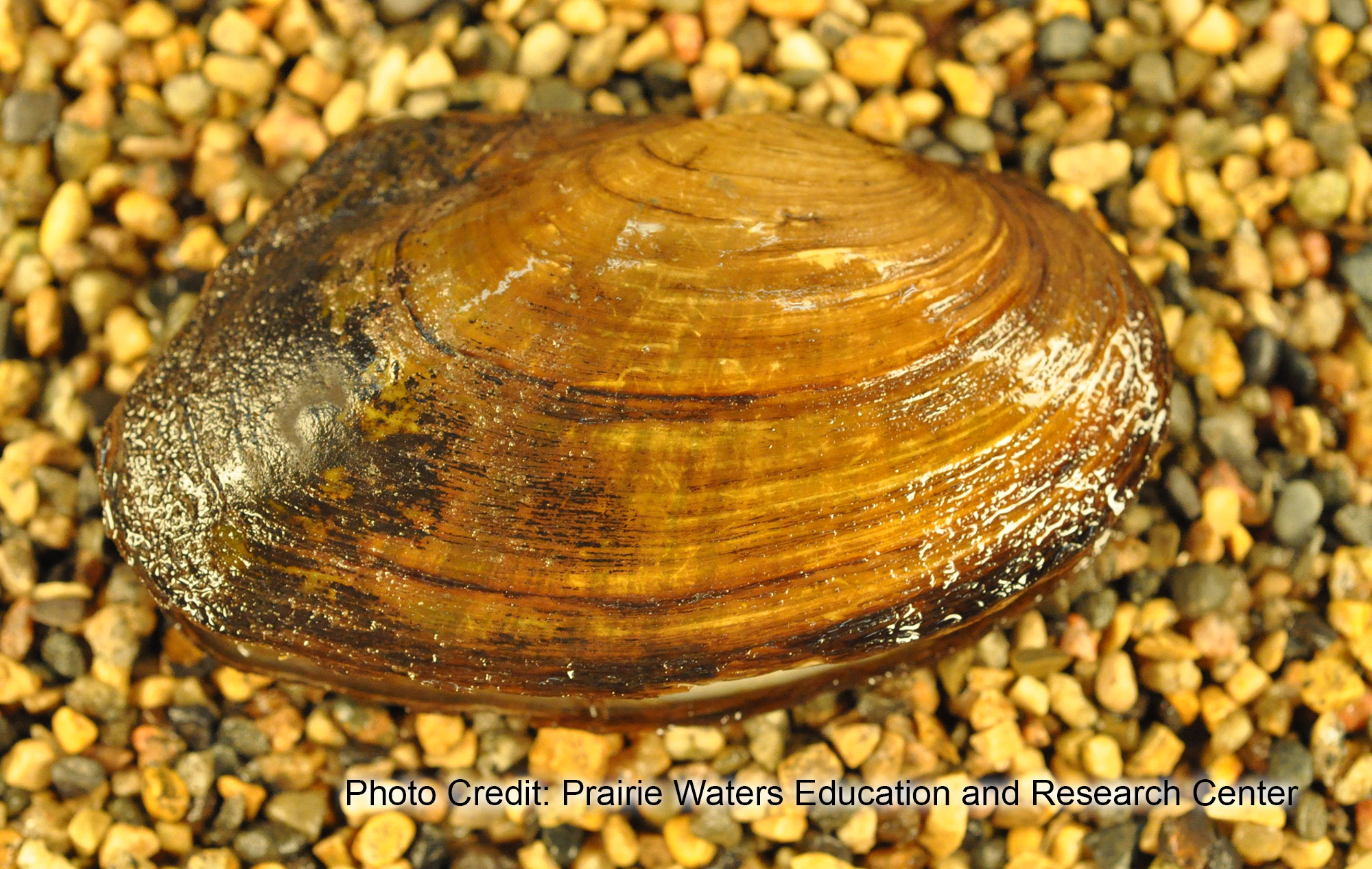 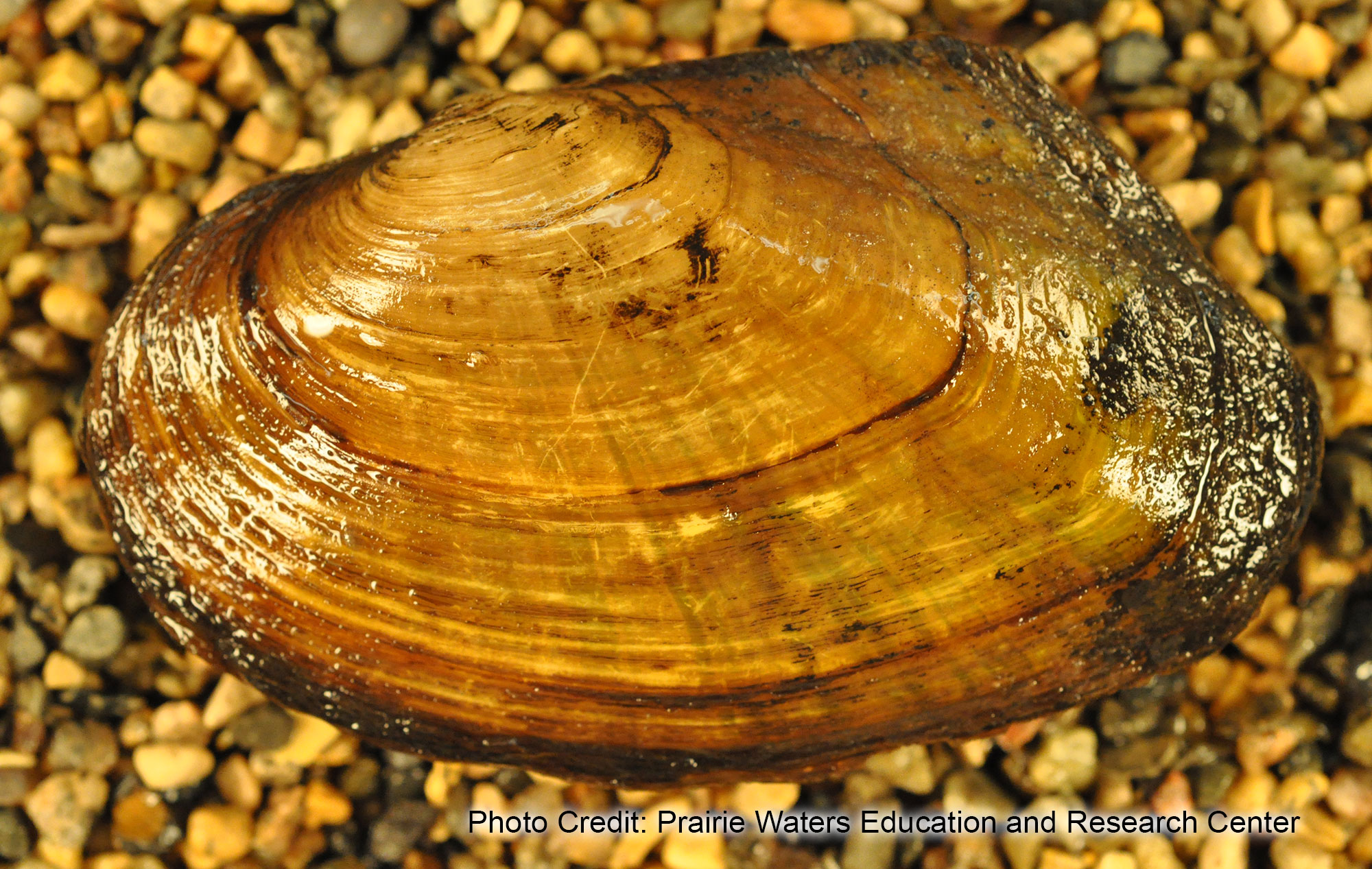 Found in headwaters of small and medium-sized streams.

Key Areas and Conditions for Creek Heelspliter in North Dakota

The Creek Heelspliter is found most frequently in the Wintering River. It is also found in the Pembina, Forest, and Sheyenne rivers.

Impoundment of the Red River and its tributaries have changed the flow regime and increased sediment deposits making many areas in the river unsuitable to the Creek Heelspliter. Impoundments also block host fish movement necessary for this species’ reproduction and dispersal. Agricultural practices within the basin have reduced suitable habitat in the river. Runoff from treated fields into the river decreases water quality. Ditches used to drain wetlands contribute agricultural run-off and sedimentation to the Red River and its tributaries.

Upgraded to the a Level I Species of Conservation Priority in the 2015 revision of the Wildlife Action Plan. SWG T- 24-R A Two Phase Population Survey of Mussels in North Dakota Rivers provided important information on the distribution of this species. Work to implement a monitoring protocol for mussels species will is a goal of the revised Wildlife Action Plan. 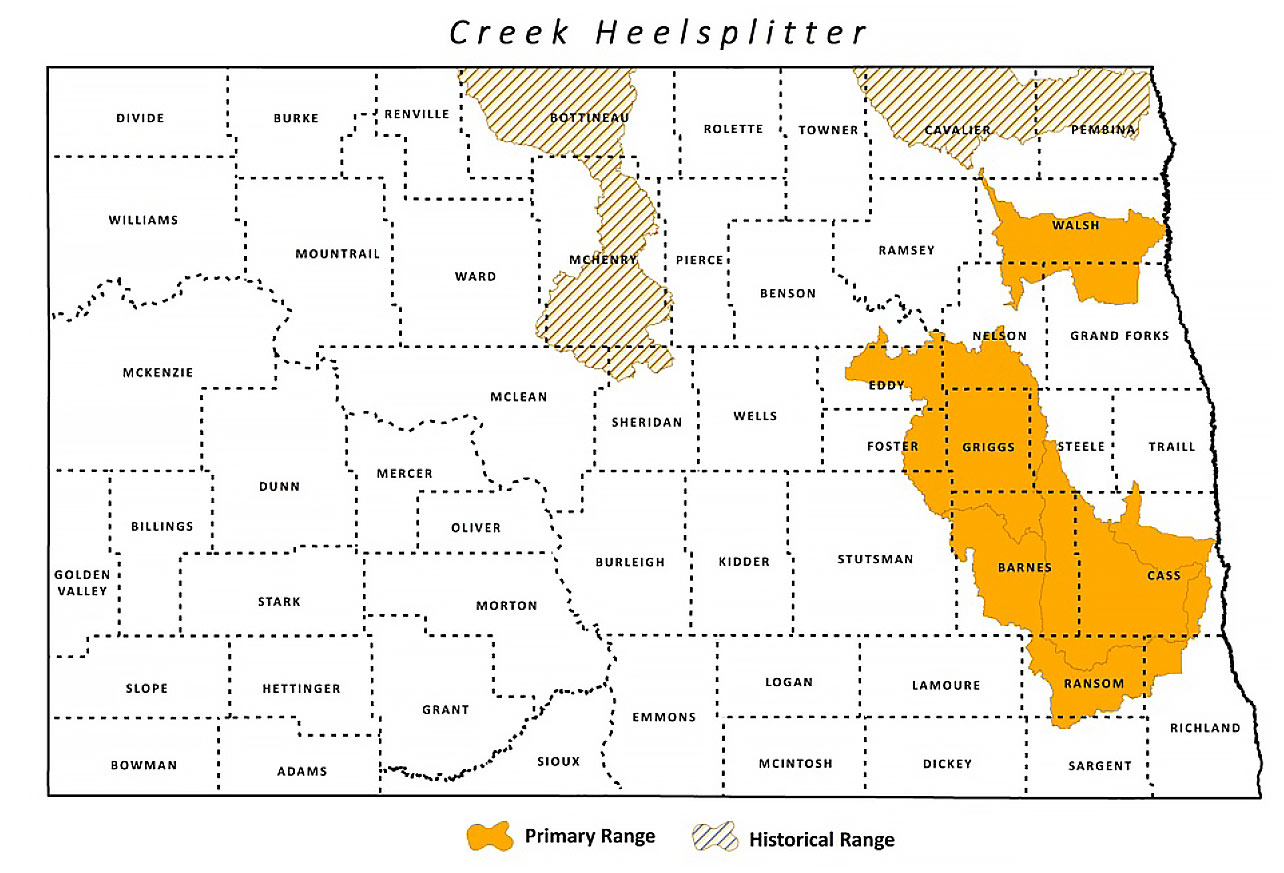