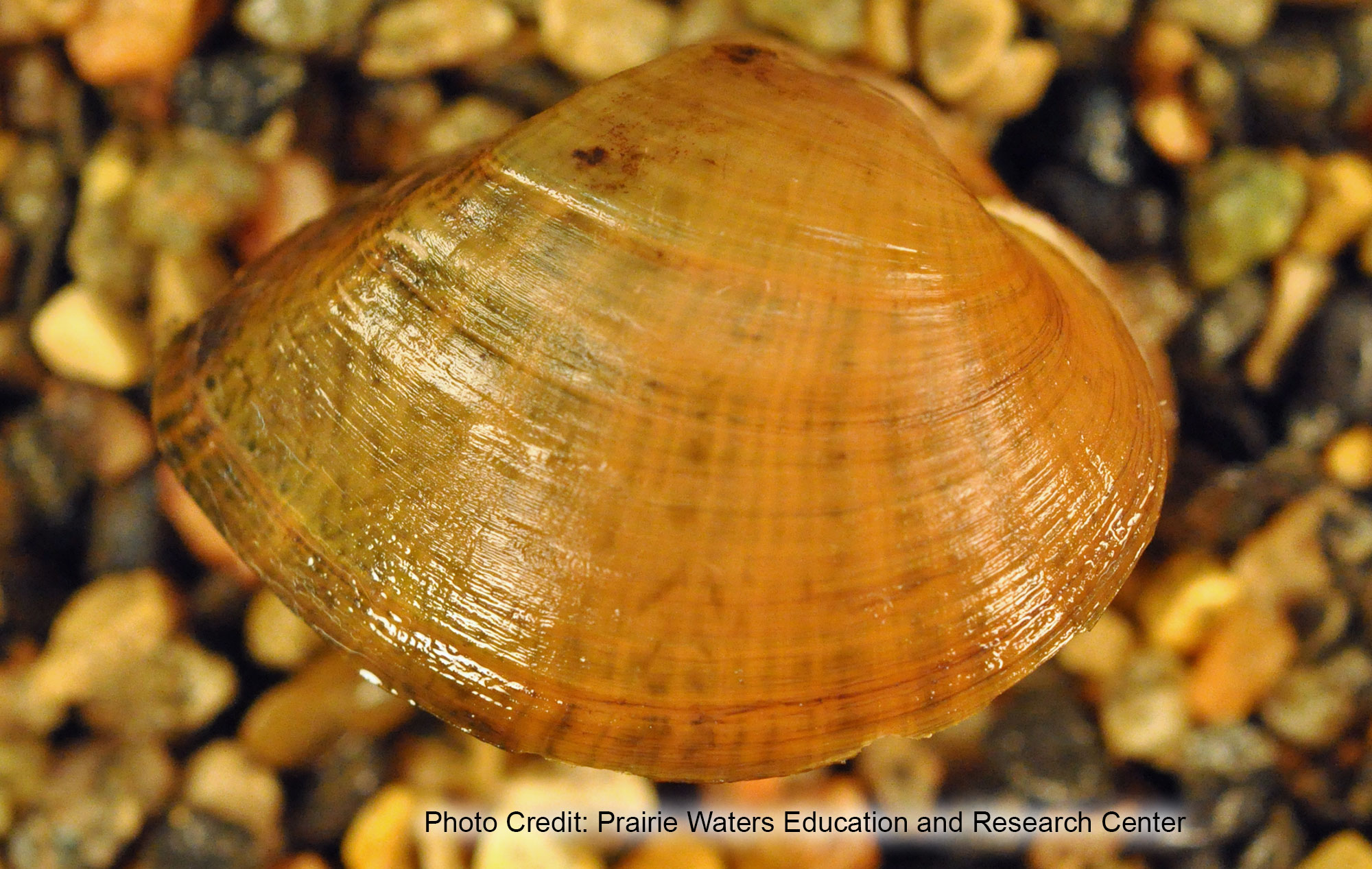 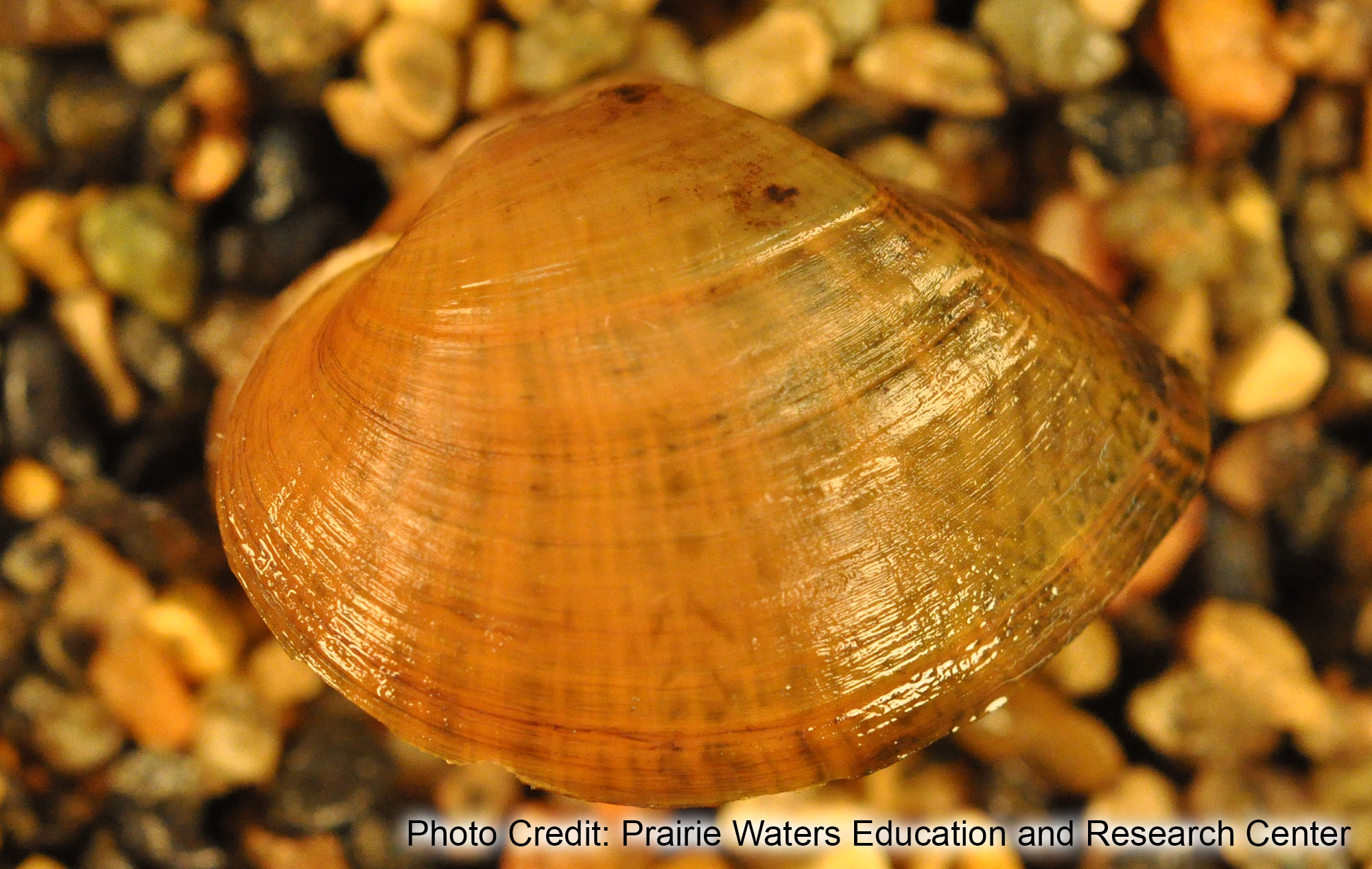 The Deertoe is found in medium to large rivers with mud, sand or gravel bottoms.

Key Areas and Conditions for Deertoe in North Dakota

Deertoe are found throughout the Mississippi and Missouri river systems nationally. In North Dakota the Deertoe is currently found only in the James River in North Dakota.

Impoundment of the James River has changed the historic flow regime of the river. It has also blocked movements of fish species and in turn mussel species. Land use practices on surrounding lands have also impacted the river negatively. Chemical run-off and sedimentation contribute to deteriorated water quality.

No other threats have yet been identified for this species.

Added as a Level III Species of Conservation Priority in the 2015 revision of the Wildlife Action Plan. SWG T-24-R A Two Phase Population Survey of Mussels in North Dakota Rivers provided important information on the distribution of this species. Work to implement a monitoring protocol for mussels species will is a goal of the revised Wildlife Action Plan. 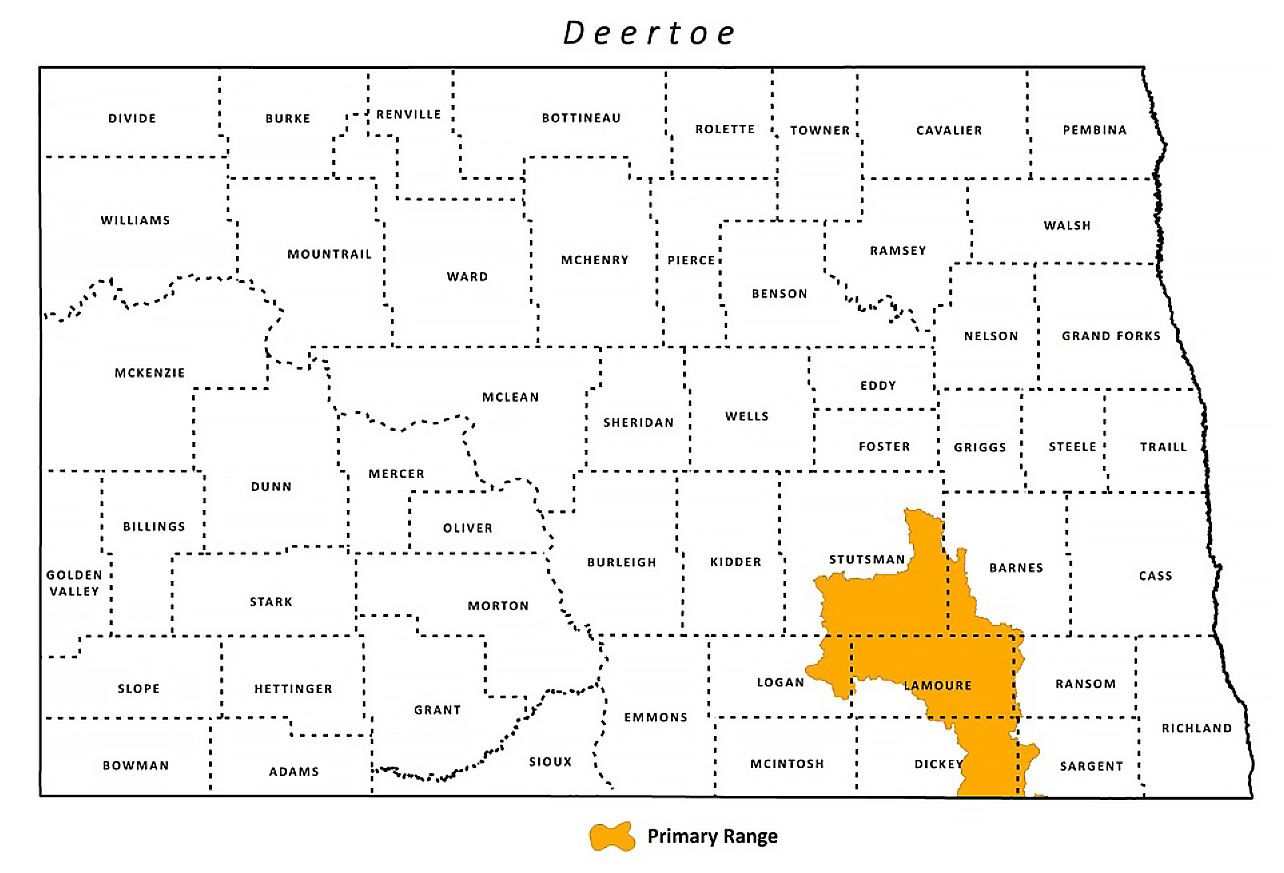