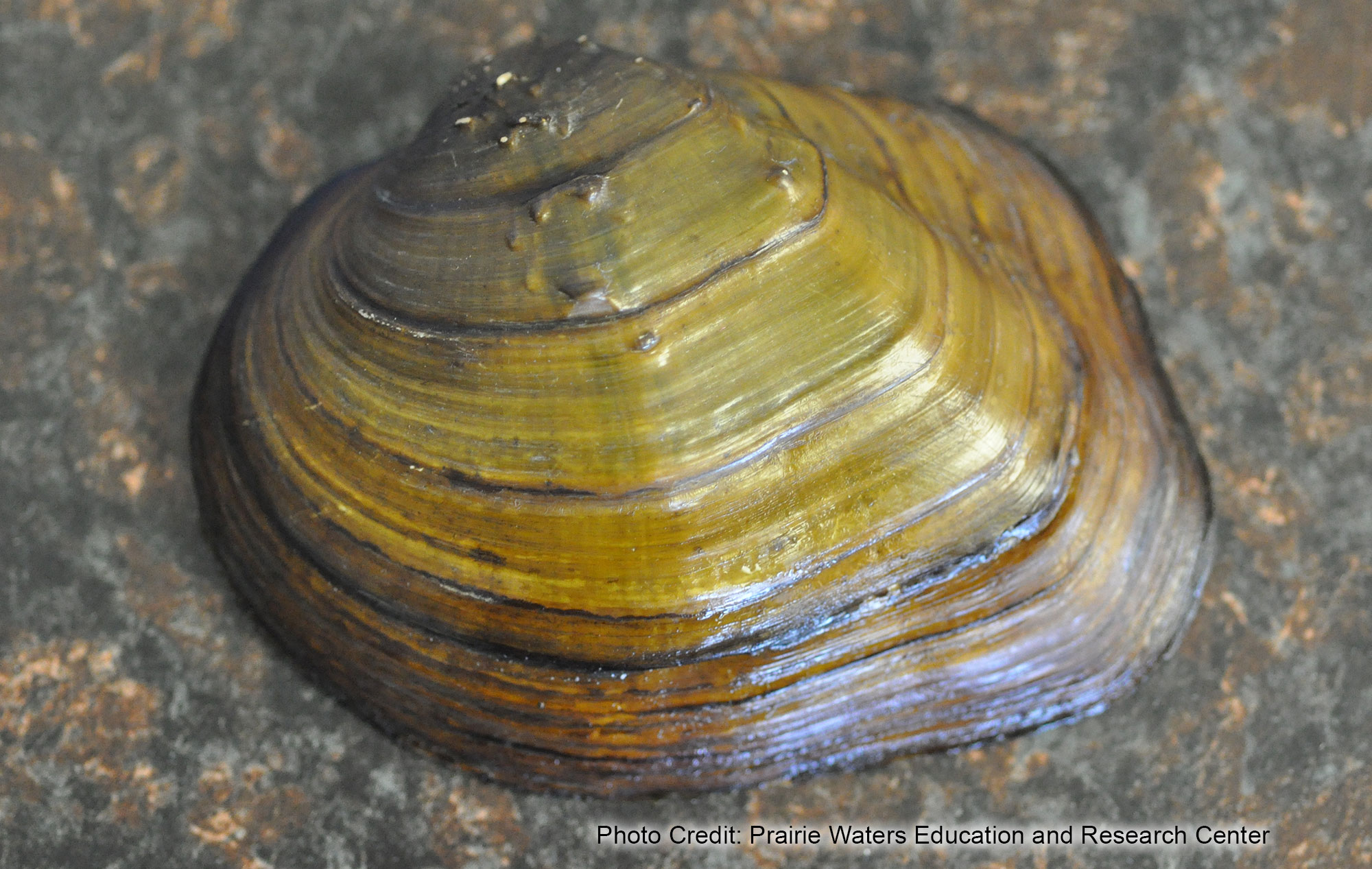 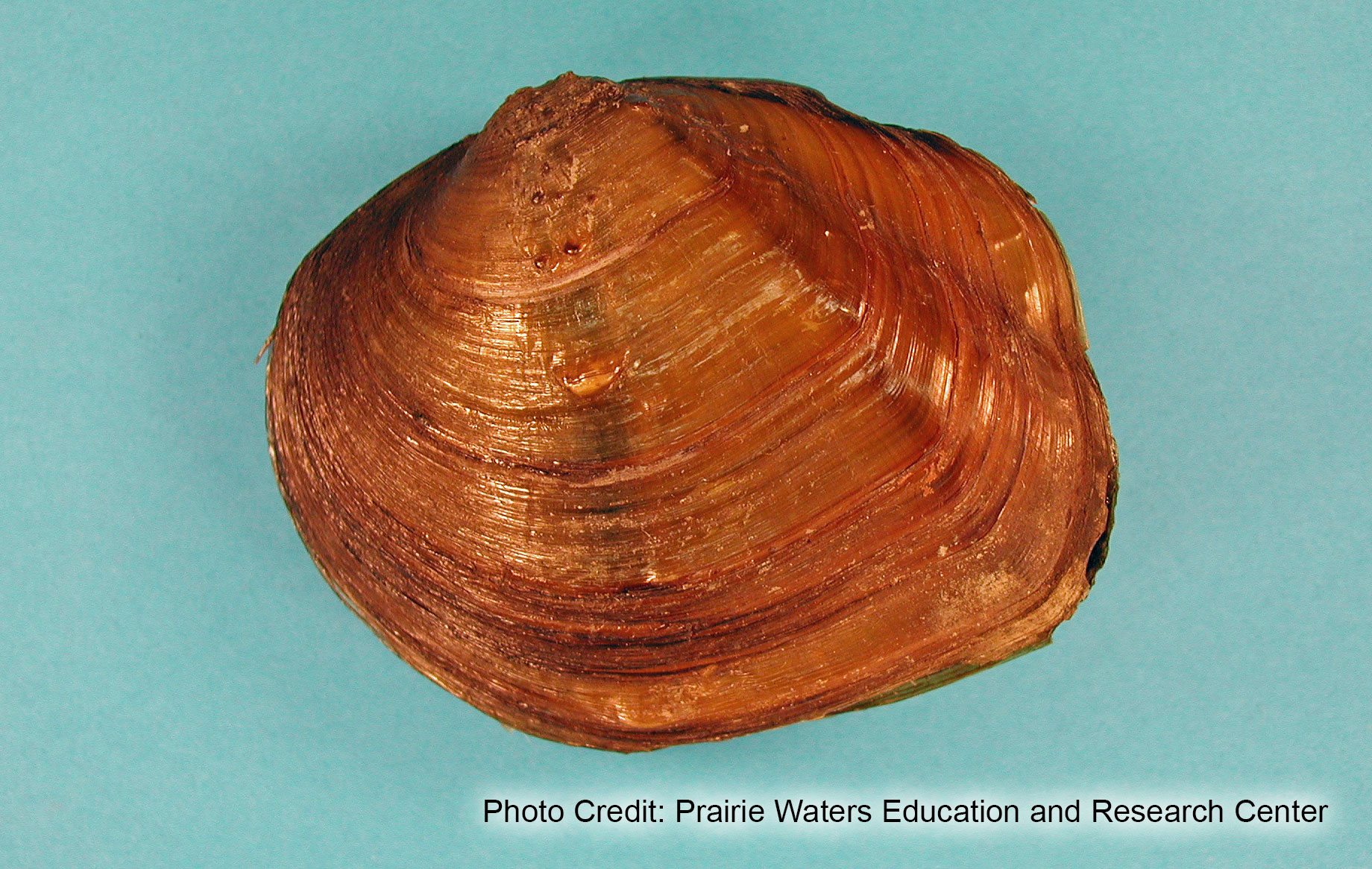 The Mapleleaf is found in medium to large rivers with gravel or mud bottoms. Usually associated with deeper water in areas where the channel width is 30-88m wide.

Key Areas and Conditions for Mapleleaf in North Dakota

The Red River is the only place where this species has ever been documented alive. This species may also be found in parts of the Sheyenne River.

Impoundment of the Red River and its tributaries has changed the flow regime and increased sediment deposits making many areas in the river unsuitable to the Mapleleaf. Impoundments also impede the movement of host fish needed for reproduction and dispersal. Agricultural practices within the basin have reduced suitable habitat in the river. Runoff from treated fields into the river decreases water quality. Ditches used to drain wetlands and fields contribute to runoff and sedimentation in the Red River and its tributaries. These practices may contribute to this species’ decline. Freshwater mussels are generally intolerant of pollution.

The Mapleleaf is considered a commercially valuable species. It is presently illegal to collect mussels for commercial use, but this practice may occur in parts of its range. 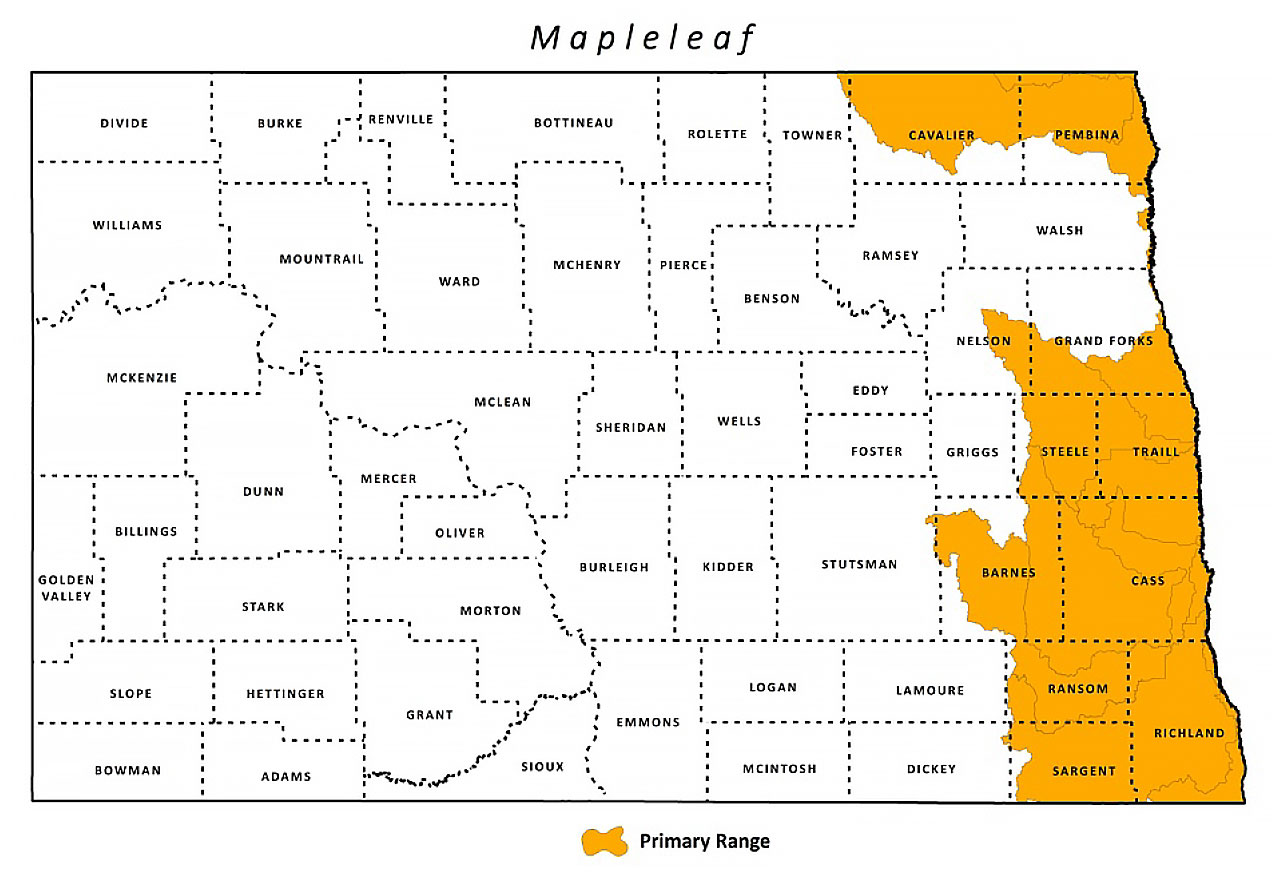