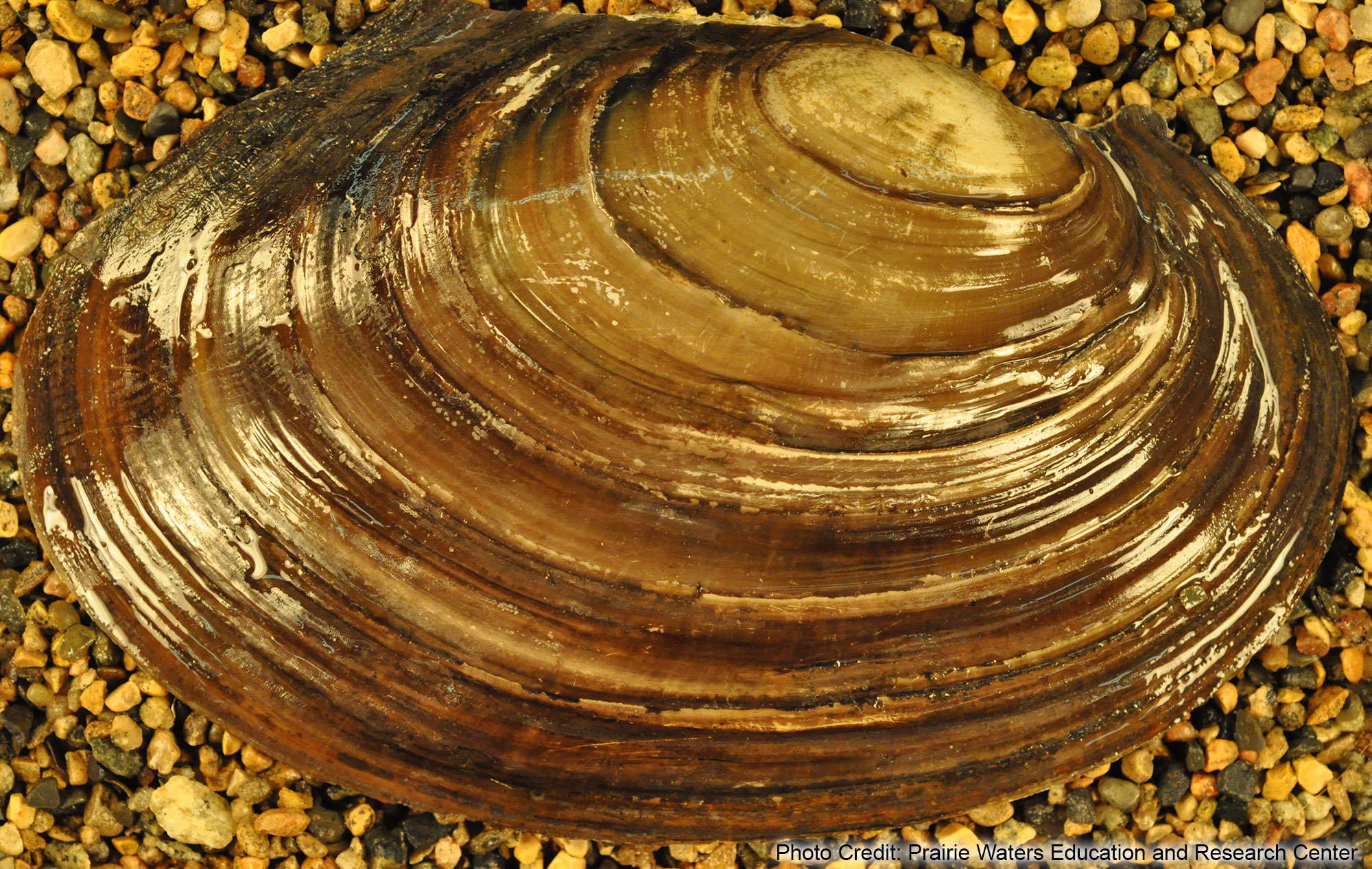 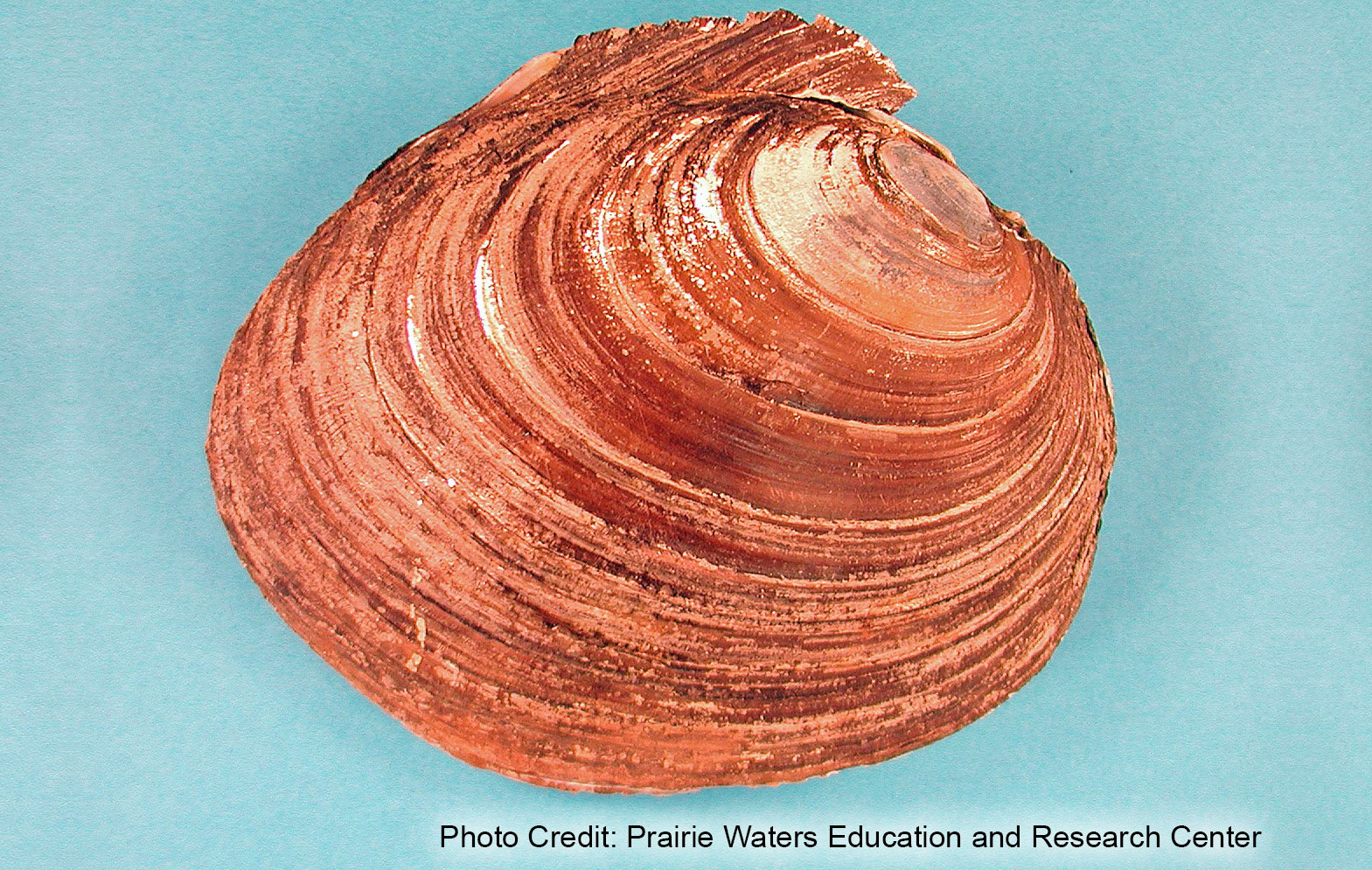 Pink Papershell prefer large river systems, but was collected only from tributaries of the Missouri River with a stream width of 14 to 30m. The substrate of the river is normally mud, sand, or gravel.

Key Areas and Conditions for Pink Papershell in North Dakota

Found only in the lower reaches of the Missouri River and tributaries below Garrison Dam in North Dakota.

Impoundments built on the Missouri River System have changed the flow regime of the river. Water released from the dam is cooler, cleaner, and moving faster. This has changed the historic habitat conditions of the river system.

Impoundments in the system block movement of fish species used by the Pink Papershell as hosts for young. In this case, the most common host is the freshwater drum.

Upgraded to a Level I Species of Conservation Priority in the 2015 revision of the Wildlife Action Plan. SWG T-24-R A Two Phase Population Survey of Mussels in North Dakota Rivers provided important information on the distribution of this species. Work to implement a monitoring protocol for mussels species will is a goal of the revised Wildlife Action Plan. 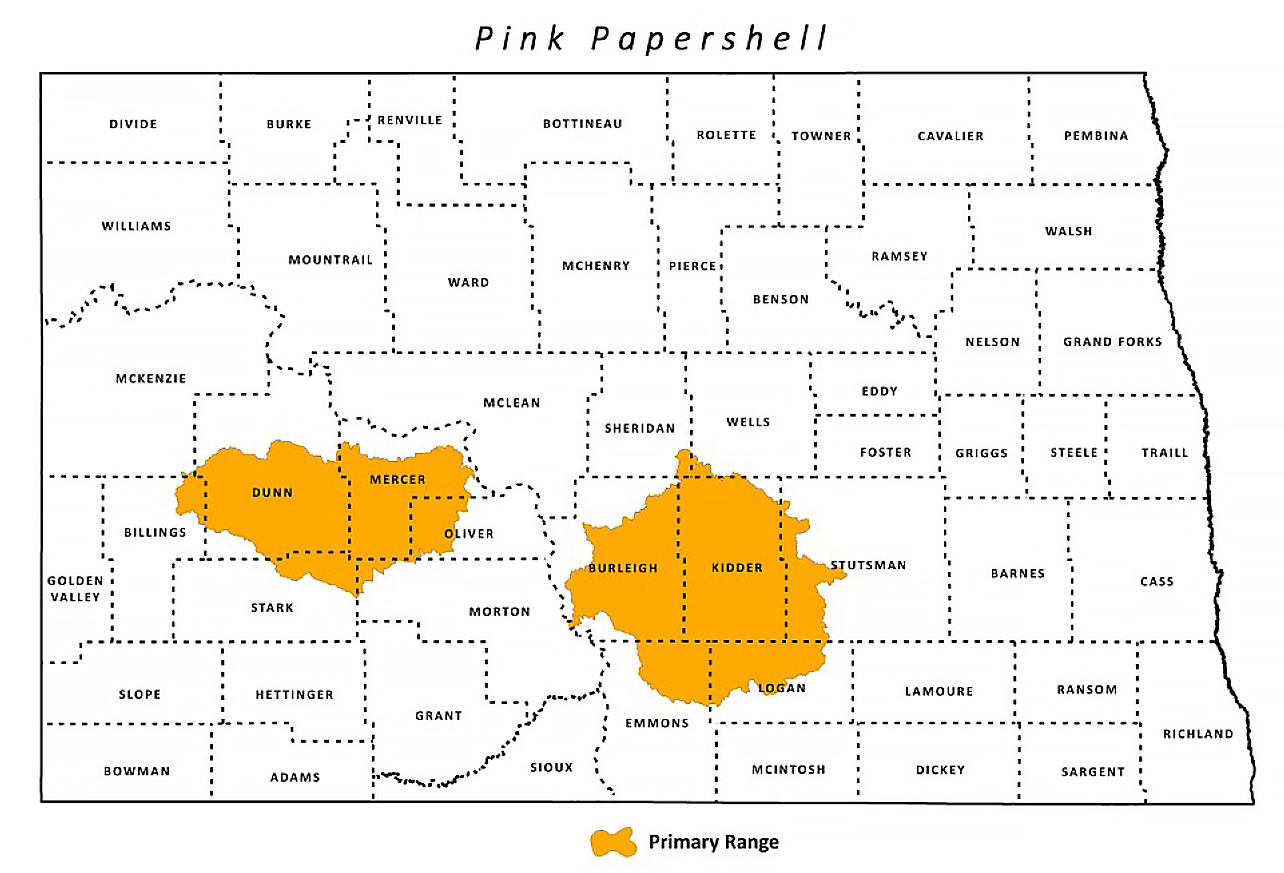